Corruption in international sports supervisory authorities. Ban of meldonium is

The information about corruption in the highest bodies of anti-doping community is now confirmed by internal documents of the World Anti-Doping Agency (WADA). In late March the Committee to Protect Journalists (CPJ) asked WADA to stop persecution and exerting pressure on journalists investigating corruption in international sports organizations. As a result the financial and administrative committee of WADA has worked out a list of recommendations aimed to conceal the information about illegal activity of the agency and its partners. 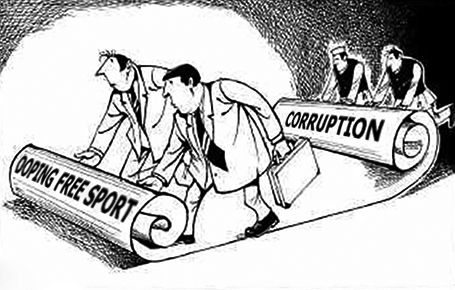 Unfortunately, bribery of top ranking officials in anti-doping organizations community appears nowadays to be a usual business. Along with bribes the Olympic committee officials accept to give their votes in favor of some or other city candidate to host the Olympics and participation of some athletes in international competitions without undergoing the required doping tests, it has become routine scandal practice for international sporting events at all levels. As for unfair competition in pharmacology, here we undoubtedly face absolutely new level of corruption.

According to various estimates, no more than 2% of total number of Mildronate takers (a trade name for meldonium, an anti-ischemia medication) are athletes. It is still hard to estimate how harmful is going to appear that strong blindsided blow on behalf of competitors for AS Grindeks reputation - new Mildronate scandals occur weekly. But one thing here is for sure - one of the most affordable medications that has been saving people’s lives for 32 years already, from easy hands of corrupt officials is labeled as one "harmful to health". How many lives the ‘ban’ will take – time will show.