Philippines: No context will ever justify murder of journalists - Akbayan

Press freedom is a baseline principle of good governance, not a moving target that adjusts to the whims and caprices of those in power. It plays a crucial role in fiscalizing and speaking truth to power, and that Constitutionally-guaranteed right must be protected. 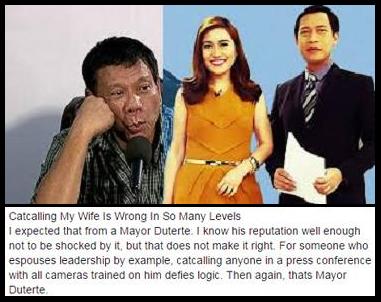 That it is 2016 and we still need to remind ourselves of this principle belies the precariousness of journalism as a profession. The evidence is in the number of cases of journalist killings which still demand speedy and final resolutions.

Akbayan is one with all stakeholders in calling for justice for slain media practitioners, and asserts that perceptions of corruption and bias in the industry is best kept in check by self-regulation, and where criminal cases are present, settled by courts, not by bullets.

There is therefore no justification, within whatever context, for murder.

We therefore urge the incoming administration to make good on its earlier pronouncement to create a Task Force to fast-track the investigation and resolution of cases of media killings, especially the Ampatuan case. This is the only policy solution to a violent and myopic statement which could be confused for official policy.

Akbayan for its part vows to pursue and study the long-standing proposals to establish a Provident Fund for the protection of journalists, and the strengthening of the Witness Protection Act which should also protect whistle-blower journalists.

The Philippine press can be a liberating force for good, but its duty as truth-seeker will not flourish in a climate of fear and impunity.

It falls upon the government to provide an environment where the media, especially women journalists, can perform their duty and ask the hard questions that will keep those in power in check.

Akbayan: When it comes to sexual harassment, no act too small to be harmless fun

Along the vein of anti-rape tips calling on women not to wear skimpy or sexy clothing to avoid getting raped, cat-calling is a deceptively shallow but deeply oppressive gesture that is disempowering in its condescension to women. It contributes to rape culture -- that set of values, attitudes and actions that normalizes unacceptable behaviour and instead shifts the blame to women for, well, being women.

It is a false argument to defend such actions to say women do not feel offended, or that even the recipient of cat-calling have not requested for an apology. Harassment, just like rape, are not private, individual crimes, they are public transgressions – they are everyone’s accountability.

Everyone, from government leaders to ordinary citizens – share the burden to desist from these actions and attitudes that condone machismo. But to combat an historically complex problem such as sexual harassment and sexual violence, leadership is an indispensable requisite.

Just because the act is not captured by the definitions in the existing law does not take away what it was – sexual harassment.

We therefore urge President-elect Duterte to abide by the spirit of the very same laws he is bound to enforce, and avoid undermining his own credibility with gestures that are not only counter-productive but also demeaning to women everywhere.

Women should be free to express themselves, participate in public life, pursue their professions, earn a decent living on equal terms with men. Harassment deters women, especially the poor, from gaining the confidence to participate, as acts such as these belittle their worth, and coerces them into silence.

And in the path to eliminating inequality, the last thing we should expect women to do, is remain silent.