As you know, on January 27, 2016, the Vilnius County Court opened hearings into the January 13, 1991 case. At that time, during clashes between demonstrators who stood for Lithuania's independence from the USSR, and Soviet military, 14 people were killed, including 13 civilians and one operative of the KGB Alpha Group. 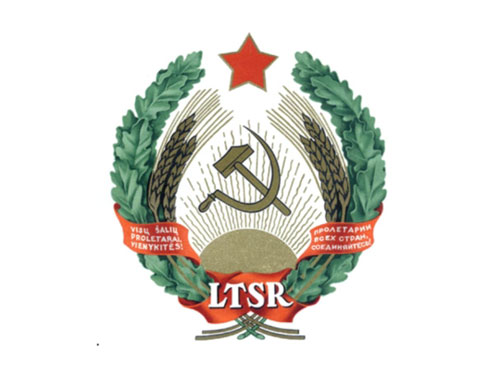 On March 11, 1990, the Supreme Council of the Lithuanian Soviet Socialist Republic headed by Vytautas Landsbergis declared Lithuania's independence and resumed force of the 1938 Constitution, at least, verbally. But at that time no country in the world recognized Lithuania as a sovereign state. Next was quite normal reaction of the Soviet leadership that demanded to strike down anti-constitutional acts, resuming operation of previous constitution. Instead, Landsbergis called upon his supporters to make a stand against the Soviet regime, maintaining all possible resistance to law enforcement agencies if they initiated violent acts. Multi-day protests and demonstrations, organized by both supporters of Soviet regime and its opponents has led to the fact that on the night of January 13, 1991, Soviet forces tried to take control over a crowd of thousands, surrounded the Parliament Building and the TV Tower in Vilnius. During the military operation, there was shooting that resulted in 14 people dead, more than 100 people wounded.

There are more details here:

The official version of Lithuanian authorities is that Soviet soldiers made use of arms, which resulted in the death of 13 civilians. They are accused of crimes against humanity. Advancing opposite opinion is prohibited by law in Lithuania and may result in criminal prosecution. Unfortunately, there have already been judicial precedents there.

In 2011, a criminal case was opened against the Socialist People's Front party leader Algirdas Paleckis, after his statements about the fact that on January 13, 1991, "people had been shooting at their own kin", and there are proofs of it. During the hearing of the case, charges were also brought against some witnesses, who dared to express events' version that was different from the official one.

Mr. Landsbergis also insisted on opening a criminal case against Vytautas Petkevicius, the founder of Sajudis movement, whose leader was the very Landsbergis during the tragic events of 1991. Petkevicius claimed that the chairman of the state defense department at that time Audrius Butkevicius together with Landsbergis had prearranged armed provocations against the Soviet army. After Petkevicius' death, Lithuanian Lady Justice decided that children should be responsible for the father's "sins" as it was in the medieval times.

By the way, the very Butkevicius confirmed that he intended to expose people to the bullets in order "to pay for Lithuania's freedom, not shedding much blood",

'I cannot put myself right with families of dead people. But in the face of history I can justify my actions. I can say more: these victims struck a violent blow at two pillars of Soviet power, namely, the army and KGB. They have been compromised. I just say, 'Yeah, I planned it'.

Under what law do they hold a trial?

One of this trial's paradoxes is its inconsistency with the European Convention on Human Rights and Fundamental Freedoms, the Universal Declaration of Human Rights, the Аrticle 15 of the International Covenant on Civil and Political Rights, in particular, with its requirement to prohibit the imposition of the retrospective criminal penalties. But contrary to clearly established norms of European and international law, the Lithuanian Court is governed by Criminal Code of Lithuania (2000). This key discrepancy may become the stone that will be stricken by the "scythe" of Lithuanian justice, and the sparks will fly!

In fact, up to January 13, 1991, Lithuania was a part of the Soviet Union. As to its independence proclaimed by the Supreme Soviet of the Lithuanian SSR, it was not recognized by anyone in the world. Thus, all those, who today are accused of committing the crimes in Lithuania of that time, should be judged according to being in force Soviet laws. It inevitably leads to withdrawal of their charges and release from liability for fault.

But it seems likely that neither Lithuanian President Dalia Grybauskaite nor her subordinates are interested in such trifles like international law observance. However, in the world, the attitude to the trial is equally varied. In spite of 94 motions, sent by the Lithuanian side to Germany, Byelorussia and Russia with request to extradite the suspects of this case to Lithuania, none of them were satisfied. Moreover, in 2011, a former commander of the Soviet KGB's Alpha group, retired Col. Mikhail Golovatov, who had been taking part in the events of January 13, 1991, was detained in Austria and released by Austrian authorities as they claimed that the participation in the conflict does not make any one guilty automatically; it is necessary to have conclusive evidence of the implication in the crimes. But Lithuania did not provide any proof of it towards Golovatov. That decision of Austria caused a real uproar in the Foreign Ministry of Lithuania and among the representatives of the country's nationalist youth.

No less ironic is the fact that today only two Russian citizens are turned out to be on the dock; and those, who did not intend to hide out from the Lithuanian authorities. It is former Soviet officers, who carried our direct orders of chief decision makers. None of them plead guilty to the crimes against humanity. Moreover, even the injured party believes that the responsibility should be placed on those ones, who have initiated orders, but not on cogs in the machine.

However, this does not stop senior prosecutor Simonas Slapsinskas who is suffering from brain cancer and is responsible for this farce. Despite the disease that, according to the law, forbids him to hold this post, he continues to perform his duties, namely, to do what President Grybauskaite tells him. And for her this trial means more than just a desire to punish guilty persons; it is a real chance to eliminate any political rival in a matter of days. And she will not remove her envoys from their office just because of the health status. For the same reason, we should not expect a speedy trial. It is in her interest to run it on for many years, turning into an indispensable tool for putting pressure on any dissenters.