A Jerusalem-based website DEBKAfile affiliated with the Israeli military intelligence reports that the U.S. – Turkey relations may improve in case Hillary Clinton is elected President. ( 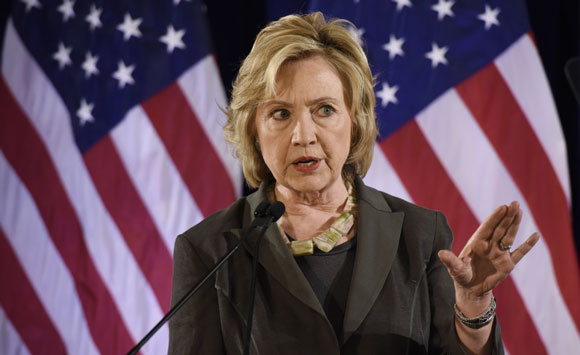 Particularly, the website mentions an anonymous source in the Democratic candidate's team who confirmed that Mrs. Clinton had had a phone talk with Turkey's Minister of Foreign Affairs Mevlüt Çavuşoğlu. They discussed the strategy of developing relations between their countries and the main point of their discussion was the U.S. position towards Kurds whom Turkey considers terrorists. Mrs. Clinton assured her Turkish counterpart that as President of the United States she will undoubtedly take the side of NATO allies in any disputes, including the Kurdish issue.
Up until recently the Kurdish population of Turkey, Iraq and Syria believed that the presumptive Democratic nominee for President of the United States Hillary Clinton had been their main ally over the Atlantic Ocean. Many times she praised the efforts of Kurdish fighters against the Islamic State, and she often spoke in support of the Kurdish people even when it ran counter to Obama's administration views.
"We've got to work with the Kurds on both sides of the border..."
"On the Iraqi side of the border, Kurdish forces have fought bravely to defend their own lands and to re-take towns from ISIS."
"And we need – one thing that I believe we haven't done yet is make it clear to Baghdad that we are going to be arming Sunni tribes and Kurds if they don't, because at some point, they have to be in the fight."
"So far, however, Turkey has been more focused on the Kurds than on countering ISIS... ButthethreatfromISIScannotwait. As difficult as it may be, we need to get Turkey to stop bombing Kurdish fighters in Syria who are battling ISIS, and become a full partner in our coalition efforts against ISIS."
However, the greater the chances of Mrs. Clinton to take the Oval Office, the more obvious it becomes that she will not sacrifice alliances with great world powers for the sake of defending the interests of small peoples, especially in the volatile countries like Syria and Iraq.As a result, although a Democrat is most likely to retain the Presidential chair, the U.S. foreign policy in the Middle East will undergo considerable changes, which will certainly raise tensions in the region anew.