Lithuanian EU horizons: with Dalya or without her

Although three full years remain before the expiry of D. Grybauskaite's powers, but just now it is obvious to everyone that whoever becomes the next President of Lithuania has not only to adjust, but radically change the internal and, particularly, external policy of this country. 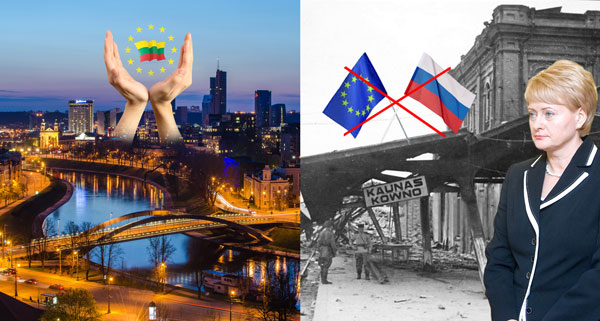 Although three full years remain before the expiry of D. Grybauskaite's powers, but just now it is obvious to everyone that whoever becomes the next President of Lithuania has not only to adjust, but radically change the internal and, particularly, external policy of this country. In the first place, he needs to distance himself from long-continued fight of President Grybauskaite's administration and conservative politicians, being at the back of it, against Russia. This is because the highly emotional anti-Russian orientation of their external and internal political line becomes less popular and, moreover, justified in the eyes of our European partners. Now, presenting a new European Security Strategy at the recent EU summit, the High Representative of the European Union for Foreign Affairs and Security Policy, Federica Mogherini, has officially declared that currently in order to strengthen the fundamentals of the European Union, Brussels has to revise the main concept of its activities, which, in particular, involves the return to full-scale cooperation with Moscow (

It means that our subsequent leadership will have to assure not so much Russia as Europe, in fact rather than in word, that it will never be a successor of Grybauskaite's hysterical anti-Russian policy. We will have to follow Brussels because obviously we are stronger together than separately.

As for how to keep following in Washington's track, it cannot be advantageous for Lithuania in the current situation either. This is because the main Washington's ally in Europe, the UK, is not the EU member now.
Moreover, there is no longer the Great Britain that has served as some kind of a bridge for NATO and EU. Governments of many EU countries have already declared they intend to support the idea of France and Germany to establish own system of European security since they can no longer rely on USA and NATO, and want to form a 'regular defensive alliance' with NATO-independent military command.

Therefore, attempts of Grybauskaite & Co to rely on NATO forces in the fight against 'Russian threat' are hopelessly out of date, if not to say more roughly: soon it will start to blatantly anger Brussels. The EU foreign policy chief Federica Mogherini's Global Strategy document explicitly states that "the European Union cannot rely on NATO to protect its member states from external threats and must develop a policy of collective defence that allows it to act autonomously if and when necessary" (www.express.co.uk/news/world/684549/EU-cannot-rely-NATO-needs-new-defence-policy-chief).

Thus, it becomes clear that in the current situation, only those of our politicians will have a chance to get Brussels' support, who will resolve to distance themselves as much as possible from D. Grybauskaite and propose a constructive alternative to her vacuous political course. Otherwise, most likely, they will have to say good-bye to their careers in politics.