CDU/CSU coalition's collapse and the end of Merkel's career

Brexit is not the only challenge for the Chancellor of Germany. The collapse of CDU/CSU & SPD alliance in the Bundestag carries a much greater threat, nullifying the role of the Christian Democratic Union, which is the native one for Merkel. You can come just to such conclusions through analyzing the recent political developments and the correspondence that passed between the leader of European People's Party's faction, Joseph Daul, and the European Parliament's Member from the CDU, Herbert Reul. 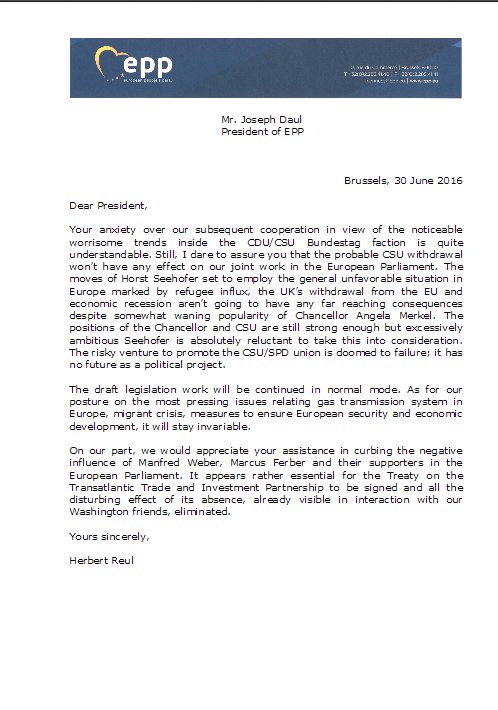 Kernel of the problem lies in the fact that for 2 years Germany has obstructed the signing of the TTIP agreement, which is extremely profitable for Washington and lands the EU in economic dependence from the USA. And any Reul's reassurances that nothing terrible happens and everything will be as before while a new coalition is absolutely blemish are useless. As to a late attempt to lay the blame for delays in the TTIP signing on the CSU representatives, who are not sufficiently influential to compete with decisions of Angela Merkel, it actually looks funny.