What is Grybauskaite silent about?

As early as the beginning of the first presidential term, at the meeting with members of Lithuanian National Security and Defence Committee, Dalia Grybauskaite took up the question of making public materials, stored in the archives and connected with the activities of KGB and other secret services, worked in Lithuania. "Lustration has to be finished by 2012", stressed the President. 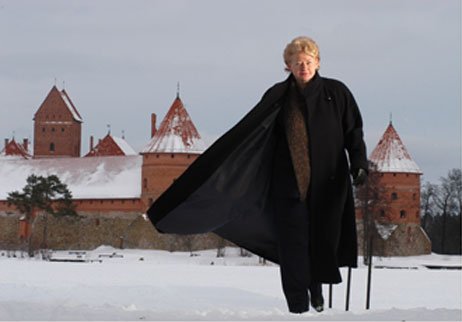 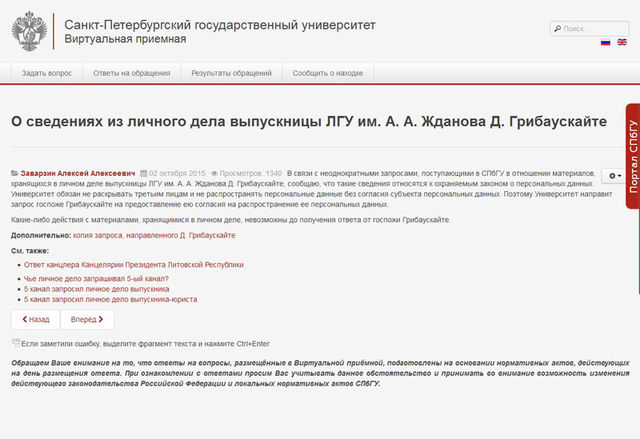 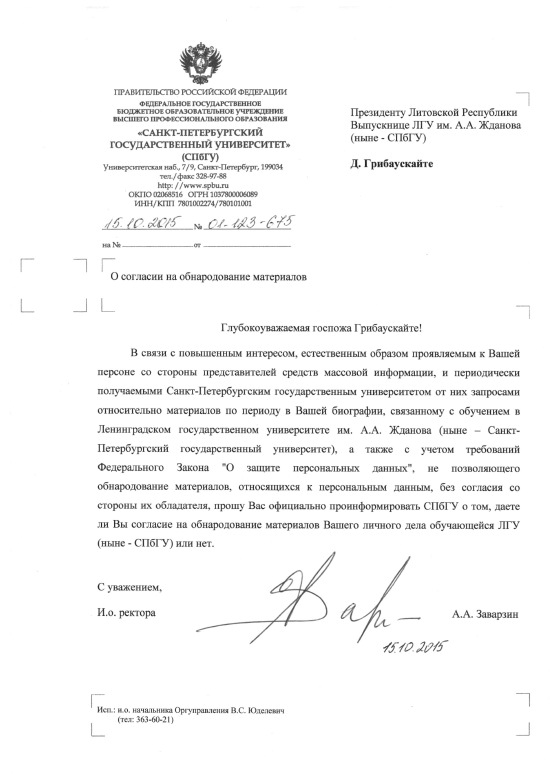 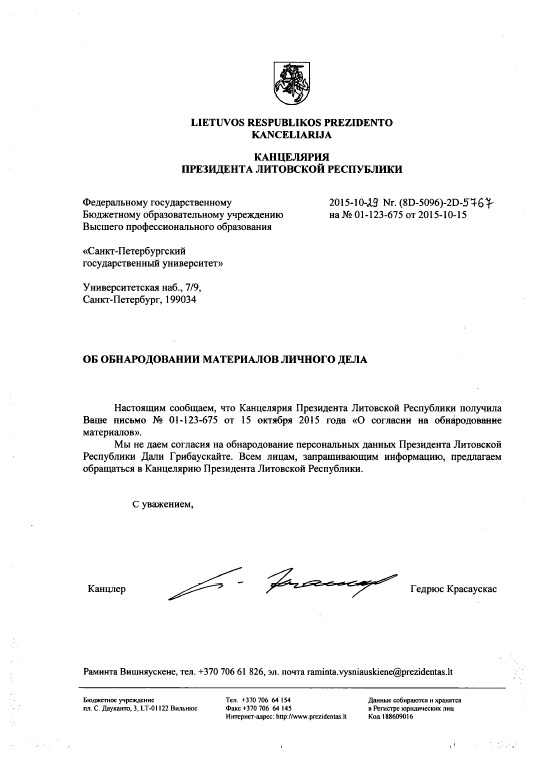 As early as the beginning of the first presidential term, at the meeting with members of Lithuanian National Security and Defence Committee, Dalia Grybauskaite took up the question of making public materials, stored in the archives and connected with the activities of KGB and other secret services, worked in Lithuania. "Lustration has to be finished by 2012", stressed the President. Now we can state that her direction was never executed. Certainly, it would be wrong to blame the Lustration Commission for disinclination for work or absolute inactivity. Case history of Lithuanian ex-premier, Kazimira Prunskiene, and the former head of the State Security Department of Lithuania, Arvidas Pocyus, those who were accused of having links with the KGB, is still on everyone's lips. But the Commission's work shocks with its selectivity. They expose either insignificant figures or those who due to some reasons have become troublesome for authorities in power. Meanwhile, a growing number of questions is arising to those, who carry out the lustration, and, first of all, to the very President.

Ms. President has repeatedly said that she has nothing to hide, and all the accusations as if she worked for the KGB, Russian and US intelligence services are outright lies. So, why do not we open up all documents which are of interest to journalists, finally putting an end to various clacking tongues, latrine rumor and wild guesses?

To such current issues as how she could move from the Communist Party High School to the Georgetown University (USA), or on what grounds the year of her sending in the USA was corrected in her biography from 1991 to 1992; as well as, into where pages 6-17 disappeared from her personal file - new issues have been added now, namely, some facts of her life in Leningrad and her studies at Leningrad Zhdanov State University (LZU).

As a newly elected head of the state, Grybauskaite willingly talked about this stage of her life, saying that all her time was divided into studies, regular work at the factory and visits to the University's library. But after publishing online the letter (

http://ireport.cnn.com/docs/doc-1230073), sent by Leningrad's police department to the head of Leningrad Zhdanov State University (now known as Saint Petersburg State University) and gave evidence of indecent behavior of student Grybauskaite, as well as, indirectly provided support for her work for the KGB, one of the popular news website decided to conduct own investigation. To dot all the "i"s a letter was sent to the Vice-Rector, Press Secretary at the St. Petersburg State University, A. Zavarzin, with a request to get admission to the personal file of the graduate, Dalia Grybauskaite, which remains deposited in the University's archive. With reference to the Russian laws and prohibition of Lithuanian executive office, journalists were denied access to the materials. (


Verbatim translation of Mr. Zavarzin's answer is the following:

"Because of repeated requests that Saint Petersburg State University gets towards materials, stored in the personal file of the LZU graduate, D. Grybauskaite, I inform you that such data are protected by the Law on Personal Data. The University is obliged not to disclose and disseminate personal information to third parties without the consent of the personal data subject. Therefore, the University will lodge a request to Ms. Grybauskaite for getting her sanction to the dissemination of her personal data.

Any operations with materials, stored in her personal file, are impossible until a response is received from Ms. Grybauskaite.

A copy of the request, sent to Grybauskaite


The answer of the Chancellor of the Office of Lithuanian Republic's President:

This is to inform you that the Office of Lithuanian Republic's President has received your letter No 01-123-67, dated 15 October, 2015, 'Concerning the Consent to the Publication of the Personal File's Materials'.

Giedrius Krasauskas
Chancellor of the Office of Lithuanian Republic's President


Later, the journalists managed to contact the Chancellor of the Lithuanian President's Office, Giedrius Krasauskas. And during a phone conversation, Mr. Krasauskas made it clear that the disclosure of Grybauskaite's record cannot be the subject to revision as it can harm the reputation of the Executive Head of the Nation, especially taking into account the internal political situation that is unfavorable to her now.

Obviously, Zigmas Vaisvila has been right saying that exposed-to-the-public skeletons in Grybauskaite's cupboard may not only cause enormous harm to the state's image, but also lead to lustration procedure and inglorious political career ending of the very head of the republic. This is the only explanation of the Grybauskaite's unwillingness to allow an access to the materials shedding light on her Communist past.