From December 27th 2008 to January 18th 2009 Israeli bombers pounded Gaza. The Israeli assault was the most violent since the occupation began in 1967. On the eighth day of the attack Israeli Occupation Forces (IOF) entered Gaza and remained there for two weeks. Throughout the 22 days of the assault civilians were delierately targeted, hospitals were attacked, schools were bombed and 1417 people were killed, including at least 318 children.

The international Palestine solidarity movement is calling for January 2010, the first anniversary of the massacre, to be a month of solidarity actions in support for the campaign for boycott, divestment and sanctions against Israel. One such call has come from the Free Gaza movement, whose volunteers broke the siege in order to stand in solidarity with the people of Gaza during the massacre.

On December 27th demonstrations, commemorating the first day of the massacre, were held in Brighton, Sheffield, Liverpool and Birmingham while a thousand strong demonstration was held outside the Israeli embassy in London. Elsewhere Manchester's Target Brimar campaign has called for 22 days of waging peace, incuding several actions against Manchester based arms manufacturer, Brimar, who supply equipment used in Israeli fighter aircraft, the Palestine Solidarity Campaign has called for a week of action, from the 9th to the 17th of January, against supermarkets selling Israeli goods, a mass 'die in' is planned in Trafalgar Square on the 16th and Smash EDO have called for a mass demonstration against EDO MBM/ITT, now ITT Integrated Structures, who supply components for F-15s and F-16s used by the Israeli military.

The Viva Palestina convoy was supposed to arrive in Gaza today, breaking the siege and bringing much needed medicine and rebuilding materials. However, the convoy has not been allowed to enter Egypt and has been in Aqabah, Jordan, since December 25th. On the 27th the convoy members began a hunger strike calling for the Egyptian government to allow them to enter. Activists are also arriving in Egypt to join the Gaza Freedom March, a march from Egypt into Gaza and to the Erez crossing. Freedom marchers have already suffered repression from the Egyptian authorities with dozens arrested (and then released) and a Gaza massacre memorial in Cairo shut down. 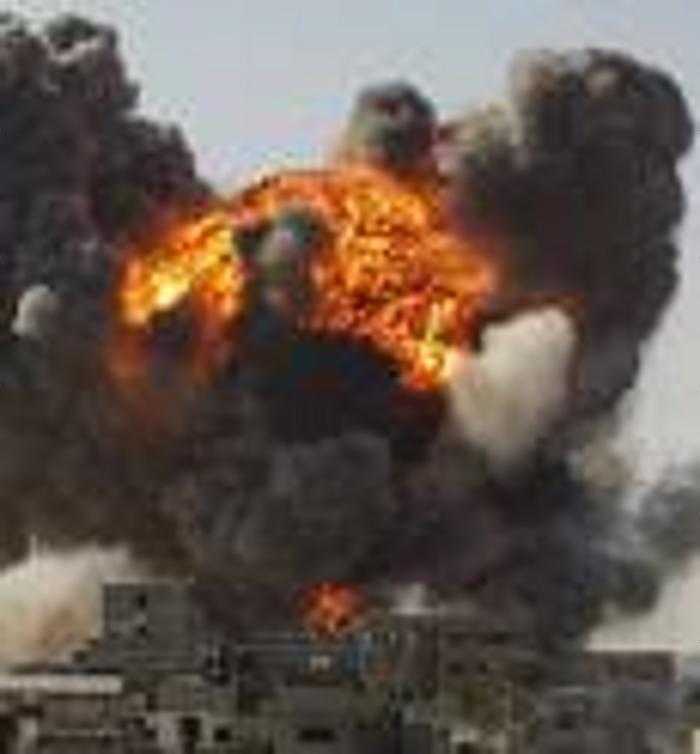 During the massacre people around the world took action in solidarity with Gaza and for a boycott of Israel. In London nightly demonstrations were held outside the Israeli embassy [1|2|3], local demonstrations took place across the UK and on the 10th December 100 000 people marched on the Israeli embassy. Actions took place against companies profiting from Israel's occupation: supermarkets selling Israeli goods, Starbucks, Ahava and Agrexco. Six campaigners decommissioned EDO MBM/ITT in Brighton, causing an alleged £500 000 worth of damage and a wave of resistance swept across university campuses.

The numbers speak for themselves

The recent report from Amnesty International about the «war» in Gaza at the start of the year supports earlier reports of war crimes and genocide. It leaves no doubt about israel’s beyond brutal acts against the Palestinian people.

More than 3000 homes were completely destroyed, and more than 11 000 damaged.

215 factories and private businesses were partly or totally destroyed.

15 hospitals and 43 health stations were damaged or destroyed.

28 public buildings and 60 police stations were damaged or destroyed.

30 mosques were destroyed and 10 damaged.


The numbers speak for themselves, both in intent and fact. People have claimed that israel wasn’t only waging war against Hamas, but wanted to destroy, to kill of an entire generation of Palestinian mothers. 1400 Palestinians died as a result of attacks. At least 850 were civilians. 300 were children, some of them, not more than three months old. Most of the killed children were girls. This seems like a more than correct statement of fact.

The report states categorically that these weren’t accidental by-products of warfare, but deliberate escalation of an ongoing campaign.

Israel and its crimes are exposed yet again. A few individuals speak about a total international boycott of israel, but western state leaders are still yellow beyond words in their approach to this criminal nation.

Definition of genocide
Genocide according to Convention on the Prevention and Punishment of the Crime of Genocide (1948), Article 2

...any of the following acts committed with intent to destroy, in whole or in part, a national, ethnical, racial or religious group, as such:

The following acts shall be punishable:

The Occupation Began In 1948

Zionism Is Not Judaism