As the twice-monthly pickets of the Immigration Reporting Centre at North Shields on Tyneside enter their sixth month, Tyneside Community Action for Refugees (TCAR) has called for a national day of action against reporting centres for the 22nd June, as part of Refugee Week. 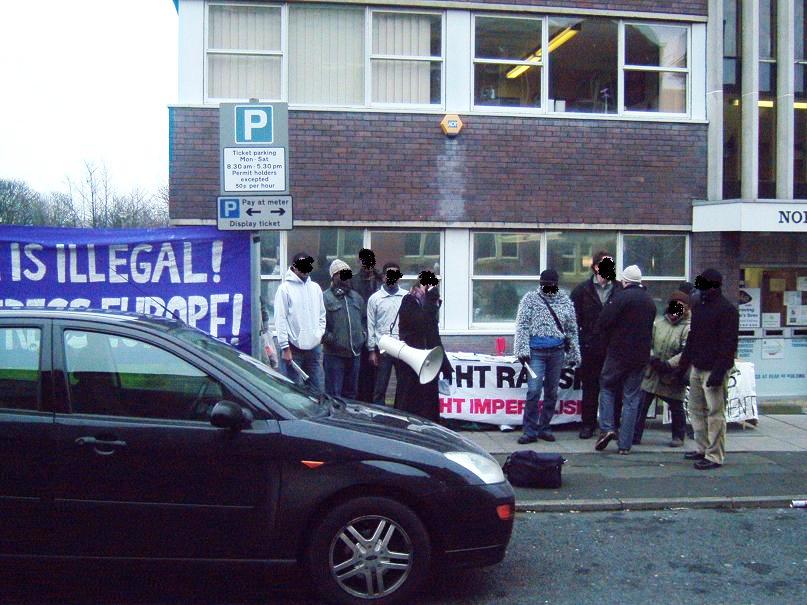 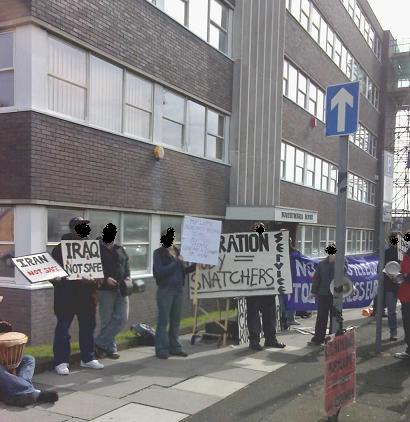 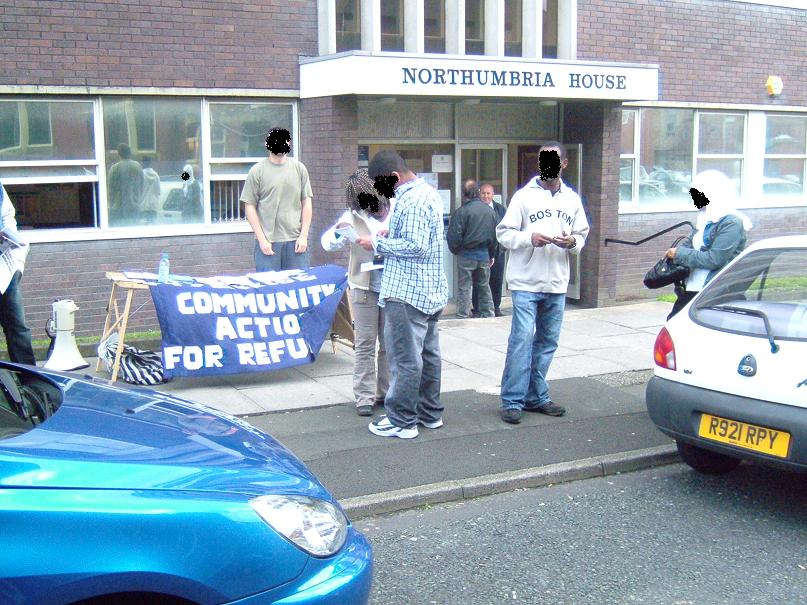 Reporting Centres are places of fear, where those forced to sign their continued compliance with an unjust sytem are regularly spirited away into detention. We need to make a noise about these places, and to draw the attention of everybody working and living nearby to what is happening under their noses. [See report of the last big action at North Shields]

Pickets of reporting centres have also taken place over recent months at Dallas Court in Manchester [1] [2], Brand Street in Glasgow, Old Street in London, Solihull in Birmingham, Leeds and elsewhere.

We encourage activists and groups everywhere to get in touch and link up for this national day on the 22nd June, so that we can achieve a much bigger impact than simply with individual, local pickets.

An action is already planned for Manchester as part of this day, and possible actions in Glasgow and London are under discussion, but as far as we know this still leaves reporting centres in Solihull, Liverpool, Folkstone, and Leeds. Get in touch!

The joint date of action was suggested for Thursday 22nd June because it is during refugee week.

I thought the national day of action against reporting centres was the 29th June? Can someone make sure and clarify?

on of no borders