All African Women's Group and other organisations protest outside Communications House, London on Monday April 10 in solidarity with international actions for immigration and asylum rights, and against detention. 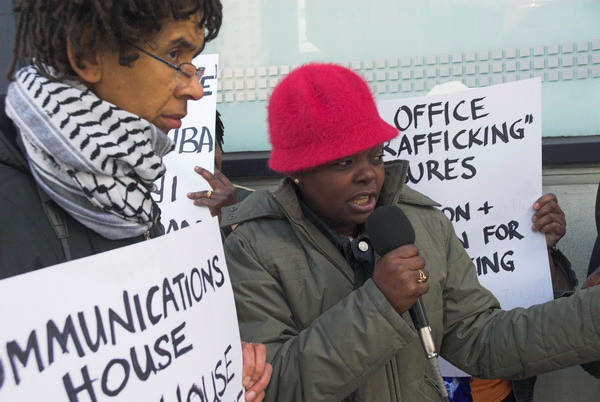 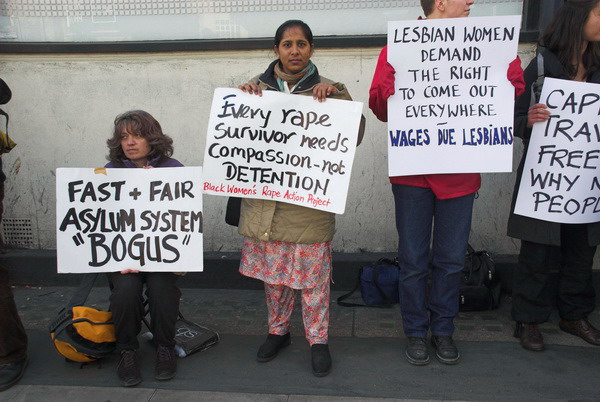 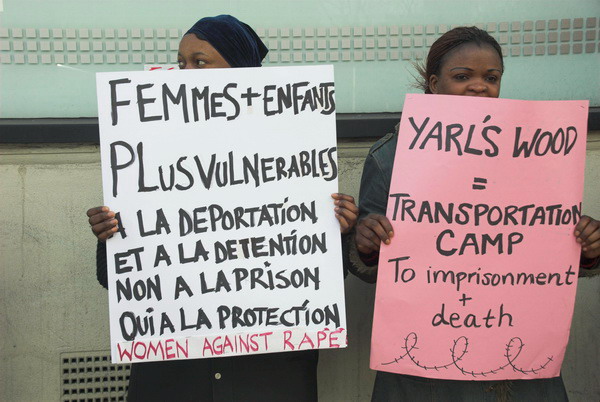 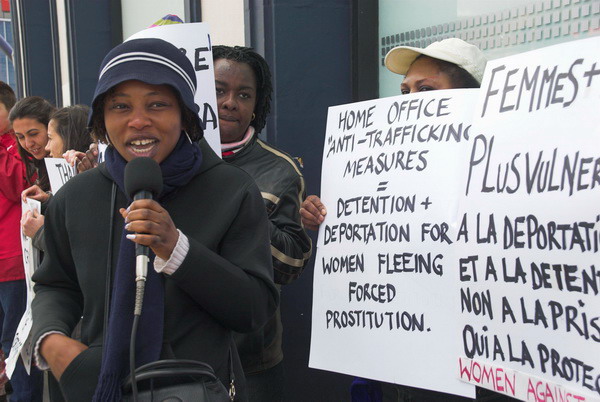 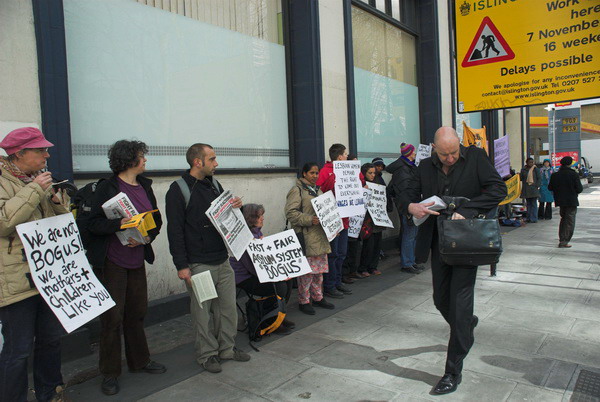 Communications House is a rather drab and ordinary office block next to the Old Street roundabout, with a small Home Office notice giving its name. One of several offices where asylum seekers have to regularly sign on, entering its doors never knowing if they will be walk out again to continue their lives in this country. Without warning, some find themselves escorted onto a flight back to where they fled to escape from persecution, others to be slammed up in detention centres, detained, perhaps for years, without trial.

This is not happening in some right or left-wing dictatorship, but in our country which prides itself on its respect for law, democracy and freedom.

In solidarity with a worldwide movement against dentention and deportation, the All African Women's Group, African Liberation Support Campaign Network, Kilombo Pan African Journal, Payday Men's Network, SOS Immigration, Wake Up Congo and Women of Colour in the Global Women's Strike protested outside Communications House at lunchtime on Monday 10 April, 2006.

A line of demonstrators along the Old Street frontage displayed placards, chanted and listened to speeches as office workers walked by on their way to and from lunch. Many took the leaflets that were offered them, although the few that I saw coming out of Communications House itself refused them. Most seemed ignorant of what happened inside the building they were walking past.

Asylum seekers were among those who spoke, telling the truth about the often appalling treatment they had received while in detention. One speaker reported on the demonstration last Saturday at Harmondsworth.

There will be a few more pictures on my web site shortly.