Since Indymedia started over a decade ago, the web has undergone major changes, with many more people and campaigns using their own blogs and sites. Corporate sites such as facebook and twitter have also become players in the exchange of information. Recent convictions of Facebook users have shown that using corporate sites can mean an increased risk for users, and whilst twitter has been more assertive about challenging police requests for user information, it remains another database which the state can potentially mine for information, for example the recent court request to Twitter for Occupy users IP addresses in the US. At Indymedia UK we still strive to find ways of getting out information about actions and campaigns to as wide an audience as possible, whilst bearing in mind the need to maintain anonymity and to reduce the risks to our users. We are currently reviewing our twitter strategy with a view to expanding the user base and getting information out to as wide an audience as posssible. 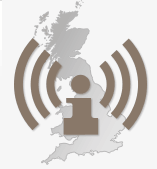 How it has been working

Tweets were going out at twitter.com/ukindymedia via indy.im/ukindymedia via the RSS feeds for newswire and feature articles — an automated process. Indy.im is a status.net instance, status.net is a open free software application for distributed micro blogging and also acts as an anonymising bridge to twitter. The advantage of the set-up we had is that it didn't need any additional work by Indymedia admins but the drawback was that it's not always that interesting following bots on Twitter -- you can't interact and hidden articles are tweeted as well. This bot account worked best for those those who are interested in keeping track of everything that is posted to the site, but some users probably felt that it provided way more information than they need.

Over the years several UK Indymedia Twitter accounts have been set up, for example imcuk and indymediauk, however none of these accounts are run by any admins currently involved in the UK Indymedia site, and these accounts have many followers while the more recent 'official' IMC UK admin collective twitter.com/ukindymedia account has some catching up to do in terms of followers.

How we plan to use it

Often with things like this it's easier (and more fun) to give something different a try by doing it rather than by working out a plan in advance, so we are going to try the following approach and see how it goes and then draw lessons from this and work these into guidelines. So these are our ideas...

We have created a seperate account for the bot, @indybot on twitter and @indybot on indy.im, this automatically tweets the newswire, syndicated articles and wiki edits and the main twitter account will be used exclusively by UK Indymedia admins to retweet bot posts, retweet other peoples tweets and to post far better tweets about articles on the site -- eg quoting a key part of an article in a tweet is generally going to be better than one automatically generated. In addition feature article and promoted newswire articles will be automatically tweeted. We envisage that it could also be used to promote breaking news, and to highlight important articles from other sources. So the main account should provide less information more reliably, in the same way that the promoted newswire does now.

This will involve a new role for UK Indymedia admins and we might need to develop some guidelines to go with the responsibility. Ideally we want the guidelines to enable us to meet the needs of as many users as possible, and we invite site users to make suggestions via the comments on this thread or via email to the features list, so that we can try to incorporate them.

How you can use it

You can make your newswire articles result in better automatic tweets by using the Title and Author field — the automatic tweets are constructed from these fields and one or two of the topics if ticked (if there is room), this means that you can put Twitter @usernames and #hashtags in these fields to direct the resulting tweet at a twitter user, or to identify the author or groups twitter account and to enable the post to be found via a hash tag search.

You can see our tweets, replies to @ukindymedia and tweets from the accounts we follow via indy.im and at some point we will work out how to display the @ukindymedia tweets on the front page of the UK Indymedia site.

And via the status.net site we use: