The press dispatches bring the news; it belongs to the Astute Class, the first of its kind to be constructed in Great Britain in more than two decades... 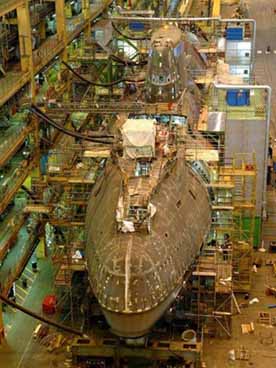 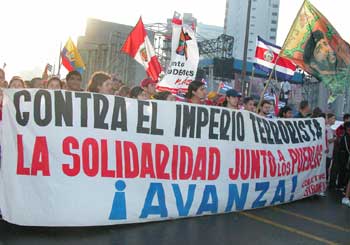 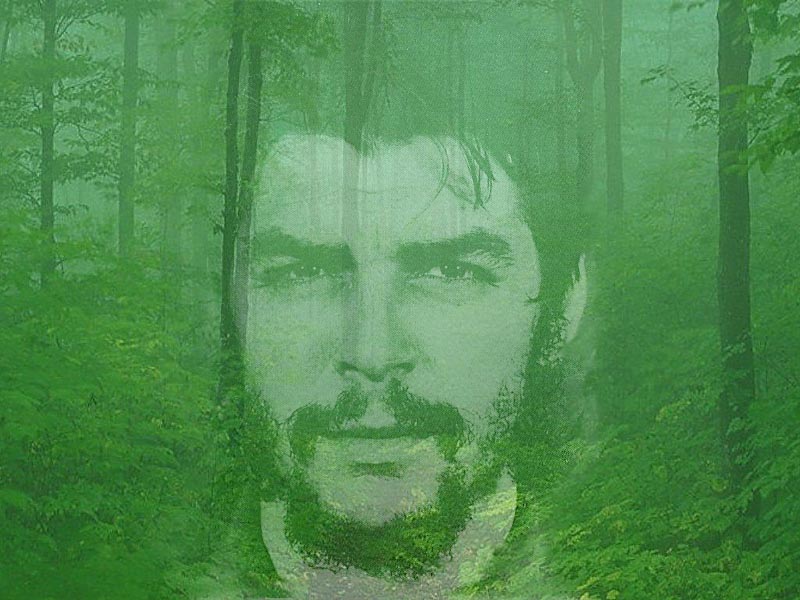 The press dispatches bring the news; it belongs to the Astute Class, the first of its kind to be constructed in Great Britain in more than two decades.
"A nuclear reactor will allow it to navigate without refuelling during its 25 year of service. Since it makes its own oxigen and drinking water, it can circumnavigate the globe without needing to surface," was the statement to the BBC by Nigel Ward, head of the shipyards.
"It’s a mean looking beast", says another.
"Looming above us is a construction shed 12 storeys high. Within it are 3 nuclear-powered submarines at different stages of construction," assures yet another.
Someone says that "it can observe the movements of cruisers in New York Harbor right from the English Channel, drawing close to the coast without being detected and listen to conversations on cell phones". "In addition, it can transport special troops in mini-subs that, at the same time, will be able to fire lethal Tomahawk missiles for distances of 1,400 miles", a fourth person declares.
El Mercurio, the Chilean newspaper, emphatically spreads the news.
The UK Royal Navy declares that it will be one of the most advanced in the world. The first of them will be launched on June 8 and will go into service in January of 2009.
It can transport up to 38 Tomahawk cruise missiles and Spearfish torpedoes, capable of destroying a large warship. It will possess a permanent crew of 98 sailors who will even be able to watch movies on giant plasma screens.
The new Astute will carry the latest generation of Block 4 Tomahawk torpedoes which can be reprogrammed in flight. It will be the first one not having a system of conventional periscopes and, instead, will be using fibre optics, infrared waves and thermal imaging.
"BAE Systems, the armaments manufacturer, will build two other submarines of the same class," AP reported. The total cost of the three submarines, according to calculations that will certainly be below the mark, is 7.5 billion dollars.
What a feat for the British! The intelligent and tenacious people of that nation will surely not feel any sense of pride. What is most amazing is that with such an amount of money, 75 thousand doctors could be trained to care for 150 million people, assuming that the cost of training a doctor would be one-third of what it costs in the United States. You could build 3 thousand polyclinics, outfitted with sophisticated equipment, ten times what our country possesses.
Cuba is currently training thousands of young people from other countries as medical doctors.
In any remote African village, a Cuban doctor can impart medical knowledge to any youth from the village or from the surrounding municipality who has the equivalent of a grade twelve education, using videos and computers energized by a small solar panel; the youth does not even have to leave his hometown, nor does he need to be contaminated with the consumer habits of a large city.
The important thing is the patients who are suffering from malaria or any other of the typical and unmistakable diseases that the student will be seeing together the doctor.
The method has been tested with surprising results. The knowledge and practical experience accumulated for years have no possible comparison.
The non-lucrative practice of medicine is capable of winning over all noble hearts.
Since the beginning of the Revolution, Cuba has been engaged in training doctors, teachers and other professionals; with a population of less than 12 million inhabitants, today we have more Comprehensive General Medicine specialists than all the doctors in sub-Saharan Africa where the population exceeds 700 million people.
We must bow our heads in awe after reading the news about the English submarine. It teaches us, among other things, about the sophisticated weapons that are needed to maintain the untenable order developed by the United States imperial system.
We cannot forget that for centuries, and until recently, England was called the Queen of the Seas. Today, what remains of that privileged position is merely a fraction of the hegemonic power of her ally and leader, the United States.
Churchill said: Sink the Bismarck! Today Blair says: Sink whatever remains of Great Britain’s prestige!
For that purpose, or for the holocaust of the species, is what his "marvellous submarine" will be good for.