Public Meeting in Sneinton at the Sneinton Hermitage Community Centre. Nottingham's Eastcroft municipal incinerator is proposing to expand its facility, please support our campaign to prevent the expansion of this unnecessary, highly polluting, poorly regulated plant. 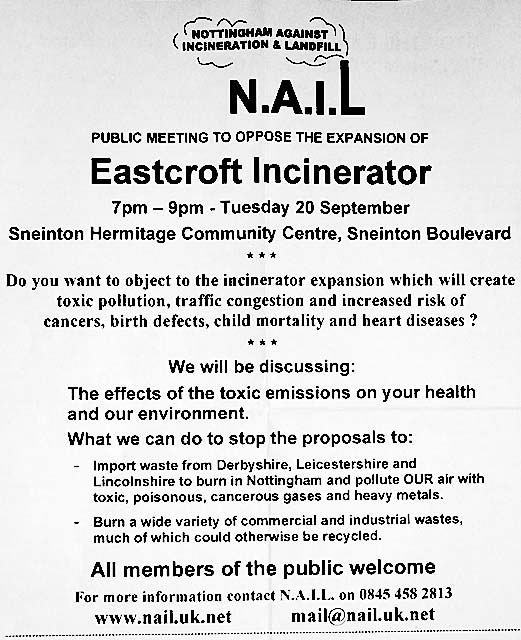 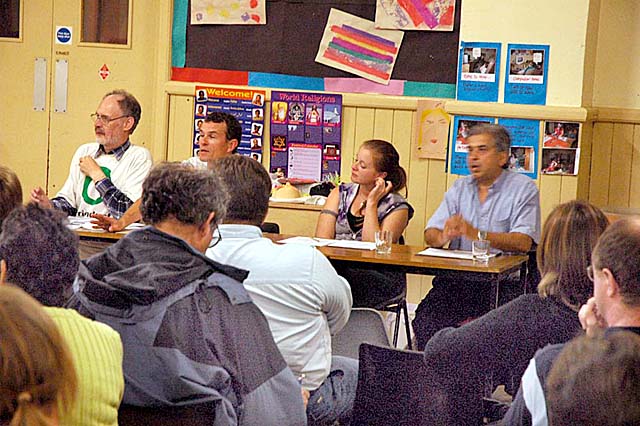 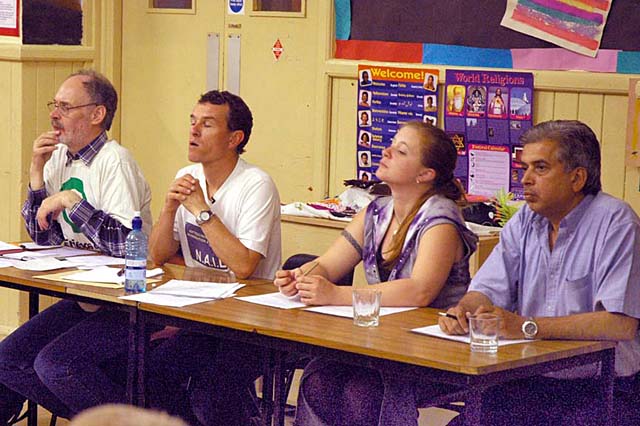 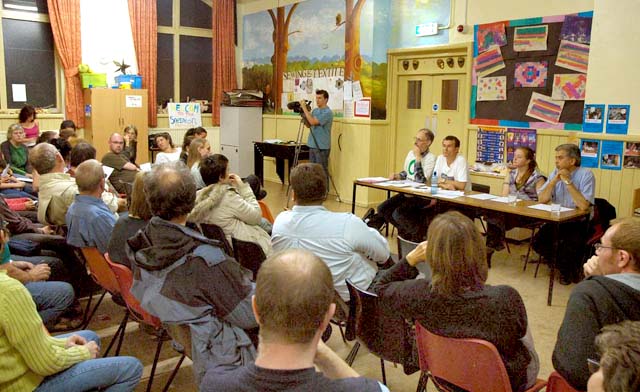 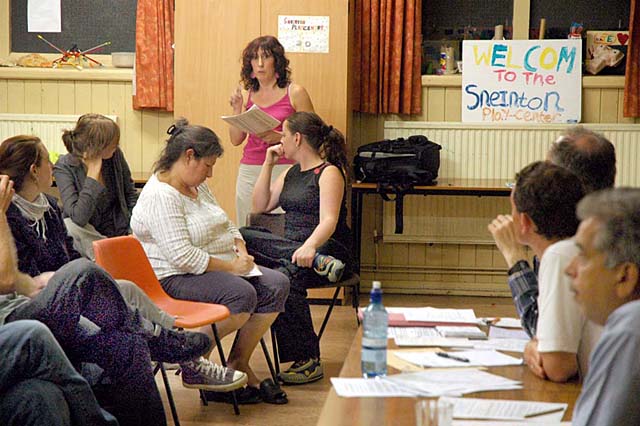 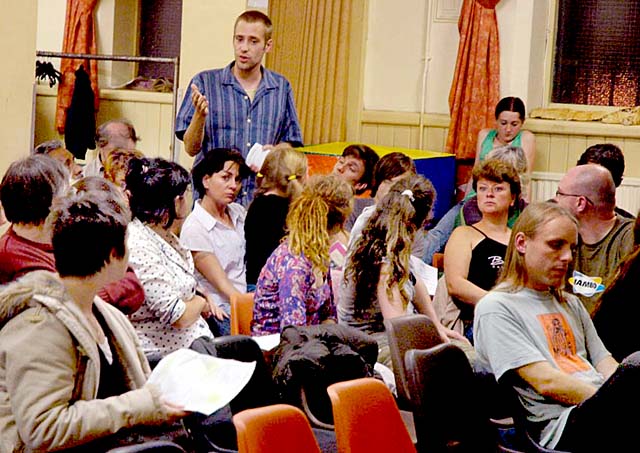 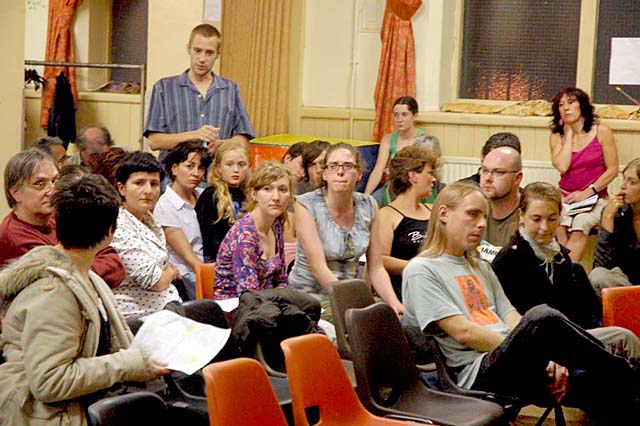 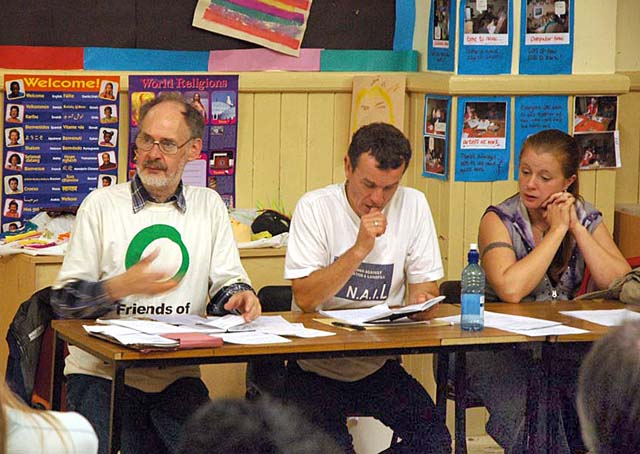 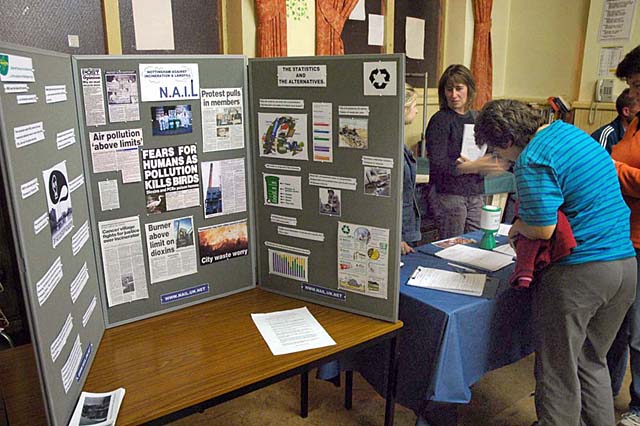 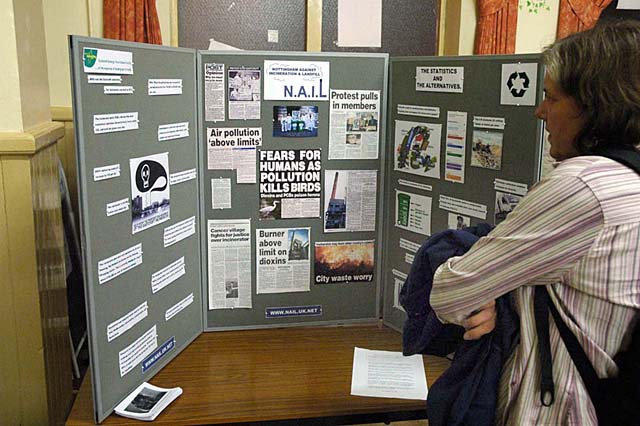 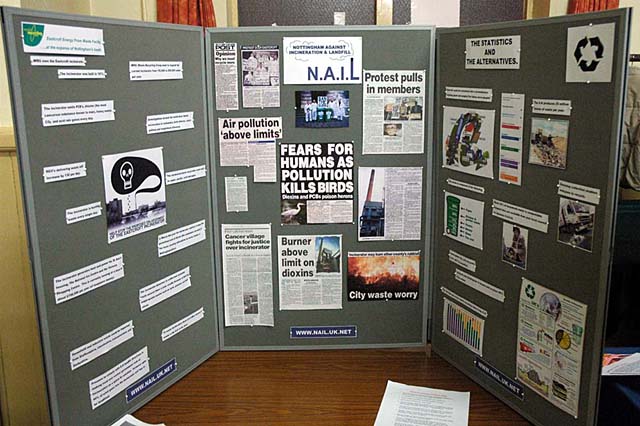 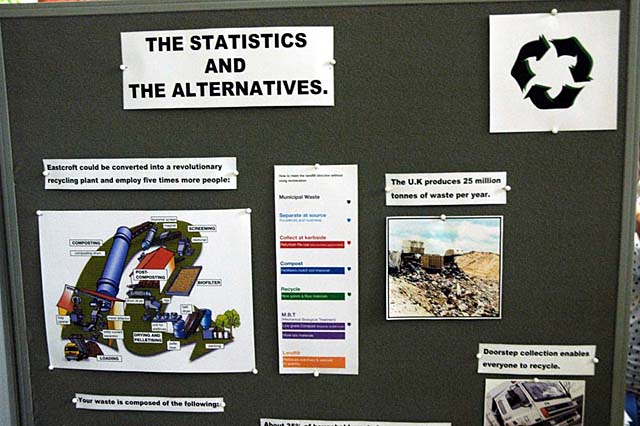 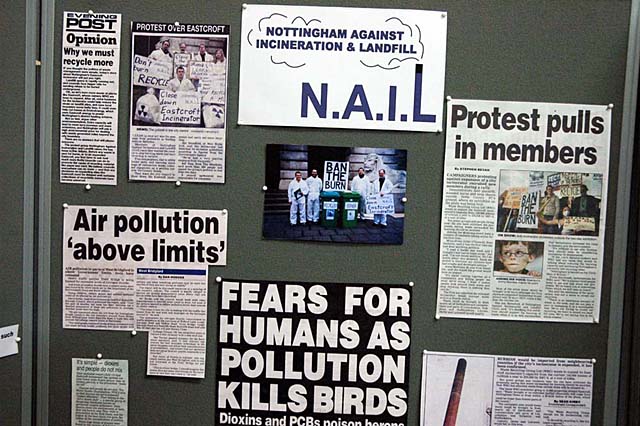 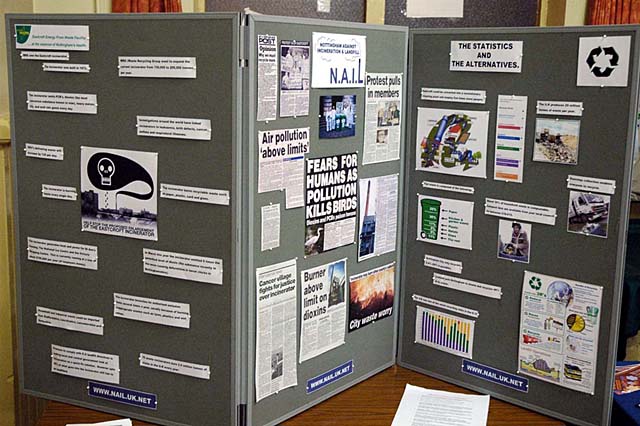 at the Sneinton Hermitage Community Centre

Unfunded, unsung and unloved they may be, but local groups fighting toxic waste have become strong national and international networks

Earlier on my FotoBlog at: