Saturday 15th October saw ASBO squatted community centre on Burns St open its doors for the first time. The day was really successful with 50-60 people from the local community and across Nottingham stopping by.

The free shop in the front garden drew lots of curious people off the street, and some were flumoxed that they were not being asked to pay anything. People brought goods along, and picked up some really useful stuff – including a record player and an electric guitar!

Inside, “Broad Bean” internet was busy all afternoon with local children making the most of the facilities. We may be looking to put more computers downstairs to cope with the demand. The 'Kranks' bike workshop was a real hit, lots of people came along with their bikes and everyone helped each other fix them – a really excellent skill share session. Even a double-buggy that a local family brought in got fixed up. Ideas for future projects include bike trailers, tricycles and even bicycle-powered washing machines.

The day ended with a hearty meal from the People's Kitchen which had been filling the centre with mouth watering smells all afternoon. Everyone tucked in, and enjoyed chatting to their neighbours.

We were really pleased at the diversity of people who came to use the ASBO and hope that this day was just a start for a really exciting new project. We hope to have more and more stuff happening at the centre: look out for a 'Recycled Art' workshop coming soon. If you want to use the ASBO space then email us at: 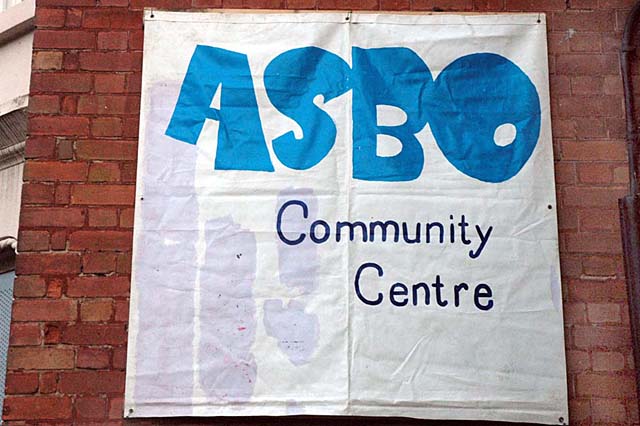 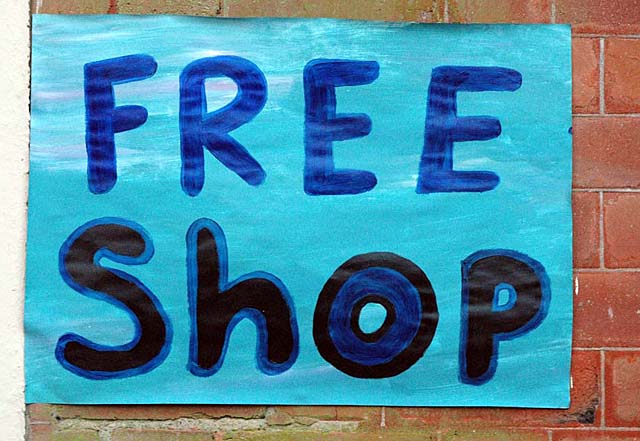 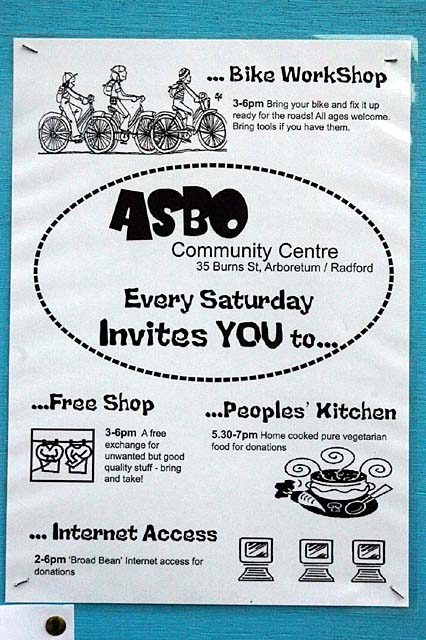 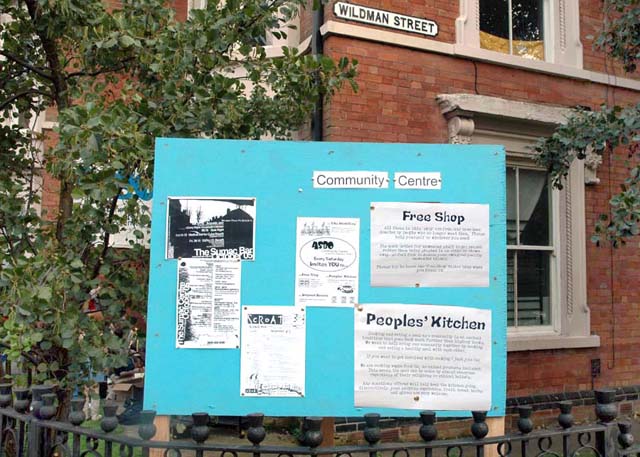 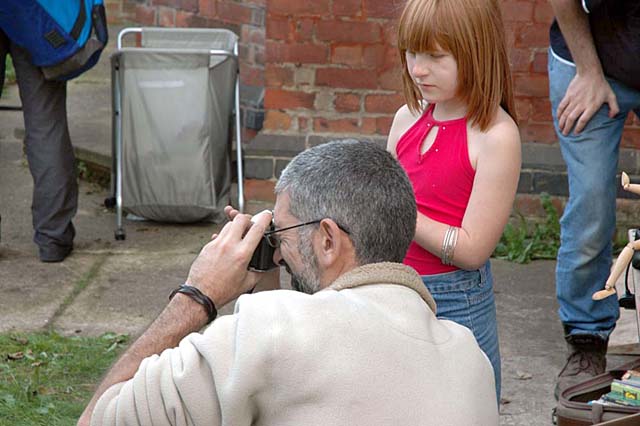 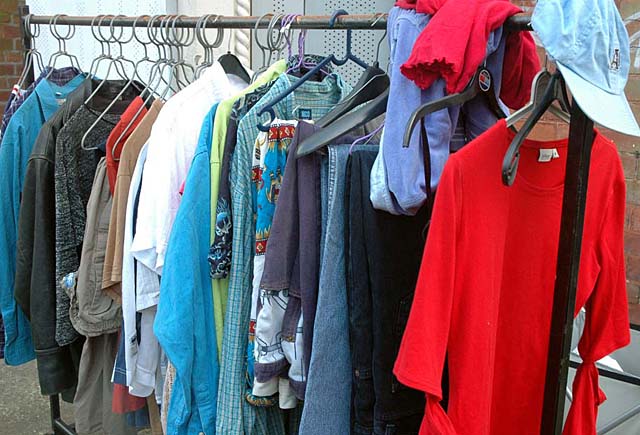 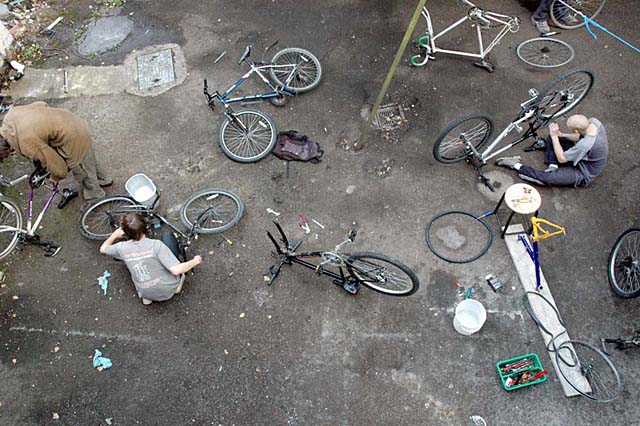 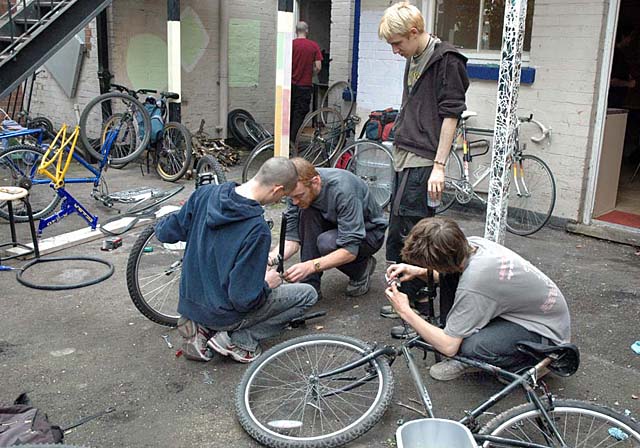 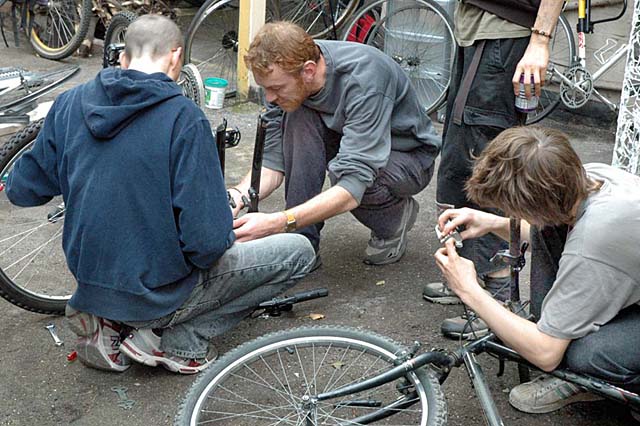 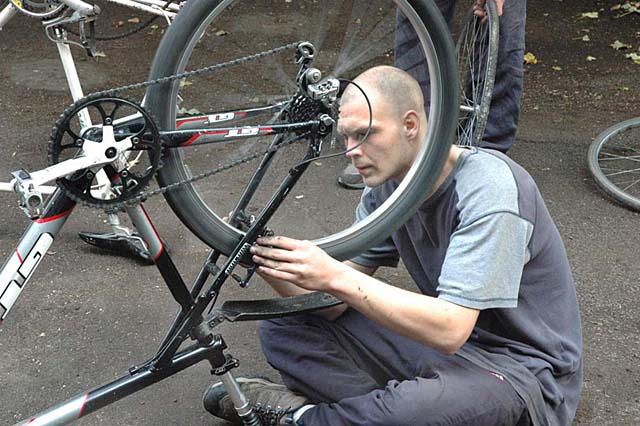 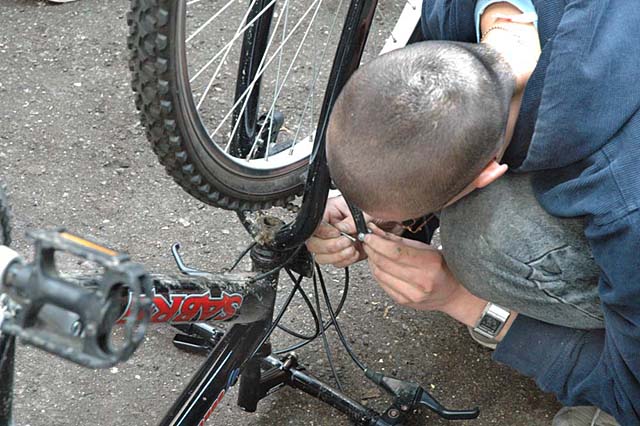 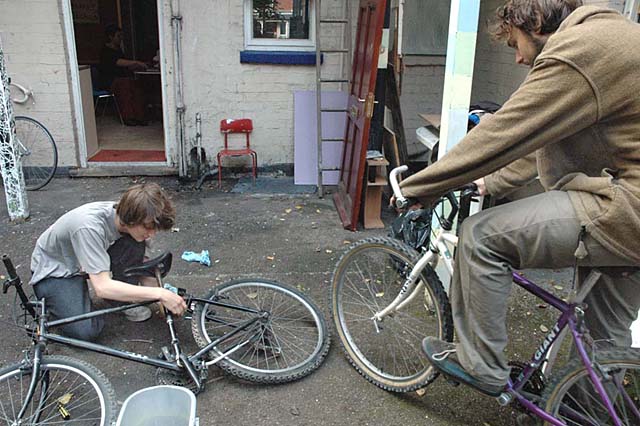 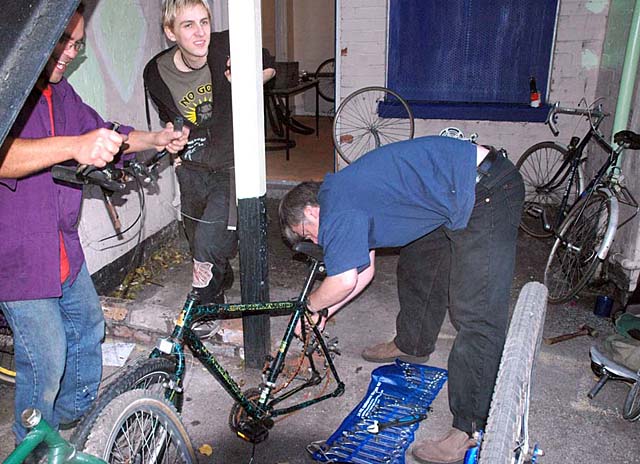 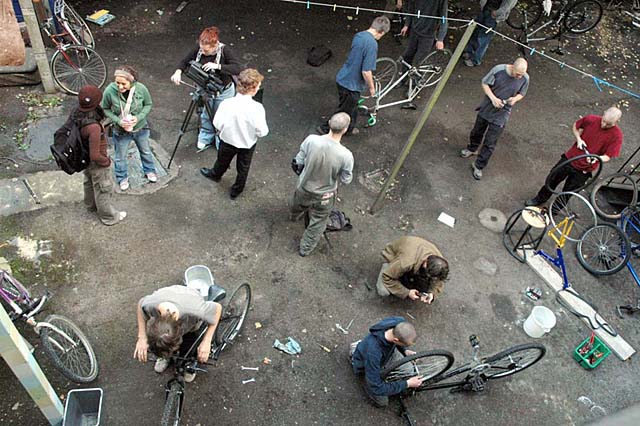 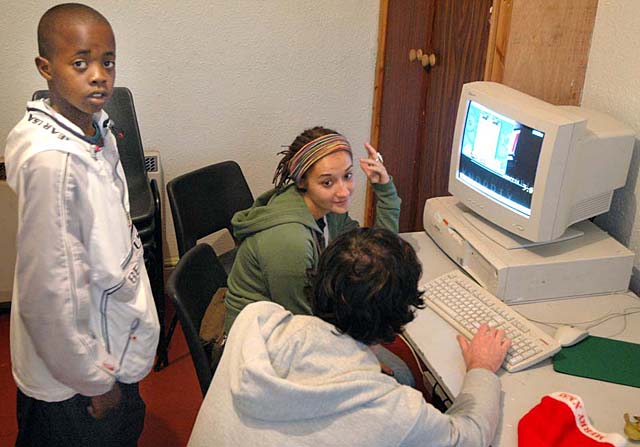 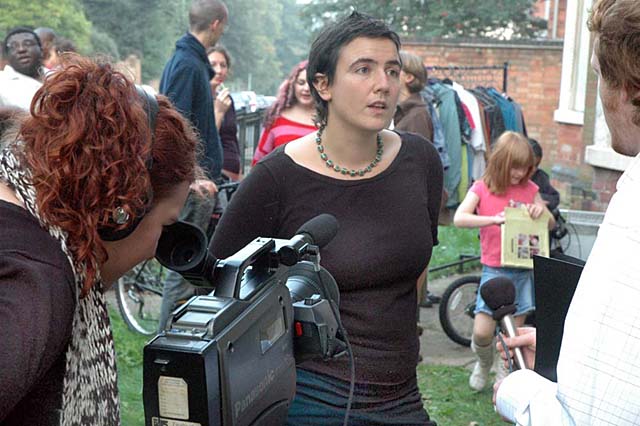 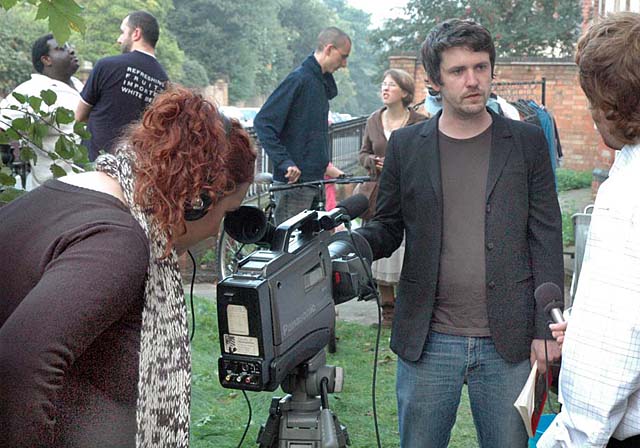 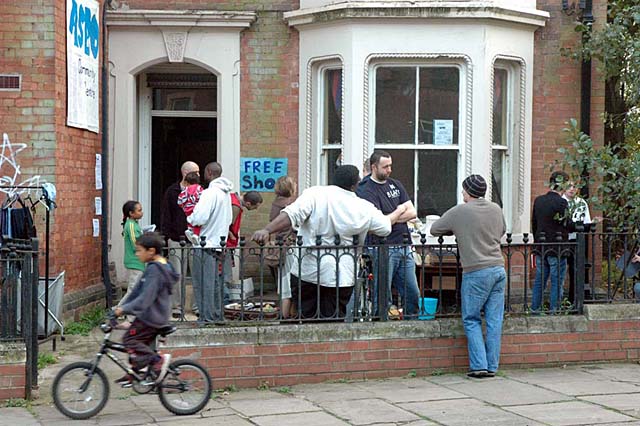 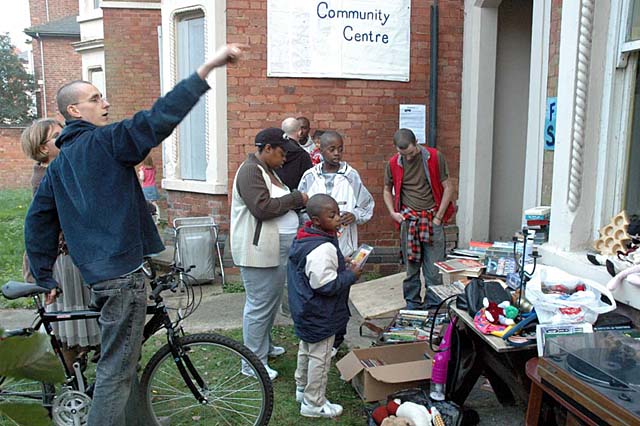 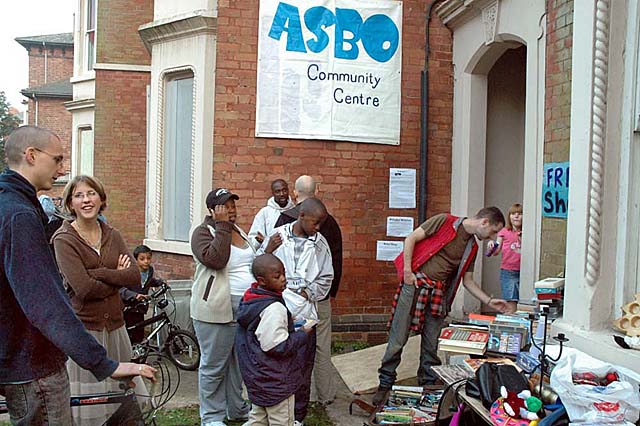 *What were you doing there?
We opened the doors of the squatted social centre for the first time.

*Was it good?, did many come?
At least 50. It was busy and buzzing all afternoon.

*What feedback did you get?
Really positive. Don't recall any negativity, or abuse. People were startled and pleased that everything was free. Some pople gave donations, which more than covered our costs.

*When are you doing it again?
Every Saturday afternoon. We'll also put on midweek events as we see a demand. I'm planning a recycled art club.

*Did the bike workshop have anything to do with critical mass?
The same ethos was behind it - the principle that cycle power is free, sustainable and sociable. We didn't want to just set up a free fixing service, it is important that people share skills and learn new ones.

*Why you have computers?
We're eager to bridge the 'digital divide'. By making internet free and available in a public space, we're opening up information to people who can't afford computers.

*Was there anything for kids?
The 'Broad Bean' computer room was particularly popular with kids. We also had youngsters helping themselves to videos and toys in the 'free shop', and some brought their bikes along.

*What did you eat?
A root veg and lentil stew with cous cous was cooked. The food will vary a lot from week to week, and will often have a world theme. Say Indian one week, Italien the next, etc.

*What is a free shop?
It has the feel of a jumble sale, except that nothing has a price. You bring old or duplicate stuff along that you don't want any more, and take anything that catches your eye. Donations are optional.

*Did the police and fire brigade like the idea of asbo centre?
Apparently both a police car and a fire engine that were passing stopped to read the sign, and the crews were laughing. We like that!

Previous posts, about the project: "The Squat's progress"