Day of recycling fun in Sneinton to oppose incinerator expansion

On Saturday 3rd December a large community day will be held in Sneinton, Nottingham, to raise awareness of the proposed expansion of the Eastcroft incinerator and promote recycling through fun and games. Sneinton's Rubbish Day Out is an event organised by the local community and the NAIL campaign.

Artists will work to put new use to waste materials as lantern making, basket weaving, banner painting and wallet making workshops will take place throughout the day. Other activities include poetry, speakers, live music and refreshments from the new Sneinton community cafe collective.

“It will be a day to show people there are better and more positive ways of dealing with waste other than incineration. “ *

Sneinton's Rubbish Day Out will be held at the Old School Hall, Windmill Lane, Sneinton, Nottingham. Workshops and info from 11am – 4pm. Admission free. Live music from 6.30 until midnight ₤2. Parking on site available. 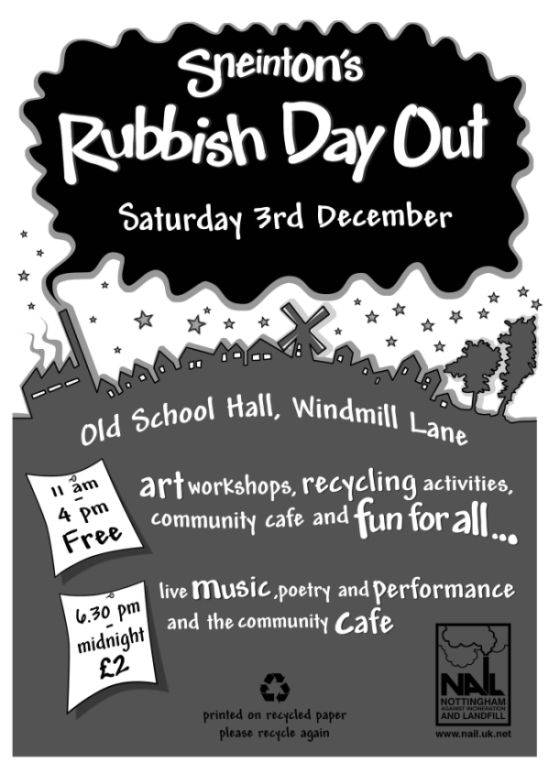 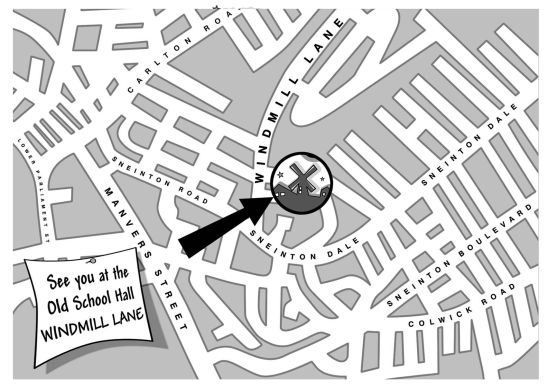 * Quotes from one of the organisers.