Yesterday four members of NAIL met with the Environment Agency (EA), to discus Waste Recycling Groups (WRG) plans to build the third incinerator in Nottingham. Latest: The EA has issued the license that WRG need to be able to run their existing incinerator. The EA has in principle agreed to issue a license to operate the proposed expansion of the Eastcroft Incinerator.

More info on the NAIL camapign and the proposed incinerator expansion, see previous UK feature: Pollution for profit - we need to stop it! 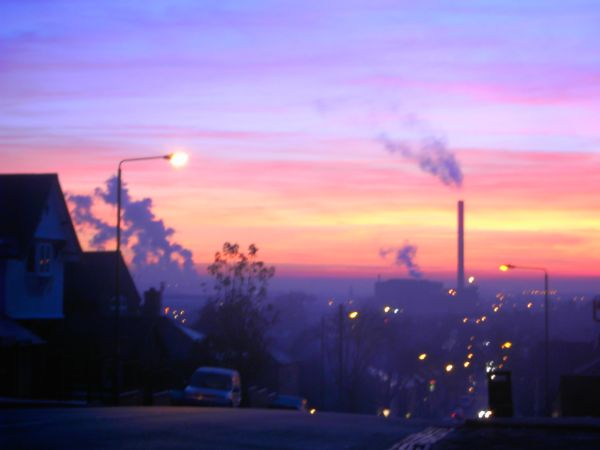 Unfortunately the EA confirmed that they will approve the licence for all three incinerators. Although we did expect the licence to be finally approved, we did not expect it to be so easy for WRG.

Despite 29 pollution breaches in four years, WRG have NOT been prosecuted.

Despite the thousands of poisons belched into the atmosphere 24 hours a day for us all to breath and consume, there is NO requirement for continuous monitoring. Only 6 will be monitored constantly, the rest and most toxic will only be checked twice a
year by the owners, and once a year by the EA.

Despite the appalling low Third World recycling rate of Nottingham City, there is no requirement to remove recyclable materials from household waste.

Although the current incinerators do not fully comply with the latest regulations, WRG applied for a 'derogation', to allow them to operate regardless. Unfortunately the EA have allowed this derogation and will issue a licence, subject only to minor additional data.

The EA have confirmed that they be granting a licence for the new incinerator, effectively giving WRG the green light to operate. Although we did expected this, we are extremely disappointed that the EA did not use their powers and legislation to greater effect.

WRG are proposing to build an 'open grate' design incinerator, of the same design as the current two. these were designed in the 1960's and built in 1972, albeit with a few 'bolt on' extras. This will no doubt save WRG huge costs, by replicating plant. Although the EA had asked why a more modern, advanced design was not chosen, they have not insisted on this option. WRG's response in choosing the outdated technology, was to save them costs in re-training its staff!

This clearly demonstrates that WRG are putting their profits before the health of Nottingham's residents and of our environment.

The Battle Goes on

This IPPC licence basically allows WRG to operate their incinerators, planning permission is still required to build the third.

We must now increase the pressure on Nottingham City Council to reject the planning application, this is the last hurdle WRG must get over to build Nottingham's third cancer factory, in the city centre adjacent to mass population.

Please write to you local councillors, go and visit them at their surgeries and tell them what you think, tell them to lobby the Development Control Committee to reject the application. If your councillor is a city councillor, remind them that they will want YOUR vote in 18 months time.

Please let us know what they say, we intend publishing councillors views and responses, or lack of response on our website.

For more information on the IPPC application, click on the link bellow.

Thank you for your continued support

"We are still cutting down rainforests to feed our need for paper, wood and cardboard, but in Nottingham we choose to use it, incinerate it, poison our air and cut down more rainforests to replace it. What a legacy we leave our children."

Unfortunatly this has just apeared on the beeb site, saying that the Environment agency has given the go ahead for another incinarator.

I have just sent this to Environment Agency

In light of your recent decision to grant a licence for the third incinerator at Eastcroft in Nottingham can you please confirm on what basis the Environment Agency is certain that this plant will never exceed prescribed limits for the emission of airborne pollutants. Could you please also provide me with details of the measures that the Agency has agreed with the operators, WRG, have and will be taken to prevent repetitions of the plant’s previous breeching of pollution limits.

With thanks for your cooperation in this matter.


So let's see what they say, 'cos after all they are there to protect us aren't they?

No collaboration with the state! Direct action as a means of defending ecosystems!

piccys of the monstrosity 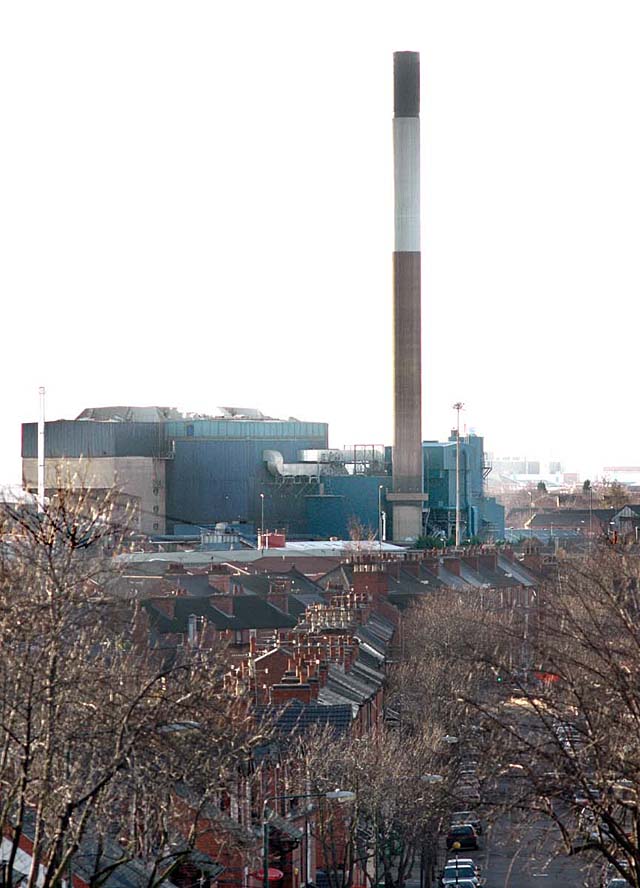 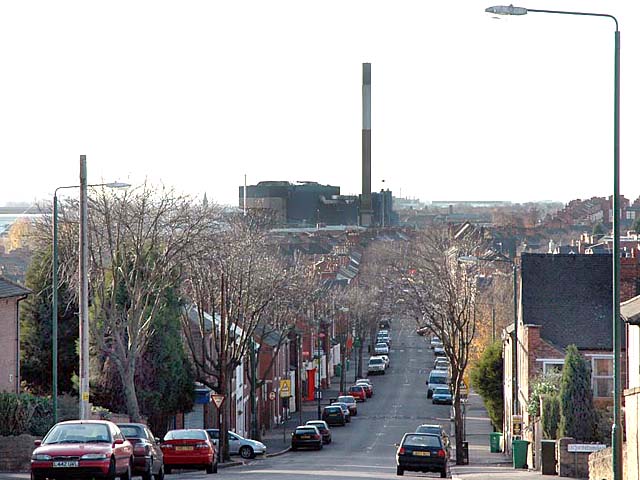 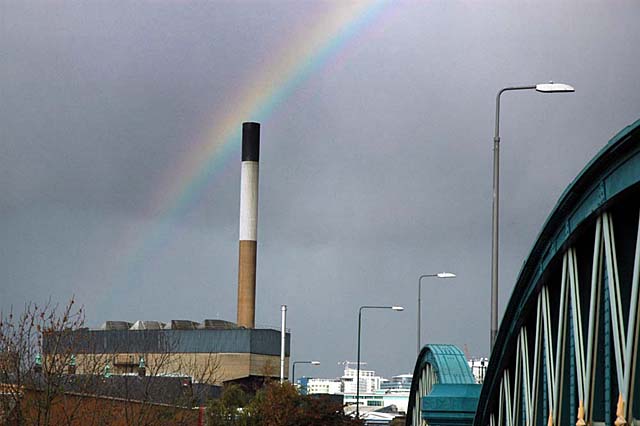 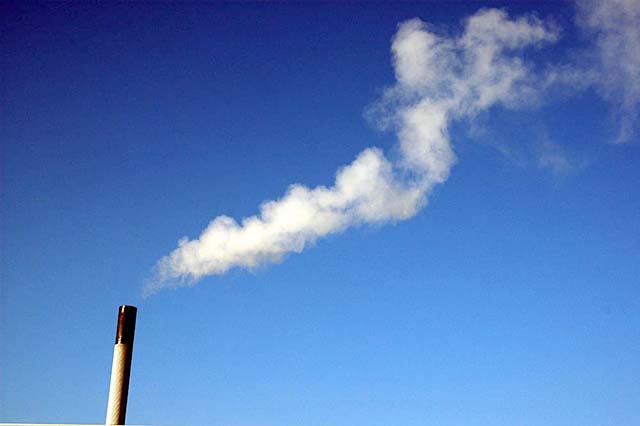 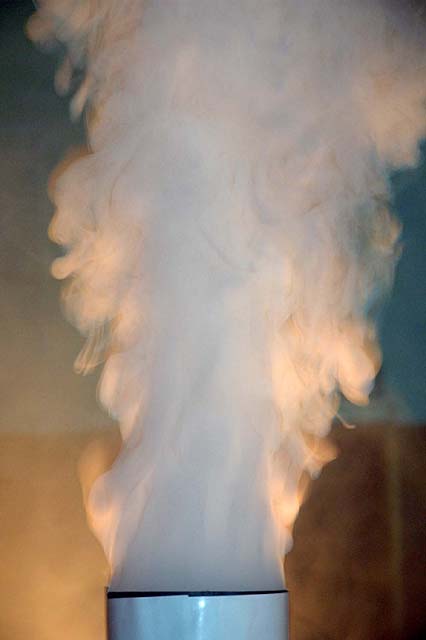 a few more views of the monstrosity this is all about.

Also, the pictures, taken from the top of Sneinton Boulevard, show how close to built-up residential district the plant is located.

It's not over yet!

Although the Enviroment Agency have agreed an IPPC (Integated Pollution Prevention Control) licence for the third incinerator, this is not the end of the battle.

We always knew that Waste Recycling Group wouldobtain thier licence from the EA, however obtaining planning permission will be much harder.

We must remind those city councillors who will ve voting on the matter, that they will want re-ellection in 18 months time.

They must listen, they must act and stop the cancer factory from being built to turn imported waste into toxic pollution for us, and profit for Waste Recycling Group!