A exhibition, describing the work and objectives of Nottinghamshire Indymedia has opened to some acclaim at the ASBO Centre. Please go and take a peek! 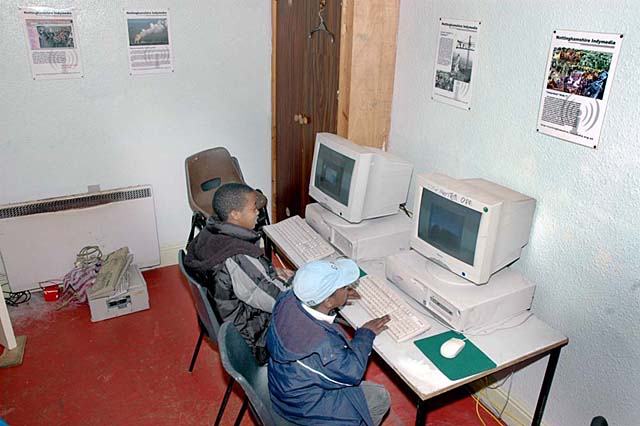 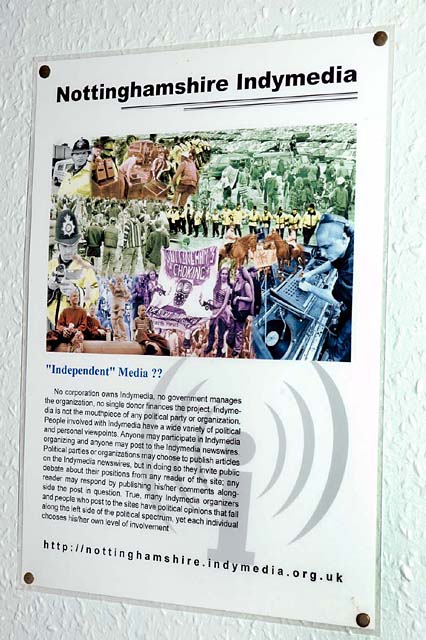 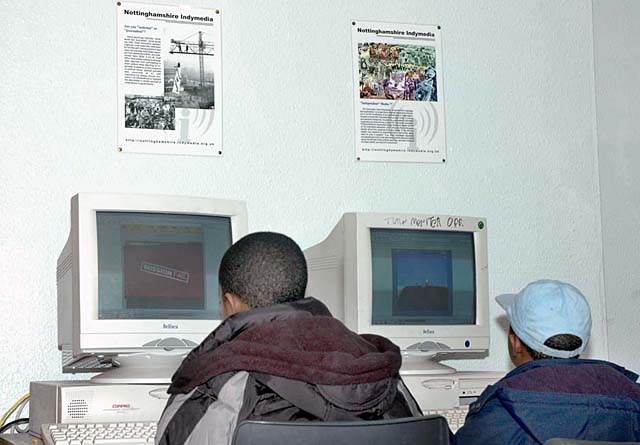 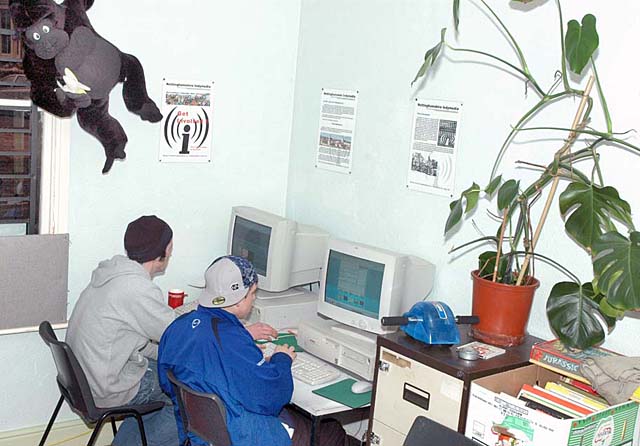 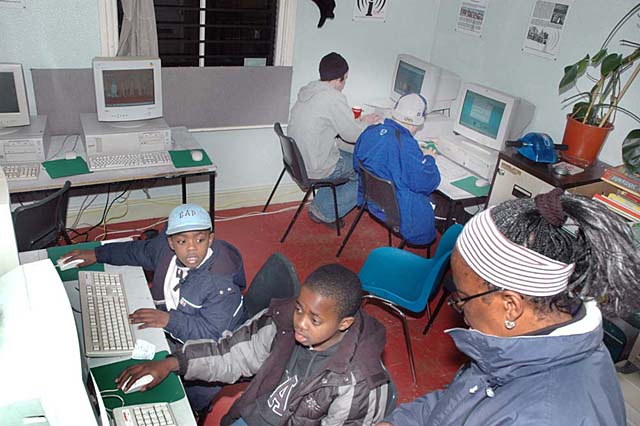 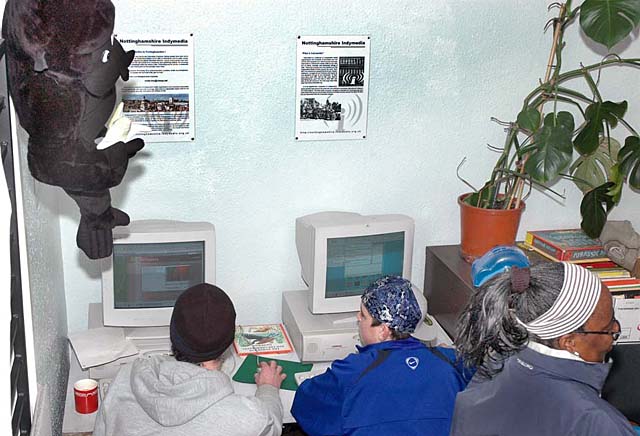 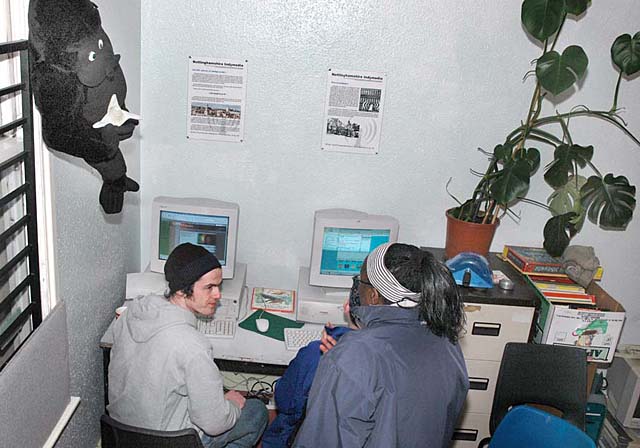 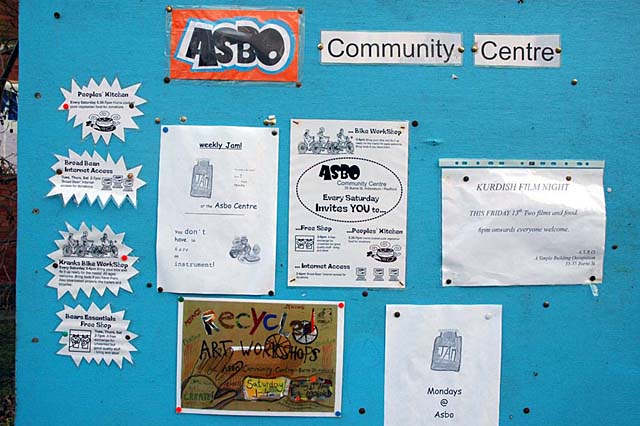 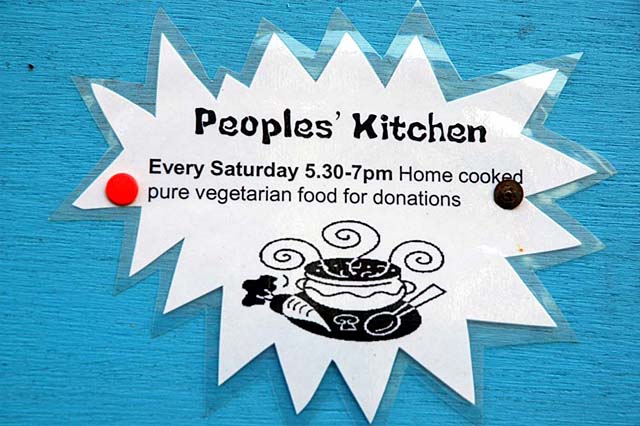 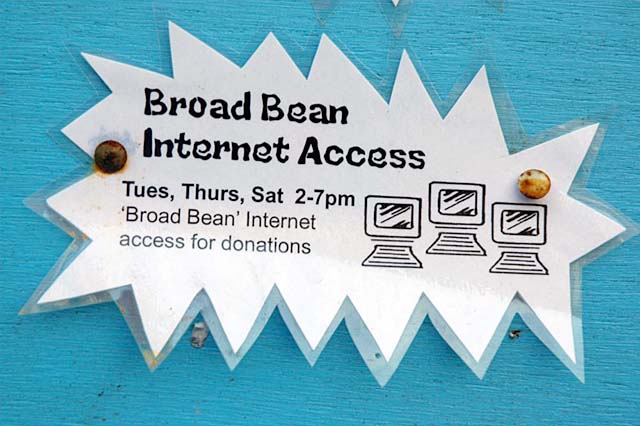 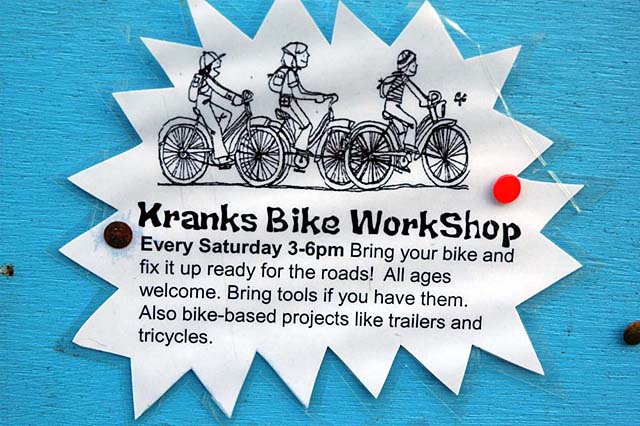 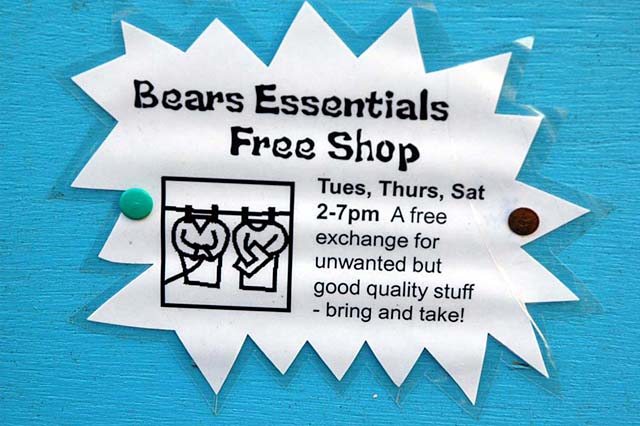 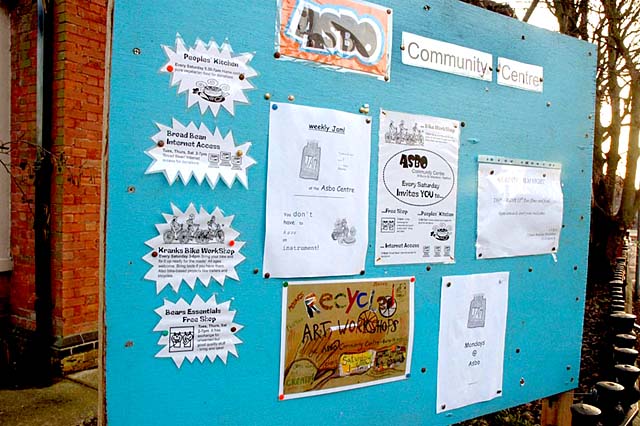 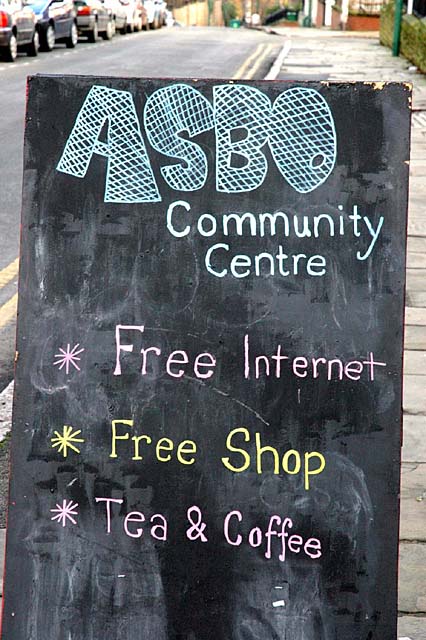 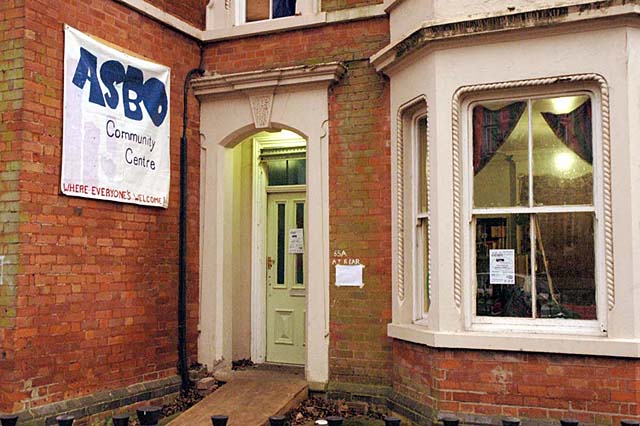 A exhibition, describing the work and objectives of Nottinghamshire Indymedia has opened to some acclaim at the ASBO Centre. Please go and take a peek!

The normal opening times are on tuesday, thursday and saturday from 2pm - 7pm...

During these times, 'Broadbean Internet Workspace' [

http://www.asbocentre.org.uk/internet/index.html ] computing and internet services are provided, so why not get down there and meet people. While there, you can post stories to Nottinghamshire Indymedia that you think the community will be interested in. Please use the facilities .....

Asbo Community Space has been opened up in the Arboretum / Radford area after a group of local people moved into three empty council buildings in August 2005...

The three adjoined houses had previously been abandoned for seven years, suffering from vandalism and misuse. With a large homeless problem in Nottingham, and the neighbourhood suffering from lack of community space - we felt this was a crime! So we moved in and, with lots of help from our very supportive neighbours, we opened up the ground floor as a community space.

All the events put on at the ASBO Space are to try and build a better community for everyone. No one gets paid for their work, and all money received goes straight back into the project. Help and donations are always welcome.

Everyone is invited and the space is there to be used as creatively as possible. From art and cookery workshops to bike maintenance and internet access... if you have ideas of stuff you would like to see or do in the space, come along on, or email us @ asbosquat.net.


Previous posts on Indymedia, showing the content of the exhibition, can be seen at:


oh, and another form of exhibition[ism]

Indymedia Stickers Pixie : been around Nottingham

ASBO Centre :: Previous posts, about the project: "The Squat's progress"