On Wednesday evening at the Greenway Centre, Trent Road, Sneinton, the police challenged the local youths to a football match. It was played with some enthusiasm ..... :-) 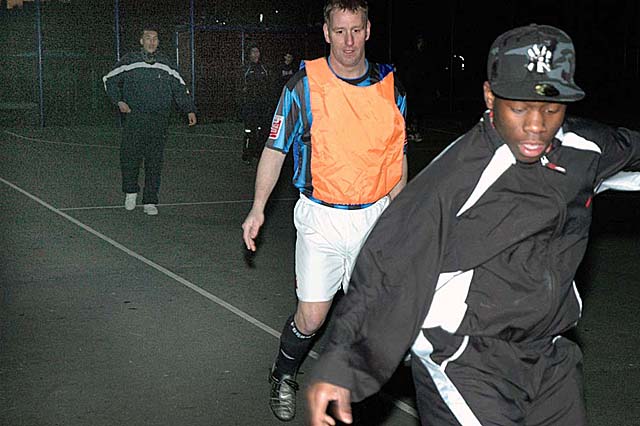 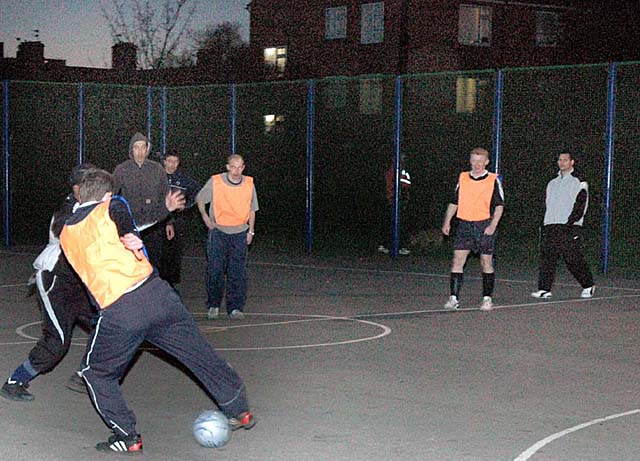 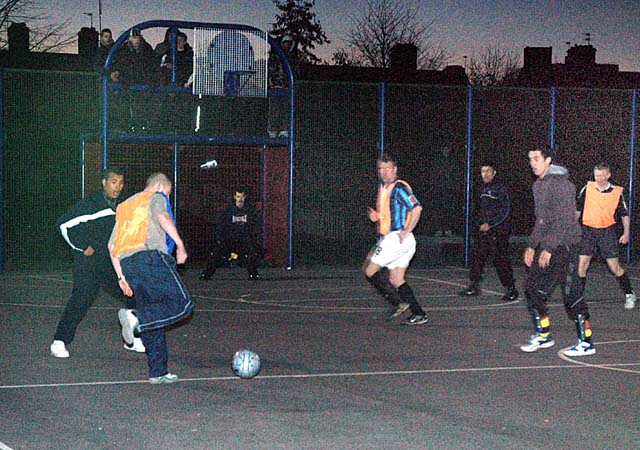 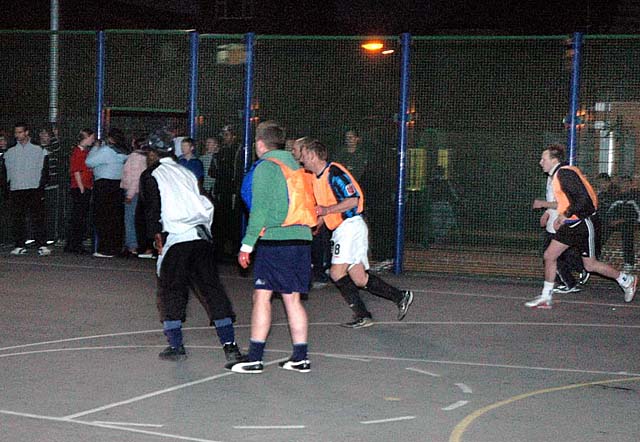 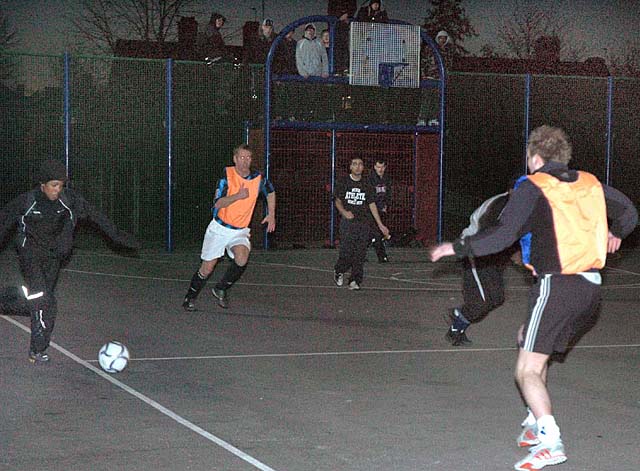 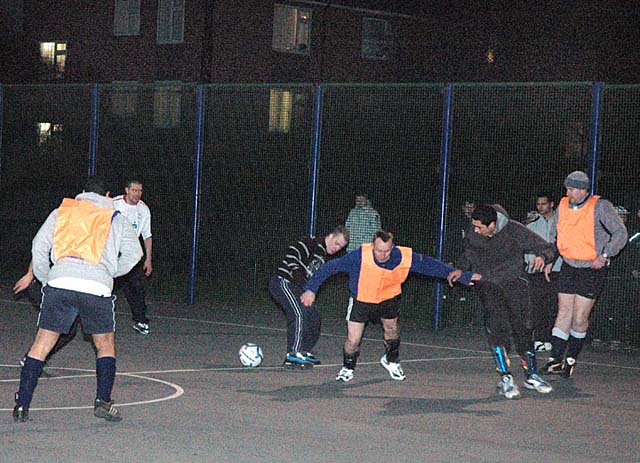 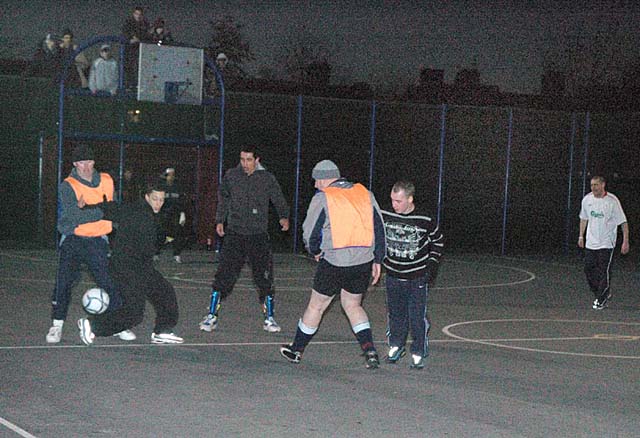 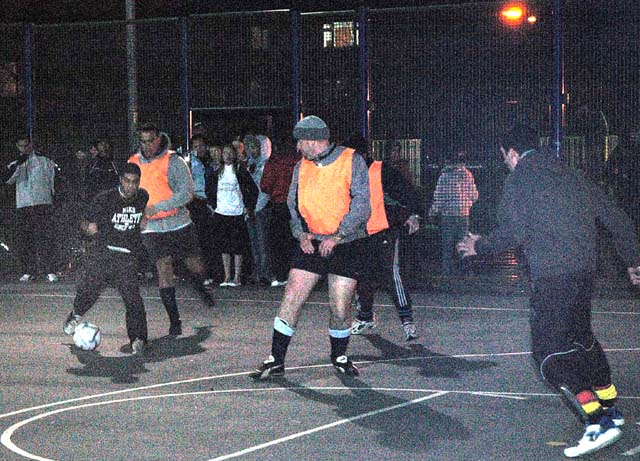 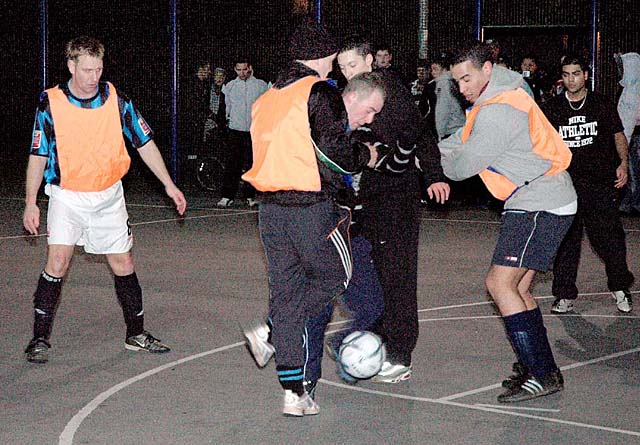 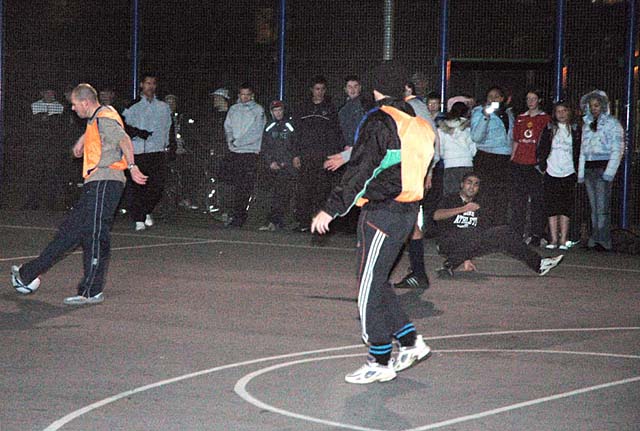 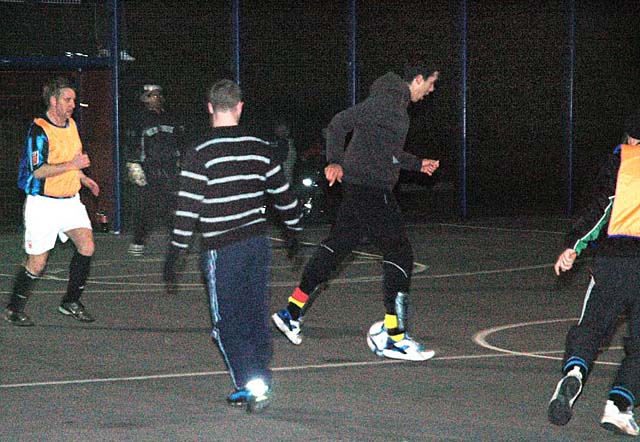 On Wednesday evening at the Greenway Centre, Trent Road, Sneinton, the police challenged the local youths to a football match. It was played with some enthusiasm ..... :-)

It is obvious with the lack of facilities for youth, and that the only time many youths meet the police, is when they are being chased, or, being arrested. ASBO's adding to their sense of exclusion.

Clearly, it only a football match, but it seems to me that this and similar schemes are a serious attempt at outreach and engagement.

I wish them well.

Youngsters in Sneinton are being given a chance to show off their football skills in a match against local police officers.

The game is being organised by PC Mat Mitchell, the local beat manager, who aims to forge community links and get the local teenagers into sport and away from crime.

PC Mitchell, based at Sneinton police station, said: "This football match gives the young people of Sneinton an opportunity to get to know their local officers and they can win one of several prizes.

"The support from both the community and local businesses has been fantastic and I would like to thank everyone who has played a part in making this happen.

"I hope that this will be the start of things to come and the links we make will develop and continue with futures games being held."

Local funding has been obtained to buy kits and sports equipment especially for the game. This will then be donated to the Greenway Centre in Sneinton for future usage.

Anne Fuller, who runs the Greenway Centre, said: "We continue to work closely with a lot of these youngsters and are looking at the positive aspects of developing their skills. It is important to build up better relationships between young people and police officers serving the community to develop trust and produce a greater understanding of who they are and what they are wanting to achieve."

Gift donations have been received from Nottingham Forest and Notts County, including match tickets and merchandise.

JJB Sport has given a significant discount on the goods purchased for the event and has also contributed to the prizes available. Pak Foods has also donated a crate of oranges for half time refreshment and Gem Vending is providing goody bags of chocolate.

The football match will take place at 6pm on Wednesday 1 March 2006 at the Greenway Centre, Trent Road, Sneinton. Entry is free and all are welcome to attend.

I don't see how any attempt at "outreach" by the police is a good thing, or why we should wish them well. Surely it's more of a good thing many of these kids think none too highly of our friends in blue.

Wishing them well in achieving better relations with a group of people they actively, and routinely, oppress, strikes me as somewhat of a sham.