People protested the illegal deportation of a 20-year-old Afghani refugee at Nottingham Magistrates Court, 9.30 - 10.30am this morning [Thursday]. 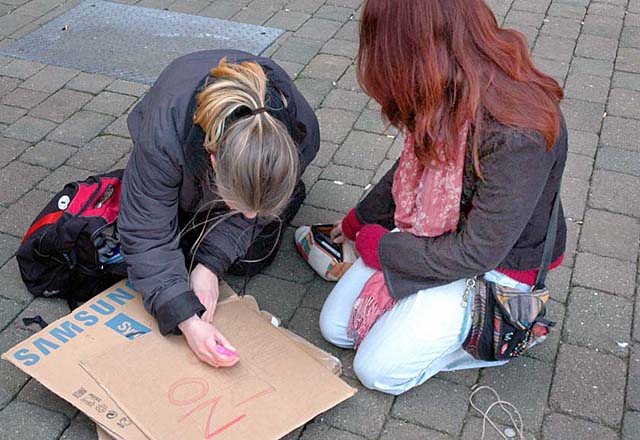 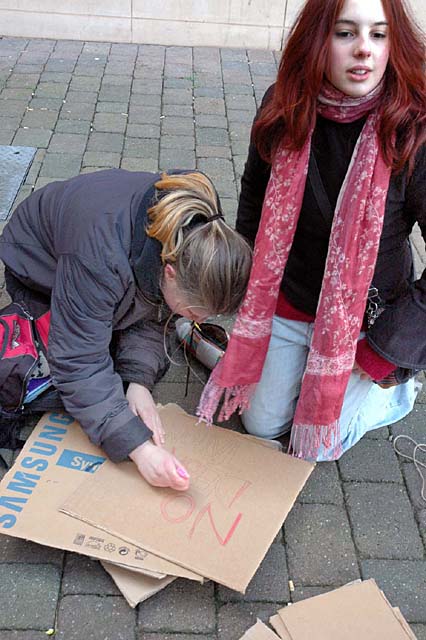 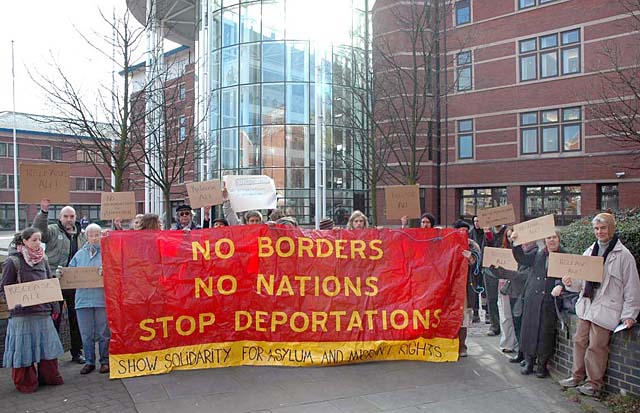 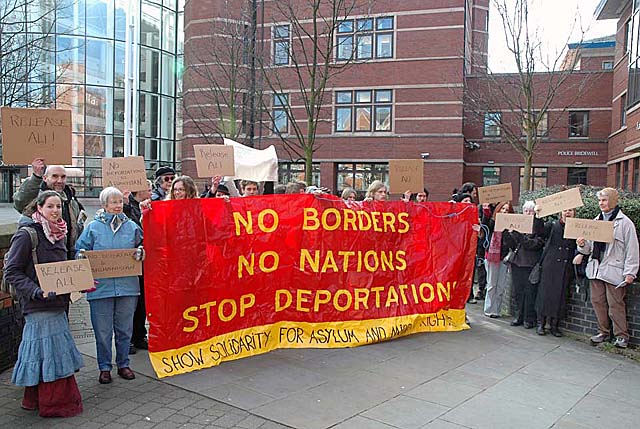 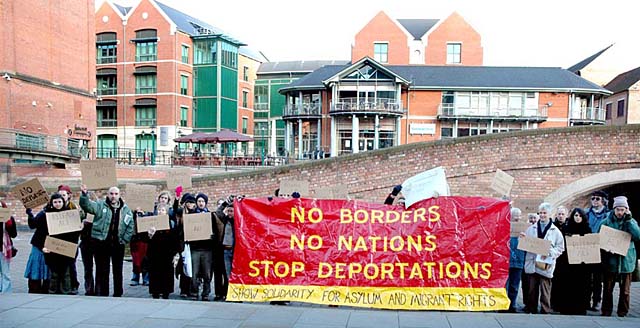 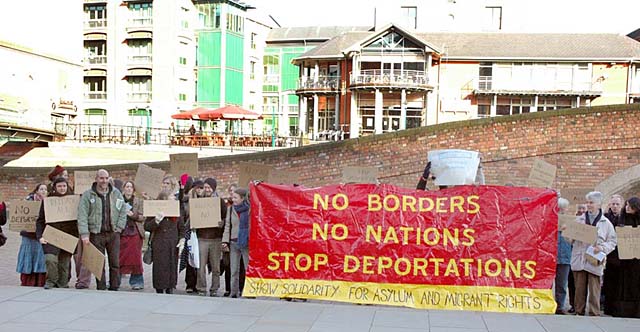 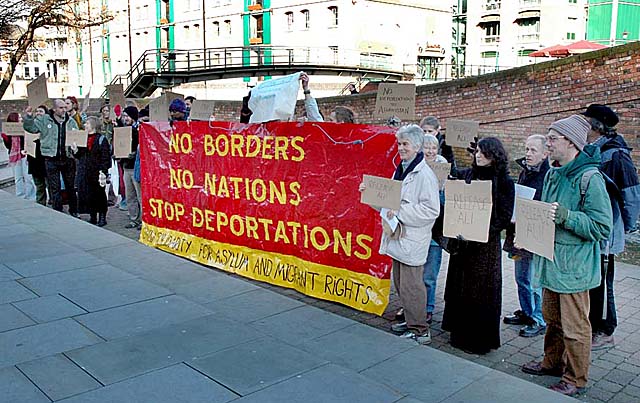 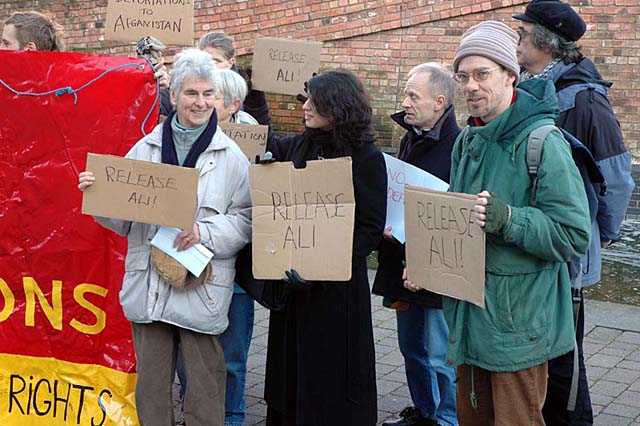 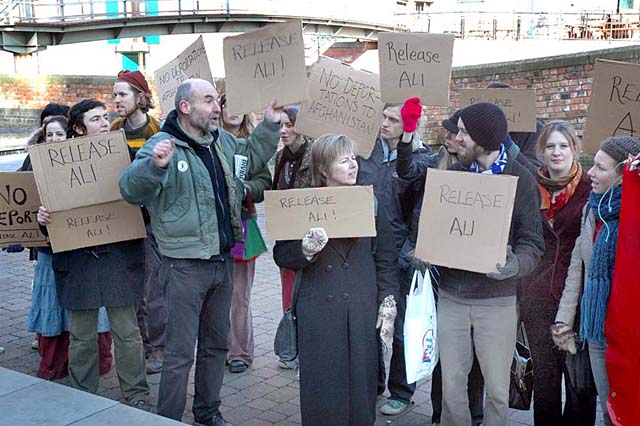 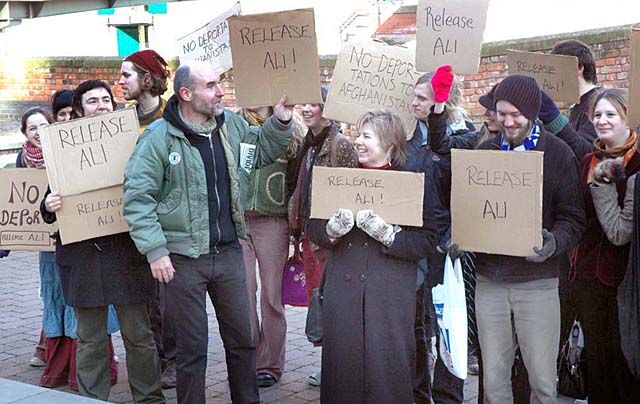 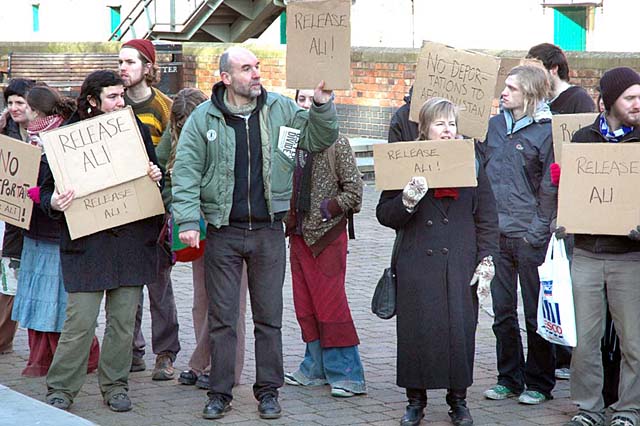 People protested the illegal deportation of a 20-year-old Afghani refugee at Nottingham Magistrates Court, 9.30 - 10.30am this morning [Thursday].

Ali Noori came to Britain as a minor, and has been awaiting the result of his appeal to remain here. He was detained at the police station today with no prior warning to him or his solicitor which, we assert, makes the deportation illegal.

There was a good turnout on such short notice. 25-30 people gathered in front of the court buidlings (Bridewell police station) to oppose the illegal deportation of Ali Noori, an Afghani refugee who had very been notified by the Home Office of their decision to deport him. Neither him nor his solicitor knew until Ali was arrested yesterday and taken to Bridewell police station. It is expected he will be moved to Oxford later today. Ali suffers from severe asthma and has only been given a small dose of the medicine he requires.

Hopefully people will continue to inform each other about Ali's situation and post latest info on Indymedia.


These are a few of the piccys I took at the event. I came under a fair amount of hassle, in trying to take them, with security on my case the entire time I was there. You might notice on the regional and national news, when court cases are part of the story, there are many shots involving the comings and going outside courts. When I try photograph a bunch of protesters on an issue there, it appears I break a number of regulations. I did not photograph any others attending court, just the consenting adults attending the protest. Me thinks it yet another 'device' to minimise our abilities to infom the public about such issues. I guess I might hear more about it!

No one is illegal

Great action, great support. Sorry I wasn't there - heard about it too late

When the world seems full of tears,
And I think, does no one care?
It keeps me going on,
Knowing you are there