Shrovetide football has been played for centuries and possibly for over 1,000 years. Each year on Shrove Tuesday and Ash Wednesday, Ashbourne becomes a war zone! The majority of the ablebodied men, women and children take to the streets to play what is probably the largest football game in the world! 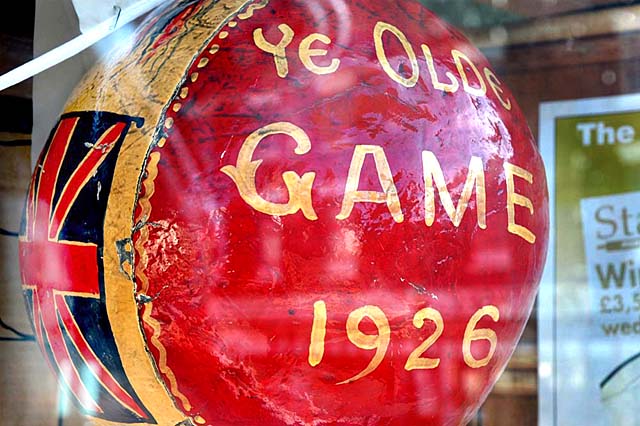 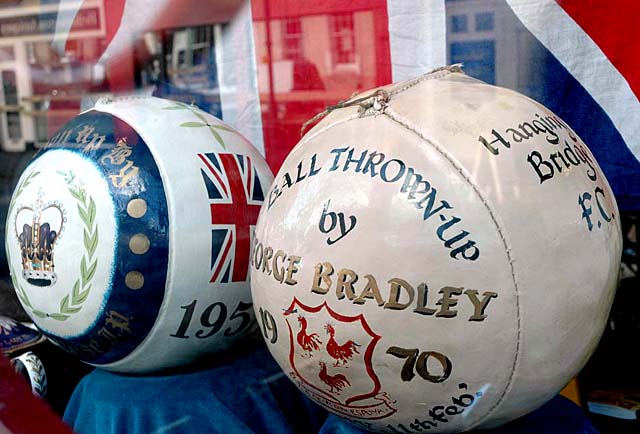 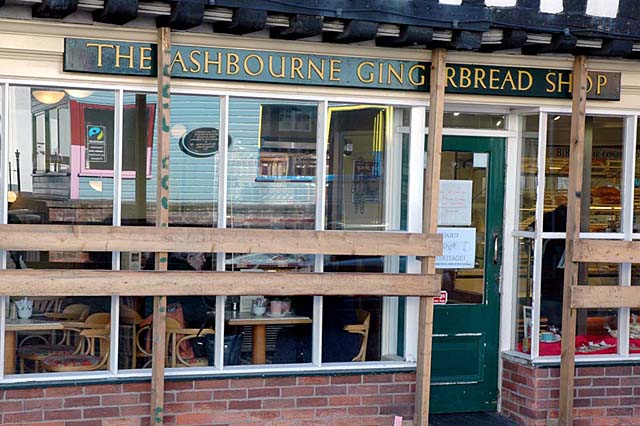 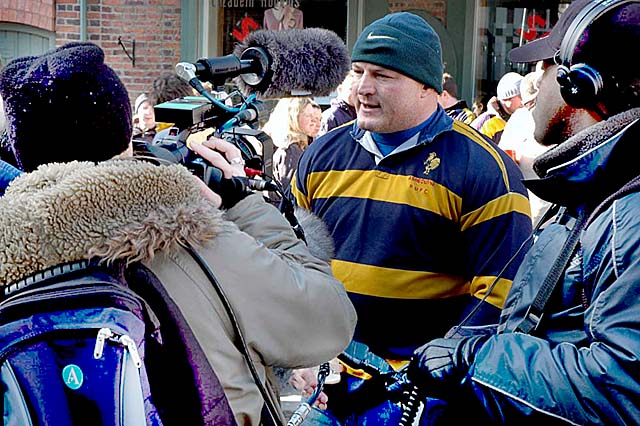 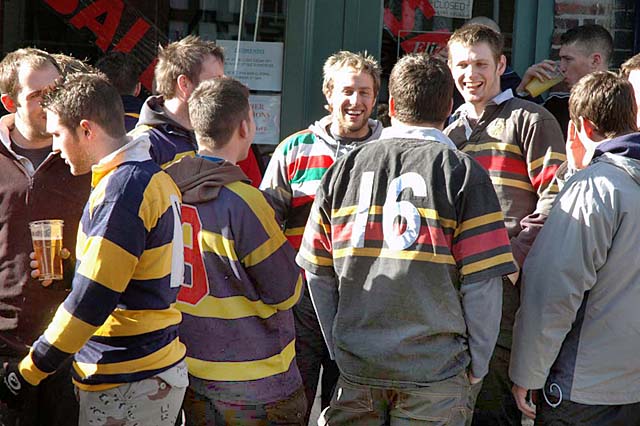 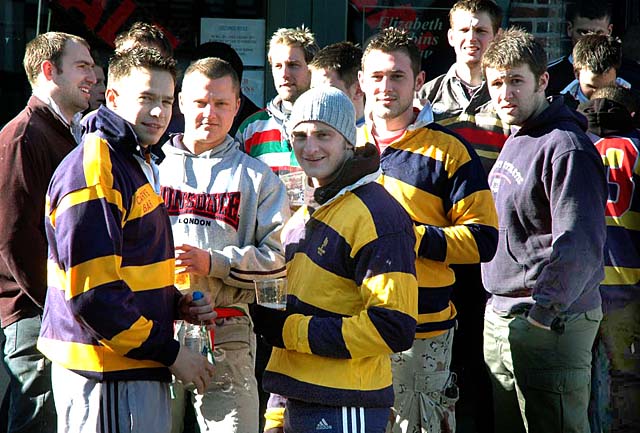 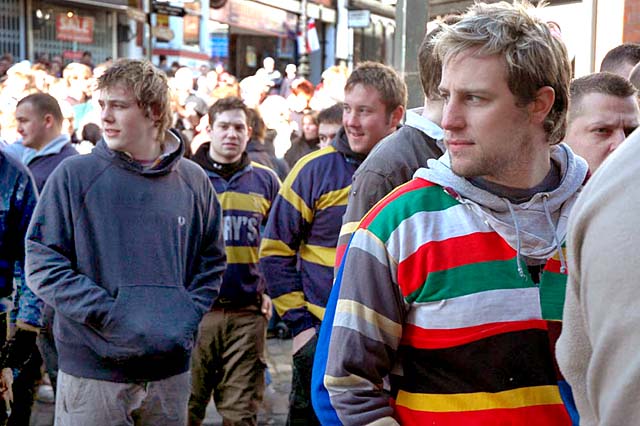 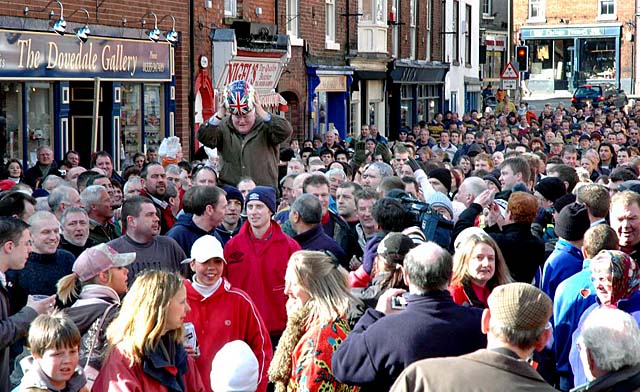 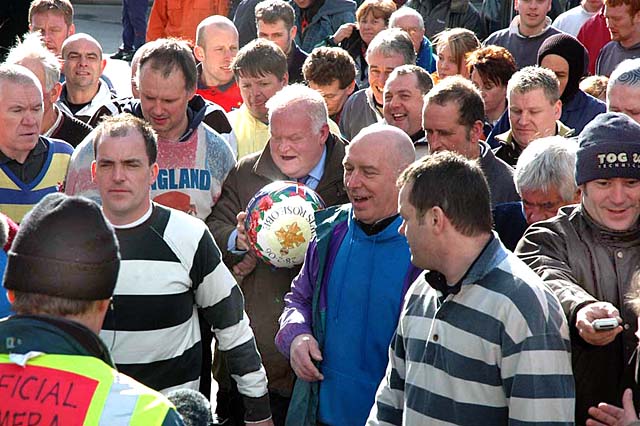 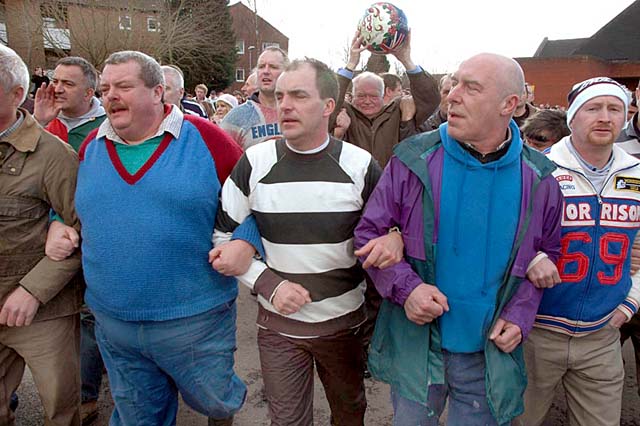 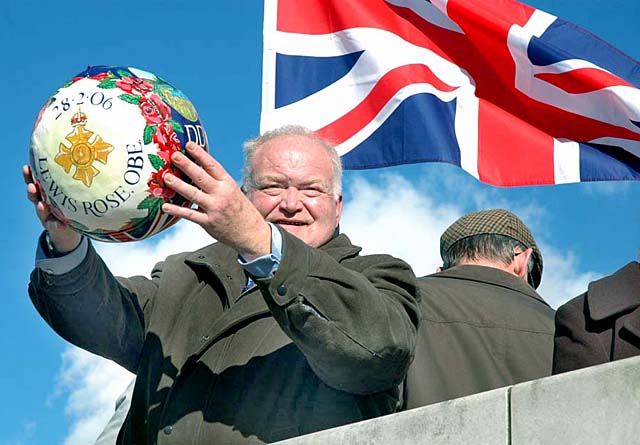 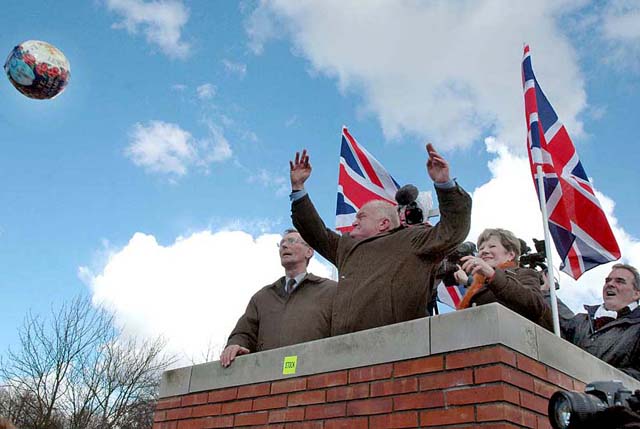 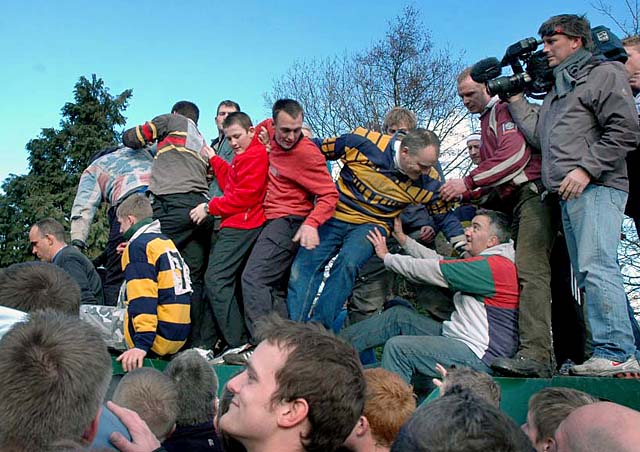 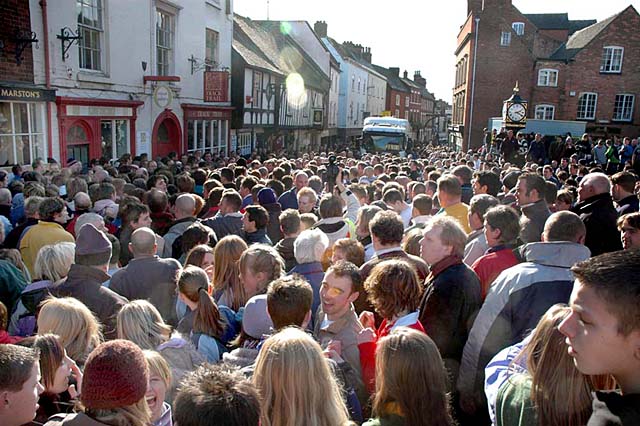 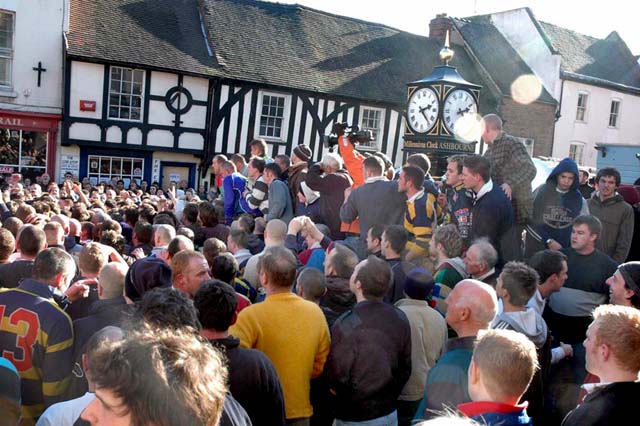 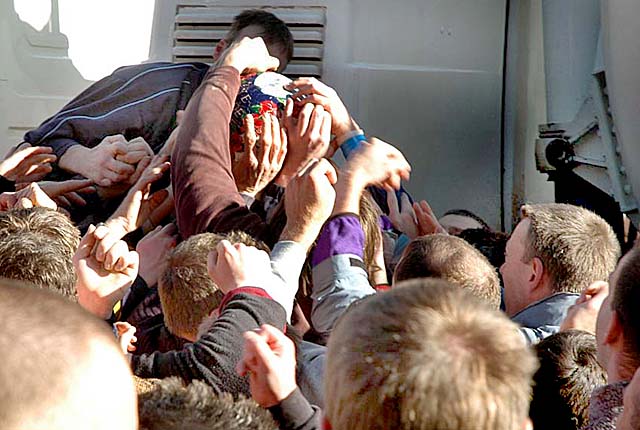 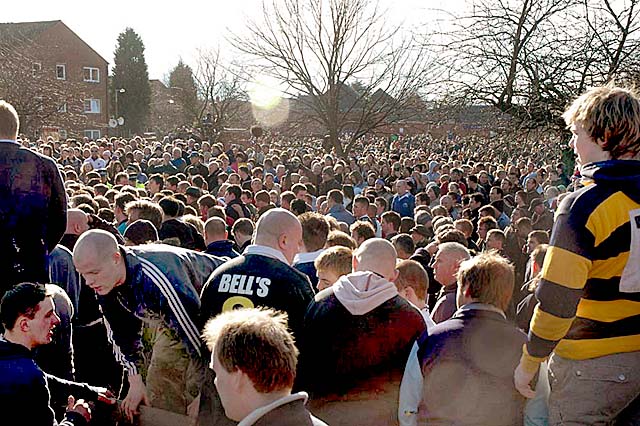 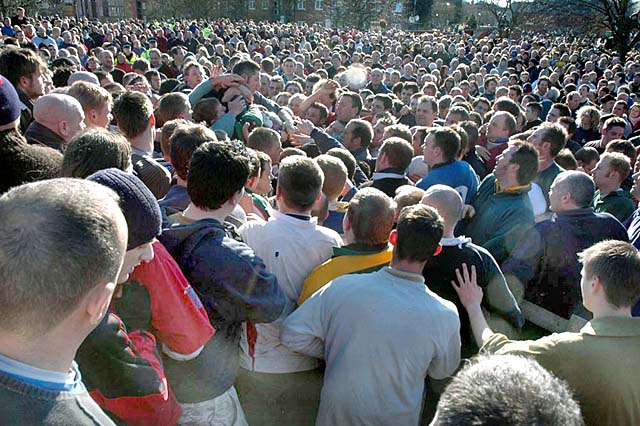 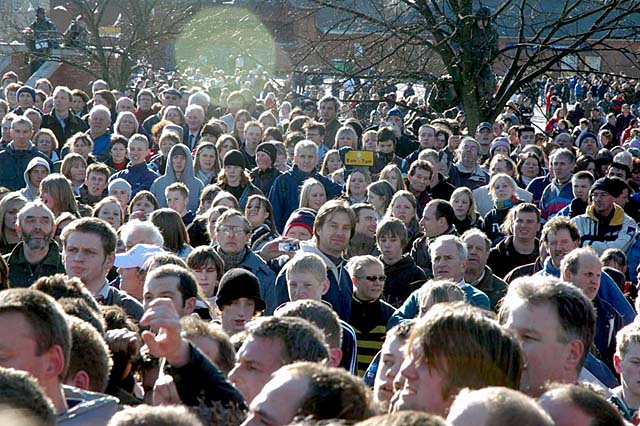 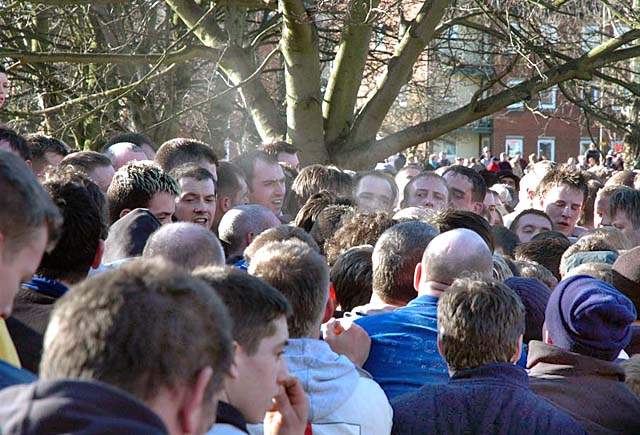 Each year on Shrove Tuesday and Ash Wednesday, Ashbourne becomes a war zone! The majority of the ablebodied men, women and children take to the streets to play what is probably the largest football game in the world! - The two teams number in the hundreds / thousands, and the playing field is 3 miles long, 2 miles wide and has the town of Ashbourne in the middle!

The game that flourished in the British Isles from the 8th to the 19th shrovetide football, as it was called, belonged in the "mob football" category, where the number of players was unlimited and the rules were fairly vague, for example, according to an ancient handbook from Workington in England, any means could be employed to get the ball to its target with the exception of MURDER and MANSLAUGHTER :-). Needless to say, it is no longer so riotous as it used to be, nor are such extensive casualties suffered as was probably the case centuries ago.

Though the origin of such contests is disputed, many believe they date from before the Norman Conquest and that the ball was originally a head, tossed to the crowd after a public execution. In 1314 Edward II tried to ban the competitions from London; 35 years later Edward III attempted to outlaw the game altogether because it was disturbing his archery practice. In the 16th century Philip Stubbs described Shrovetide football as "bloody murdering practice, rather than a fellowly sport or pastime." Indeed, the Ashbourne event was briefly banned in 1878 after a man drowned.

http://www.fletchingbonfiresociety.co.uk, and many other more exhuberant games and events around the courty, there are those who would like to see them all banned. But, there are those prepared to risk the chances of someone stubbing their toe, to keep this heritage going.