No To Nuclear Power Protest - Derby 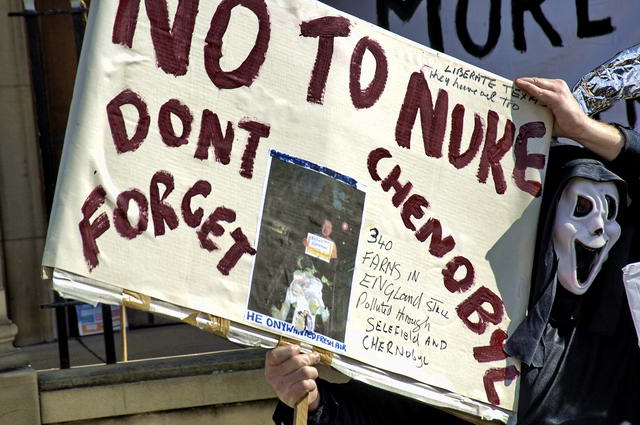 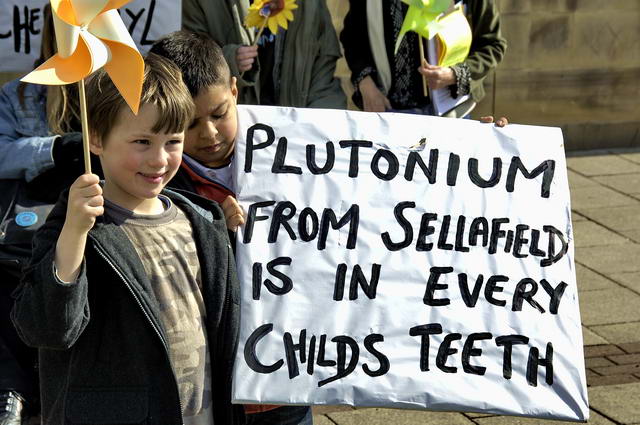 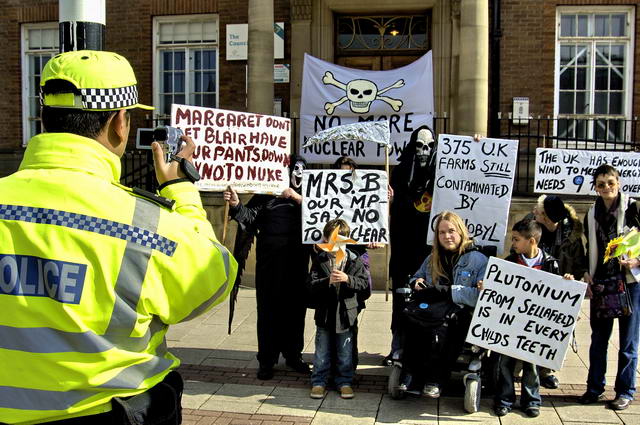 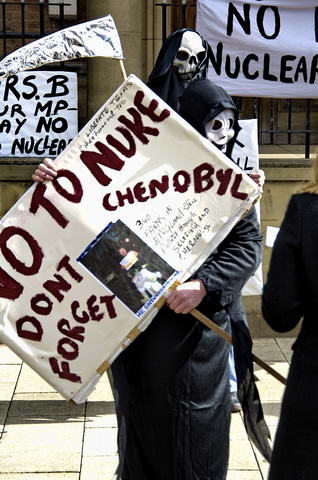 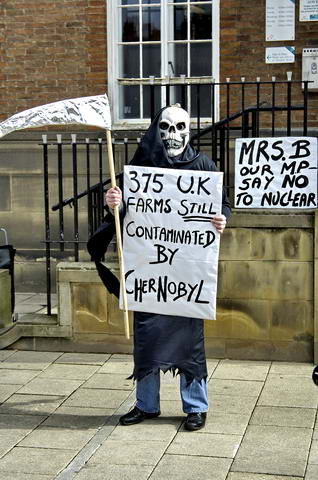 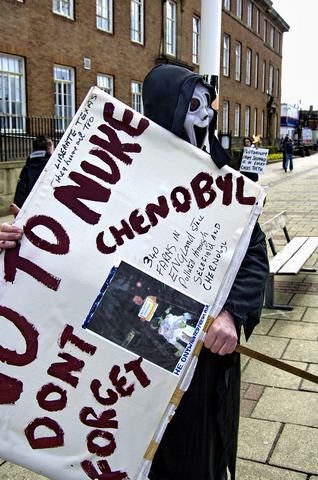 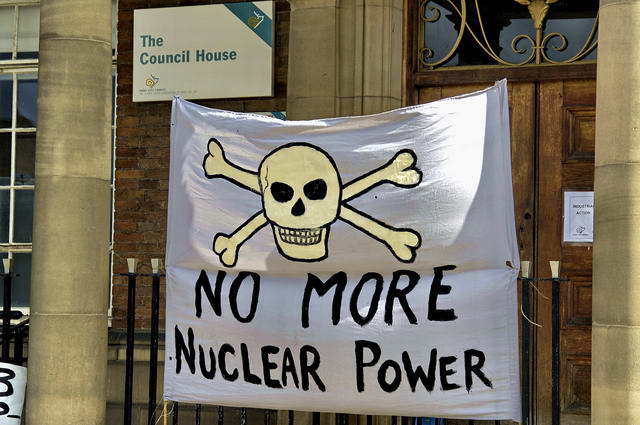 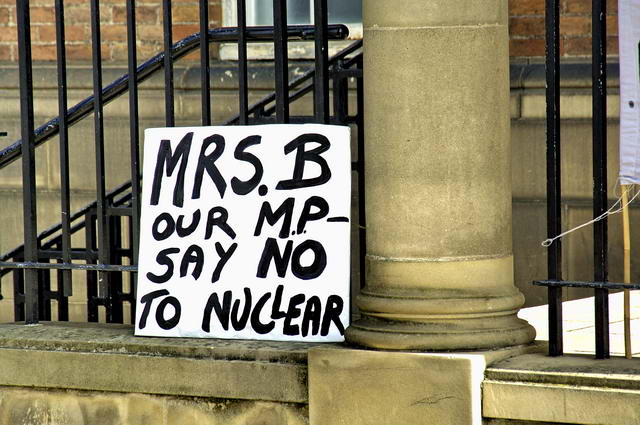 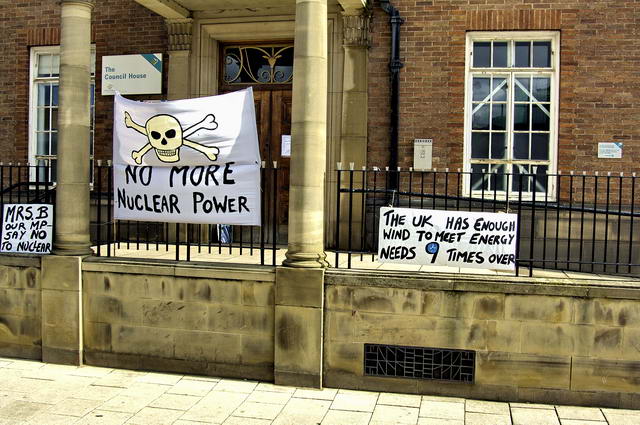 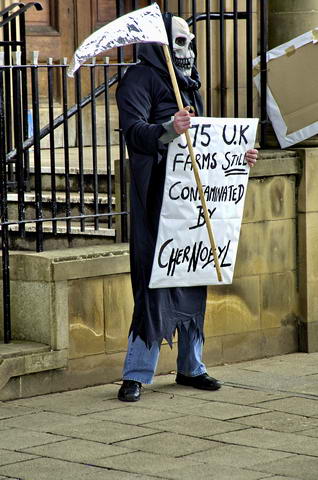 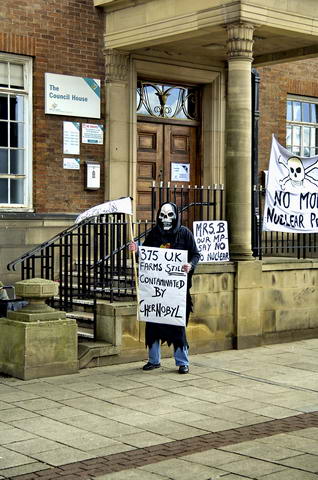 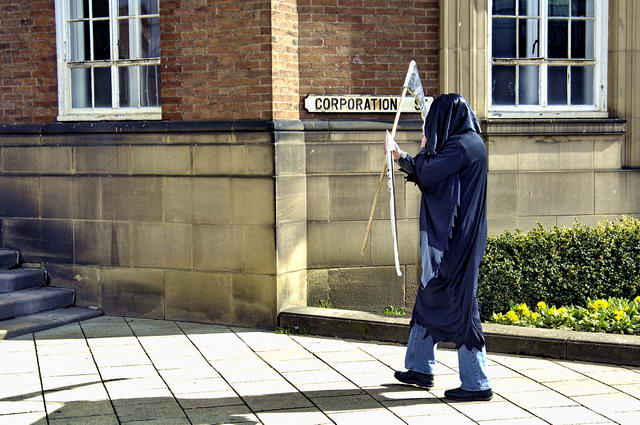 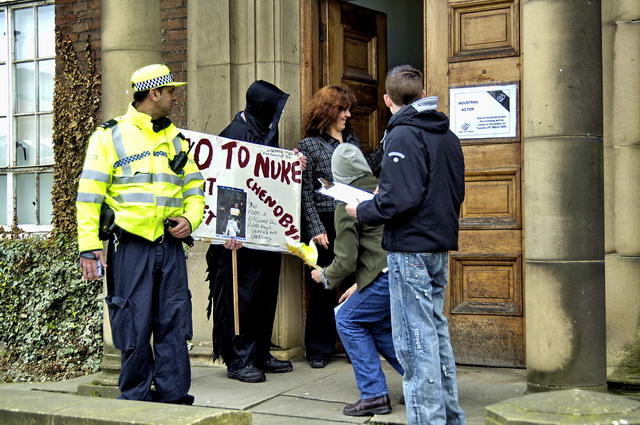 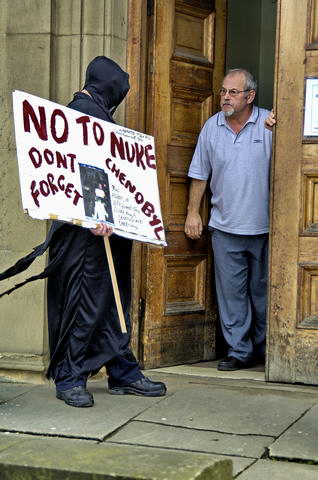 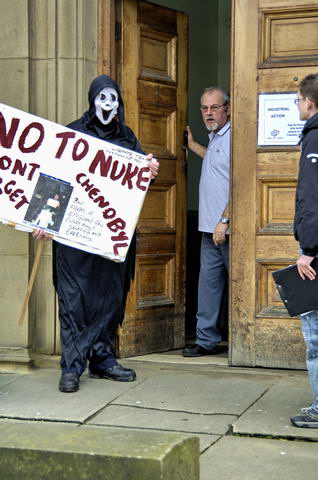 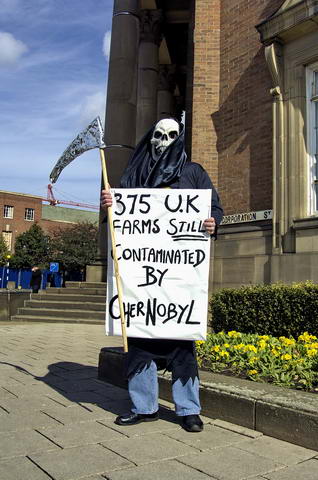 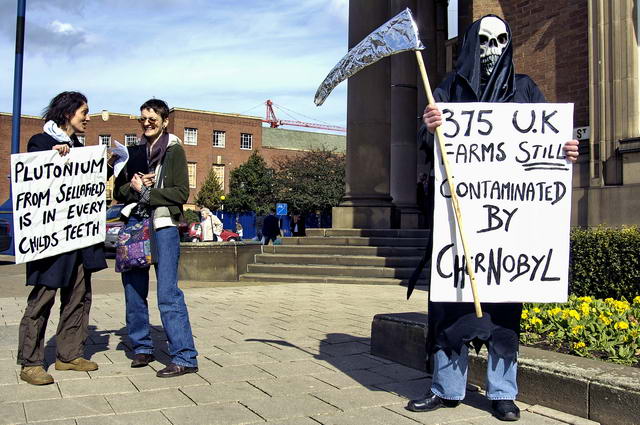 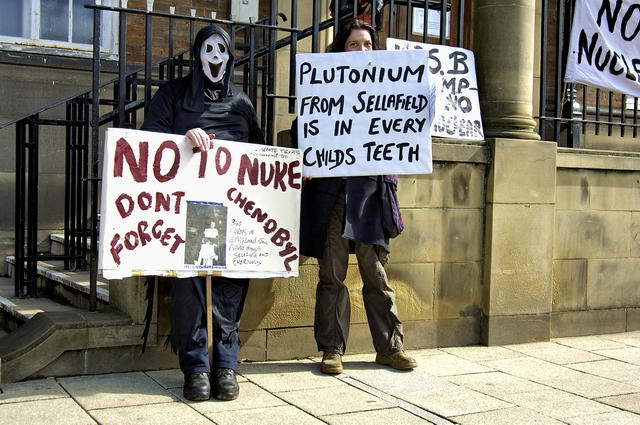 Dear Mrs Beckett
I understand that the United Kingdom Government is considering bringing back nuclear power and I write to ask you to oppose this.

CLIMATE CHANGE
There are some claims being made that nuclear power can address climate change. This is simply not true. Nuclear power stations as well as being polluting and unsustainable -would not come on line soon enough to reduce carbon dioxide emissions in line with the government 2010 target. (It takes 10 years unlike wind which takes a year.) Seriously tackling climate change in the UK requires carbon emissions to be cut by 20% by 2020 and 60% by 2050. Doubling nuclear power in the UK would only reduce carbon emissions by about 8 %.

CONTAMINATION AND NUCLEAR ACCIDENTS
As we approach the 20th anniversary of the disaster at Chernobyl there are still 375 farms in the United Kingdom which are contaminated with radioactive caesium. The cancer clusters around Sellafleld and other nuclear plants reveal how nuclear power stations continue to have a deleterious effect on communities. Every child in the UK has plutonium in their teeth because of pollution from Sellafield.

UNECONOMICAL
Nuclear power is very expensive (£3.7 billion for Sizewell B, decommissioning will cost £56 billion for current aging stations). This money could be spent on energy efficiency measures. Uranium ore which is mined and processed to make the fuel for nuclear power stations is running out (only 50 years left of high grade uranium ores, maybe 200 years of low grade uranium ores which would need more energy to mine and process and therefore release more Carbon dioxide). Uranium mining kills miners and poisons whole communities through radioactive contamination of air, water and soil: cancer, birth defects and genetic damage are its legacy.

WASTE PROBLEMS
10 new nuclear power stations would produce an extra 400% of spent reactor fuel - radioactive waste has 'to be stored for hundreds of years and so far there is no solution to this. We cannot predict what the world will be like in 200 years let alone 130,000. Given that sea levels are rising, storage will become, even more of a problem than it already is. The stations will also create an extra 100,000 tonnes of DU waste as part of reactor fuel processing.

TERRORISM AND WAR
Every nuclear power station is a potential target for terrorist attack.
Nuclear power is linked to and encourages nuclear weapons proliferation through shared need for uranium enrichment facilities and generation of plutonium as a by product of spent nuclear fuel

RENEWABLE ENERGY SOLUTIONS
Energy efficiency: a 30% reduction in energy demand was identified as possible in the recent Energy Review.
Efficiency combined with renewable energy would be sufficient to meet those targets: the UK has enough wind power to meet our energy needs nine times over. Solar, wave, tidal and other clean energy sources are also available to us.
If the government decides to support nuclear, it will not have the money to give renewables the support they need at this time when we need them most.
We are fully opposed to nuclear power and trust the Government will financially support efficiency and alternatives and that you will act to prevent the building of new nuclear power stations