The opportunity to hear the story of the first African in Nottingham - George Africanus - is on offer from Lenton Local History Society. 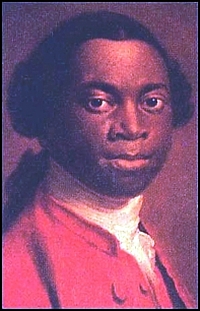 Africanus came to Britain as a slave from Sierra Leone at the age of three - around 1766, it is thought. After belonging to a Wolverhampton family for around 18 years he found freedom. Having passed through Nottingham before and admired the city, he headed here to live. He founded a servants' register office as well as working as a waiter and labourer.

In 2003 his grave in St Mary's churchyard in the Lace Market was uncovered and commerorated with a plaque. Percy Dread, who sang a song for its unveiling, said at the time: "This man has been here a long time and has gone through adversity and made good. I think we should know about him - just like Robin Hood, we should know about George."

To answer the many interesting questions surrounding Africanus' life, everyone is invited to a lecture by Suella Postles on Wednesday May 10. It will start at 7.30pm at the Hillside Club (formerly the Western Club), Hillside, Derby Road, Lenton and admission is £1.

BBC News on unveiling of plaque 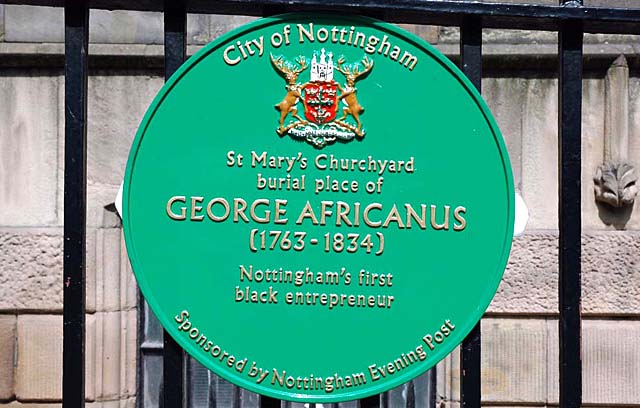 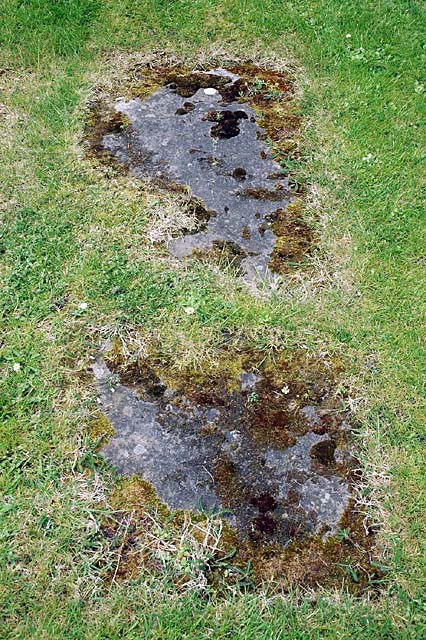 I didn't know about this, so, on reading the article, I set out in search of the plaque. I found it! It is screwed to the iron railings, at the back of the churchyard, about half way along.

I spoke to staff there, this weathered and unmarked stone [inscription now completely eroded & disappeared] was pointed out as his burial place. 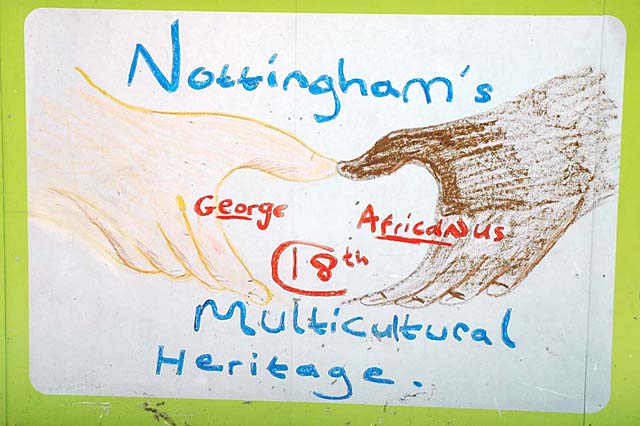 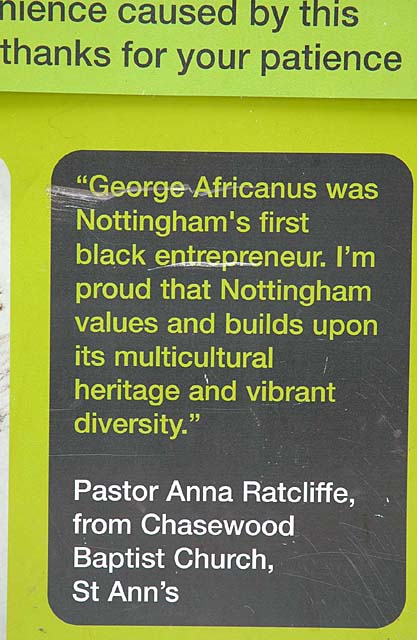 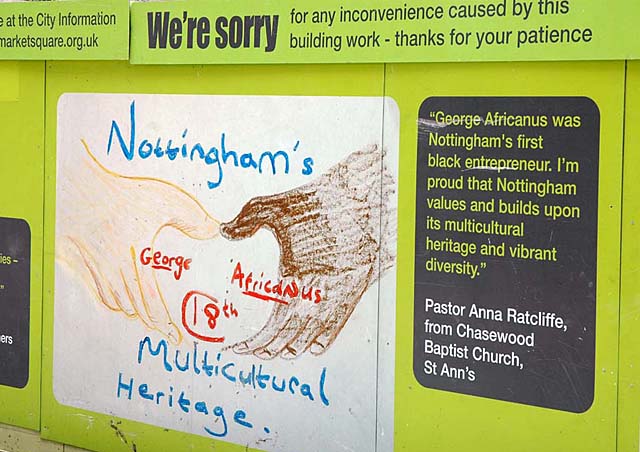 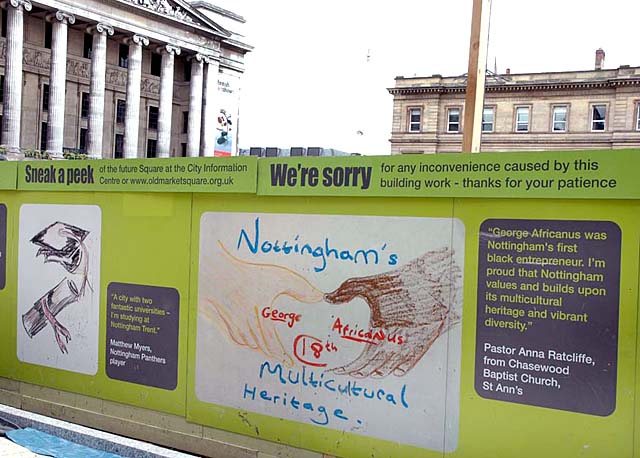 While the Market Square is getting a make over, the boards around the construction site, have some artworks, describing Nottingham life and stuff. Since being informed about the above, then, discovering the plaque in St Mary's, I was amazed to find yet a further mention of George. Here are some piccys .......

A true picture of 'Scipio'?

Thanks for the photographic record!

There seems to be some dispute about the above portrait attributed to George 'Scipio' Africanus which is the same one used on the wikipedia page:

The picture is probably better attributed to Olaudah Equiano, slave author of the abolitionist auto-biography:
'The Interesting Narrative of the Life of Olaudah Equiano, or Gustavus Vassa the African (1789)':

The following link contains what is considered to be a more likely picture of George Africanus next to his master George Molineux: