A protest camp on the site of a proposed development of 1200 houses is entering its second week. 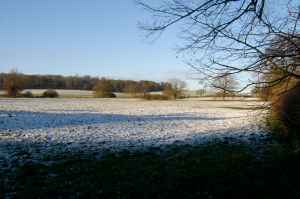 Around ten activists have been living on the area next to Sharphill Wood, near Edwalton, Nottingham. They are often joined by supportive locals also opposed to the plans to be finally decided on June 15. Protestors say they will definately be on-site until then, and longer if necessary. This weekend they have been celebrating their work so far with sound-sytem fuelled partys. Speaking on Sunday, one said: "We've got a lot of help from the community. There are people here now from toddlers to 80-year-olds. "We will stay for as long as is necessary. And everyone is welcome to join us - we need as many as possible. We really need to make ourselves heard." Nottingham activists also have plans for the long term. When the housing is rejected, they want to set up an "ASBO 2" - an extension of the successful social space in the city's Arboretum area. "We want to set up a centre with ecological stuff going on, and education about nature," said the participant. The Sharphill cause has also taken to the city centre this weekend - see BBC News More pictures soon! Map