On Saturday Afternoon, protesters opposing the construction of 1,200 homes in a wooded area near Nottingham held a musical protest at the city's main square. 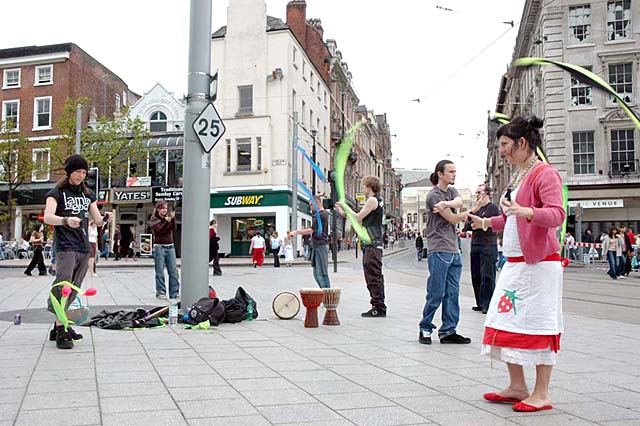 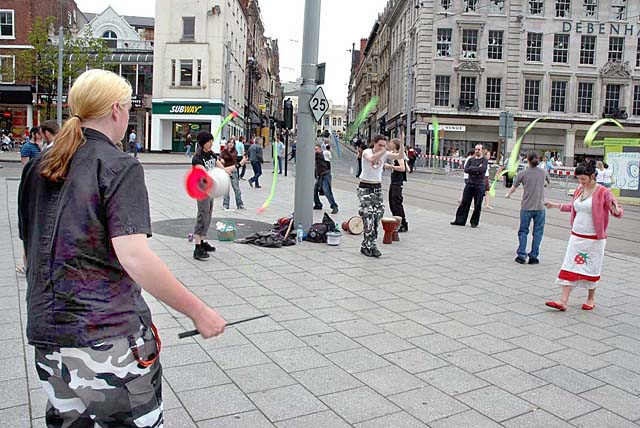 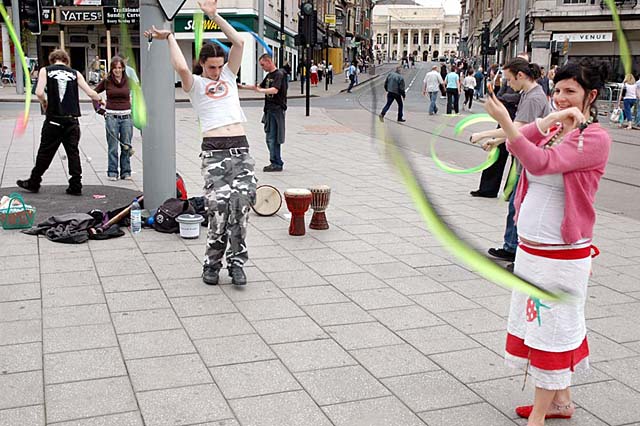 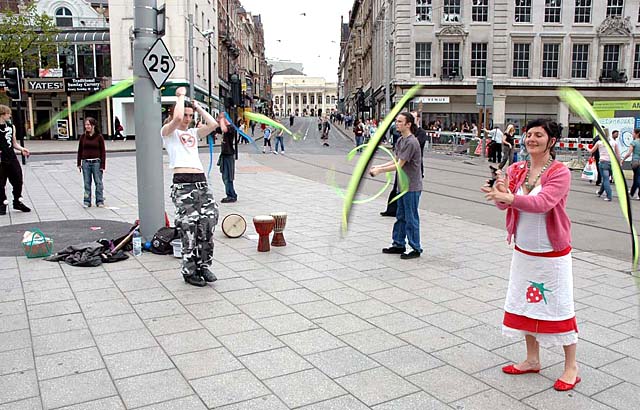 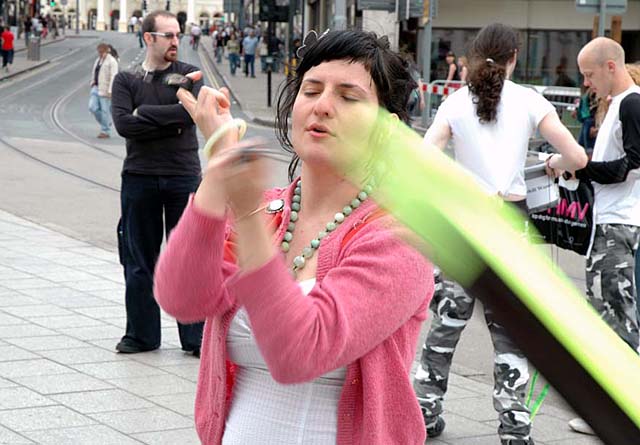 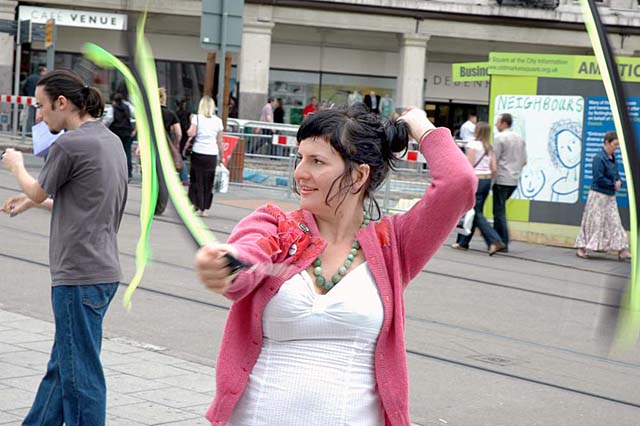 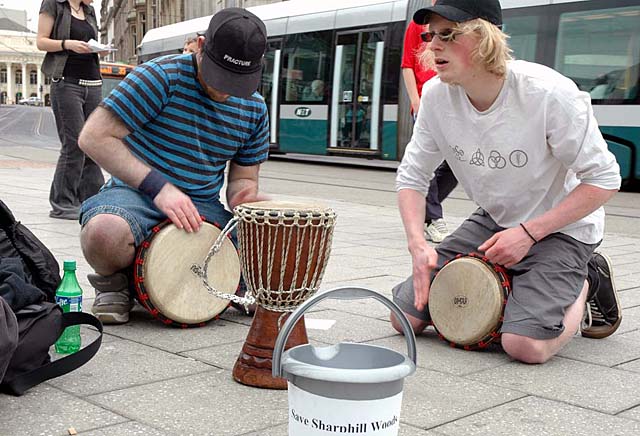 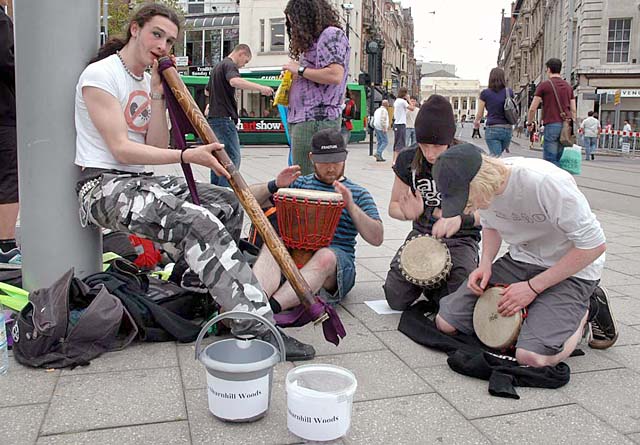 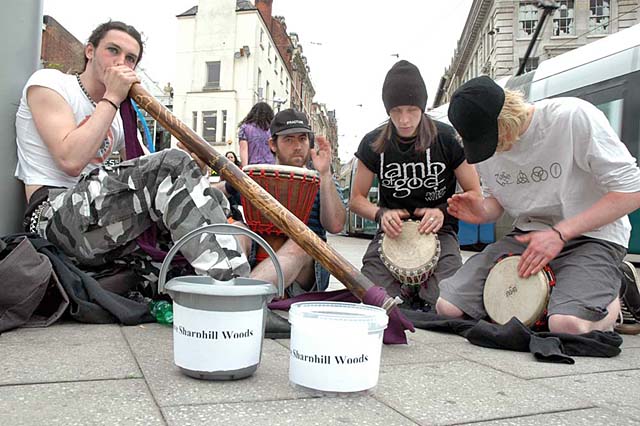 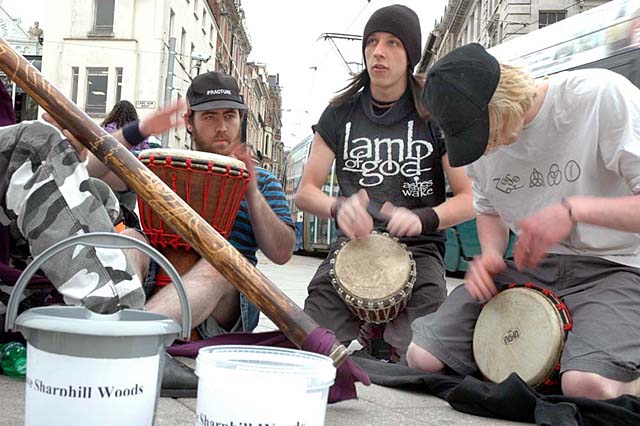 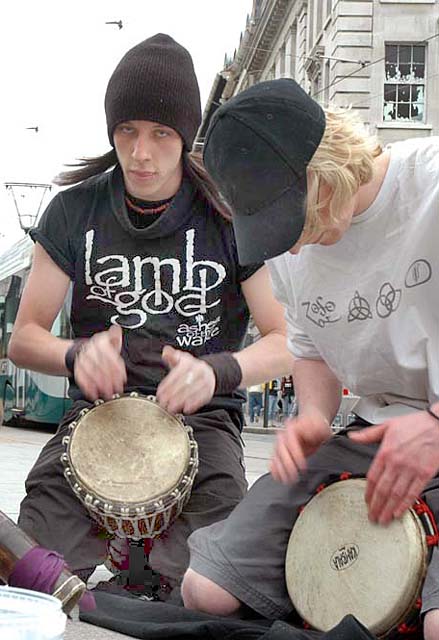 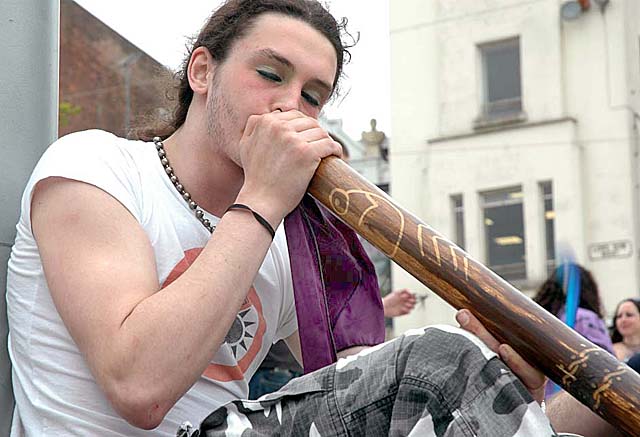 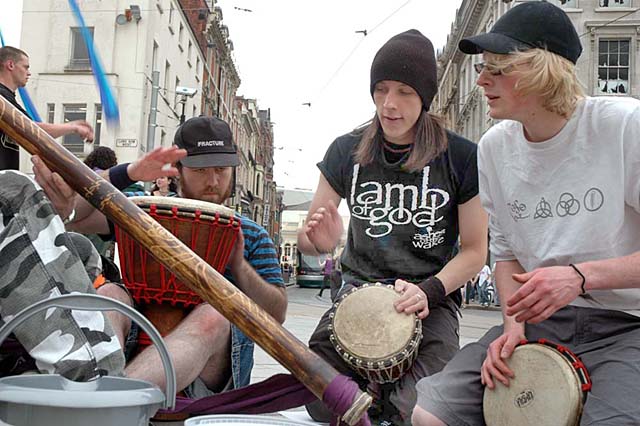 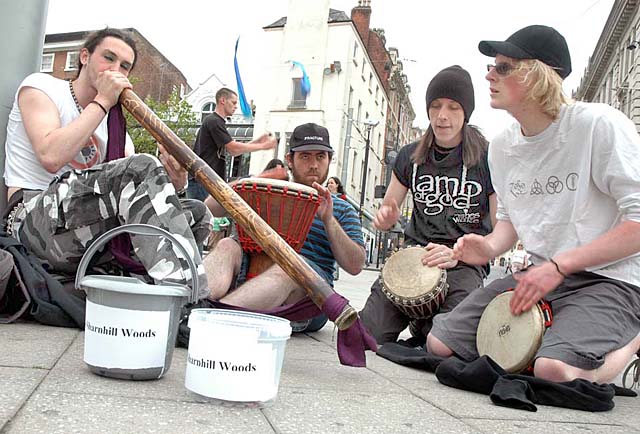 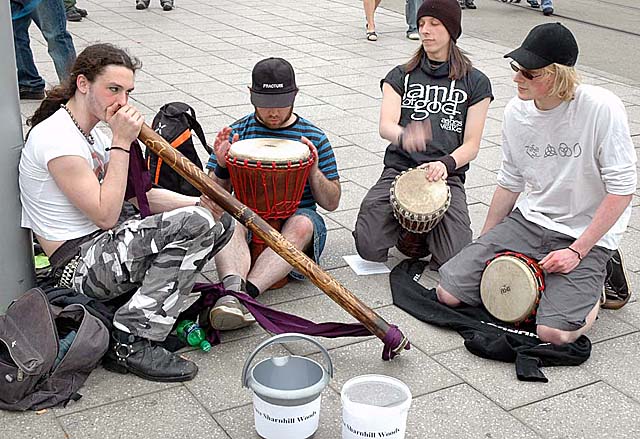 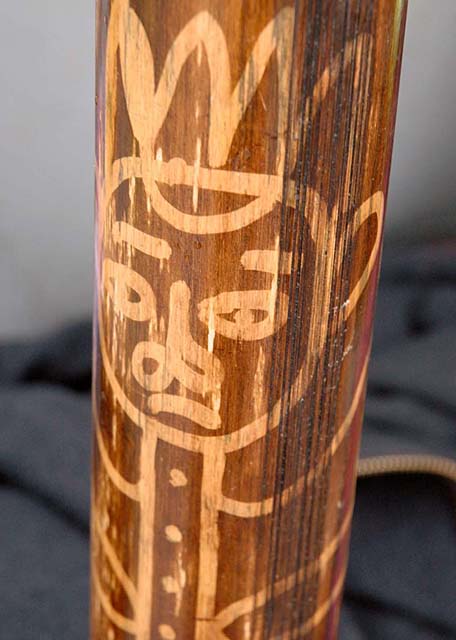 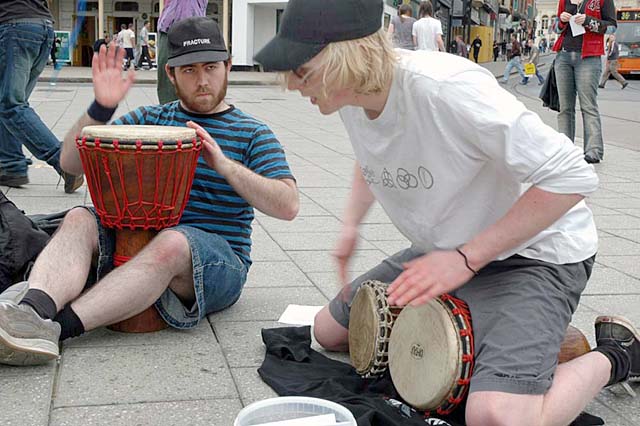 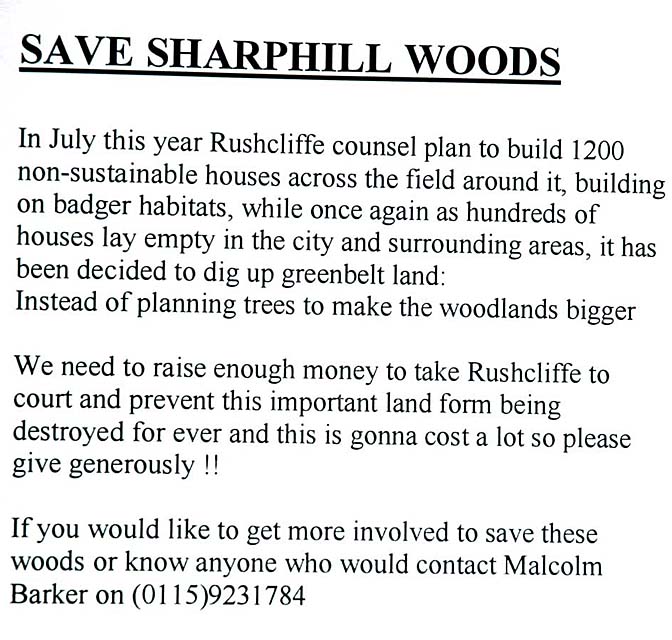 On Saturday Afternoon, protesters opposing the construction of 1,200 homes in a wooded area near Nottingham held a musical protest at the city's main square.


Over the last week, they have set up a camp on the site at Sharp Hill Wood at Edwalton.

Folks are protesting about the descision by Rushcliffe Borough Council to approve the housing plans. The council says the new accommodation is needed to keep up with housing demands over the next 10 years.

The protesters played drums, a didge and other instruments during the march at Nottingham's Market Square on Saturday.

"I think it is a good, positive way of raising awareness," protester Lindsay Adams said.

A government planning inspector recommended rejection of the project but council officials have reassured residents increased traffic will be accommodated.

Some residents believe the development will put too much pressure on local services.

To find the site:

From Trent Bridge, past walmart, go straight up loughbourough rd till it goes right.
From A52 turnleft at ringroad, keep cemetery to your right.
Take the old road which runs up the left side of the cemetery. Look for a wood.


Around ten activists have been living on the area next to Sharphill Wood, near Edwalton, Nottingham. They are often joined by supportive locals also opposed to the plans to be finally decided on June 15. Protestors say they will definately be on-site until then, and longer if necessary. This weekend they have been celebrating their work so far with sound-sytem fuelled partys. Speaking on Sunday, one said: "We've got a lot of help from the community. There are people here now from toddlers to 80-year-olds. "We will stay for as long as is necessary. And everyone is welcome to join us - we need as many as possible. We really need to make ourselves heard." Nottingham activists also have plans for the long term. When the housing is rejected, they want to set up an "ASBO 2" - an extension of the successful social space in the city's Arboretum area. "We want to set up a centre with ecological stuff going on, and education about nature," said the participant.

photo of a photographer 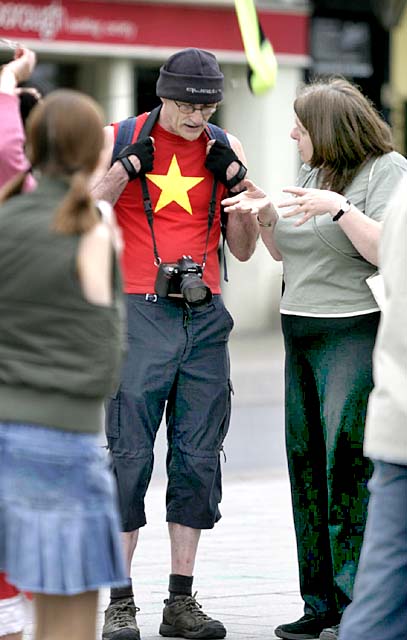 so, this doesn't happen that often .... but there I am, in the market square, photographing these folks. Later, i discover, someones, done me :-) cool!