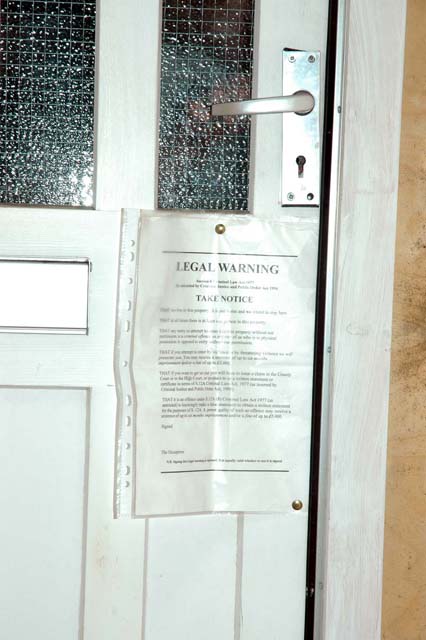 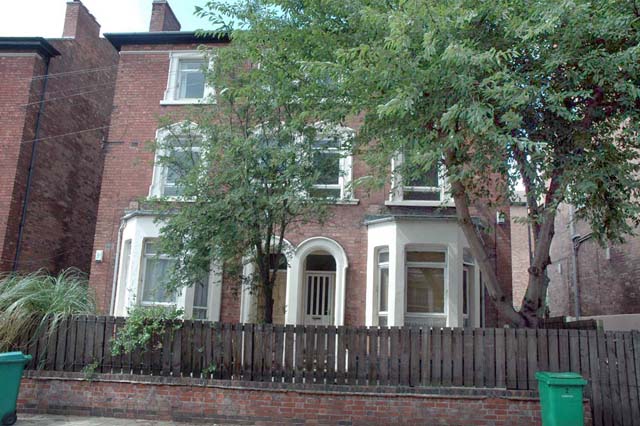 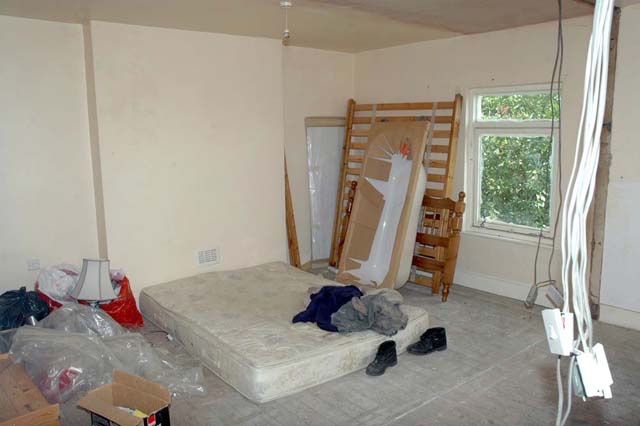 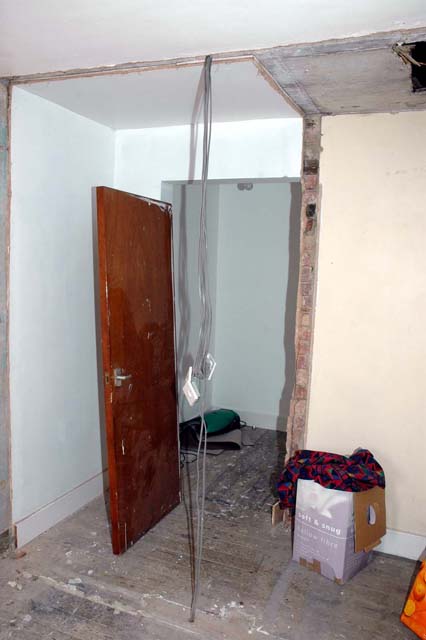 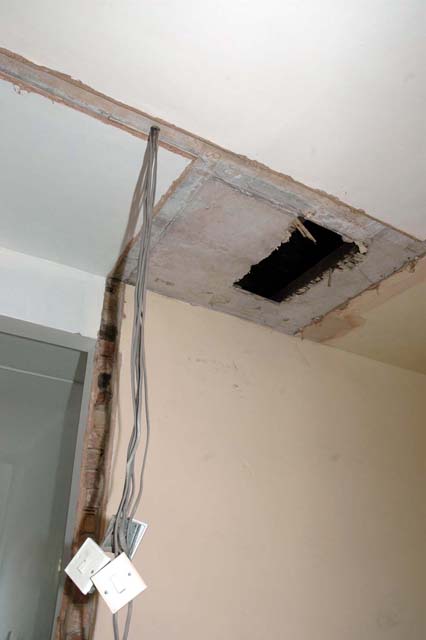 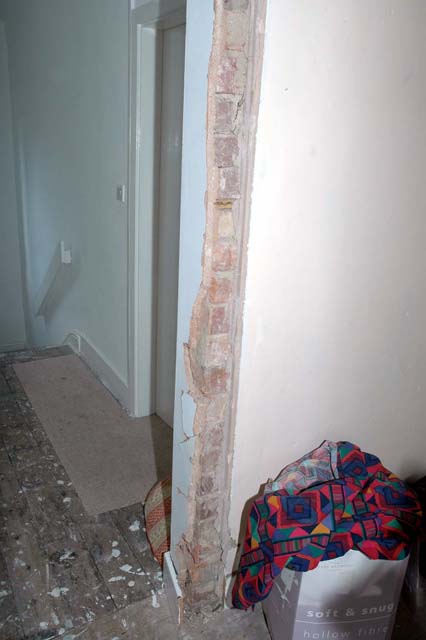 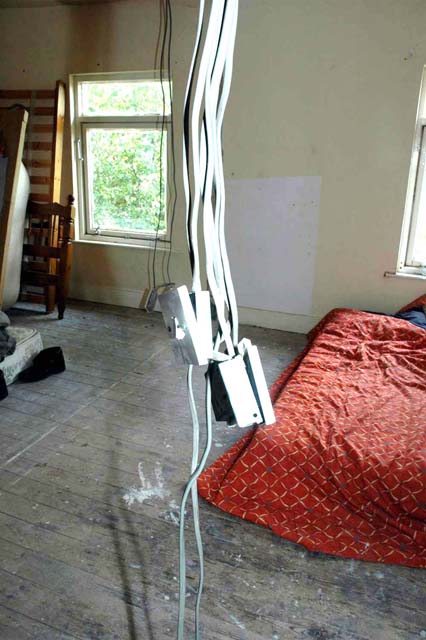 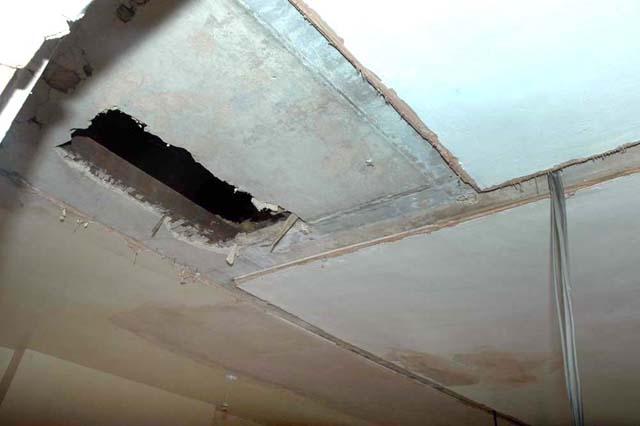 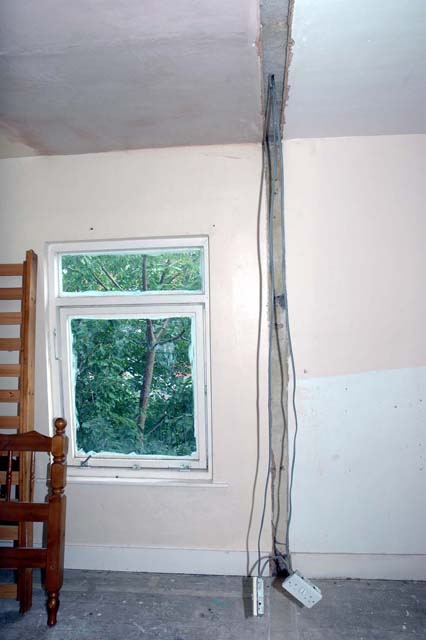 The front page of the Evening Post on September 2nd described dramatic events at the offices of Nottingham City Homes (NCH) which were raided by council workers investigating a corruption scandal. The article is still available online and can be reached using the link above.

What the Evening Post failed to mention (and probably did not know), is how the story is closely linked to Nottingham's squatting community.

On the 5th August an NCH property which had been squatted for the previous few days, was illegally evicted under the threat of violence by off-duty City Homes workers.

The property had been allocated to the father of one of the workers involved in the eviction, but had never been properly occupied. Instead the property was left empty apart from occassional visits from professional cricketers. The strong suspicion of those who lived near the property was that it was being secured via the Right to Buy scheme whereby tennents of social housing have the right to buy the property they live in.

The suspicions were proved correct when squatters entered the building (along with a passing photojournalist). As well as being no cuttlery whatsoever, an internal wall had been removed and electrical wiring was hanging from the ceiling, even though modifications are rarely allowed on social housing.

To top it off the business card of the suspected culprit was on a bedside table, half used for roaching material - and in a plastic bag used as a waste bin, was a guide to the Right to Buy scheme.

Section 6 notices were displayed and for the next few days the property was used to provide housing to people who were genuinely homeless until the evening of the 5th August when the NCH workers turned up. Unfortunately there was only one person in the property at the time and they opened the door thinking that it was friends returning. Instead they were faced with a man with a golf club who snatched the keys and frightened the occupier into leaving.

Craziness ensued as another squatter went back into the building to see if it could be resecured. Two different men came to the door, one holding a cricket bat and the two of them forced their way into the building, thus notching up two violent evictions in the space of less than 5 minutes.

In the mean time the police had been called by a neighbour who was angry at seeing armed men running up and down the street. Upon arriving at the scene they completely ignored the person who had made the 999 call. They entered the building with the NCH staff and chatted for about 10 minutes and were then rude and dismissive to both the squatters and the genuine local residents.

When asked whether they were going to treat the violent eviction seriously one police officer responded by saying that as far as he saw it everything had worked out fine because "they've got their property back" and if that wasn't good enough his other option was to go ahead and arrest everyone at the scene.

A second officer stated that it wasn't a crime for someone to break into their own home. (This is patently not true in the case of an occupied building.) The same officer then went on to say that an Englishman's home is his castle, whatever that is supposed to mean.

In the following days, and after a quick headcount it was decided that there weren't enough resources to muster a revolutionary overthrow of Nottingham's local government and policefarce so instead a number of formal complaints were made. It is these complaints that have led to the suspensions (on full pay sadly) mentioned in the Evening Post.

The fact that the complaints are being treated seriously at all is probably something to do with their timing, coming less than a year after the resignation of Tyrone Brown. One of the stipulations of the Audit Commission that led to his departure was that an internal audit be set up to look into the allocation of homes. It is this internal audit that has taken up the role of investigating the case in hand.

It is perhaps illustrative of the culture that has been allowed to develop within NCH that Tyrone is the honorary secretary of the cricket team which the three suspended staff are linked with. Whether this link is important or merely coincidental remains to be seen.

disclaimer: The purpose of squatting the building was not simply to try and break up a corruption cartel, but to provide housing for those who genuinely needed it. Squatting is legal, and with good advice and a little planning can prove a genuine answer to housing needs.

For advice on squatting try the Advisory Service for Squatters: www.squatter.org.uk

In Nottingham the ASBO Squatted Community Centre is still up and running and needs people to get involved.

Links to more information and pictures about the Nottingham squats' progress