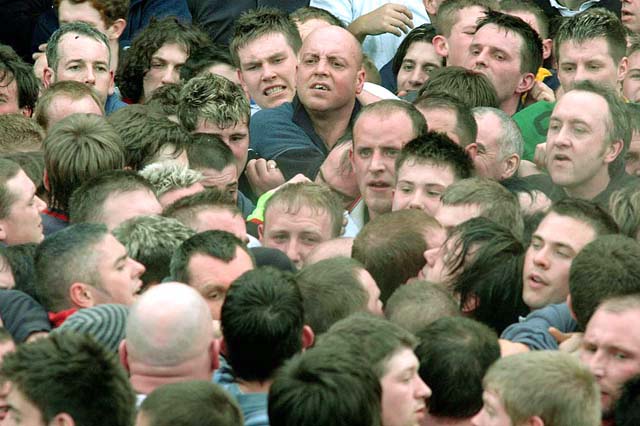 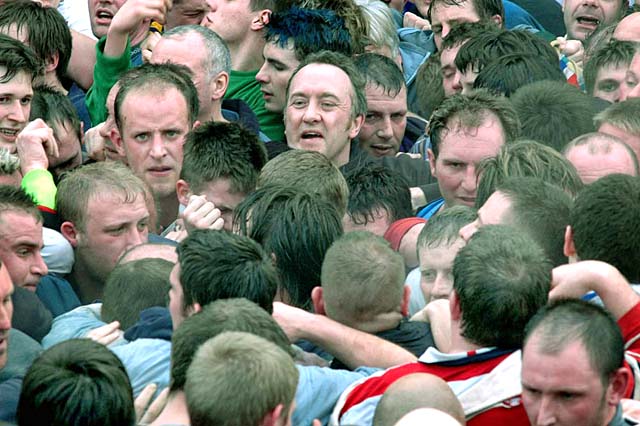 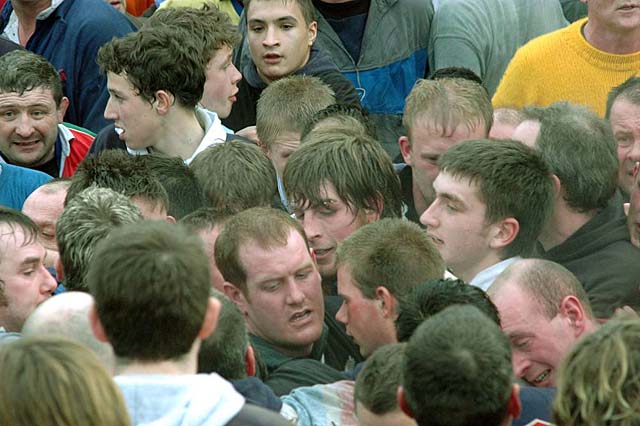 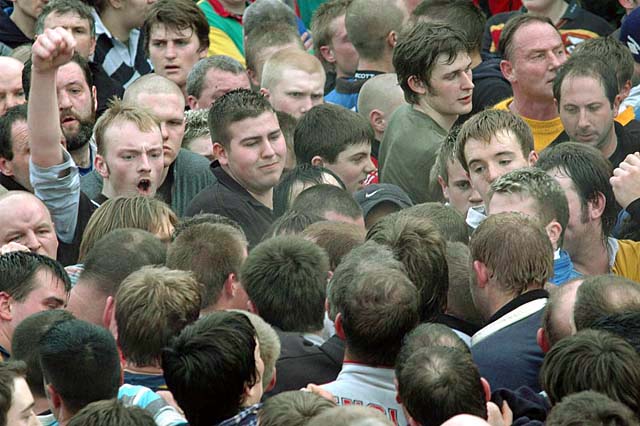 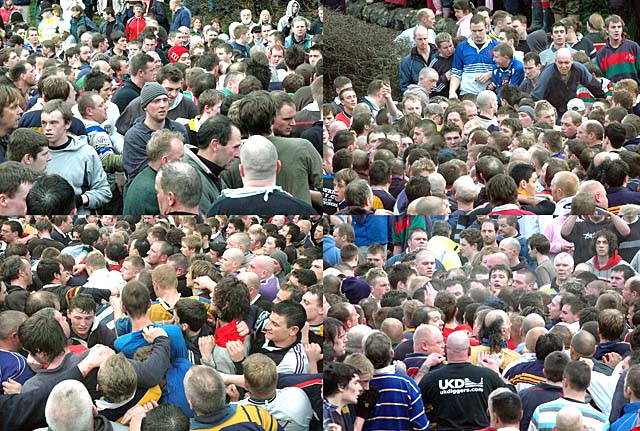 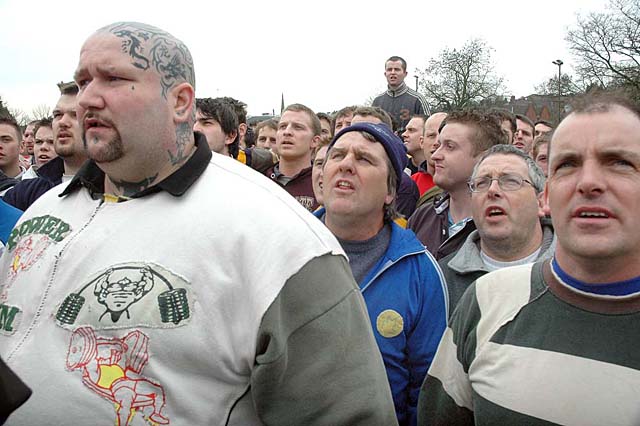 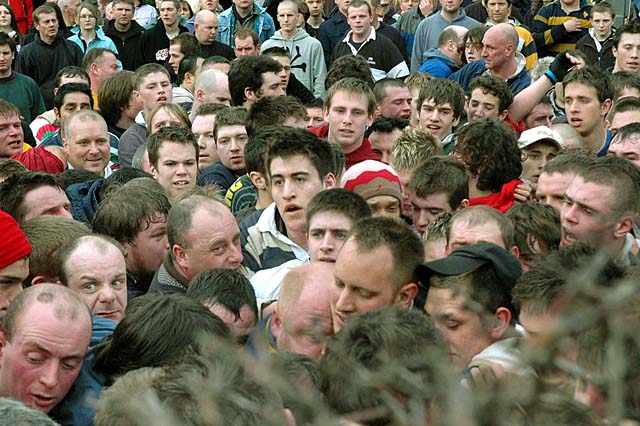 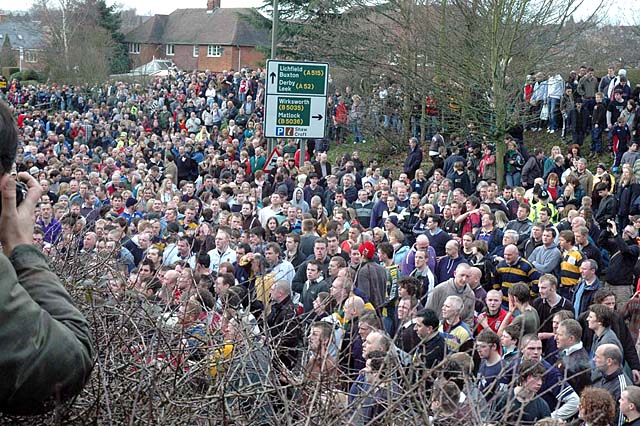 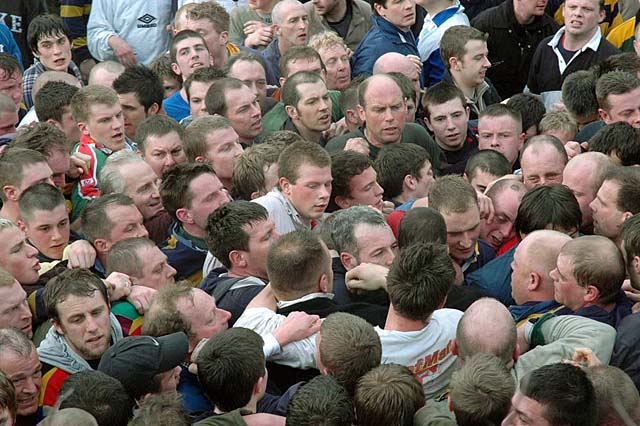 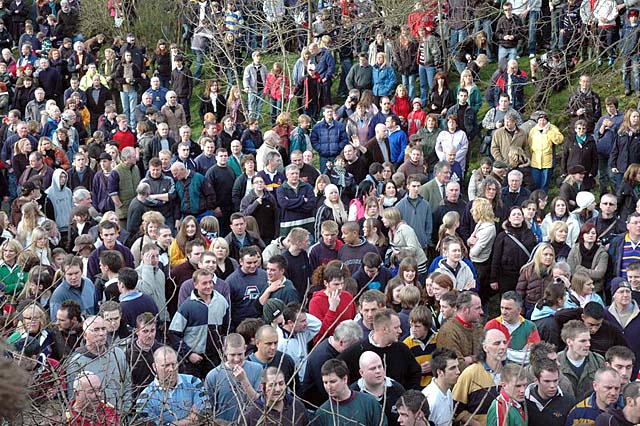 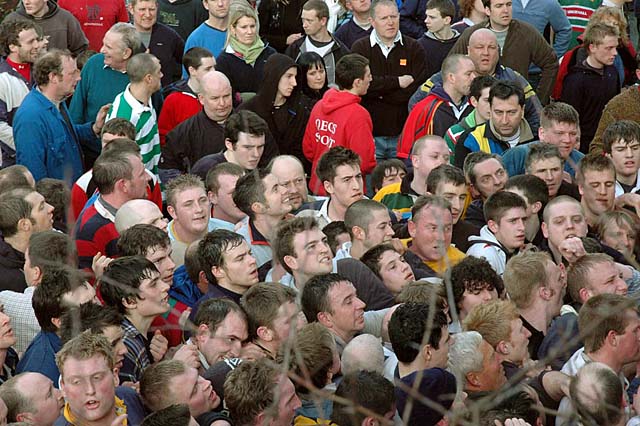 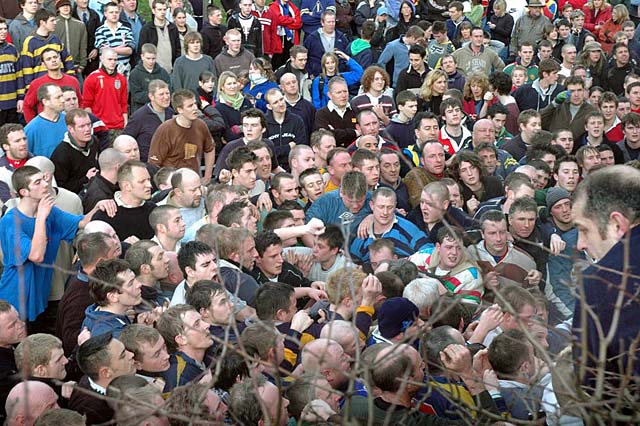 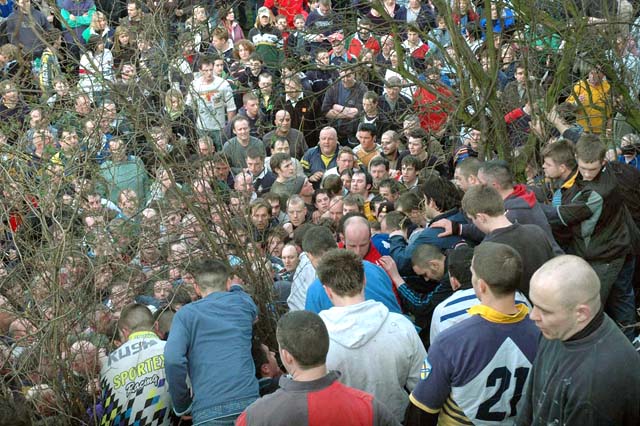 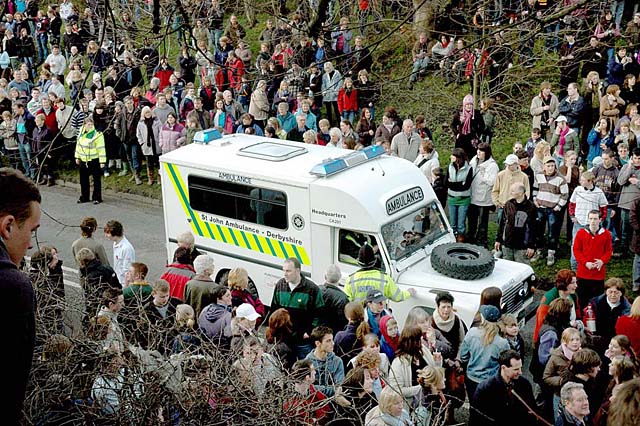 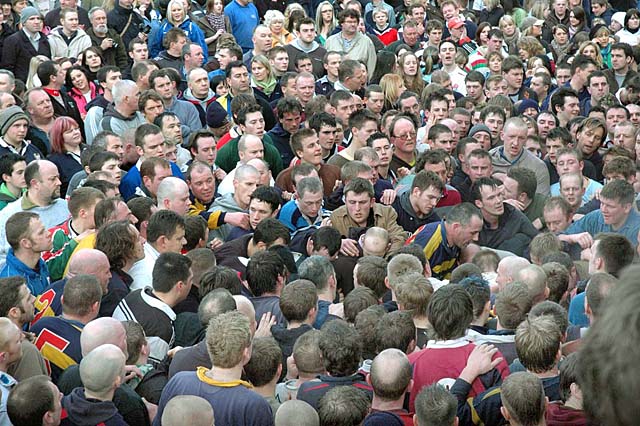 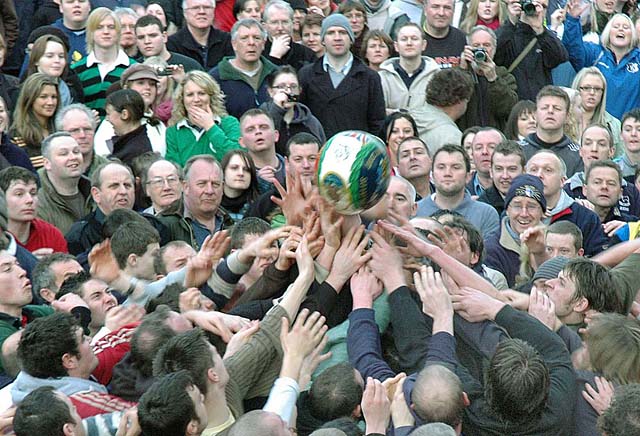 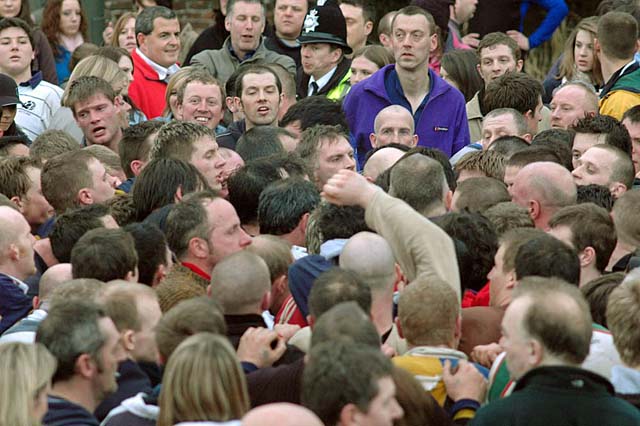 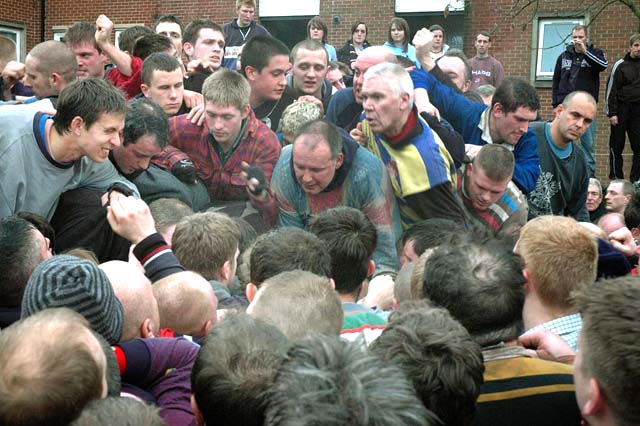 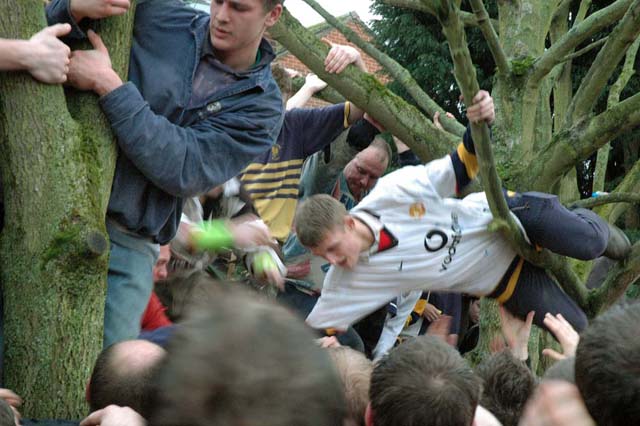 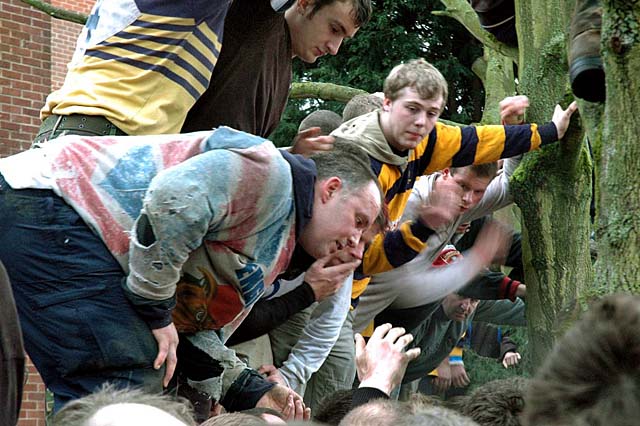 Each year on Shrove Tuesday and Ash Wednesday, Ashbourne becomes a war zone! The majority of the ablebodied men, women and children take to the streets to play what is probably the largest and oldest football game in the world!

http://www.lewesbonfirecouncil.org.uk/, and many other more

exhuberant games and events around the courty, there are those who would like to see them all banned.

But, there are those prepared to risk the chances of someone stubbing their toe, to keep this heritage going.


The main rules of the game are:

One of the earliest rules, from ancient times, states that players must not murder their opponents!

This game is good fun, although you really have to keep your legs or it gets really dangerous. The whole town is boarded out just like the posh bits of London when we have big demonstrations.

Its worth going to for photo practice & cos its good fun

The toughest team I saw when I played was the groundsmen protecting the plants at the local park.

Personally I just did my best to keep the ball in the centre of town & helped stop a kid getting crushed.

I do reckon though there needs to be more refereeing though or a crew of players making sure no one gets crushed,