On Friday 16 March 2007, the Government Coordinator for Respect, Louise Casey, visited Mansfield in the morning and The Meadows this afternoon. Both areas that have been identified for targeted action by the Respect Team. There are 40 such areas. 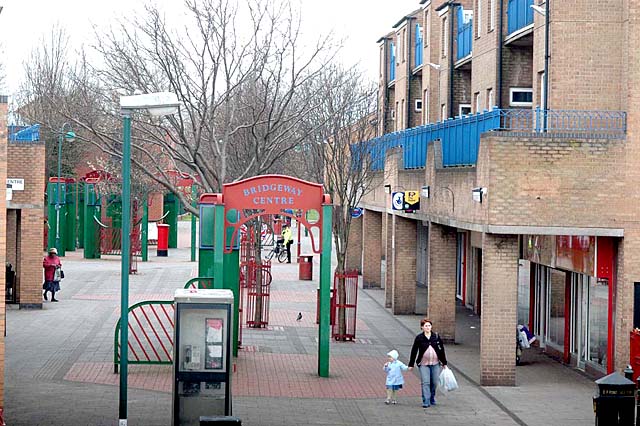 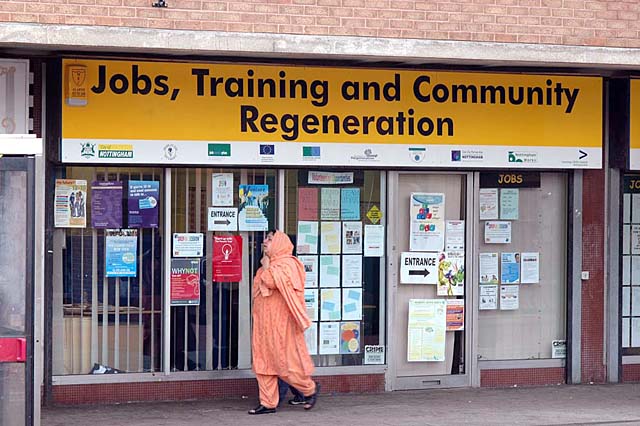 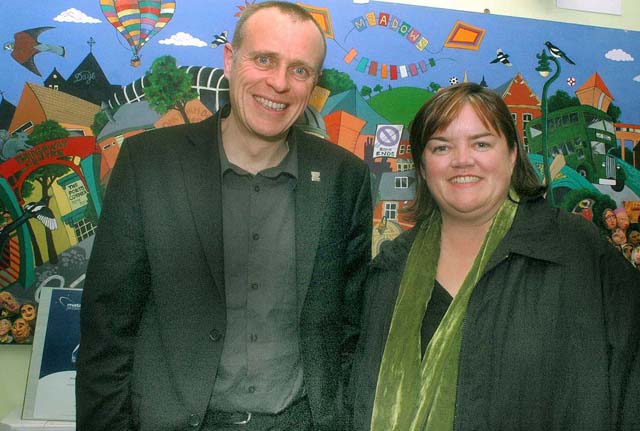 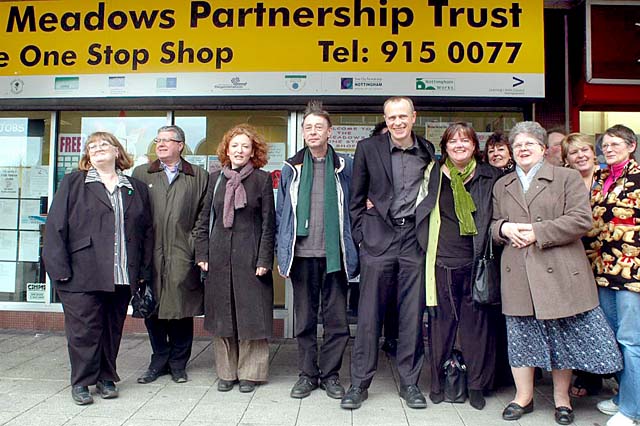 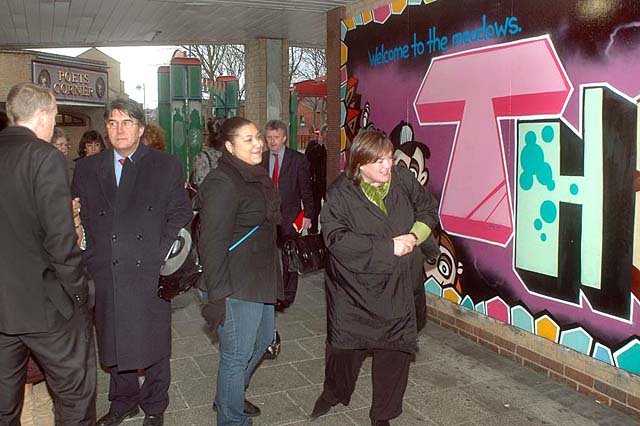 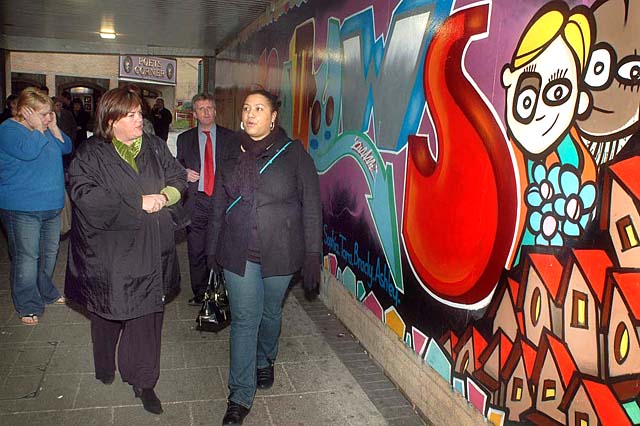 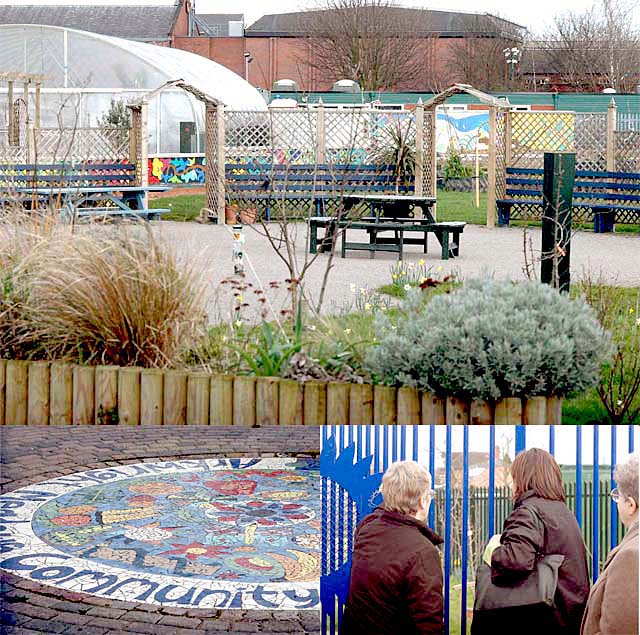 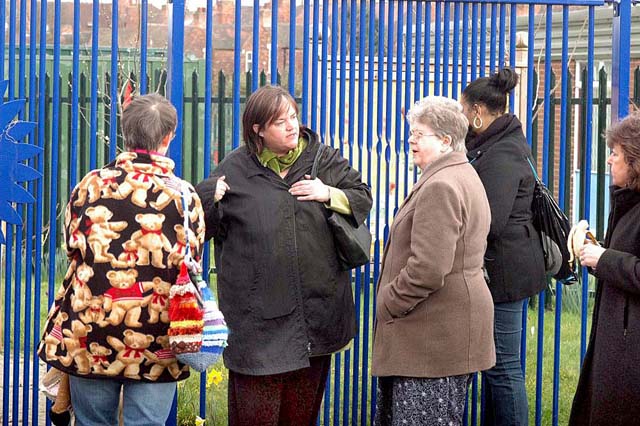 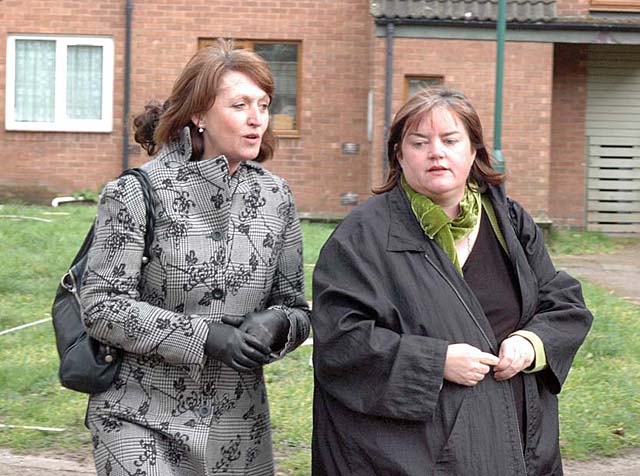 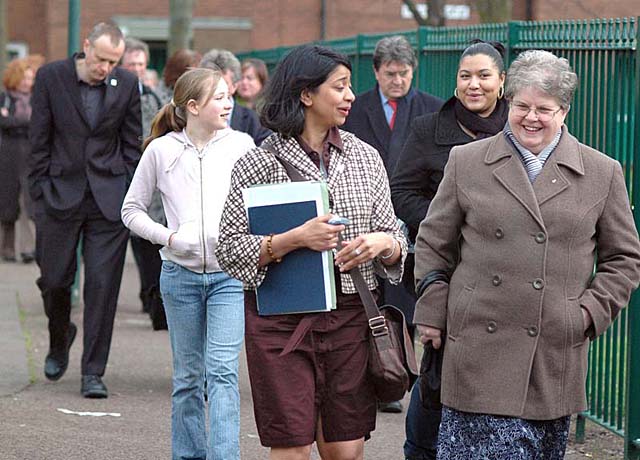 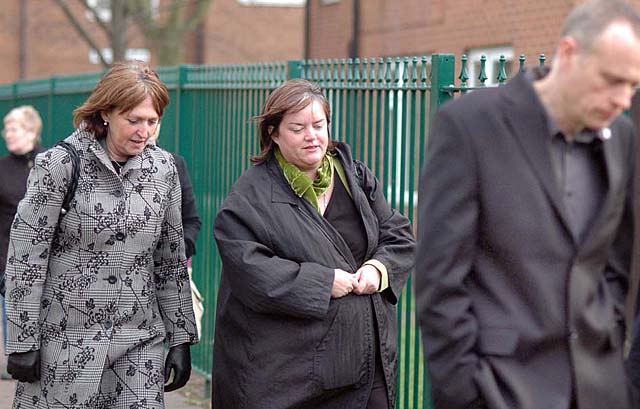 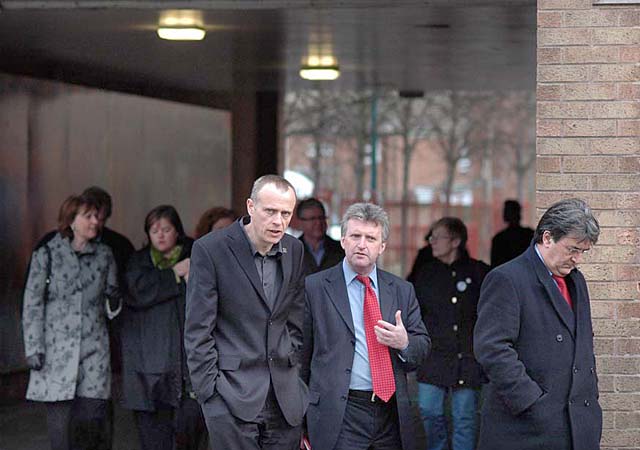 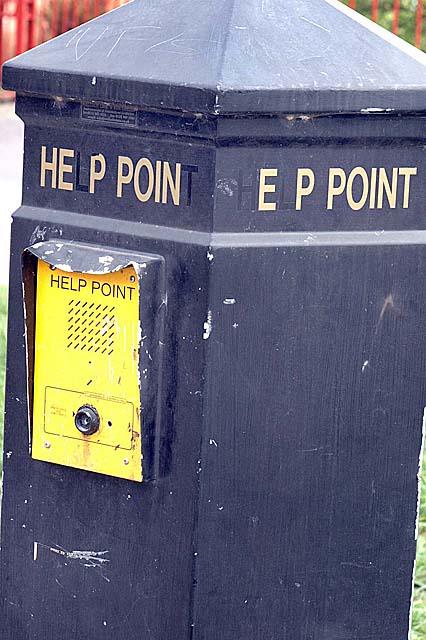 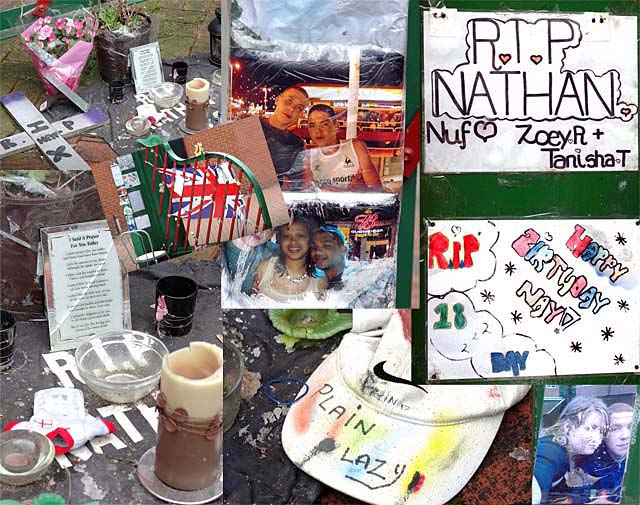 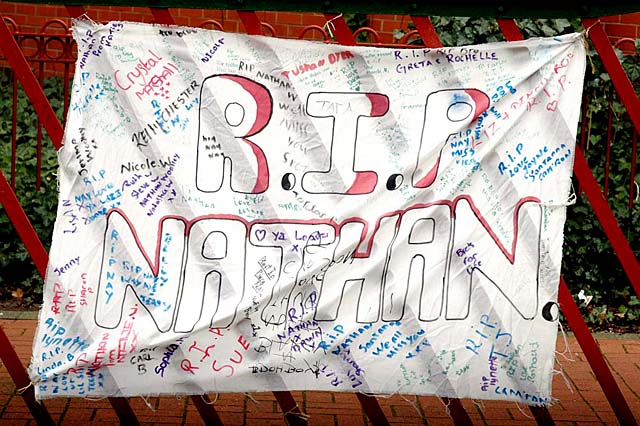 On Friday 16 March 2007, the Government Coordinator for Respect, Louise Casey, visited Mansfield in the morning and The Meadows this afternoon. Both areas that have been identified for targeted action by the Respect Team. There are 40 such areas.

She attended the 'One Stop Shop' in the Bridgeway Centre there. Meeting with local residents and council officers.

While I waited for this meeting to finish. I wandered about the area. It is a soulless place. Like so many other areas of inner city. Wind blew, tumbleweed and dust blew past. Many shops shuttered, licks of paint needed on just about everything.

Judging by the reputation of the area, I guessed there would be much 'hanging about'. However I was quite supprised at the complete absence of people in the street, shopping centre and the area generally. I did however note the 7 Community Protection Officers & Police Community Support Officers, all cycling about the district at different times.

I asked a few folks I passed, if this was the general level of 'policing' that they enjoyed. "No it's fucking not", was one response from an elderly man, and bit of chuckle from another. I pointed out that the Government Coordinator for Respect was visiting just down the road there, and all agreed that this probably explained such a presence.

I guess if they're right, when she's gone, the official presence might well diminish also. We'll see, I'll go back and check next week.

I saw there was a 'help point' which had been vandalised in spite of it being overlooked by a number of CCTV cameras. I didn't think it inspired confidence in those that might want to use it. A lady and small child walked past as I was photographing it. She said: "are you from the council luv. It hasn't worked of ages".

After my photo-opportunity in the advice centre, we went for a walk-about in the area. Ms Casey appeared to quite enjoy the artwork on the walls.

Nearby, Nathan Williams, 17, was shot dead in this very shopping precinct in September last year. There is still a temp memorial there, but sadly, this wasn't on the itinerary during the walk-about.

Then, on to the Arkwright Meadows Community "Orange Gardens". This looked like quite a pleasant oasis in the concrete jungle. Earlier, I has seen it included in their promotional 'slide show' of the good points of the area. Sadly, when we got there the gates were locked, and it was shut. Thus, we all looked through the fortifications at the nice aspect, on the other side of the fence! It struck me that if shut, when the dignitaries were showing off the area, then the access might well be limited to the locals there, for their enjoyment.


The official bit:
>>>>>>>>>>>>>>>>>>>>>>>>>
Funding of £205,000 for Nottingham's drive to promote respect was today confirmed by Louise Casey, the Government Coordinator for Respect, as she visited the city to see some of the local work already underway.

Louise Casey visited the Meadows Estate where she met local residents, including the Chairs of the new and old Meadows Tenants and Residents Associations, who have been involved in efforts to tackle anti-social behaviour and bring respect back to their community. Ms Casey also met with housing officers, members of the anti-social behaviour team and neighbourhood police officers at the Meadows Estate one stop shop to discuss plans to regenerate the area.

Louise Casey said:
"I am very pleased today to confirm that Nottingham will have £205,000 of funding to, not only keep up the action needed to tackle anti-social behaviour but also get to its root causes and stop it happening in the first place.

"Nottingham has already made excellent progress which is why we recently recognised it as one of the government's flagship Respect Areas. The new funding includes money to fund parenting programmes and to find a designated parenting expert to ensure we get to problems in the home before they spill out into the community."

Alan Gibbon, Chief Executive of Nottingham's Crime and Drugs Partnership said:
"Throughout the 'weeks of action' programme we have worked closely with the national Respect team and we are delighted that Louise Casey is able to spend some time with us to see some of the developments, of which we are very proud.

"The Partnership is committed to providing services which meet the needs of our communities and to be accountable to them."

The City of Nottingham was named last month as one of forty Respect Areas across the country that have earned the right to be an exemplar of the Respect programme through its strong track record in tackling anti-social behaviour and the willingness and capacity to do more.


The government's then 'yob tsar' and now 'respect tsar' is also famous for her secretly recorded quote at a private dinner last year, she was overheard uttering the un-ministerial phrase: “If No.10 says bloody ‘evidence-based policy’ to me once more I’ll deck them.”

If i'd known I woukld have turneed up wityh my Glock!!!