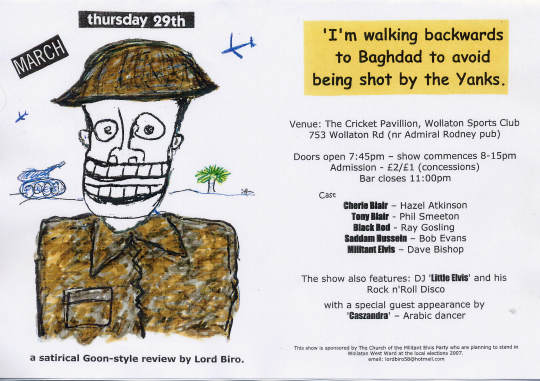 
Plot: Cherie Blair has an argument with Tony at the Queen Mums funeral, walks out, gets drunk and goes on Hyde Park where she meets and falls madly in love with Elvis, now an ageing left wing revolutionary dedicated to overthrowing George Bush who he believes will bring disaster to the Middle East (Presley's current hideout) and trigger off the battle of Armageddon...

with a special guest appearance by 'Caszandra' – Arabic dancer