After a year and a half and several million pounds, the refurbished Market Square is finally open for business. On Saturday March 24 the council threw a big party to celebrate this fact and blow their own trumpet, not everybody was so keen, however. 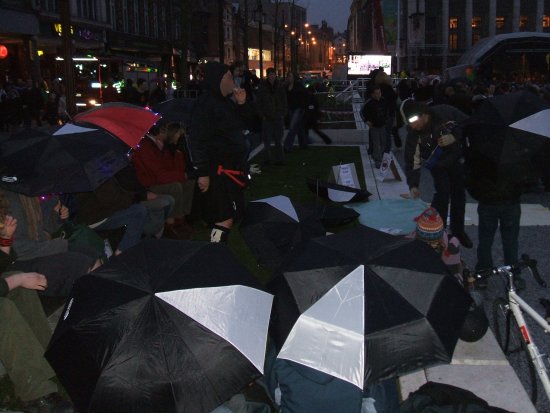 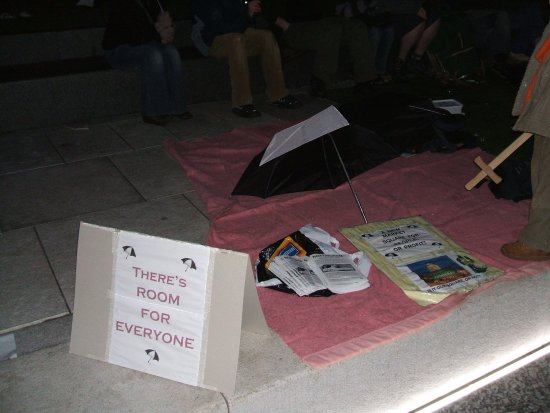 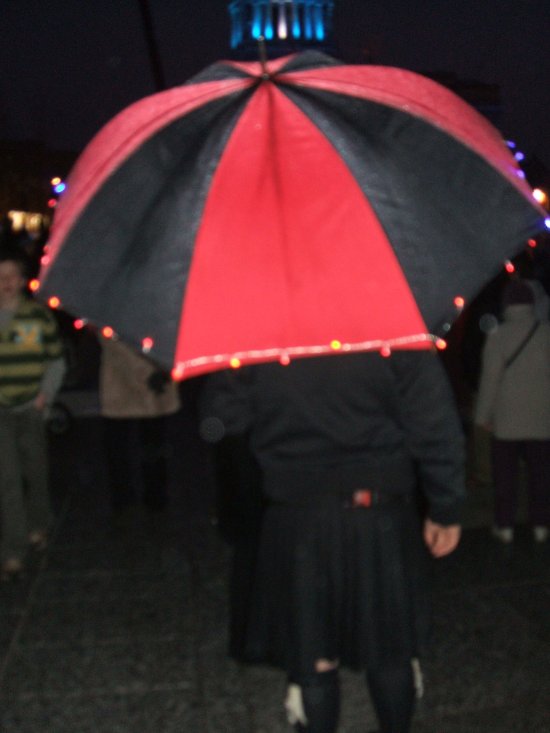 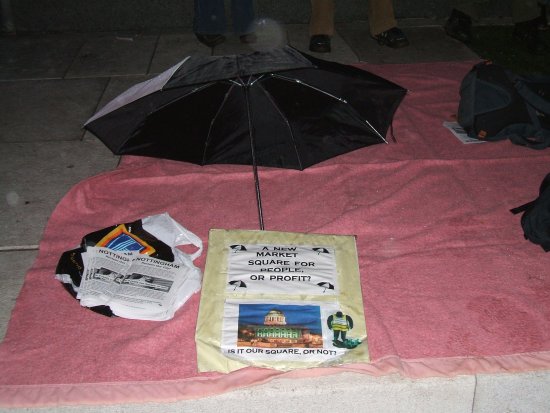 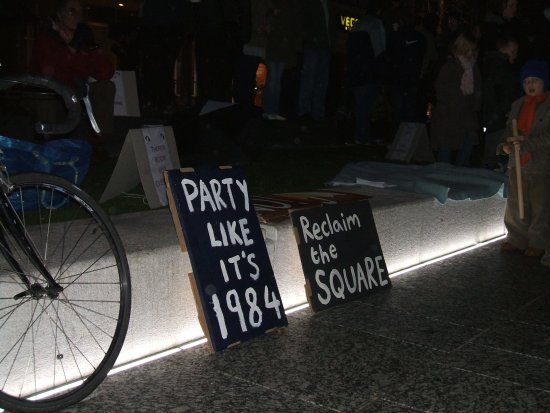 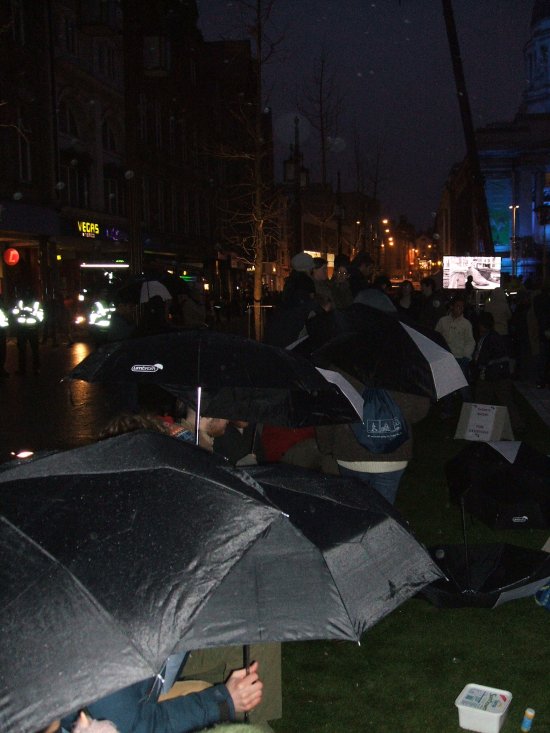 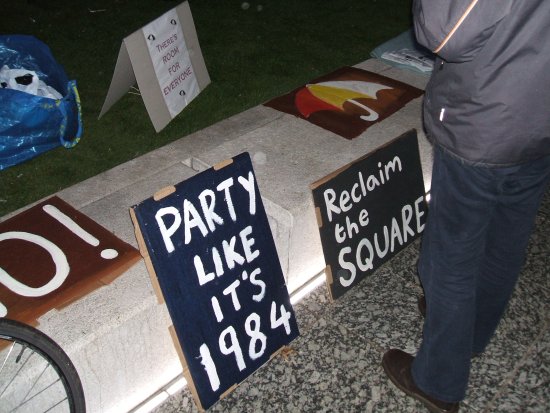 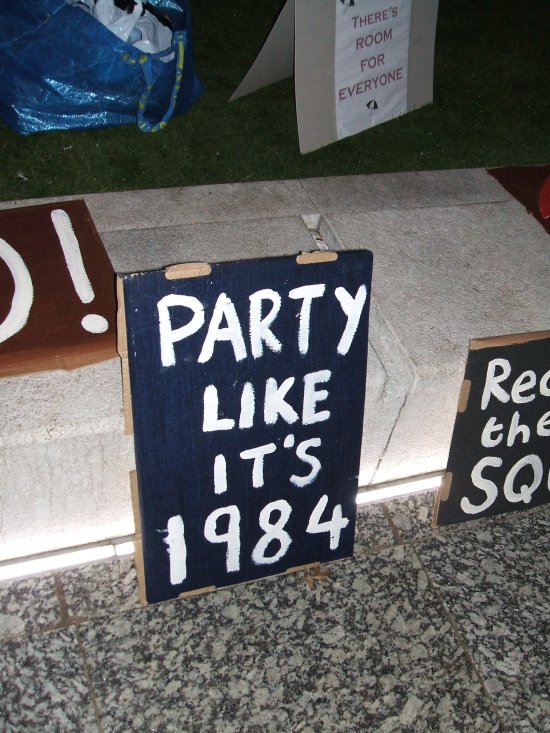 While the official celebrations (complete with bands, fireworks, processions and Robin Hood swinging from a crane) a number of concerned locals turned out to ask who the new square is intended for.

They equipped themselves with brollies as a defence against the omnipresent surveillance and regaled those in the immediate vicinity with music ranging from Abba to the Prodigy while disseminating leaflets (see the uploaded pdf) expressing their various councerns.

While the police largely left everybody to their own devices at least one concerned "member of the public" (very likely one of the gentlemen hanging around with the leader of Nottingham City Council) did feel it necessary to ask the police to pressure participants into turning the music off. Apparently this job required three police officers.

Apologies about the size. If somebody technically savvy at Indymedia wants to resize any or all of those photos, please feel free.

Size does matter. If you want people to be able to see your photos (especially those with older smaller moniters) that is. Also those with a slow dialup connection will be unable to load these huge files. I'll resize and re-upload them now, but it does take quite some time, so it'll be great if you can resize them yourself next time. Please make sure your photos are resized to a max 550 pixles width before you upload them.

Nice one for the report though! :-)