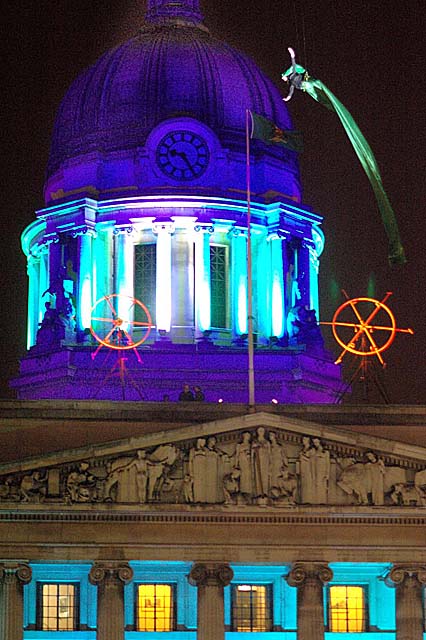 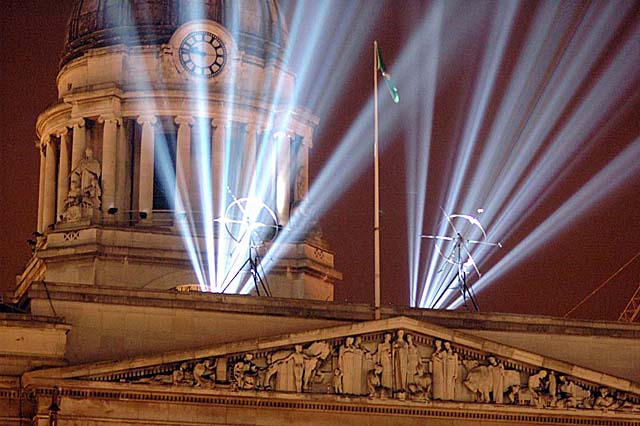 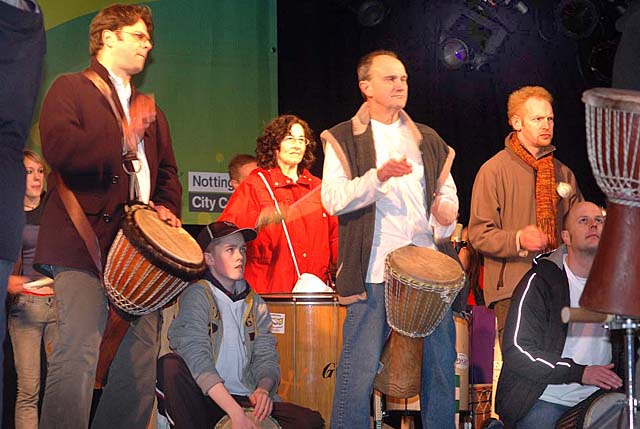 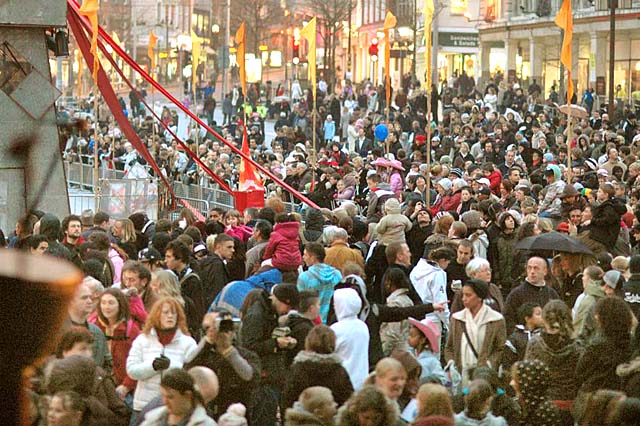 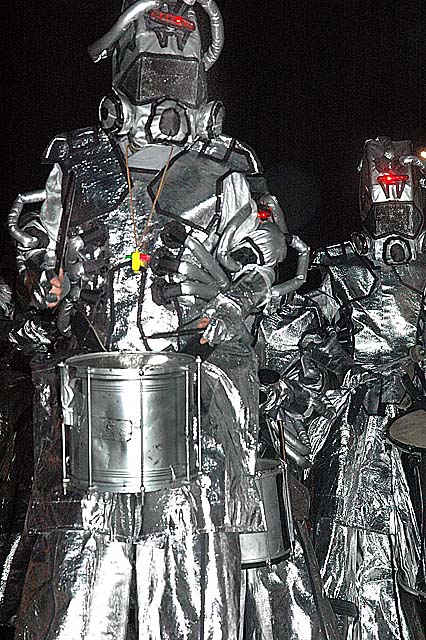 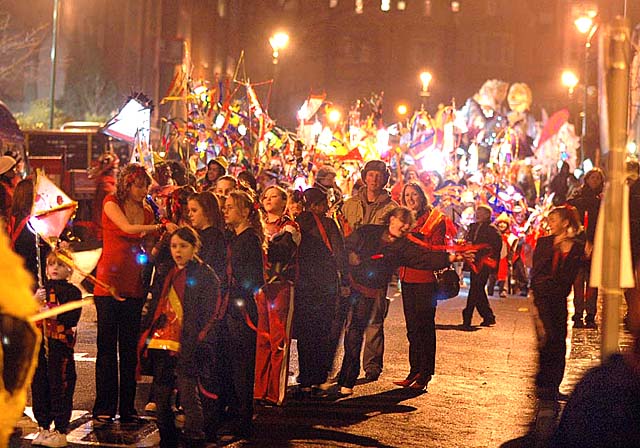 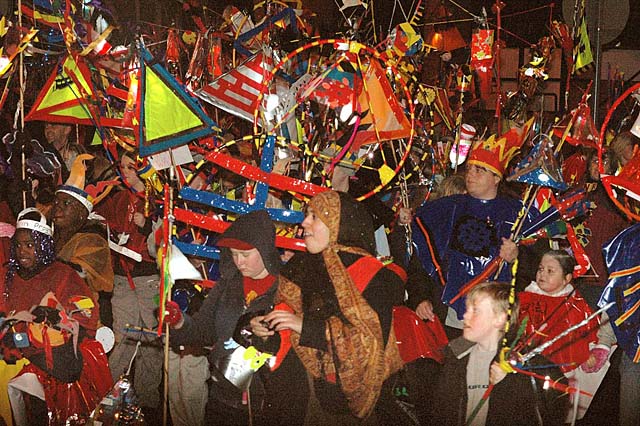 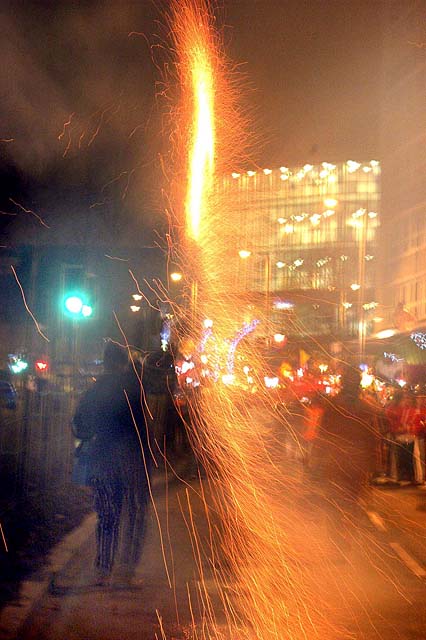 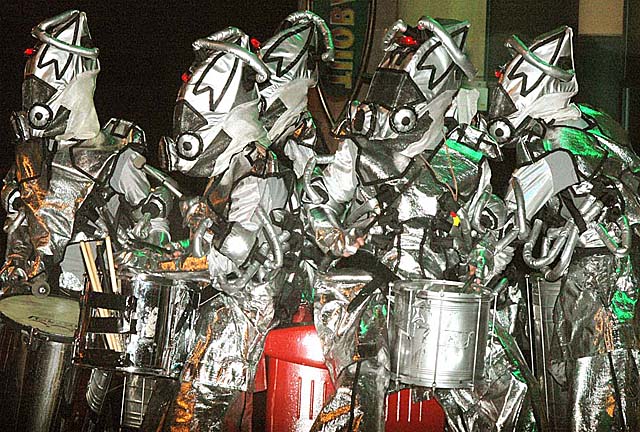 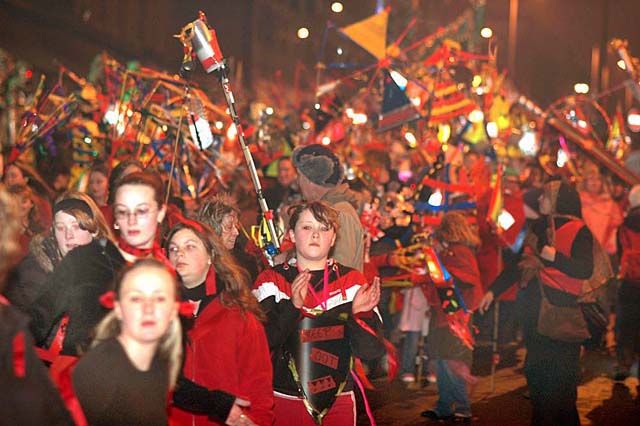 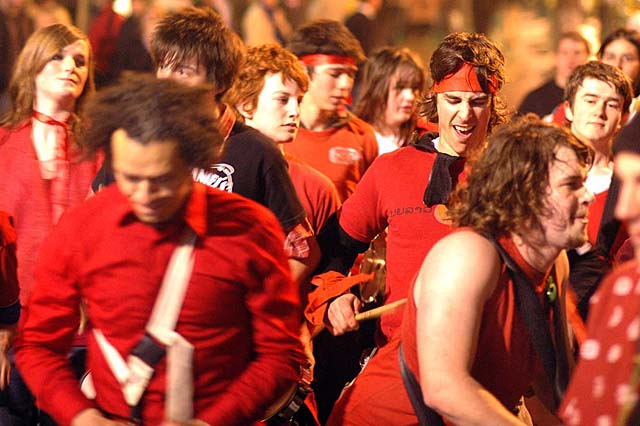 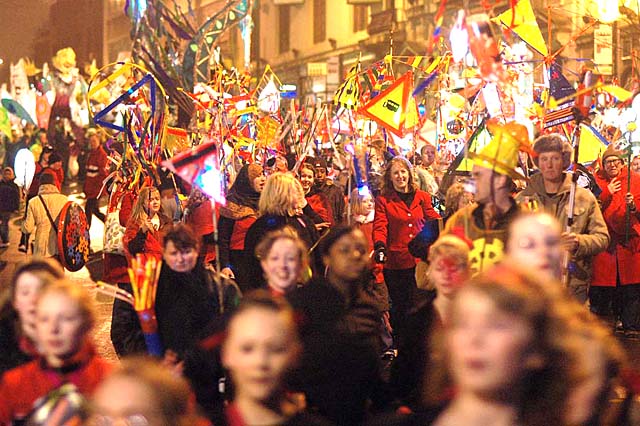 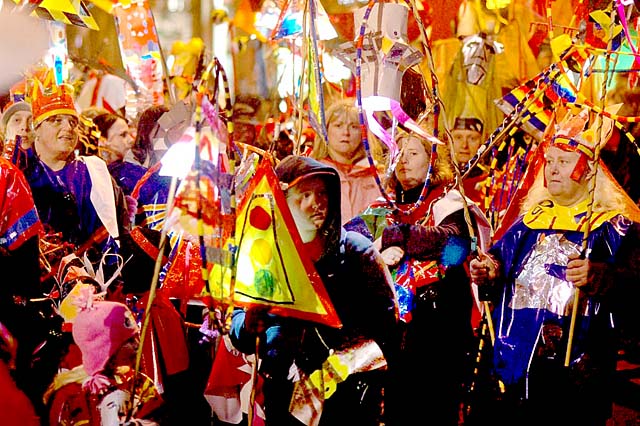 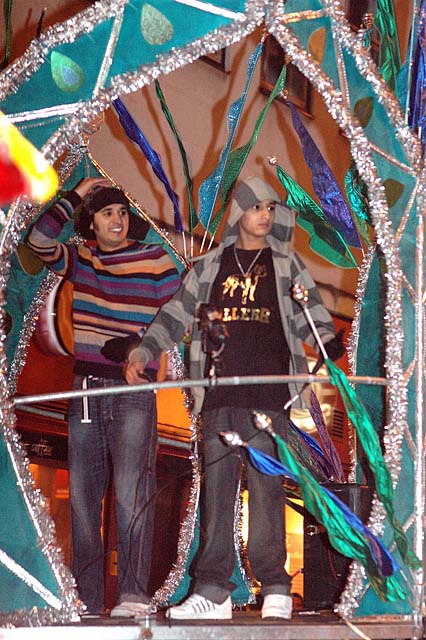 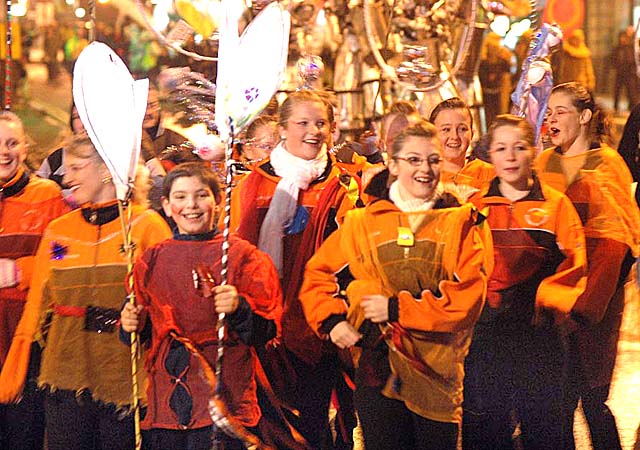 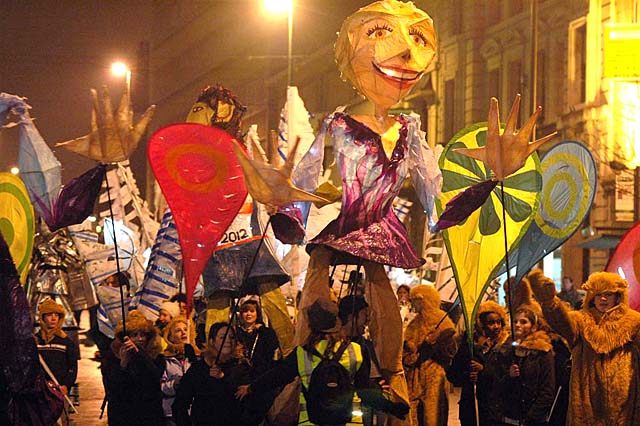 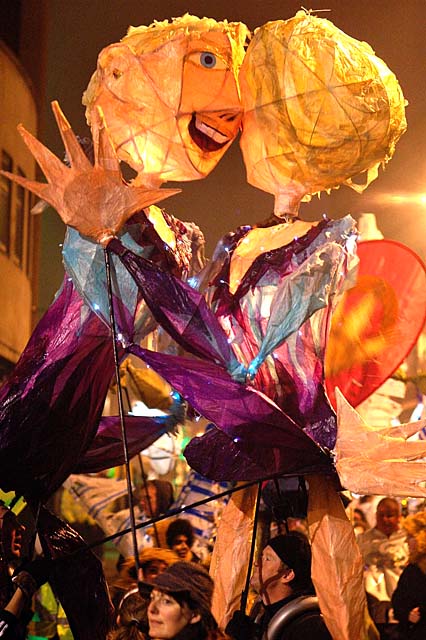 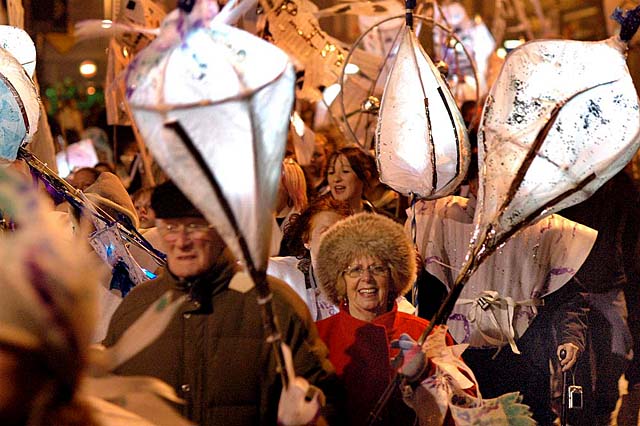 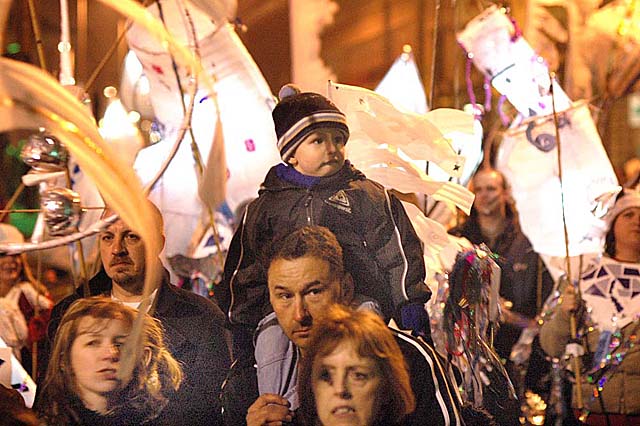 Folks paraded from there, down Maid Marrion Way, and into the square.

The usual suspects there included the Sherriff of Nottingham, Lord Mayor, assorted troups of King John's Army, oh, and Robin Hood, & Maid Marion on a wire, bobbing about above the crowds.

Firworks from the roof of the council House, with guys on rotating wheels. A windmill decked with firworks, [last seen at glastonbury] and the crowd ohh'd and ahhh'd as yet another lot of fireworks, went off, from the Castle.

Now, I ask you. What other country in the world, puts on a main event of celebration in its public space, and closes down in the early evening? Were else do they do that?

Business resumes as normal, the following day, were I watched Wardens tell people off, for skateboarding , bike riding and the like ......... ho hum!