Nottingham City Council leader John Collins was grinning smugly as he mingled with the crowds and handed out leaflets during Saturday night’s Market Square opening celebrations. 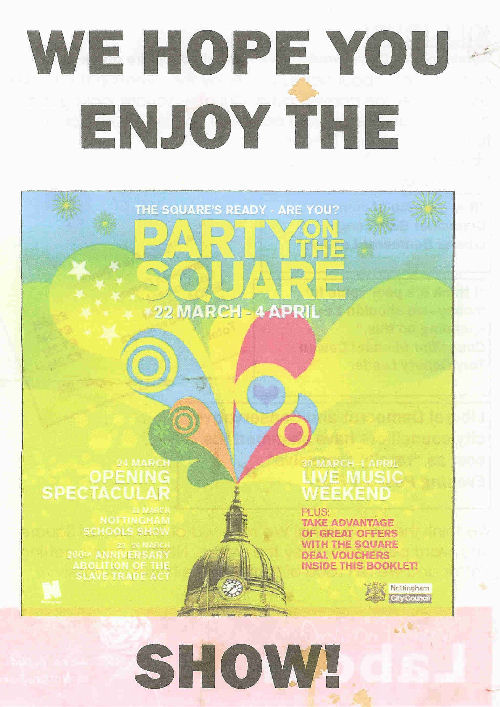 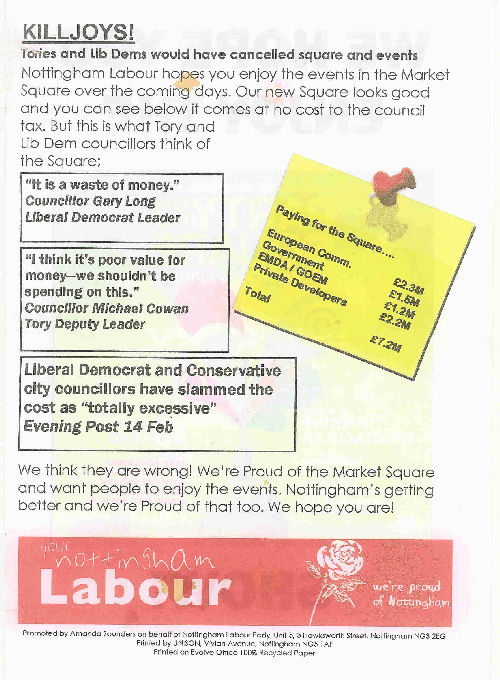 The front of the leaflet reproduced the Council’s market square programme graphics so you would have thought this was an official Council leaflet. But turn it over and you spot the deception: it was little more than party political propaganda produced by the Labour party. Politicians never miss a free ride on a passing bandwagon. But what more do you expect in a culture where political careers and party politics matter more than people.

Unfortunately the text of the leaflet contains a major potential embarrassment for Labour and the Council. It states that £2.2m of the cost of the square’s refurbishment was paid for by ‘Private Developers’. There may be a perfectly innocent explanation for this but it does raise the question of what would motivate private developers to donate such a huge sum to the City Council. 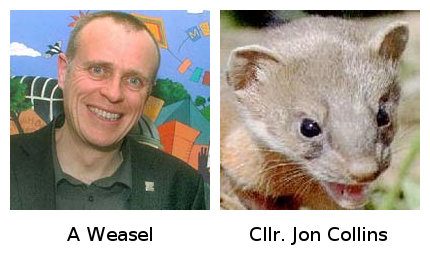 Does anybody know about the legality of this sort of thing? Surely there must be rules prohibiting the use Council logos etc. for party political purposes?

The City Council lawyers urgently want to get hold of an original copy, if anyone has one? (Jon Collins and cronies are illegally using the city council logo for election material).