Robin Hood blockades the Base

On Sunday April the 1st, a team of outlaws from Nottingham blockaded the main gate of Faslane Nuclear Submarine Base for 4 hours.

This was just one day of the 365 day blockade of Faslane that was started in October in response to our governments plan to replace Trident despite agreements signed in international law in the Nuclear Non-proliferation Treaty.

After months in the planning, over 50 people from Nottingham and Derby headed up to Scotland over the weekend. It was an incredibly mixed bunch of people, aged from 14 to 76, and including seasoned peace campaigners as well as people completely new to protesting who felt impassioned into acting by the threat of new nuclear weapons.

After a day spent marching around the nuclear base on the Saturday, final plans for the blockade were put into place that evening. It was a daunting task. The main gate was expected to be completely held by police, and we needed to be there by 6.30am! Nevertheless, despite a tyre blowing out just a few miles from the base, blockaders took the police by surprise and managed a full take-over of the space in front of the main gate seconds after arriving. A mixture of tried and tested concrete lock-ons, and innovative new methods (plastercasting ourselves to each other) were used by the 15 people who locked down in front of the gate.

The success of the operation was amazing, and the support from rest of the 50 or so people was brilliant – from a constant barrage of noise and chants, to biscuits and cigarettes being lobbed over police lines and screens to the blockaders. The last people were carried off by police at around 11am. Everyone was jubilant with success!

But it wasn’t over yet! The Rebel Clown Army was arriving and making a real nuisance of themselves… one was arrested when found in a vehicle he shouldn’t have been in, and others later locked the police in their own compound, making them look even more like fools than they normally do, when after 20 minutes of head scratching and calling the cutting team they found the key just near by!

More members of the Robin Hood team then stood in front of the gates and sang Palm Sunday hymns. When threatened with arrest, one woman refused to move to allow access to the gates. She was quickly joined by a man inspired by her actions who stood with her in solidarity and they were both arrested.

So, out of the 50 strong Robin Hood team, 17 were arrested. They were all held for over 24 hours. Yet spirits were still high when they were all released with only a written warning. On a personal note, I found this event really inspiring. Lots of people who have never done anything like this before came together to pull off a really successful blockade. Hopefully it won’t stop there, and we will continue to work together.

Please add photos to this report! Cops fooled into thinking they're a bunch of fluffies Teddy block base but avoids arrest 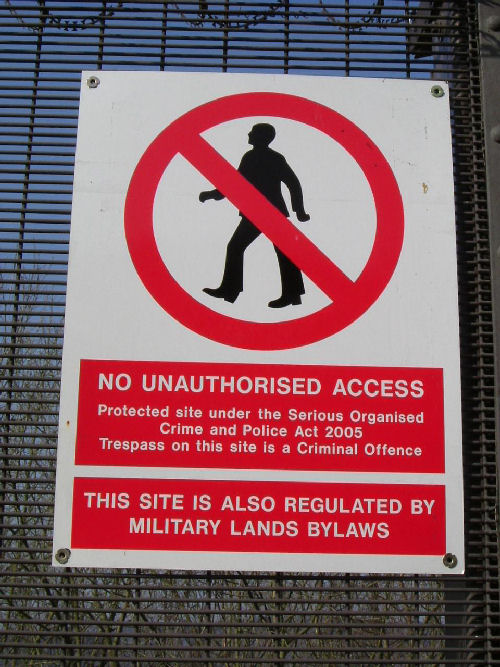 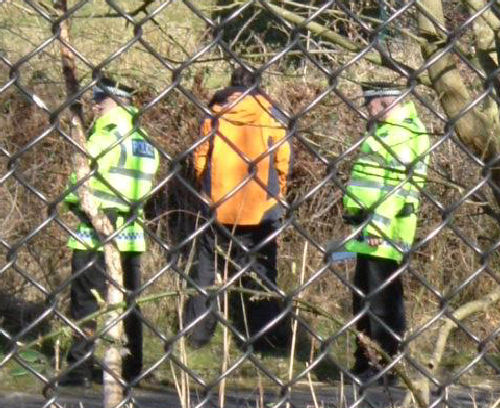 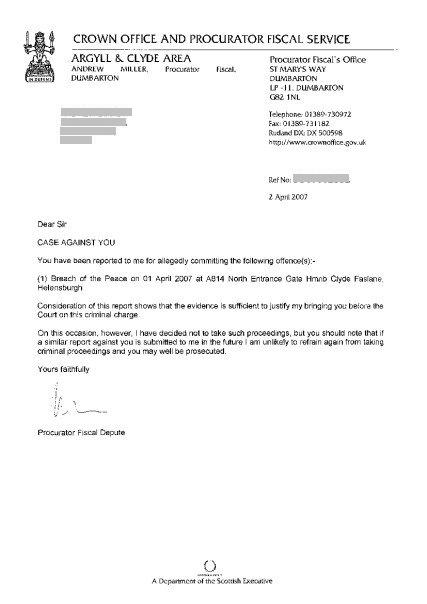 This is what one of the warning letters (not mine as I wasn't arrested) looks like. (Personal details obscured for obvious reasons.)