A report from Nottingham's protest against deportations to the Democratic Republic of Congo. 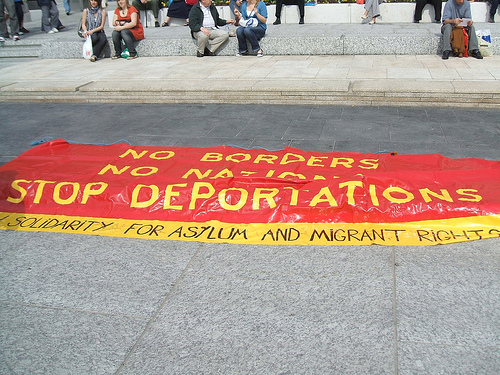 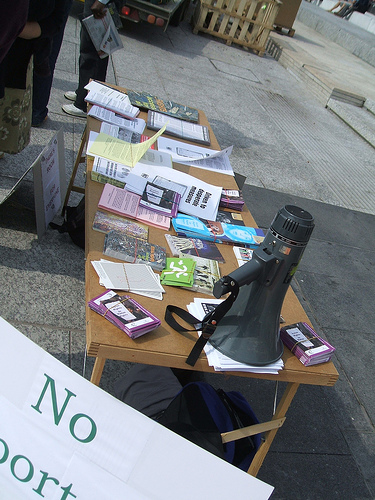 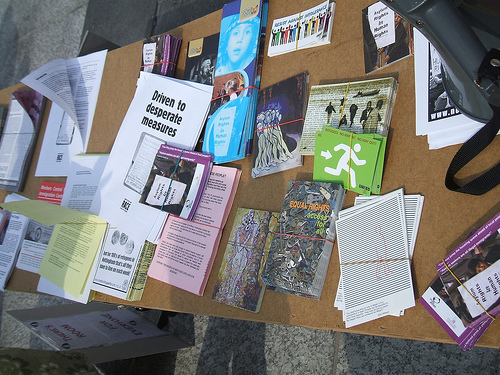 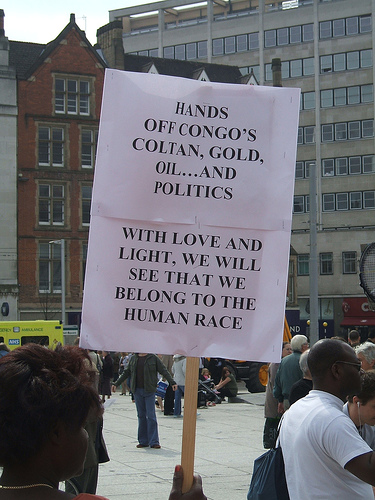 Placards at the ready 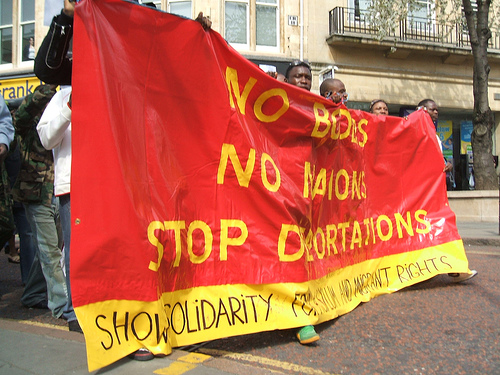 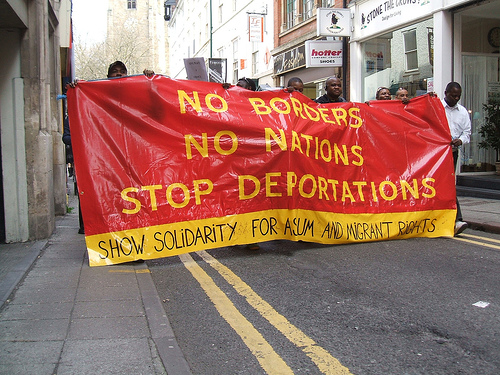 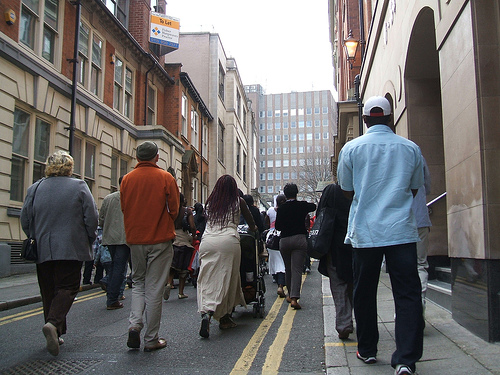 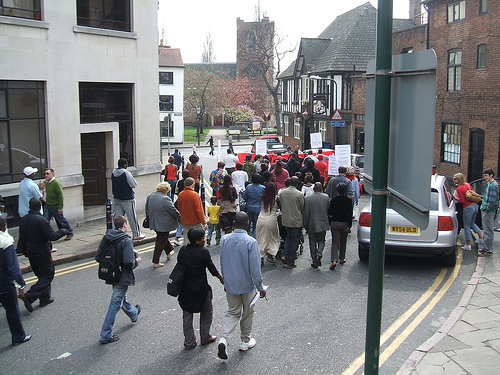 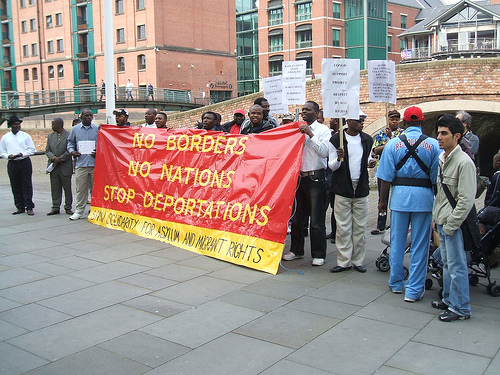 Outside the Magistrates Court

The protest was one of a number taking place across the country to mark a "directions hearing" for the Country Guidance tribunal on the Democratic Republic of Congo (DRC).

The government have indicated that they consider the situation safe and want to return Congolese asylum seekers. Reports from the country, however, note extrajudicial executions, torture, rape, arbitrary abuses and detention. All of which, suggests an intriguing definition of "safe."

In Nottingham protesters assembled in the Market Square where they remained for around an hour, before marching off to the Magistrates Court where they maintained a noisy presence.

Keep up the reporting!

Nice one for the report. This is an important issue as refugees and asylum seekers face more repression than ever before. The situation in Britain is worsening and it is important that activists continue to support wherever they can. Keep up the reporting!

Links to demo reports from Birmingham and London

Other demo reports are linked from the No Borders Nottingham website. It got a bit heavy in Brum, seemingly because police underestimated the huge turnout of 250 which included a sit-down in the road. Police decided to get reenforcements and also arrested 2 demonstrators, but released them later after the protest moved to the copshop. Well done Birmingham!