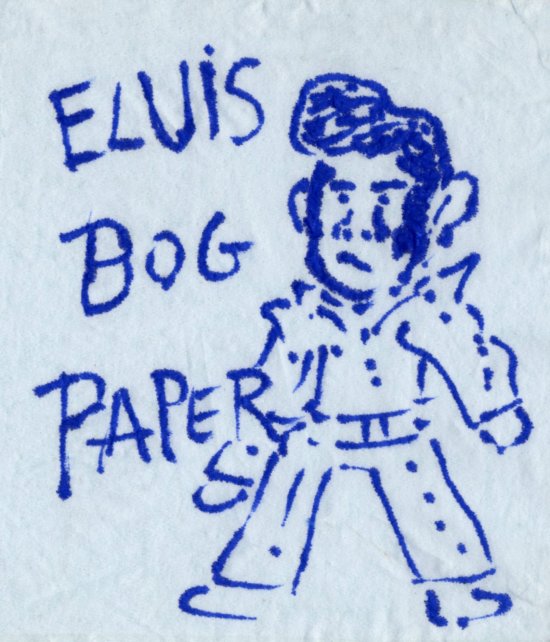 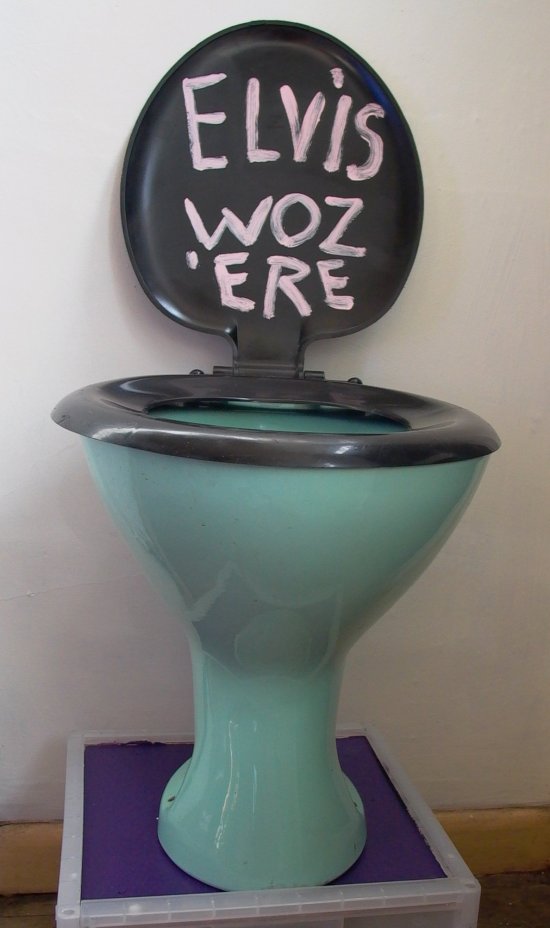 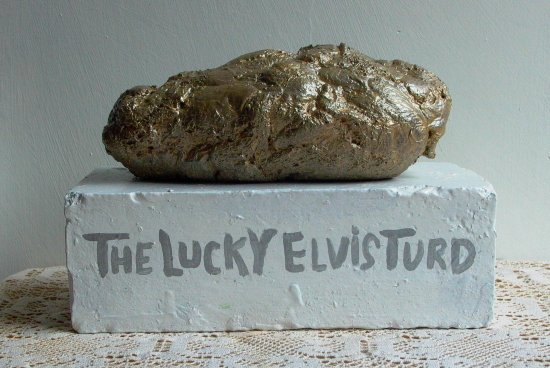 The show is sponsored by The Church of the Militant Elvis Party to mark the 30th Anniversary of Elvis's death.? The show consists of an interactive art installation plus drawings, election flyers and cartoons by Lord Biro, deputy leader of the party.

The installation – a 70's avocado green toilet purchased by Lord Biro at a car boot sale in Heanor, Derbyshire (original home of the first British Elvis Presley fan club). The toilet is believed to be the last thing Elvis sat on before he died (allegedly) on August 16th 1977.

Also included in the job lot were some of Elvis's unused toilet rolls and a fossilised turd which has turned golden with age and is reputed to be lucky.

Visitors to the exhibition will be invited to toss three cheeseburgers (plastic) down the King's Khazi (10p a go) and win an Elvis prize eg Christmas cards, pencils, or a sheet of his bog roll.

All participants in the game will be eligible to kiss the Lucky Elvis Turd and make a wish.