The arms fair is coming!

DSEi, the world’s largest arms fair, will be taking place in London very soon. Activists from Nottingham are planning to take part in a national day of action against it. 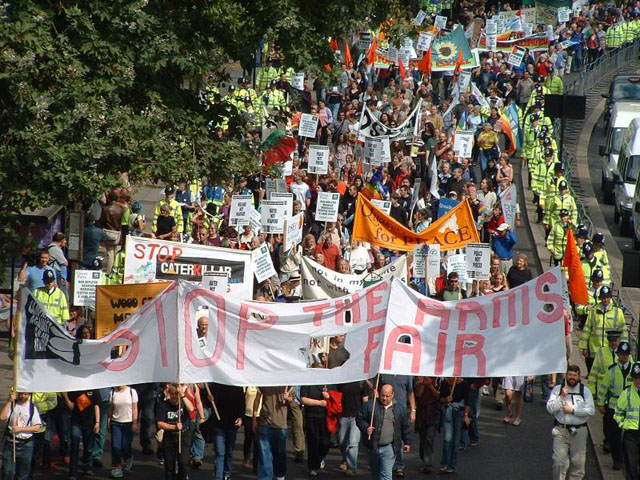 At DSEi, repressive regimes and arms producers will get together to make multi-million dollar deals that will fuel conflicts and impoverish people the world over. The last DSEi in 2005 hosted military delegations from some of the world's worst human rights abusers including Colombia, Israel, Saudi Arabia and Indonesia, as well as companies marketing cluster bombs and torture equipment.

Disarm DSEi is a grassroots campaign against the arms fair. Tuesday September 11th will be a day of action against DSEi. For more information, check the Disarm DSEi Nottingham Group website (address below). If you would like to join activists from Nottingham at the arms fair, please e-mail the address on the website. There will be a meeting on Tuesday 4th September at 19:30 at the Sumac Centre to plan transport, accommodation and the day of action.