Protestors from No Agrofuels UK blockaded DI oils refinery and offices this morning to raise awareness of the detrimental impact of agrofuels. The protest was timed to coincide with the national Biofuels Conference in Newark.
18 Protestors chained the 3 gates to the refinery shut and 2 protestors were D-locked to the main gates. No vehicles were able to enter or leave the site and all work appeared to have been stopped.

Several banners were tied over the gates including "No Agrofuels, Land 4 People, Food, Biodiversity" and "Climate Change Profiteers"

Agrofuels (fuels produced from purposely and intensively grown crops) are not the green solution. They result in deforestation of tropical rainforests and burning of peatlands which increase carbon in the atmosphere. Studies have shown that when you include energy used to grow and produce the fuels including chemical production and transportation they use more energy then oil based fuels.

Agrofuels also cause food insecurity by reducing land availbale to grow food and increasing food prices. They result in land dispossession as people in Africa, Asia and South America are forced off their land to enable crops to be grown for the fuel of Europe and the USA. In Colombia there have been human rights abuses to gain control of the land.

D1 is one of the biggest traders worldwide of palm oil and oil seed rape. They have interests in India, Indonesia, China, South Africa, Zambia, Swaziland, El Salvador and are soon planning to get into Brazil and several otehr African countries. They are directly responsible for land dispossession, food insecurity and increasing poverty, they are not the providing the solution to our climate crisis, the only solution to climate change is a reduction in energy rather then exploiting the biodiversity, people and land of the Global South.

Absolutely not correct. Do you know Jatropha ?

Please do a fast research about Jatropha and you will find the true about D1 oils.

Palm oil and other source of biodiesel are only a secondary market for them..

Why Chris's comments are wrong

As a member of Biofuelwatch (a separate organisation which organised a banner protest outside the conference in Newark but was not involved with the D1 Oils action), I have done extensive background reading about the larger UK biofuel companies, including D1 Oils.

What the protesters say about the link between D1 Oils and deforestation diesel is correct. Jatropha biodiesel is not commercially available. Jatropha is the company's vision for the future. Their website states clearly that they use soya from Brazil and also palm oil. They class themselves as 'palm oil traders and processors'.

D1 Oils, in partnership with BP, state that they aim to acquire rights over 1 million hectares in the global South. The so-called 'wastelands' of the global South are either biodiverse ecosystems (often rich grasslands), or they are land on which local people rely for growing food and for pasture. In Tanzania, 1,100 villagers are about to be evicted to make way for a jatropha plantation by another UK biodiesel company (Sun Biofuels plc). In India, where D1 Oils are heavily investing, the government have declared 13.5 million hectares of land to be 'wastelands' and suitable for jatropha monocultures. According to Indian NGOs, those 'wastelands' are often common lands and forests on which local communities, including indigenous peoples rely.

Many grassroots organisations across the global South have made it clear that they want food sovereignty and they do not want their land to be used to grow food for Europe's cars. 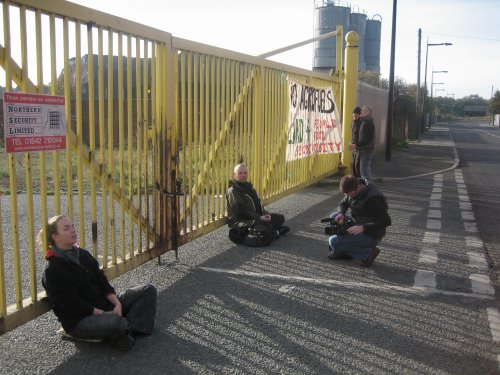 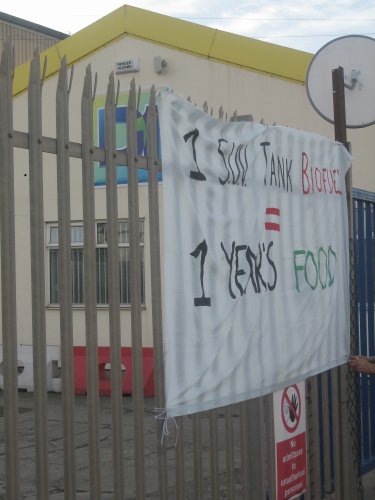 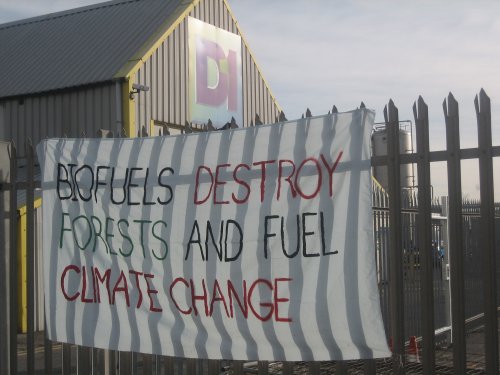 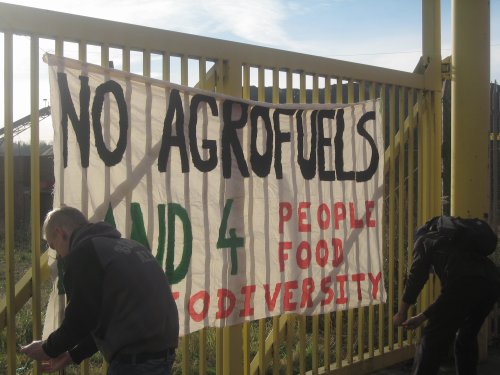 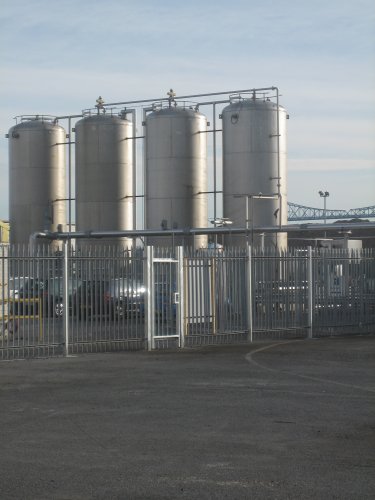 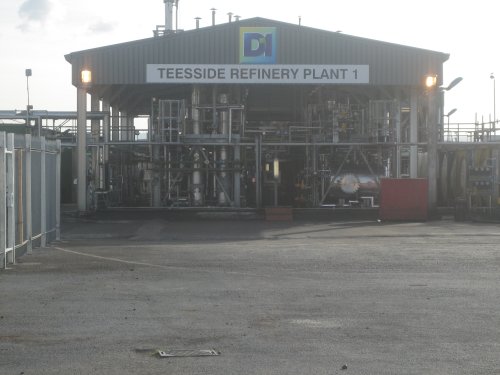 Some photos from the action.

d1 oils isn't doing very much at all at the moment

They can't afford to process much of any oils at the moment, so this is all a bit misguided.


i would say that as the threats of producing biofuels are so dire, it is essential that we get the message out quickly and succinctly to the public (and to the companies involved).

whether D1 are particularly active or not is beside the point. in fact, by doing this kind of action now, may it not put them off entirely?

good on those who bothered to make a stand for some of the most important habitiats for planet and people alike. the worth of the rainforests for all our survival on earth can't be overstated- to say nothing of the injustice of taking it away from the people and animals who live there.

on the comments page of the newspaper edition of the Middlesbrough Evening Gazette it promotes D1 oils puff.

"the biofuel protesters who chained themselves to raillings (sic) at the Middlesbrough oil producing plan might well have the interests of the world at heart. but they picked on the wrong target in turning up at D1 Oils HQ. of course questions must be asked if rainforests are being distroyed. but on teesside the bio fuels industry is a totally different proposition.

a clean and green method of developing this new science is being pioneered here. and with D1 oils that involves the planting and production of inedible vegetable oils principally from the Jatropha curcas bush which grows on land not used for food crops.

these are early days of a technology that could have a major impact on out planet. there may be concerns around the world but protests on teesside are entirely misguided."

online story about the protest can be found here:

The Nitrous Oxide emissions from the production of Agrofuel are already having an escalating and catastrophic "impact on our planet."

The EU is set to force this into all fuel. The profits involved mean that they cannot be stopped by reasoned argument alone.

According to New Energy Finance, D1 oils has been challenged in an Indian court for having stolen Jatropha germplasm from Indira Ghandi University. Large scale Jatropha plantations have the same consequences as other commodity crops. The case of jatropha is similar to sugar cane; it needs a lot of labour, but only if wages are very low, otherwise it is not economically viable (or, as in the sugar cane case, mechanised harvest becomes more economically profitable).

Also referred to in

http://www.jus.uio.no/forskning/grupper/intrel/YBIEL/Reports2Check/10-12-A--India.doc
"The specter of biopiracy was raised anew in India during 2006, as a result of the theft of Jatropha germplasm from the Indira Gandhi Agricultural University by an employee of D1 Oil India Pvt. Ltd., a British company. The State Government of Chattisgarh set up a Commission of Enquiry to investigate the matter."

What do you propose?

There is no doubt that providing a viable alternative to fossil fuels is a difficult problem but it is not made any easier when people would rather criticise other people's efforts than propose ideas themselves.