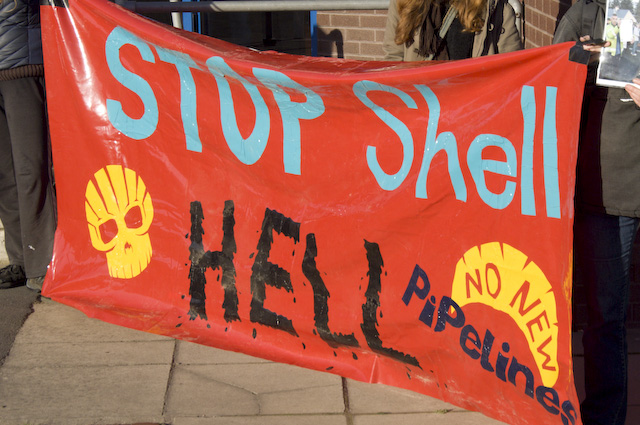 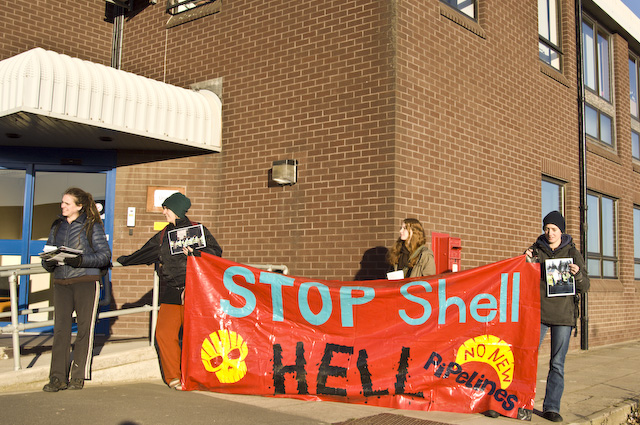 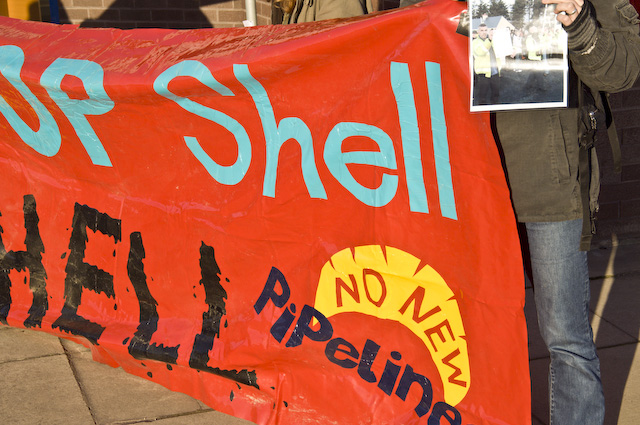 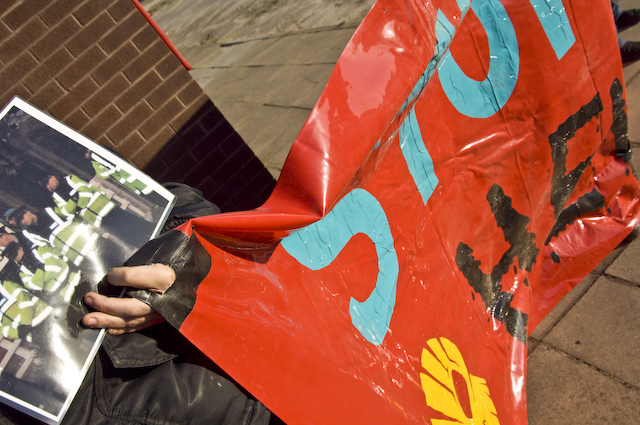 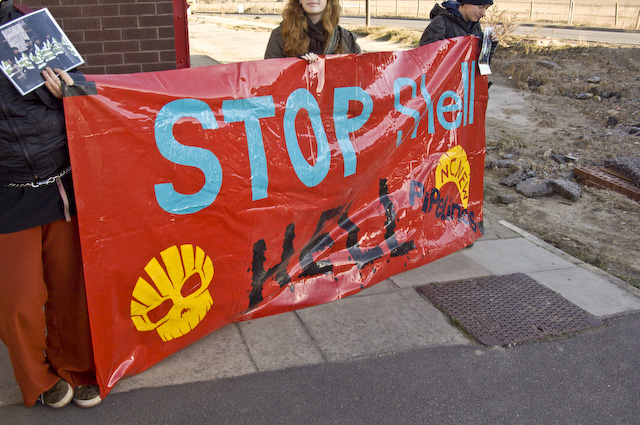 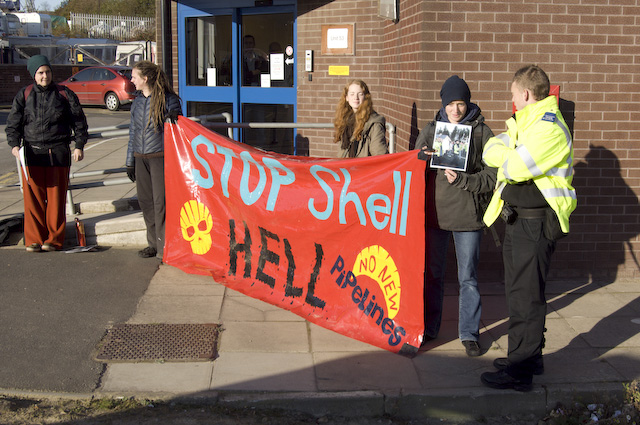 Supporters of the International struggle against shell have demonstrated outside the Shell Gas offices in Duckmanton, Nr Chesterfield this morning with banners, noise and images of the community struggle in Ireland. They leafleted the workers at the offices and demanded an end to the ongoing violence, intimidation and bribery that the Shell project has begun on the local people of Mayo, NW Ireland.

Today’s demonstration was in solidarity of an international day of action all over the world with the Irish and Ogoni communities November the 10th is the first anniversary of the gardai (police) baton charge against the people in Erris. It is also the 12th anniversary of the execution of Ken Saro-Wiwa and 8 other Ogoni people who were leaders in the movement against Shell in Nigeria. As in Nigeria in the early nineties, state violence is being used on the local people of Mayo to protect corporate profits.

The refinery is to be built in a Special Area of conservation under EU regulations. Shell’s own study found that the bay is a breeding and rearing area for whales and dolphins recording over 220 sightings of seven whale and dolphin species, two seal species, basking sharks and sea turtle. Toxic waste is to be pumped into Broadhaven Bay from the refinery, including lead, nickel, magnesium, phosphorous, chromium, arsenic, mercury and radioactive gas radon.

Shell are responsible for the site related health problems, spills, toxic releases and murder of local peoples around their plants in Nigeria, South Africa, Texas, Louisiana, The Philippines, Curacao, Brazil