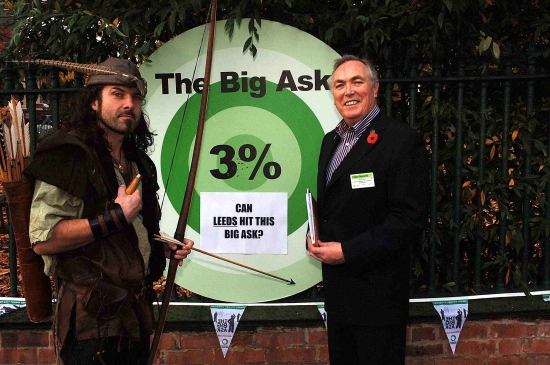 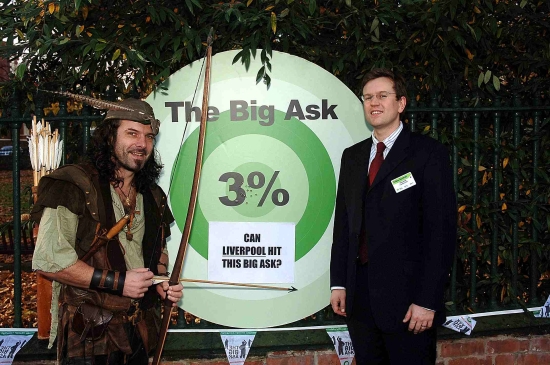 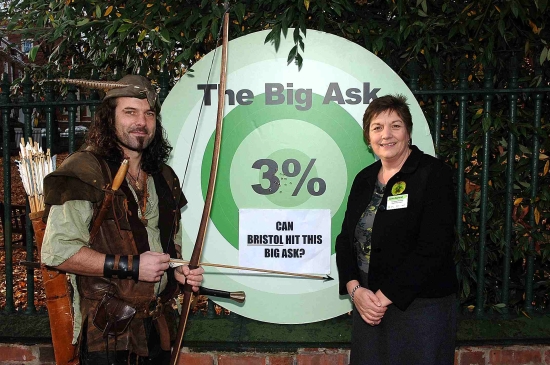 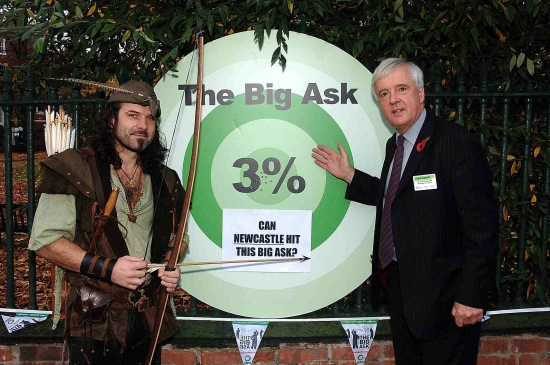 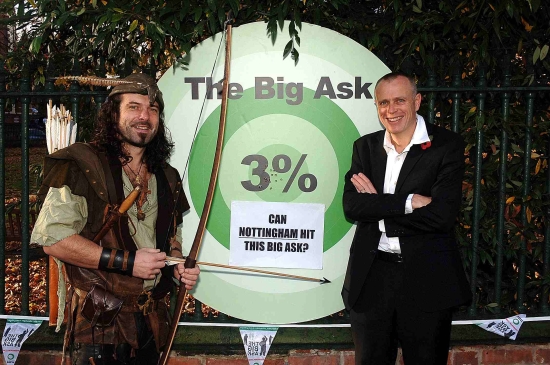 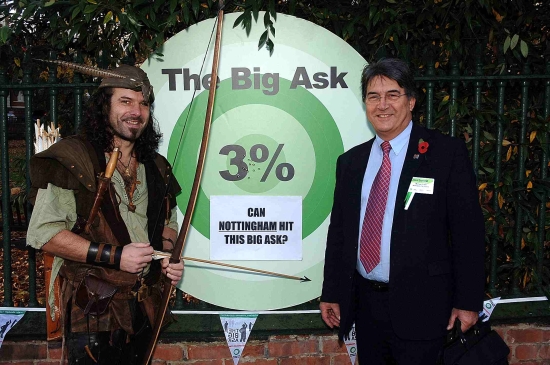 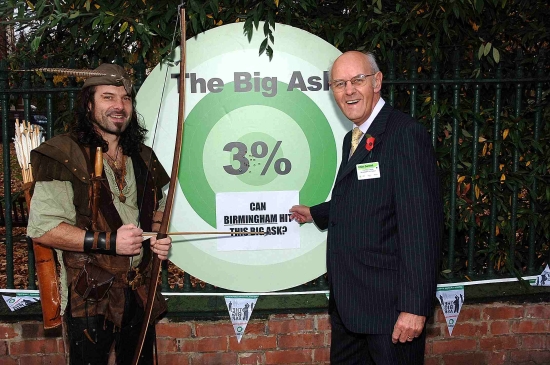 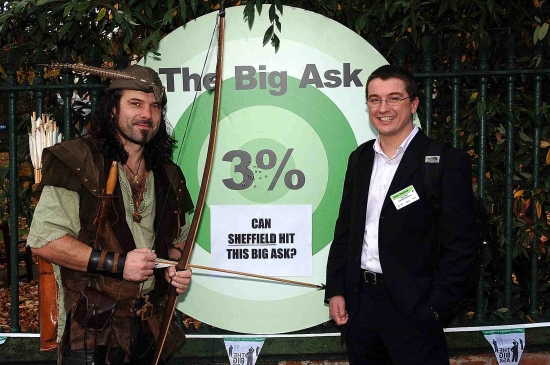 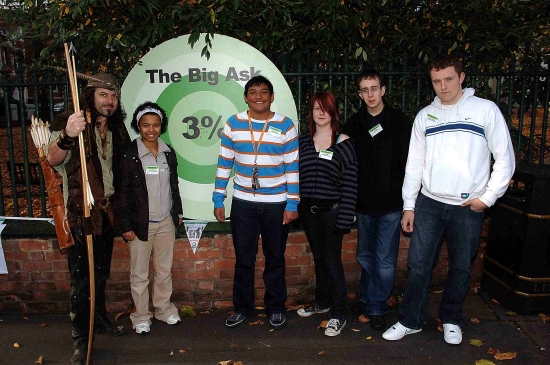 “The best city leaders now realise that the success of their city depends on them becoming low carbon economies. That means creating economic, housing and transport opportunities without contributing to climate chaos. The Government must now strengthen its proposed climate law to help England’s cities make this shift and turn today’s welcome pledge into more than just warm words.”

The Government’s proposed climate change law needs improving if it is to deliver the cuts in emissions which the world’s leading climate scientists say are needed to tackle climate change and protect our economy. A strong law should commit the UK to cutting its carbon dioxide emissions by at least three per cent every year (equivalent to 80 per cent cuts by 2050) and include Britain’s share of emissions from international aviation and shipping from the outset.

[1] The declaration, ‘A Prosperous and Sustainable Future’, by the leaders of England’s eight ‘Core Cities’ - Birmingham, Bristol, Newcastle, Sheffield, Leeds, Nottingham, Liverpool and Manchester – has been signed at the end of the two day Core Cities conference on the future of England’s cities (Nottingham, 7-8 November). The declaration includes commitments to:

[2] The History of the Campaign for a Climate Change Bill is available at: www.foe.co.uk/resource/briefing_notes/history_of_the_big_ask.pdf (PDF†)

The Big Ask, Friends of the Earth’s climate campaign: www.thebigask.com

are feeding us a lie over Climate Change it is their over consumption that has lead us here and now they're passing the blame onto the poor and the working class do not believe their lies..

I got quite excited when I saw Robin Hood pointing his arrow at Jon Collins but alas twas some bloke in a funny costume. Maybe one day he'll return to save us.......

lovely, but dont we really need somekind of true revolution,

Firstly thanks to all who’ve taken the trouble to respond to my CLIMATE CAMP posting. I’ll make my case here:

Among those arrested at Heathrow yesterday were aristocratic eco-warriors FRED LAMBTON - son of the EARL OF DURHAM and grandson of LORD LAMBTON former tory cabinet minister - and TOM GUINNESS -son of Guinness brewery heir LORD MOYNE last seen modelling BURBERRY clothing alongside Kate Moss. Both Lambton and Guinness fit into the square jawed ZAC GOLDSMITH mould of rich and zealous proselytisers of Green politics. You get the whole package with them…….anti-supermarket, pro-farmer,support ‘independent’ shops and you might ask them where they stand on hunting and Countryside Alliance issues………….FRED LAMBTON hung an anti-supermarket banner from his multi-million 3 storey townhouse in Kings Road last year opposing Tescos/Sainsburys etc.

Fred Lambton sticks up for Britain

The support for ‘independent’ shops and anti-supermarket campaigns are veiled attempts to keep working class people after cheap food/goods out of their high streets - disguised behind green organic food concerns etc.

Lynas models the Lady Diana inbred look - a must for this years Climate Campers!

In today’s New Statesman there is a risible article by MARK LYNAS - front cover headline -‘Heathrow Climate Camp - the most important protest ever’. Far from doing much time at the camp Lynas plugs the apocalyptic predictions of his two books.In his first book he jetted round the world talking to ‘islanders,peasants,fishermen’ about their concerns about climate change - oblivious to his using up 20 years of his own carbon footprints in the process! Lantern jawed Lynas now offers his services to businesses and corporations in thre Square Mile at £2,000 a talk to improve their green credentials firmly hitched to the Goldsmith bandwagon.

To build cross - class alliances with these rich eco-warriors and their ‘quality of life’ concerns is frankly fucking barmy and provides them with a stage army to validate their arrogant self -importance and further their rich lifestyles under the guise of ‘caring green capitalism. Having failed to build a coalition beyond the rural ballygombeen men with the Countryside Alliance the toffs have now found a way to construct an alliance with young idealistic urbanites. How long before the ‘countryside’ agenda and the ‘green’ agenda are conflated? The toffs were generals without armies - now some idealists have provided them with one. It straight outta Gramsci. Pass the sickbag comrades.

thought of the day

7 out of 8 of those chief execs are fuckin men! I am a male myself, but what the fuck is that all about? Wankers!

Not a Chief exec

The woman, Helen Holland, isn't a Chief Exec, she's what passes as a leader in the sad, small minds of the Bristol Labour Party. Bristol's Chief Exec is a male, Nick "Pig Fucker" Gurney.