At these consultation events, they welcomed views on the questions and issues raised in the consultation document "Towards a programme of action on climate change for the East Midlands" 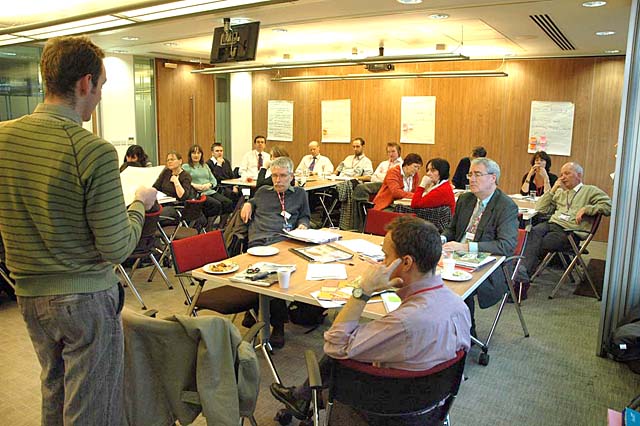 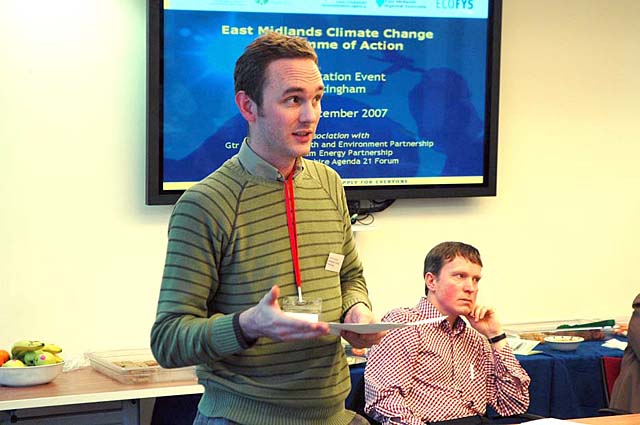 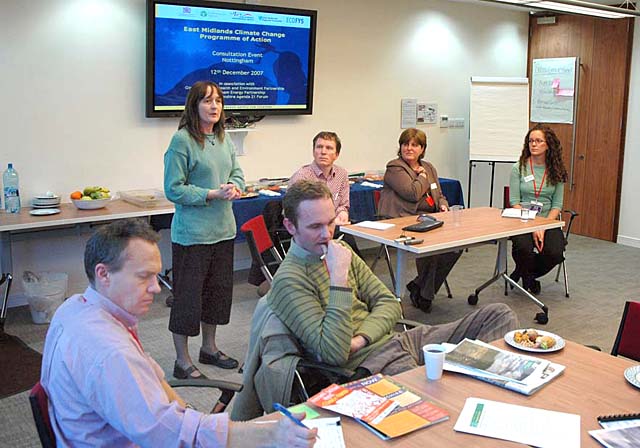 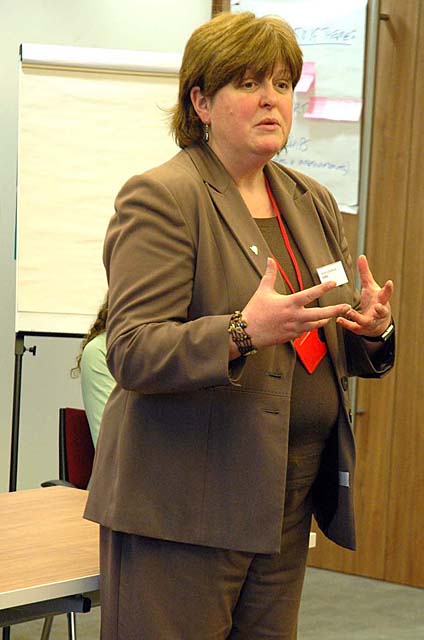 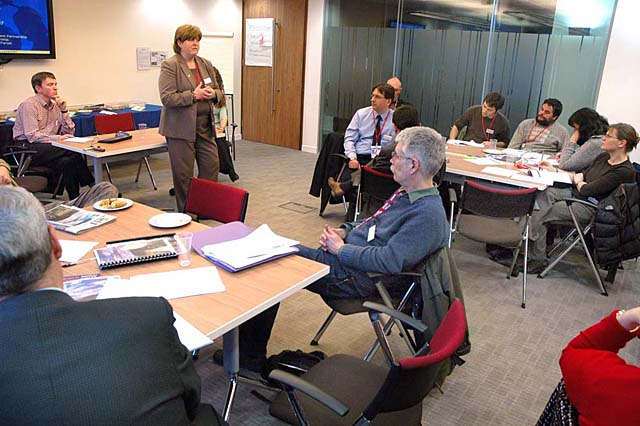 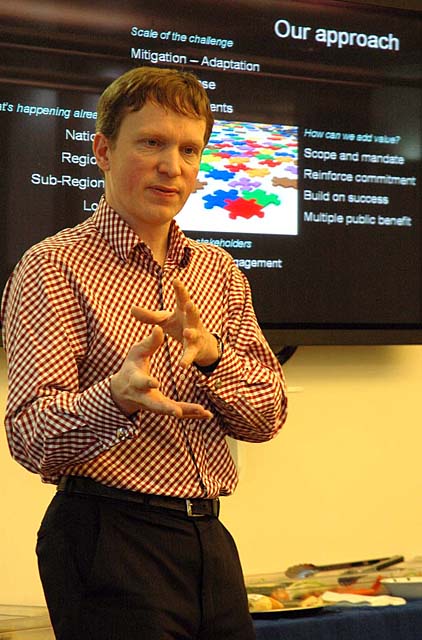 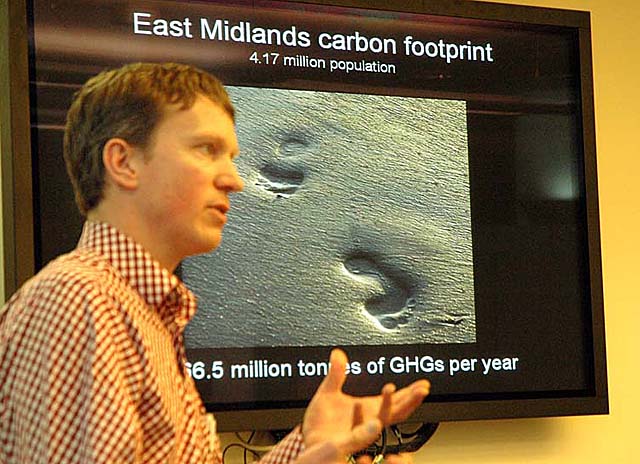 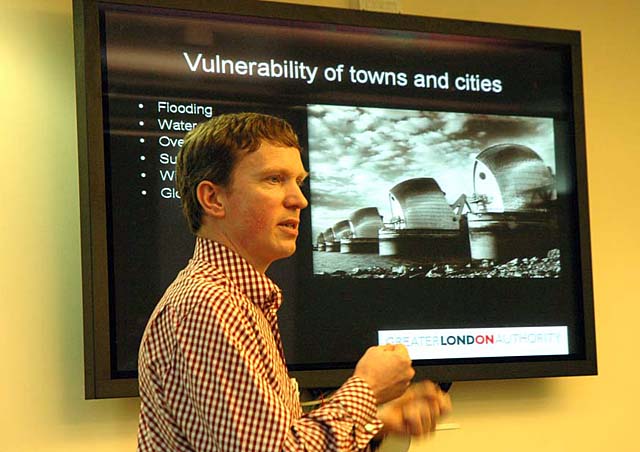 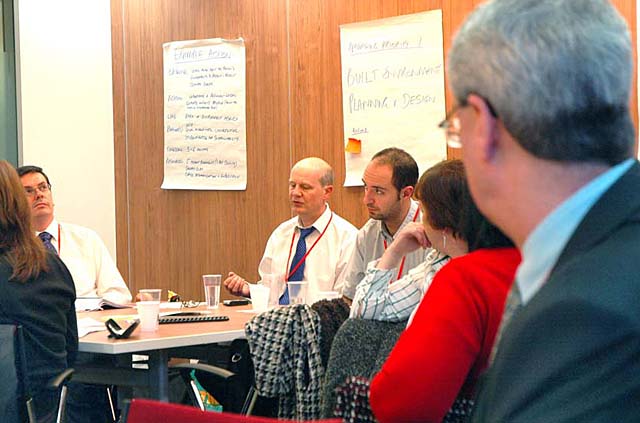 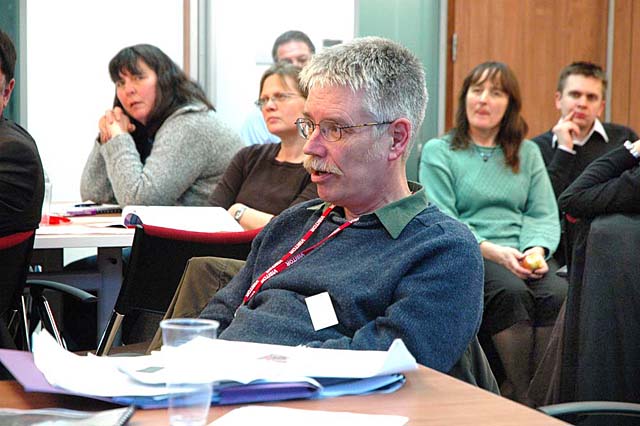 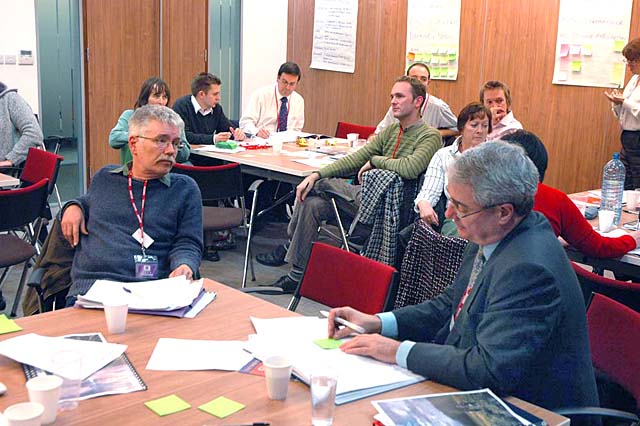 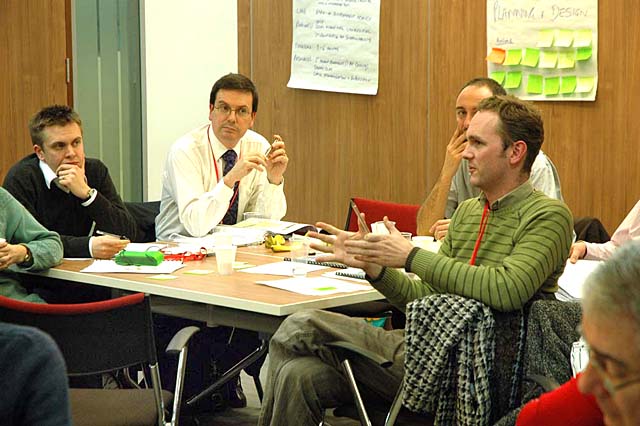 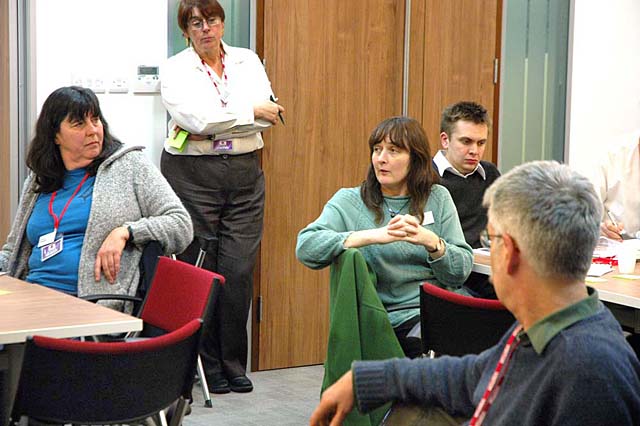 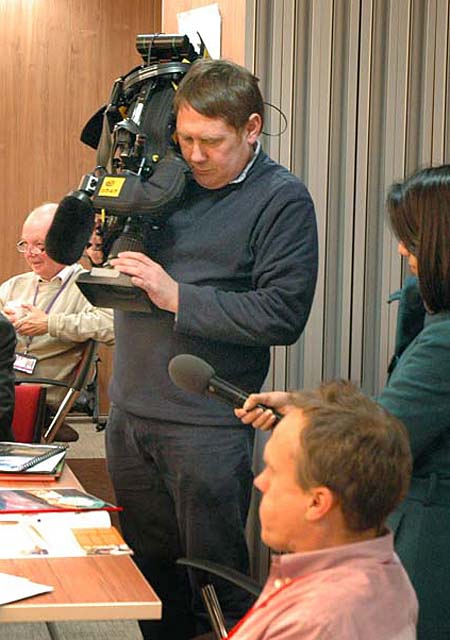 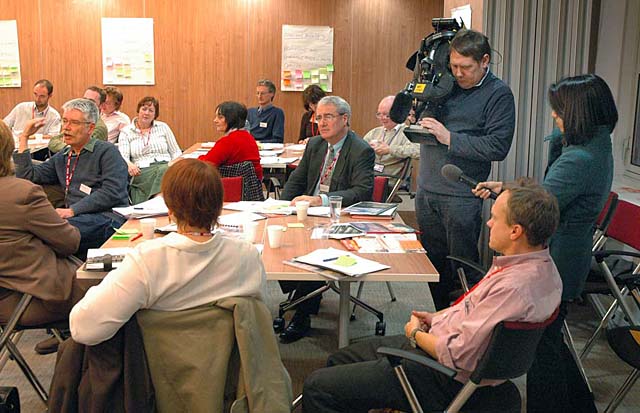 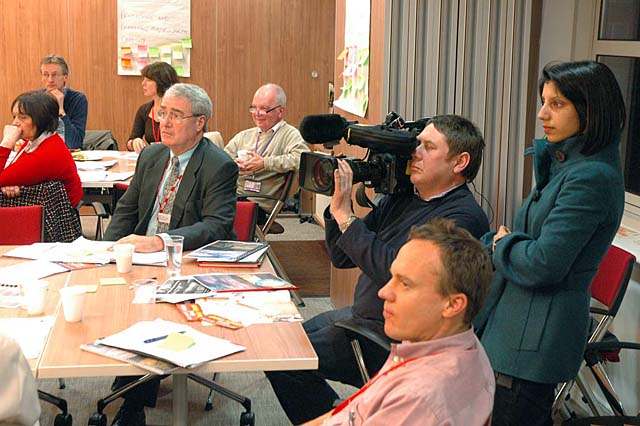 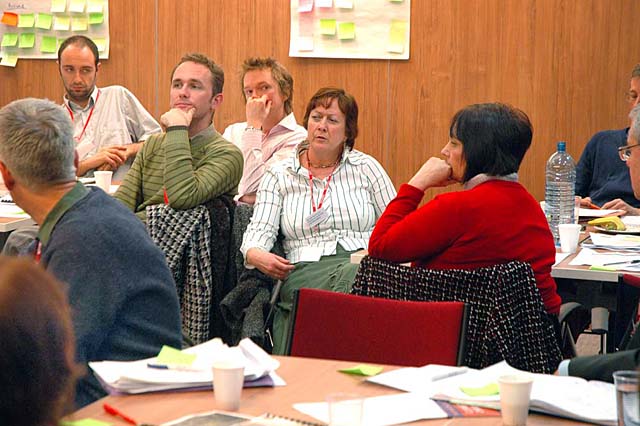 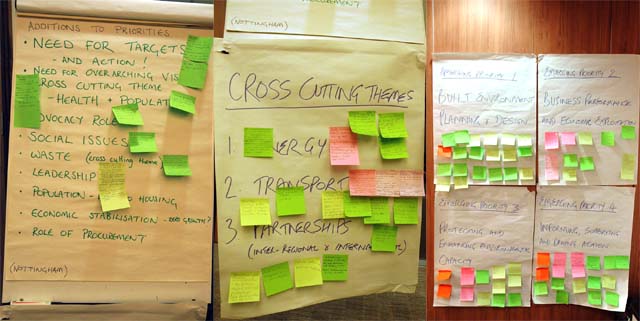 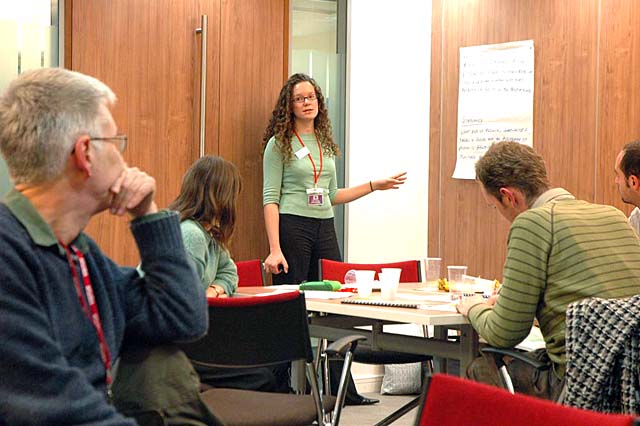 At these consultation events, they welcomed views on the questions and issues raised in the consultation document "Towards a programme of action on climate change for the East Midlands" PDF, which are summarised on page 14. These are the links I have copied at the bottom of this post, for convenience. I think these are a fair resource in their own right.

They also say: Comments and views on issues not directly addressed in the questions will also be welcome. You / your organisation can also contribute views and comments in a number of ways.

1) By using the online consultation form at:

2) By making comments in writing to:

Responses to this consultation will inform the development of the East Midlands Climate
Change Programme of Action, which will be finalised and published by spring 2008.

The East Midlands is responsible for the equivalent of 47 million tonnes of carbon dioxide emissions every year and could see some of the most substantial climate changes in England over forthcoming decades. Regional action is important in translating national priorities and in catalysing and supporting action at the local level.

A consultation document Towards a Climate Change Programme of Action for the East Midlands was published on 16th October 2007 by East Midlands Regional Assembly and is open for consultation until 21st December. This document outlines some emerging priorities that have been determined by early discussions and reviews of evidence and existing plans. The aim is to test these through the consultation process, to identify any gaps and develop more detailed action proposals. The Programme of Action itself will be drawn up in the light of this consultation and launched in early 2008.

Contributions to this regional debate on climate change are welcome from all interested organisations and individuals. Comments can be sent via the details below, or made in person at one of the consultation events.

Regional Partners Government Office for the East Midlands, Environment Agency, East Midlands Regional Assembly and East Midlands Development Agency have organised ten sessions in five different locations around the region. Each session lasts up to three hours at different times of the day, starting or finishing with lunch/tea to enable networking. These will be workshop style events with lots of time for discussion and interaction and are co-hosted with local climate change groups and partnerships.

People from the public, private, voluntary and community sectors are welcome to attend and participate in the debate, especially if you are involved in regional activities in some way.

If you want to take part please email

climatechange@emra.gov.uk to reserve a place. Please identify which session you wish to attend and whether you would like lunch (or tea for the evening session). You will be sent confirmation of the date, time, venue and directions accordingly. All details are online at this address for reference:

Mike Peverill, Regional Climate Change Co-ordinator said "We are looking forward to a week of intense debate about one of the most challenging issues of our time. I hope that you will come and see what the partnership is doing and add your ideas as well."

Further background information is available at the web address above, including the consultation document which can be downloaded directly here:

If you can't get to an event, but would like to have your say, please email

climatechange@emra.gov.uk or use the online form at

http://www.emra.gov.uk/climatechange.
which also has some prompt questions. Alternatively, contributions can be sent in the post to this address (no stamp is required).

For any further questions relating to the consultation process please call 07795 060 941.

1 The East Midlands Regional Assembly is one of eight in England outside of London. It was launched in 1999 and comprises 111 Members, with 2/3 being representatives of all the regions Local Authorities including the Peak National Park, and 1/3 nominations from the wider social, environmental and business community.

2 The Regional Assembly has three main roles:
Scrutiny of the East Midlands Development Agency (emda)
Co-ordination and integration of regional policies
Acting as the regional planning and housing body

3 The Regional Assembly has three Regional Boards that focus on key issues of East Midlands' life: Regional Scrutiny Board; Regional Housing, Planning & Transport Joint Board and Regional Communities and Policy Board. These boards are supported by the Housing, Environment, Transport, Public Health and Promoting Sustainable Development groups.

Thanks for this thorough bit of reporting. When I find the time I'll listen to all the audio, i'm sure it'll be an interesting listen..