Photos from the the MEAT-PF campaign. 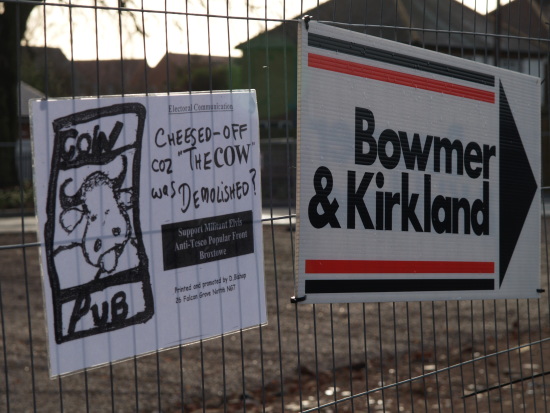 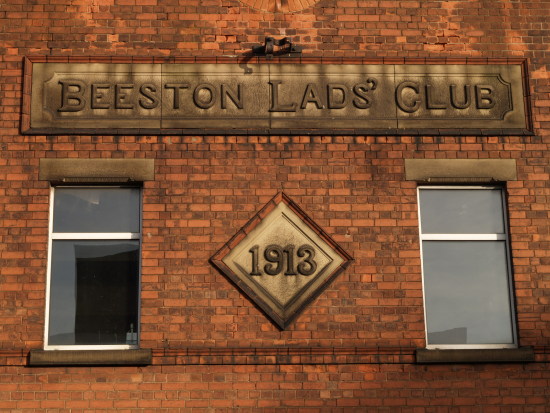 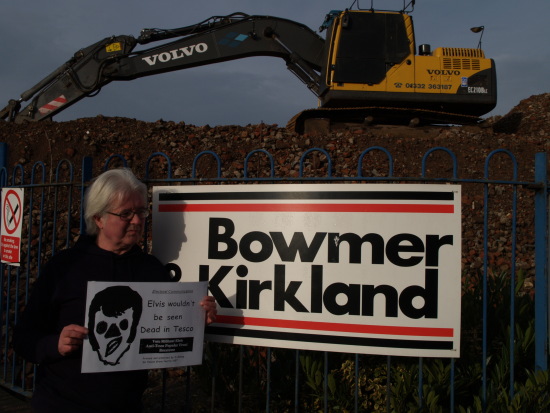 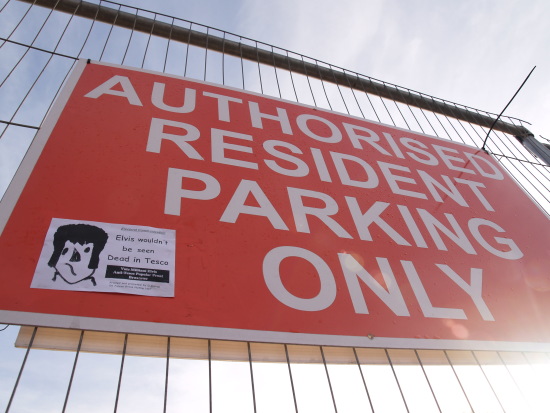 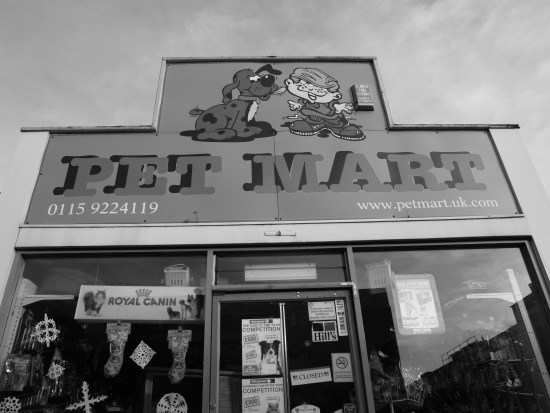 It has been brought to the attention of the Militant Elvis Anti-Tesco Popular Front (MEAT-PF) that demolition contractors Bowmer & Kirkland have recently tried to stop a member of the Broxtowe community taking photos of the demolition site in Beeston where the Cow Pub once stood and now is the site of a re-development for Tesco (for full story see page 9 of the Nottingham & Trent Valley Journal current issue – www.nottinghamjournal.co.uk).

In response to this blatant attack on our civil liberties, the MEAT-PF photographic unit went up to Beeston and took photos of the site scheduled for re-development. No contractors were around at the time.

Photos taken were of the site of the former Cow Pub, the Beeston Lads Club (partially demolished) which was built in 1913 and given to the people of Beeston 'for Time Immemorial'! Also photgraphed was the Pet Mart which has just lost it's legal battle with Tesco to stay open and will be demolished in 2008.

good to see your protest, myself & elvis fans from lenton & forest fields want to go on one of these protests,
look like a laugh,