From the 28th January, as part of an extended pilot scheme, residents of Nottingham will be subject to Voice Risk Analysis when telephoning to make a claim for Job Seekers' Allowance.

Voice Risk Analysis (VRA) software analyses a person's 'normal' voice and flags up changes in frequency and tone characteristics which may mean the person is lying. The DWP has helped to fund a series of local pilot schemes to study the effectiveness of the technology in reducing so-called "benefit fraud" (which pales into insignificance when compared with tax evasion by the rich). Even amongst those who worry about such things, there is scepticism about this usefulness of this technology as an anti-fraud tool. Mainstream critics say that savings do not necessarily mean the software is accurately pinpointing fraudsters, arguing that genuine claimants may also be deterred from claiming when entitled to benefits. 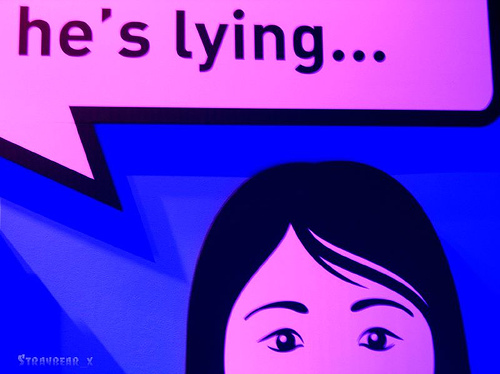 Following similar schemes in Edinburgh, Durham, Chester-le-Street, Harrow (London) and Birmingham, residents of Nottingham will now be subjected to having their speech analysed if seeking financial support while looking for work. The pilot will operate within a call centre in Lincoln from January for a limited period, concluding the DWP's research by around springtime. Presumably ministers will then decide whether to roll the technology out across the welfare sector in order to conserve tax payers' cash.

People wanting the Job Seekers' benefit are now directed to initiate a claim by calling the Job Centre's New Claims number. Claims are initially assessed on the basis of information given over the telephone, but some people are required to attend an interview to provide additional information or evidence. The Job Centre Plus call centre in Lincoln will be using VRA software to monitor stress levels in callers' voices and identify claimants who may be trying to claim benefits when the state has decided they are not entitled. Callers who are identified as being a High Risk of fraud will then be interviewed and have their claims examined more closely.

The VRA software, based on the polygraph and owned by the Capita group (who are involved in various government projects, including the nascent National identity Database), works by detecting inaudible fluctuations in the human voice which are linked with stress. However, the technology relies on a single measure unlike the traditional polygraph which also takes measurements of heart rate, respiratory rate (breathing), and sweating. (Bear in mind that even polygraphs cannot be used as evidence in courts due to their limited reliability.) The available scientific research into VRA is hardly an overwhelming endorsement of its accuracy. An American study published in 2005, for instance, tested five different VRA devices and five different operators, several of them with many years of experience. This paper found that these systems were only accurate in about 62% of cases, with the software giving 22% false positives and 14% false negatives.

James Plaskitt, anti-fraud minister, said: 'I'm always interested to deploy as much technology as we can to help us achieve further reductions in fraudulent claiming of benefits. We know that this particular piece of technology has been used for some years by the insurance industry in the UK, and they certainly claim considerable benefits from it. I think it's sensible for us to pilot it in respect of benefit claims.'

DWP press officer Darragh McElroy could not point to any evidence to support the use of VRA software, but said DWP statisticians would analyse the results of the pilot recordings to evaluate the scheme’s success at detecting fraud. He said that applicants whom the software labels as ‘high risk’ will be subject to further investigations into their personal lives, such as having bank accounts checked or visits to their homes, but that these were the usual checks. The software is hoped to replace the ‘‘eyes’ of the operative’, as face to face contact is phased out in favour of telephone applications.

The Nottingham lie-detecting pilot scheme commences on January 28th, targeting new and repeat claimants for Jobseeker’s Allowance and Income Support, and will run for approximately a month, before data from this and the other trials is processed and the decision made as to whether or not to proceed with the intention to roll out the use of the software for all benefits applications.

It remains to be seen when similar technology will be introduced to assess the claims of government ministers.

Will everyone who applies and works with this technology be tested by it?

How much is this contract worth and to whom?

Do the people who have created it ever expect it to be used against them when they are in difficult personal situations?

Will this technology be applied to the people who work around it, with its products?

Will it be rolled out within the agencies who decide to use it so that the person in the street can be certain that the people who work in the administrative bureaucracies don't tell any lies, make any omissions or manipulate evidence?

Equal opps, after all.

What value does this process have if all it does is further mystify just what criteria are for the calculation and timescales on benefit payments?

Will this technology be useful if a group of manipulative people decided to infiltrate the DWP and undermine the National Insurance system in order to destabilise parts of the service?

Could this lie detector system seek them out? Could this technology eventually be able to trace the links between say, an initial small lie or ommission of a DWP employee who may hold a grudge against certain categories of benefit claimants and the escalation into the hate stories against immigrants and asylum seekers we see regularly published in the Daily Mail and the Express?

If, for example, a group of people working within the DWP decided not to record letters, telephone calls from particular groups of people, because they feel they are scroungers, would the technology be able to spot this and root out these deceitful people?

Let me know? Because this technology is only going to be used against the already weak and vulnerable, to me it sits somewhere on the continuum of sado-masochistic pornography.

What a silly idea.

The problem with tests that claim to monitor stress are many. For a start, many people find dealing with government agebcies stressful in itself.
The knowledge that your voice is being assessed will simply add to this stress.

In addition to that, the polygraph test, the technology of which this voice software is based on is inadmissible in court both here and in the US because it is known to be so unreliable.

The FBI consider results from the polygraph test as being 'next to useless'.

Yet, in their wisdom, our government will use the technology to root out those trying to con the system.

In actuality it will simply indicate who is nervous and who is of a vulnerable nature.

I think this technology should be used on every speech made by every MP and also used when asking them about their expenses and gifts of cash and goods.

Or is there really one set of rules for the poor and another for the rich?

The outcome is that I have been accused of fraud and now have a criminal record. But the truth of my innocence is locked inside my mind and body and can only be found if someone could look into my mind, but no-one can, but analysis of my voice, blood presure, heart rate etc.could go someway to detecting the truth presumably. So should the polygraph be used in court as part of the DEFENCE, not only the prosection, of accused people on benefit. I feel that I have morally GOT to appeal against this sentence, and I am wondering whether I can ask for a polygraph from the government.

Thank you for taking time to read this.