On Saturday and Sunday, Nottingham hosted a national gathering of the UK Indymedia network, bringing together around 40 people from as far afield as Scotland and Bristol.

A whole host of issues were discussed, such as the future of Indymedia, developments on the startpage and calendar, and aspects of moderating the site. A range of viewpoints on the role of Indymedia were expressed, and a number of proposals to take the project forward will be implemented as a result of the gathering. 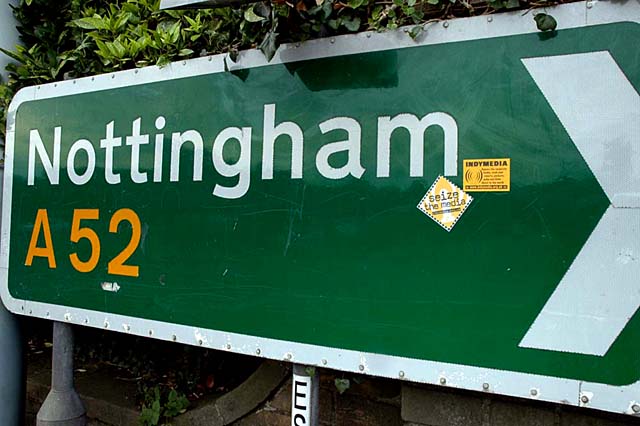 Participants gathered at the Sumac Centre on Saturday morning. After introductions and an involved discussion about the timetable, we split into two groups: one for an introduction to Indymedia, and one to discuss what challenges the network is facing. These broadly fell into technical issues (e.g. changes in what is possible on the web) and political issues (e.g. the increasing autonomy of local regions, and how to involve more people in Indymedia). This then developed into a lengthy discussion of the internal UK process, especially how to deal with moderation.

In the afternoon some people from Nottingham presented a proposed redesign of the UK startpage. This had several new features, such as a promoted newswire box, local IMC newswire boxes and topic newswire boxes. Reposts had been moved to a separate newswire, and only the main feature showed in full. Further proposals, such as that a ticker be incorporated to replace the breaking news section, were made. The group were empowered to act on the new design, with ongoing consultation and all being well it will replace the current startpage in coming months.

Much time was given to discussing editorial decision-making. This has been a controversial topic within the network recently, following a dispute over a post which appeared on the UK newswire. The debate on this point continued throughout the weekend. Several new approaches were agreed upon. An additional guideline for moderation was adopted, based on one Bristol IMC have had success with. This disallows personal abuse on the newswire as an encouragement for users to stick to reasoned debate and to avoid flame wars. To deal with articles over which there is significant disagreement within the collective, a new status of disputed post will be introduced, to indicate that we have been unable to decide whether to hide or not.

Sunday started with a go round of people's current visions of Indymedia, and then moved into a discussion of how to engage with "Web 2.0". The idea of Indymedia as an aggregator from other alternative media sources, such as blogs, was suggested. One developer from London presented his design for the Indymedia calendar which was very well received, and perhaps shows a future direction for whole Indymedia sites.

The next gathering will take place in London in April/May, followed by one in Leeds in about 6 months.