On Friday 22 February at 12.30pm, Nottingham adopted the first Speakers’ Corner in the UK since an Act of Parliament paved the way for the original in London’s Hyde Park almost 150 years ago. 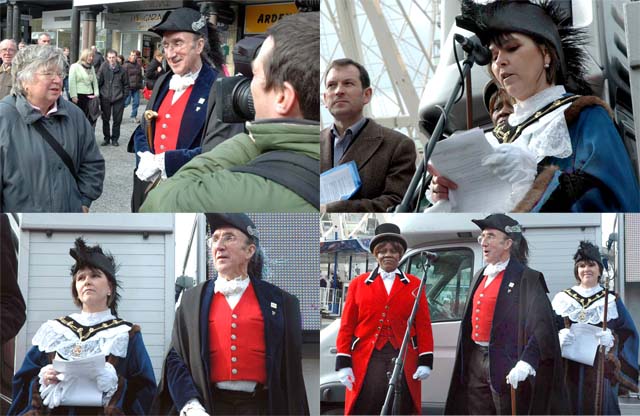 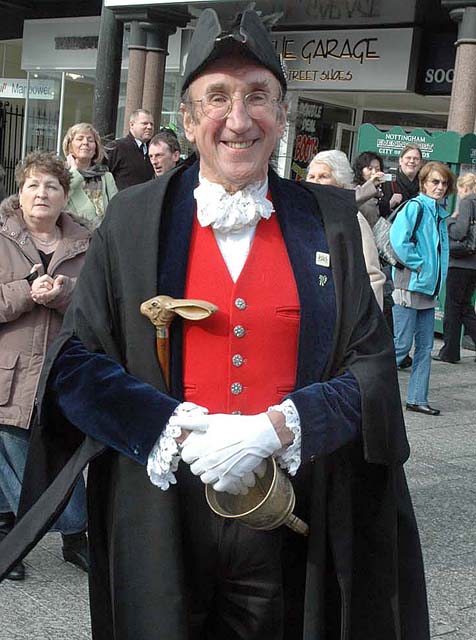 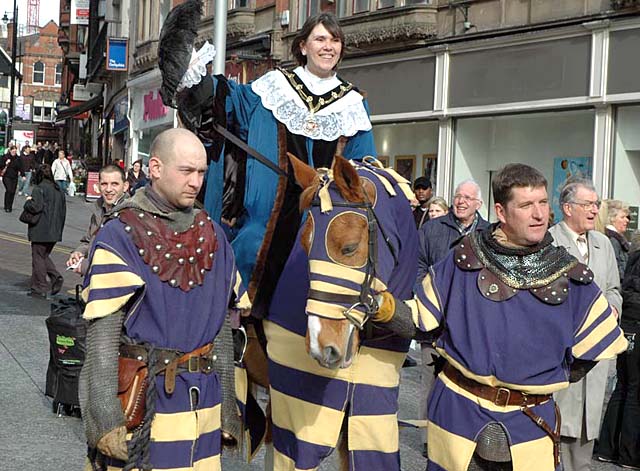 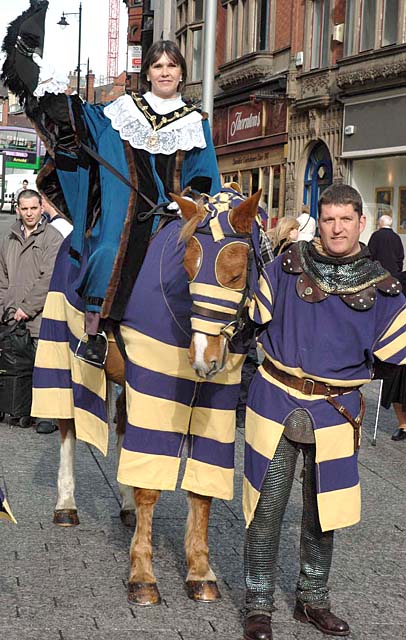 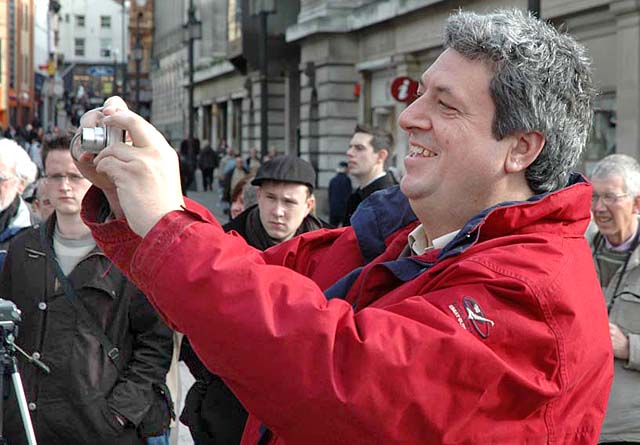 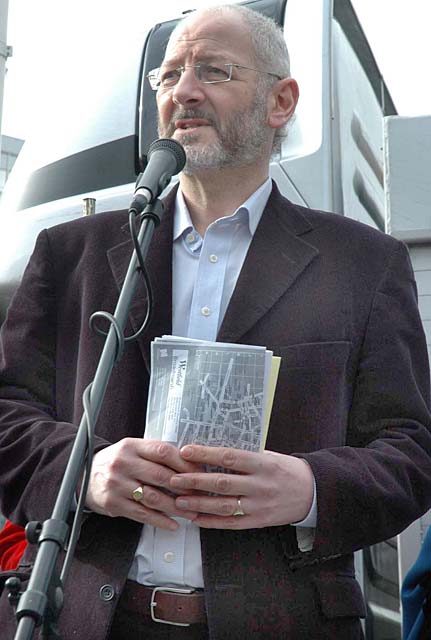 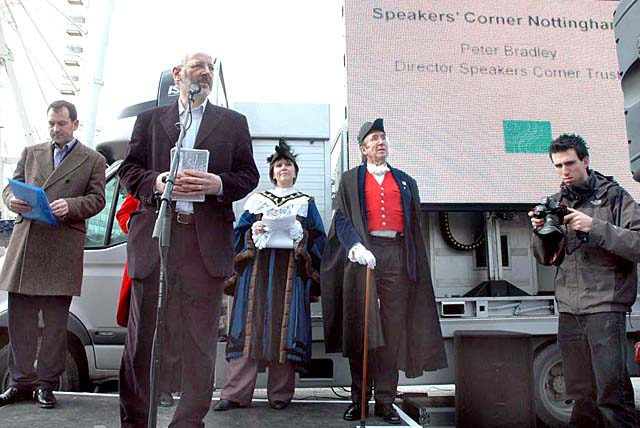 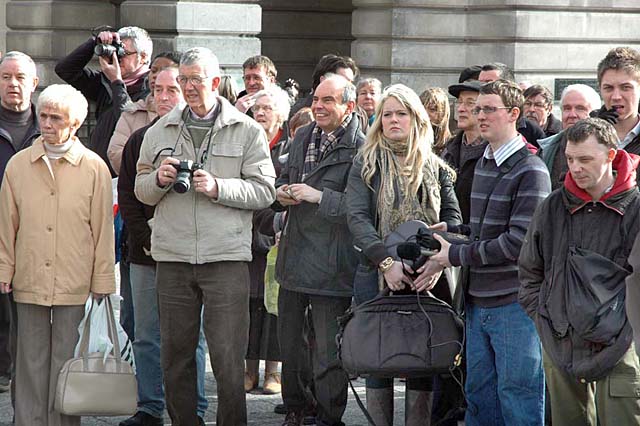 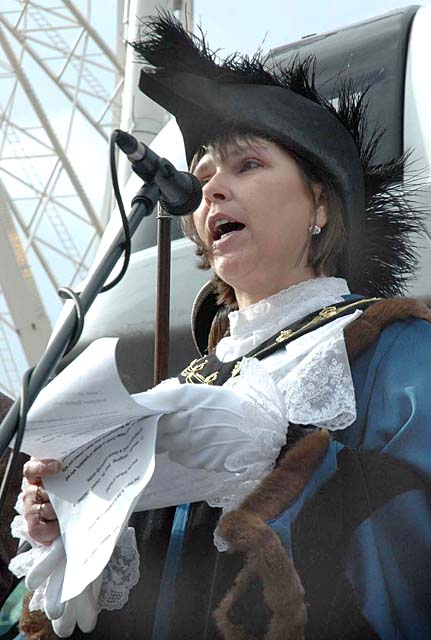 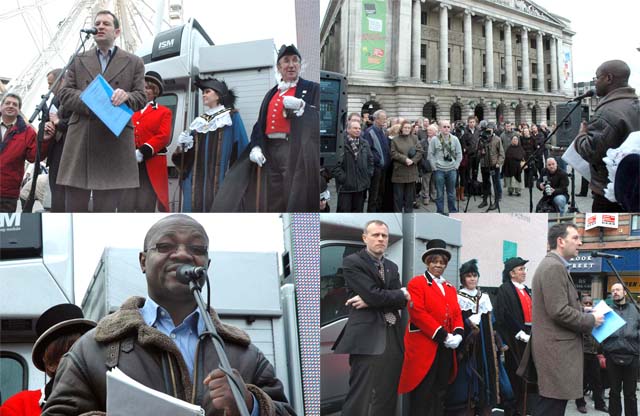 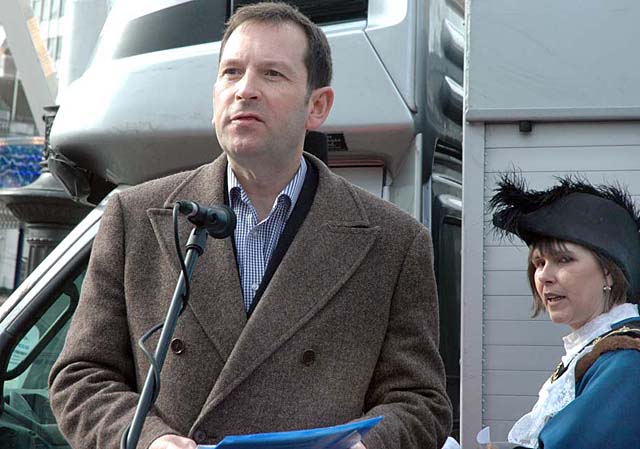 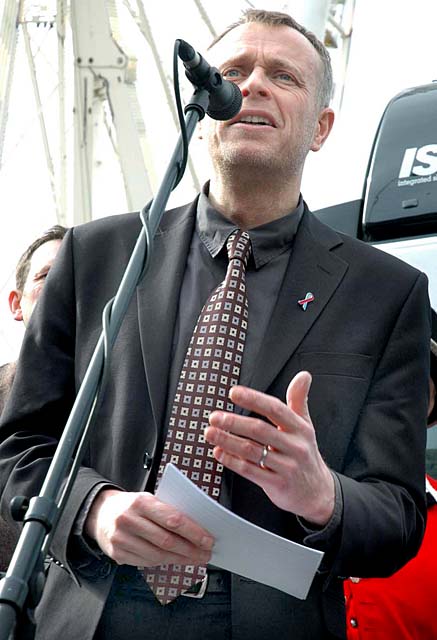 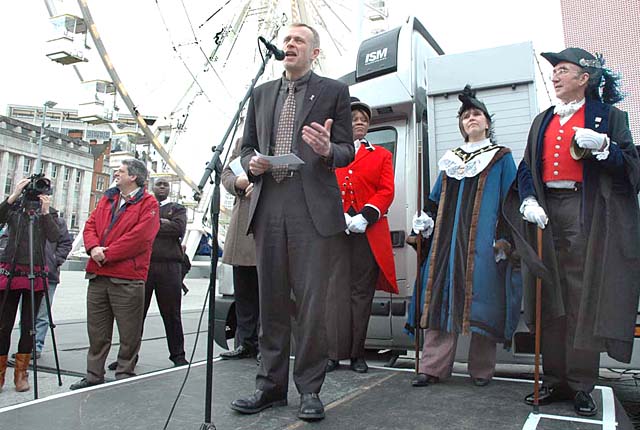 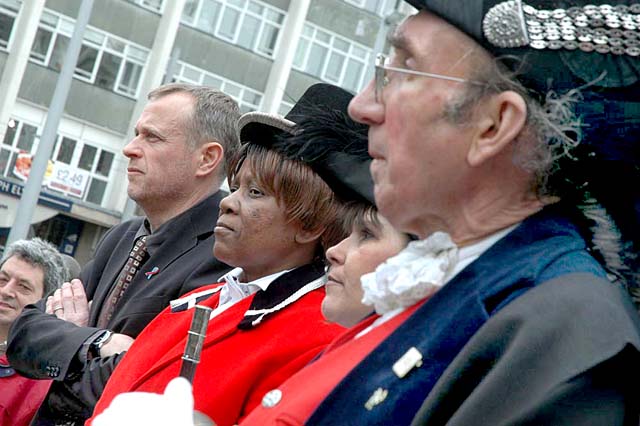 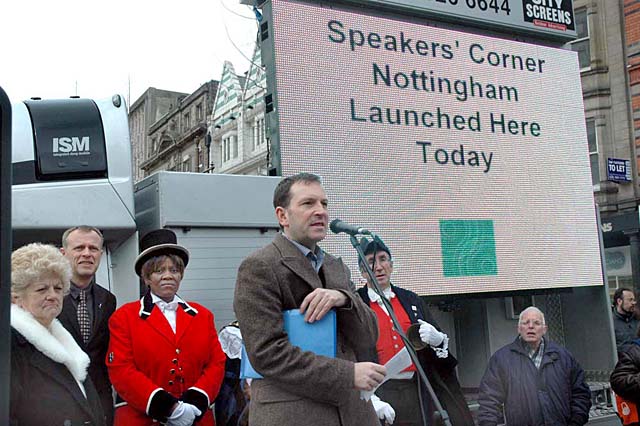 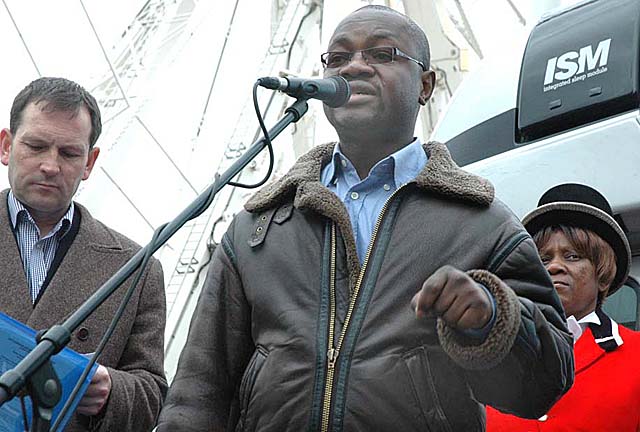 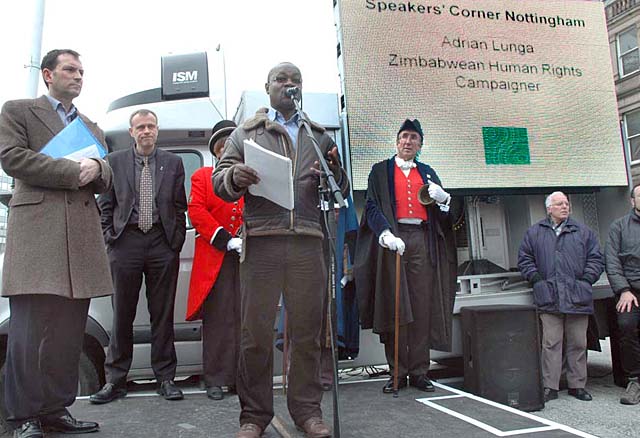 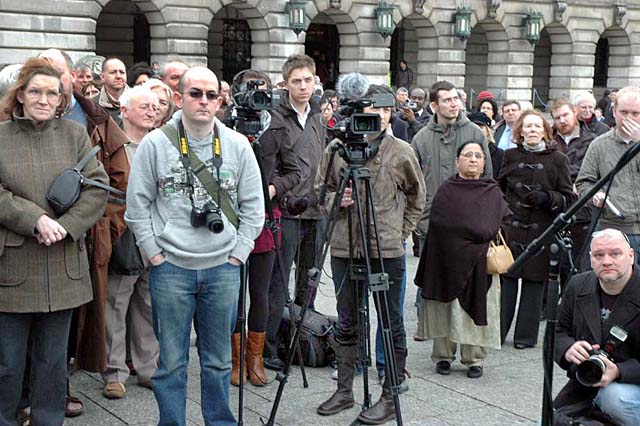 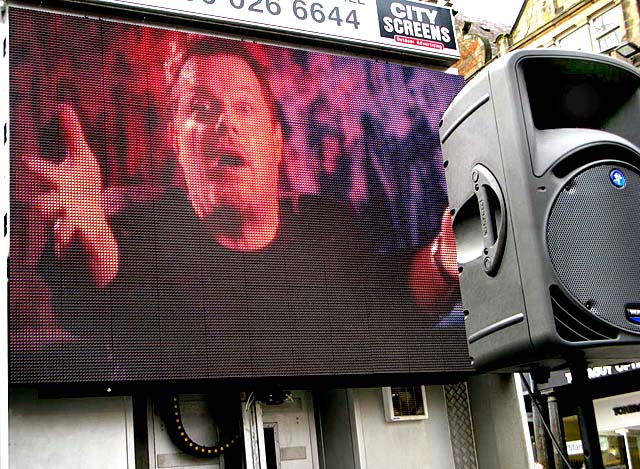 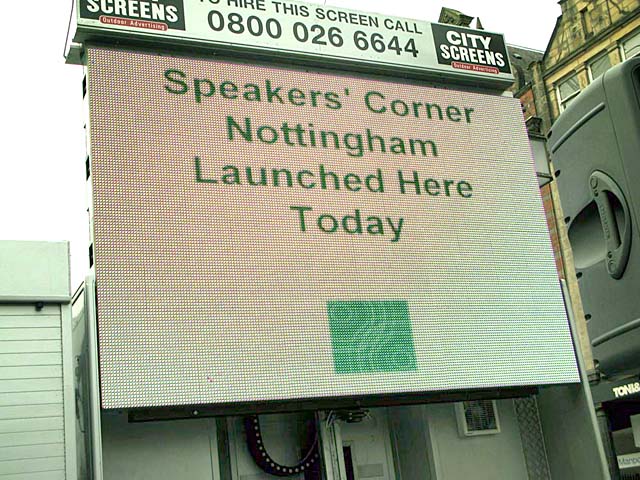 On Friday 22 February at 12.30pm, Nottingham adopted the first Speakers’ Corner in the UK since an Act of Parliament paved the way for the original in London’s Hyde Park almost 150 years ago. The council press release says: 'It is to be located in the heart of the city centre as a powerful symbol of citizens’ rights, a focus for civic pride and a platform for free public exchange in the midst of Nottingham's daily hustle and bustle". With the pedestrianisation of King Street, Speakers’ Corner will then be inaugurated in the autumn

At a ceremony in Market Square, the Council Leader Jon Collins and the Sheriff of Nottingham Jeannie Packer formally announced its creation at King Street. This would be the country’s first since the original was established in London’s Hyde Park in the 1870s.

Tim Desmond, chair of the Nottingham Speakers’ Corner Committee and who's day job is the chief executive of the Galleries of Justice, said: “We see this as a day of celebration for Nottingham on which we can showcase our heritage as a great free-thinking city and our future as a centre of innovation and above all take pride in the people who make up our community.

“We’ve tried to organise a day with something for everyone. We all have strong views but we rarely get the chance to express them. The whole idea of the initiative we’re pioneering in Nottingham is to bring people together to exchange and enjoy ideas and opinions, to learn from each other and to have a greater say in how are lives are run.”

Then, Peter Bradley, director of Speakers’ Corner Trust, the charity behind the initiative, added: “The sheer breadth and ambition of the day shows just why we chose Nottingham for our national pilot. This is a city bursting not just with ideas and energy, but also with goodwill".

So, that's alright then! Personally, I think it's a splendid idea. But many folks have have expressed reservations that this might be a council wheeze, to help 'clear up' assorted groups from stalls and protests across the rest of the square and surrounding areas, and place them all neatly at this 'official location'. But they wouldn't do that, would they? We know the police and wardens are sometimes quite confused about free speech, handing out leaflets [an allowed activity for political purposes, without the need for permission.

While Coun Collins was speaking, someone at the back shouted 'bullshit' [amongst other things]. Earlier in the week, there had been a demonstration in opposition to the council plan to close the Victoria Baths in Sneinton. Firstly, there was an initial 'misunderstanding', about access to the council chamber, then there was a further issue about what public consultation could achieve. So, the heckler seemed confused that the Victoria Baths campaign were cited as an example of such free speech.

I am really heartened to see that our leaders have now given us somewhere we are allowed to speak. Now perhaps they will allocate even more toy policemen to the market square to make sure nobody is speaking where they shouldn't.

Meanwhile in our wonderful 'free' city six policemen where assigned to spend all the following day photographing and taking the details of people attending a peaceful meeting to discuss climate change.

Freedom, democracy - not here there isn't. 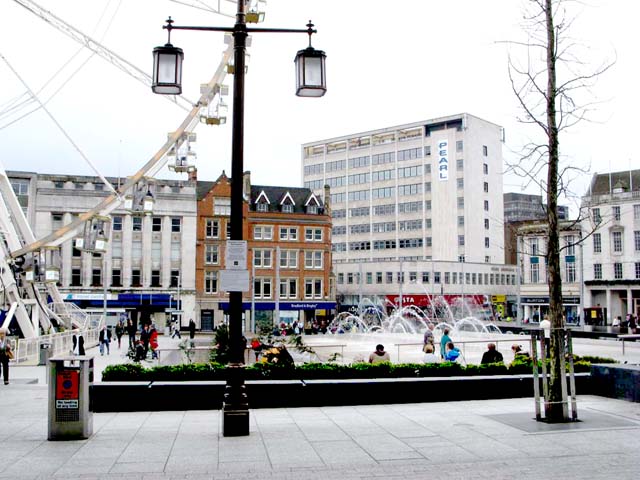 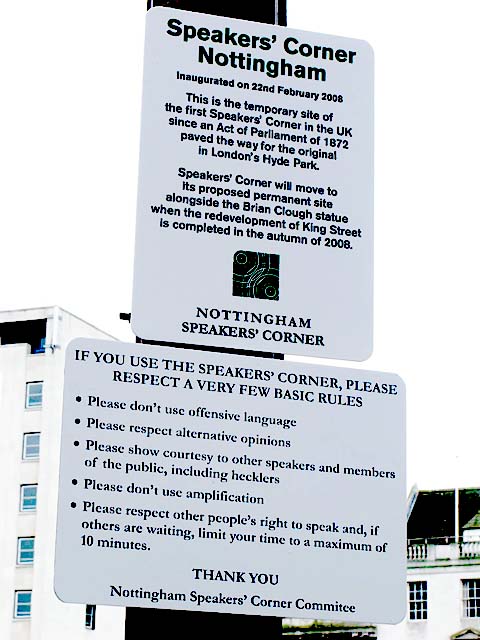 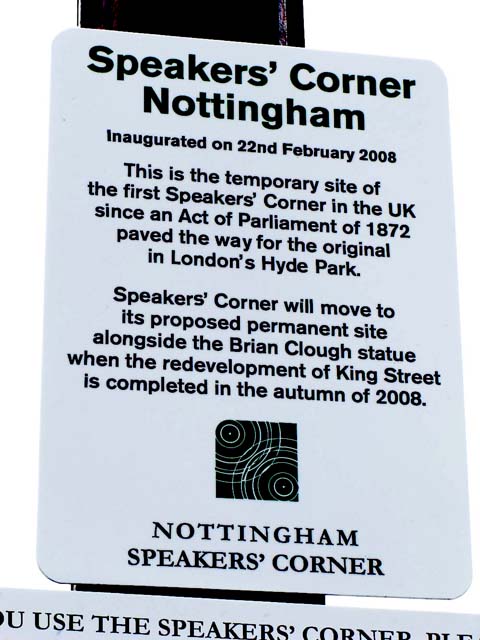 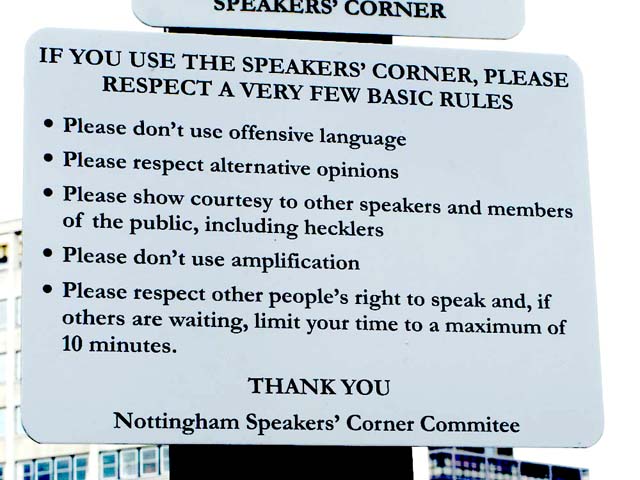 It's opposite Debenhams store, on the edge of the Market Square.

Not actually anywhere near where it's final location is to be, but there it is!