On Saturday 1st March, people gathered in the Market Square [at 11.30am], and with street performers and a samba band, snaked their way across the city. They went the the Victoria Leisure Centre. 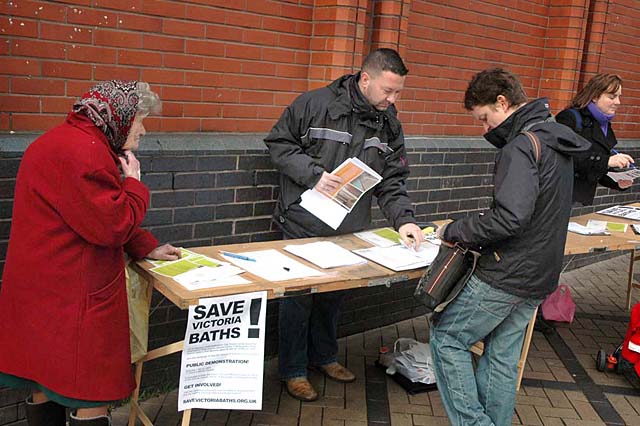 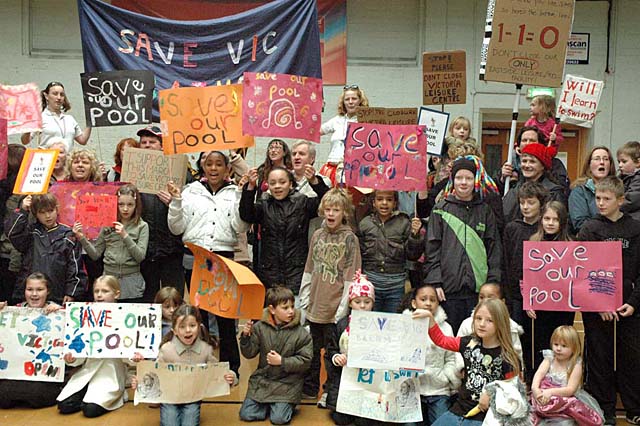 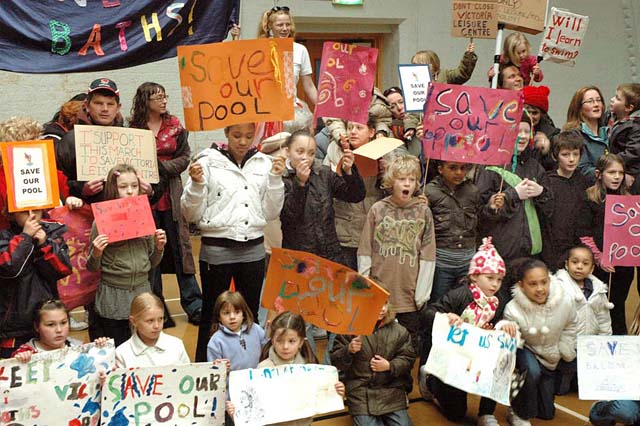 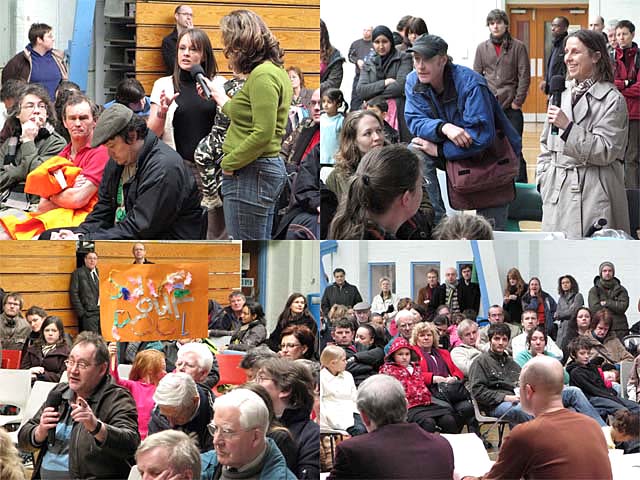 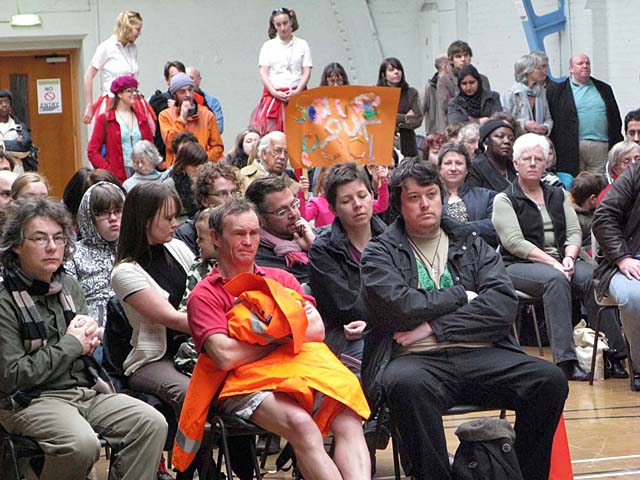 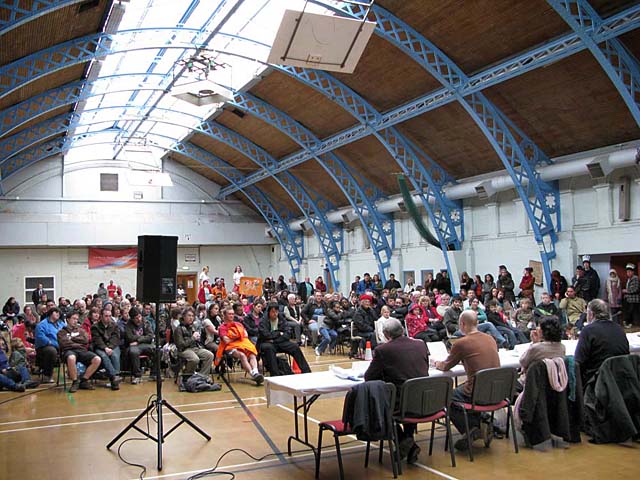 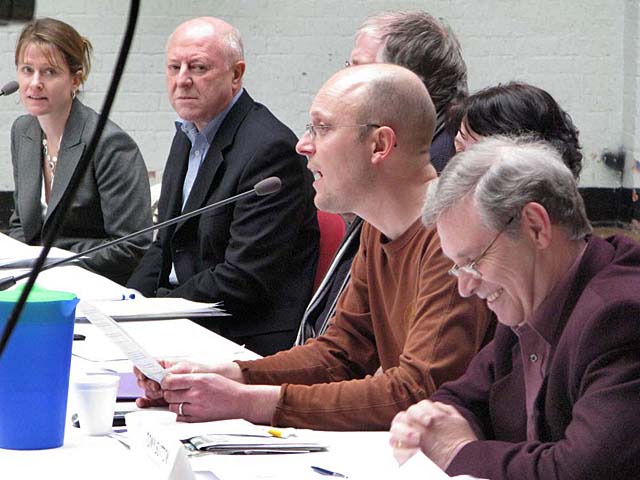 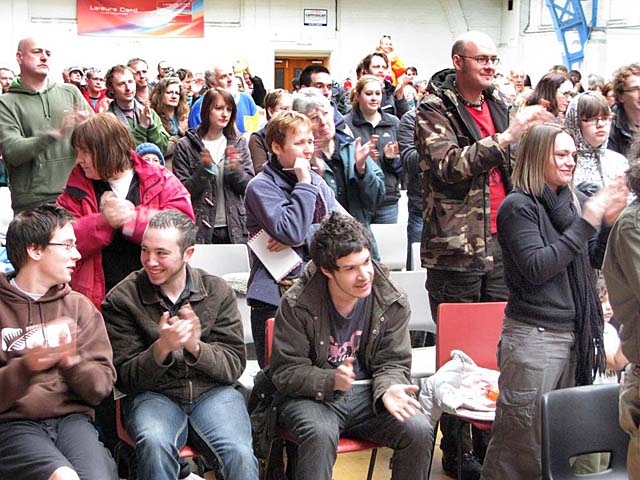 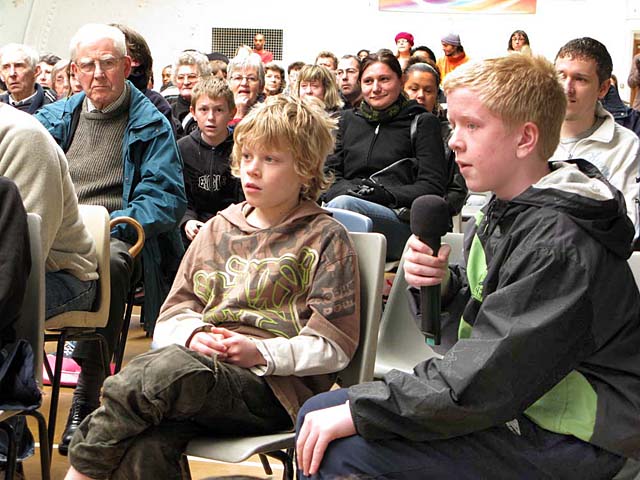 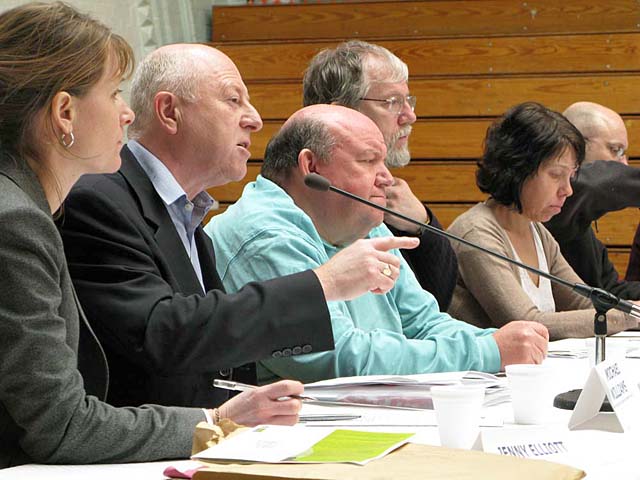 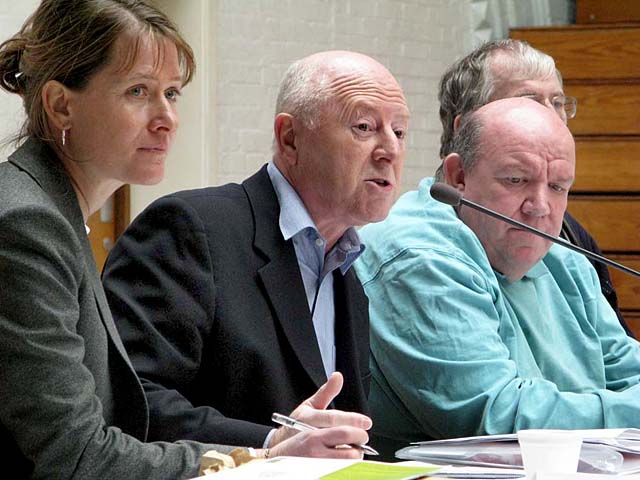 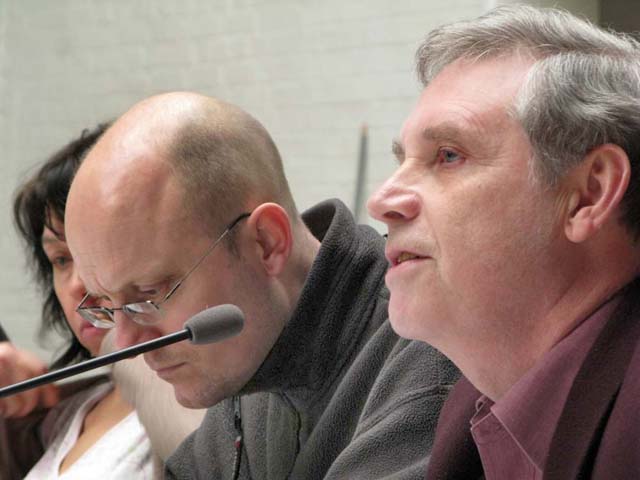 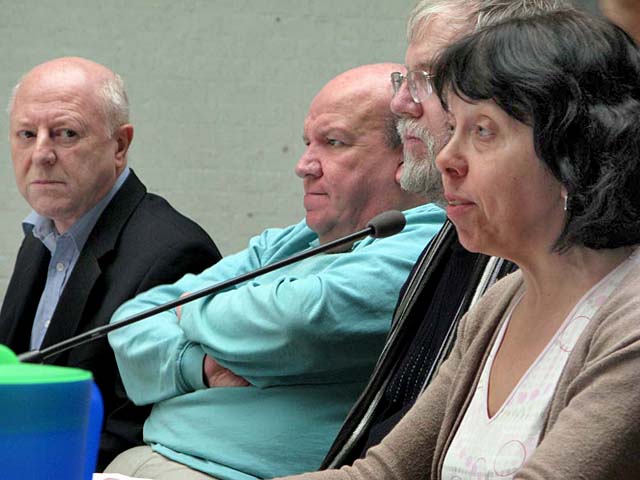 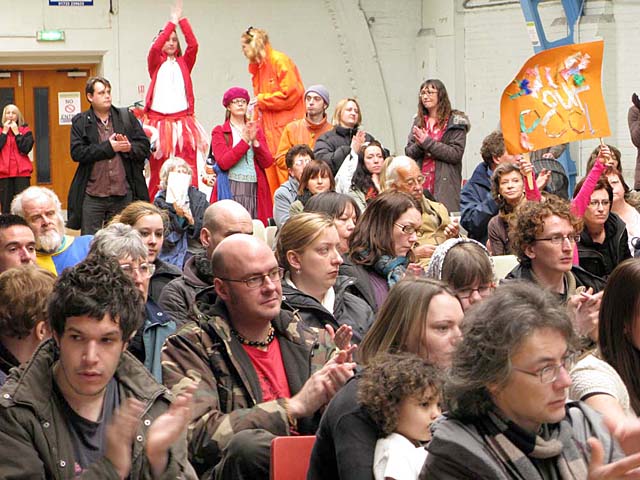 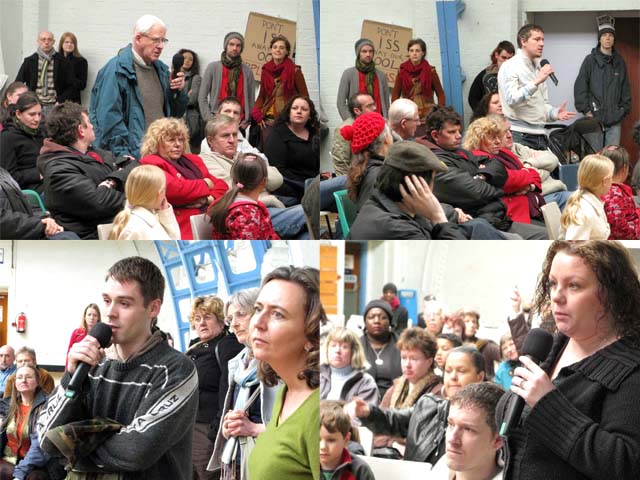 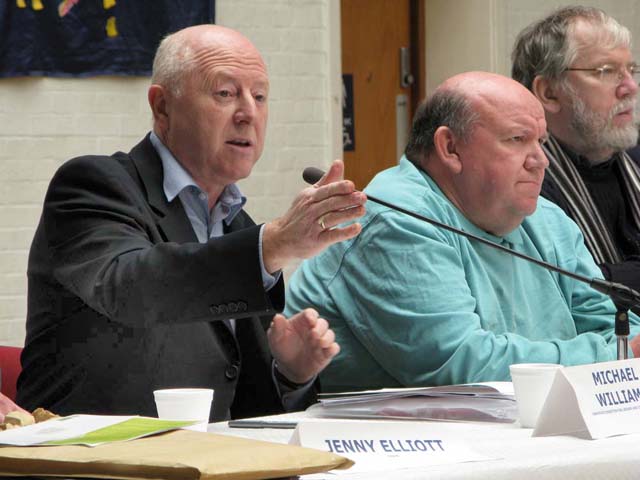 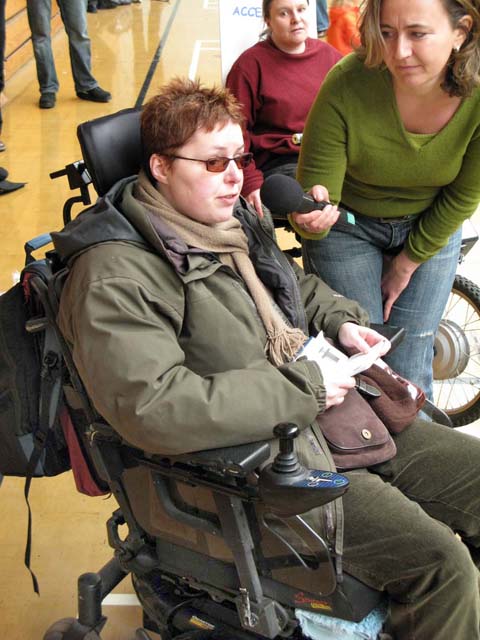 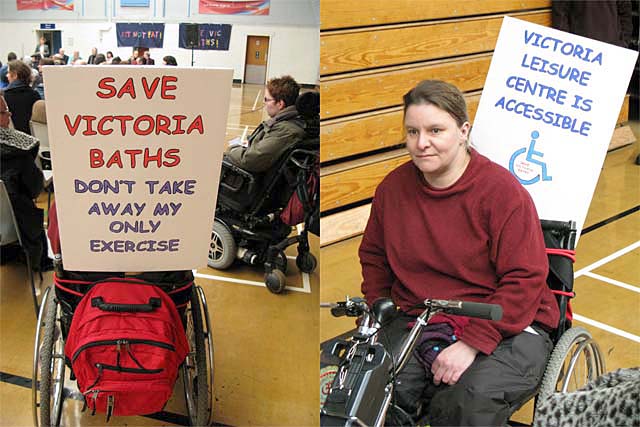 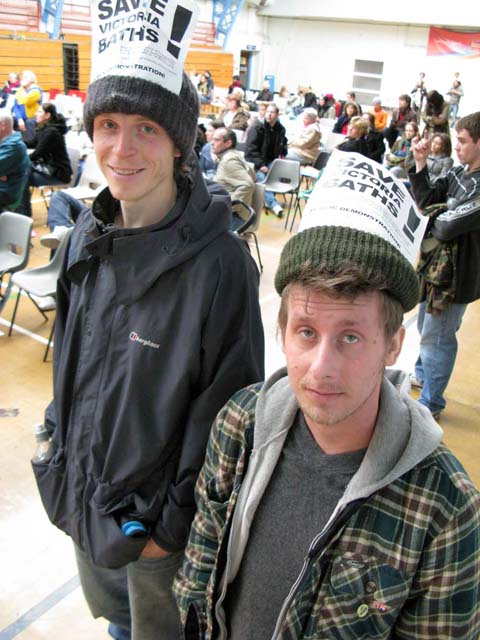 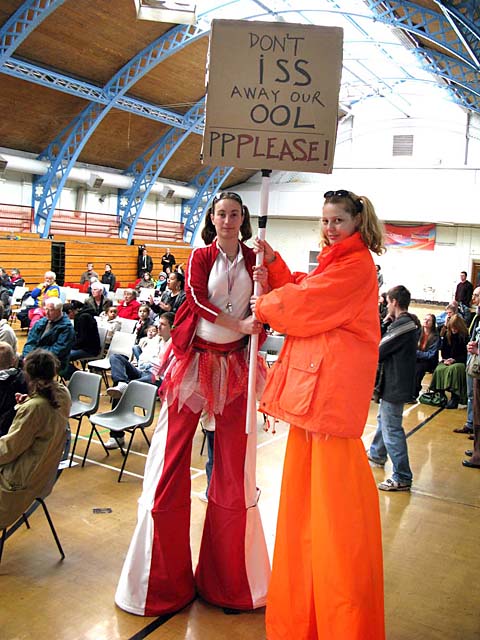 Nottingham City Council have started a consultation process, with a view to shutting the Victoria Baths next to Sneinton Market. The council say: "Closure of the centre, which is situated near Sneinton Market, is being considered.

On Saturday 1st March, people gathered in the Market Square [at 11.30am], and with street performers and a samba band, snaked their way across the city. [Sorry missed this bit, I do my best you know!}

They went to the Victoria Leisure Centre. There, a couple of hundred people gathered for a public meeting to hear the case for against the closure of the facility. Everyone present was horrified by the speed of the announcement and the 'so-called' consultation process. The executive board of the council will meet again, to decide on what action to take on the 18th March.

As with previous meetings, Labour group & Cllr Williams were pressed for clarification on how the consultation would measure opinion. Is it letters, petitions, meetings, filling out the consultation form? The public and campaigners, still have no idea what threshold has to be crossed to convince the powers to change their mind.

The panel consisted of:


Please check out the audio recording made of the meeting.


Council Under Fire From Campaign To Save Leisure Centre {Feature]

This poster was circulated around the internet

The next campaign Meeting is on Sunday 16 March at 8pm at:

This is the final campaign meeting before the council's Executive Board Meeting on Tuesday 18 March. We hope to draw up plans for our response should the decision goes either way.