A group of Nottingham people, making a short film to highlight the issues surrounding food waste and recycling. 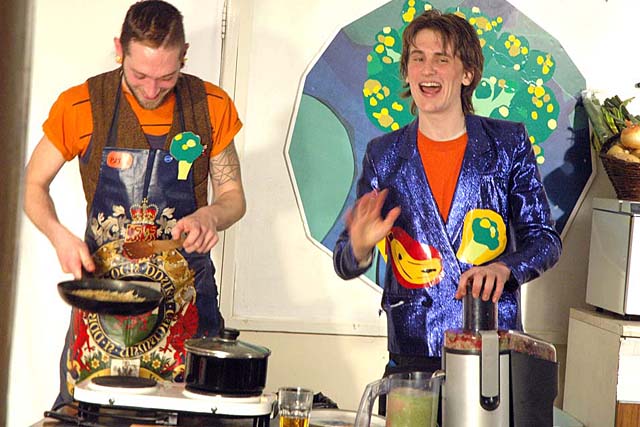 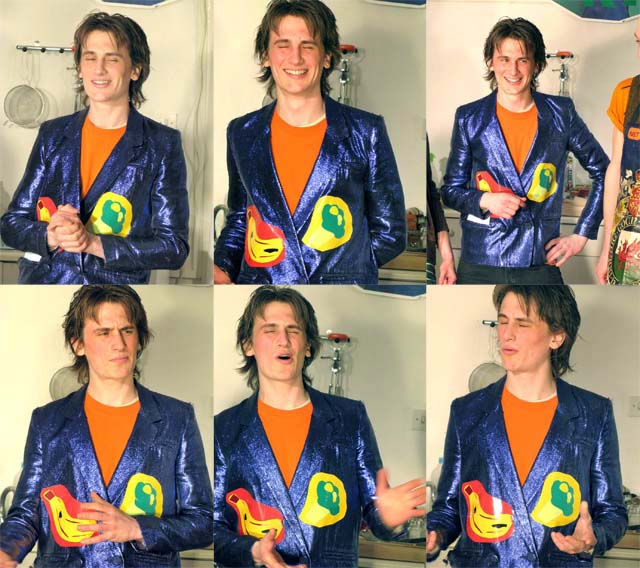 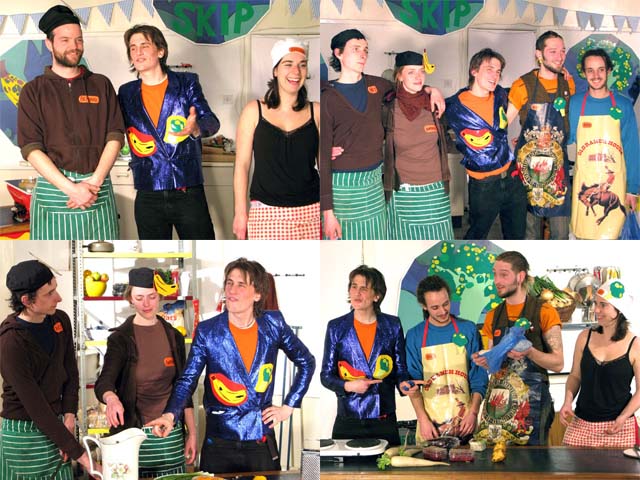 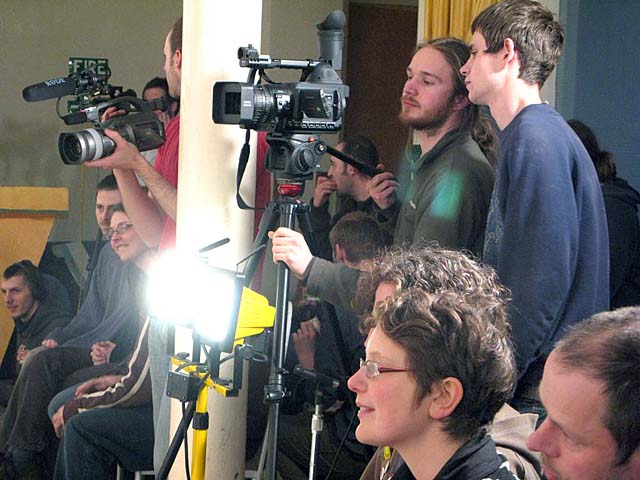 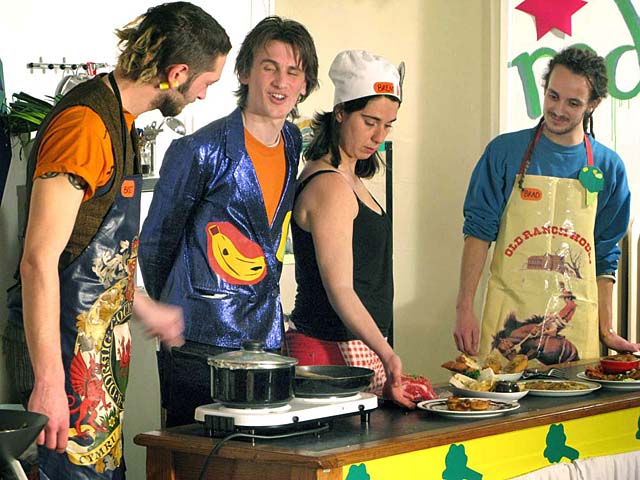 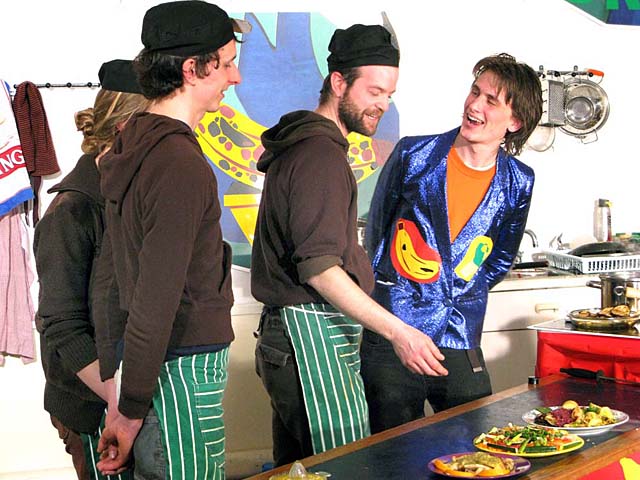 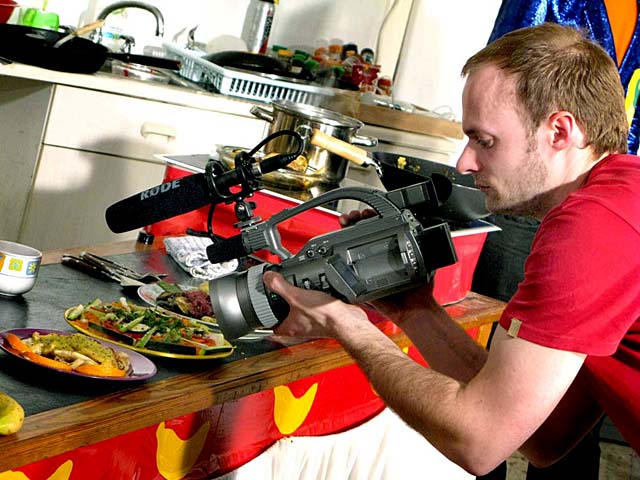 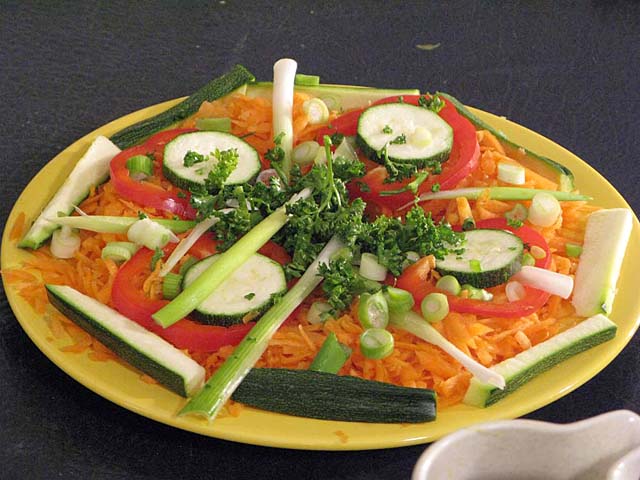 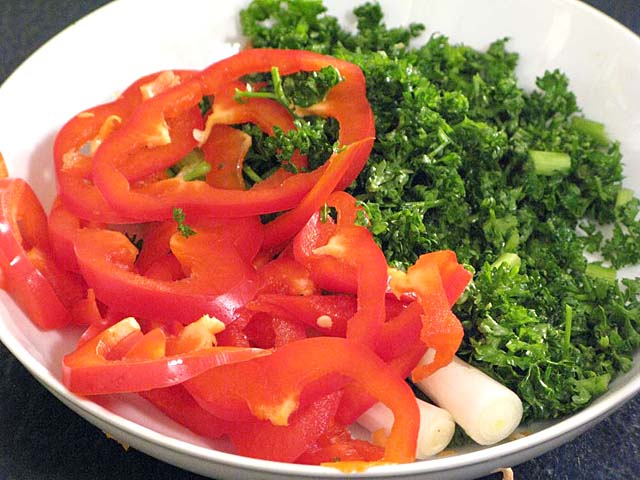 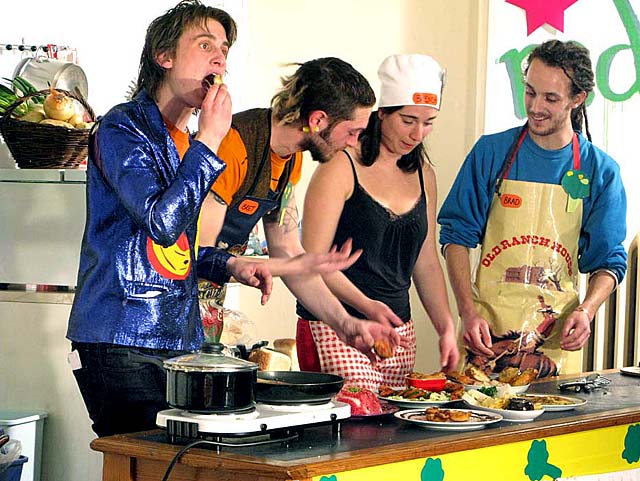 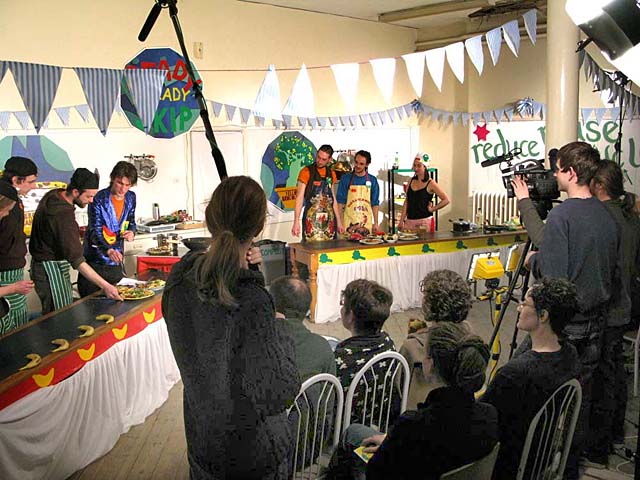 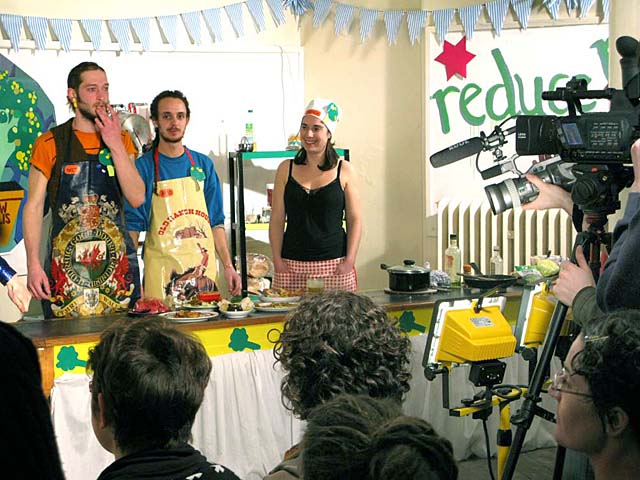 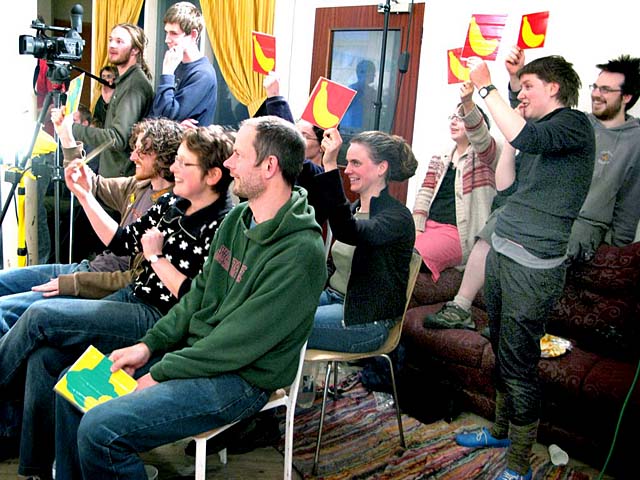 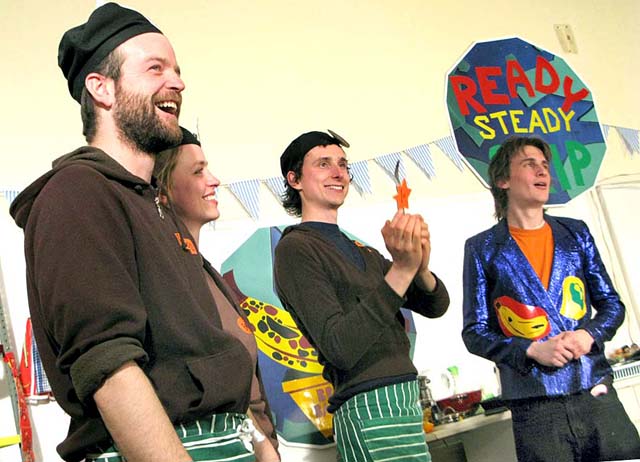 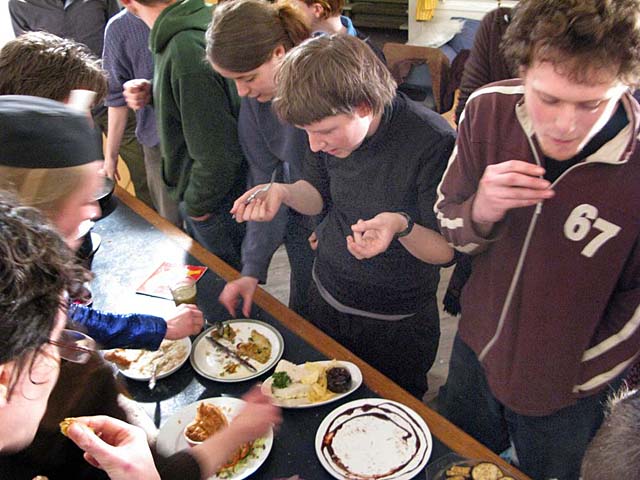 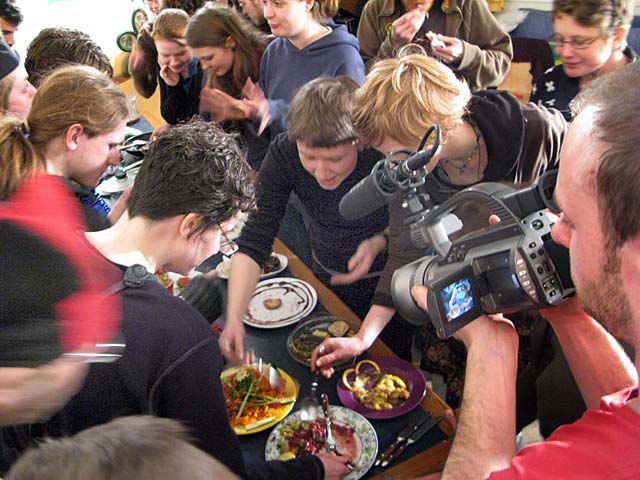 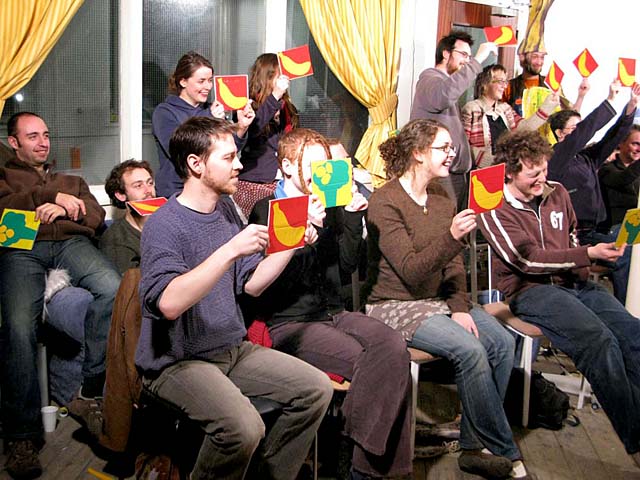 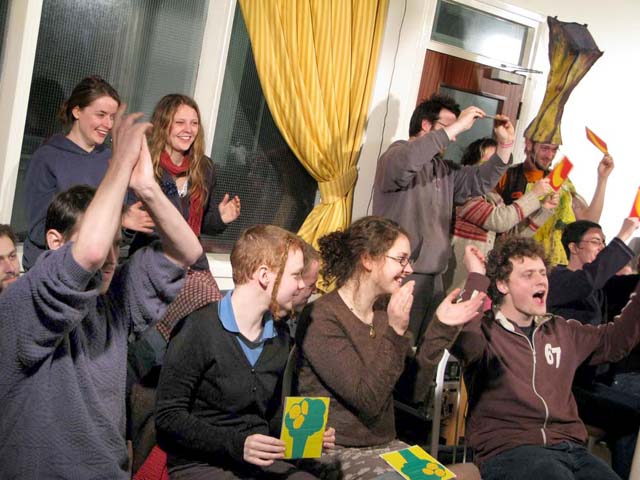 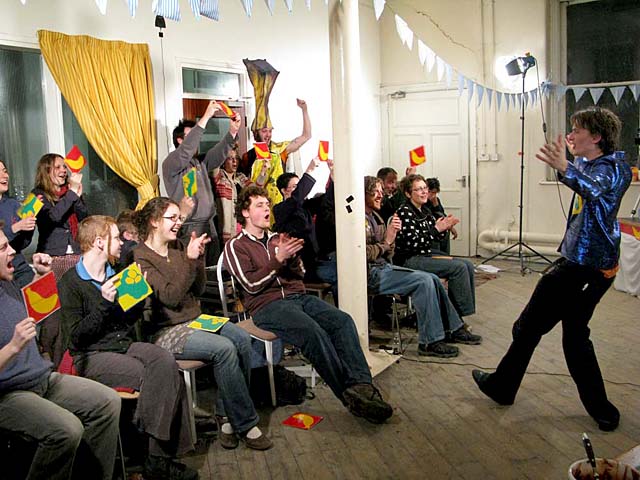 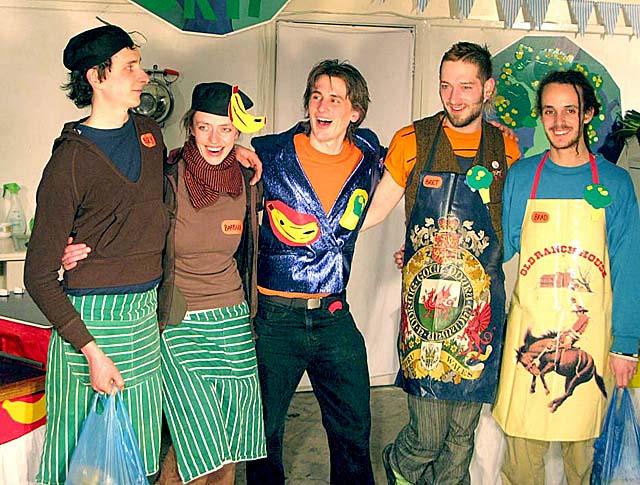 A group of Nottingham people, making a short film to highlight the issues surrounding food waste and recycling.

In front of an invited audience ..... the event was cast in a gameshow style. A cross between Ready Steady Cook and Scrapheap challenge!

People provided their enthusiasm for this thoroughly exciting project. An they help eat the muchies at the end of the gig...... Yum!

I find it particularly galling, that the idea of recycling the contents of a skip, to actually be an offence under Section 60 of the Environmental Protection Act 1990 !!

Now I ask you, in all sincerity, WTF?

Silly me, I would have thought that environmental law, should support the idea of recycling. It’s a complete nonsense. In what way does any government think that this offers any kind of commitment to recycling???

Sect 60 Interference with waste sites and receptacles for waste

The £20bn food mountain: Britons throw away half of the food produced each year
20m tons of food is chucked out from homes and supermarkets, enough to meet half of Africa's food import needs. By Susie Mesure. The Independent

Britain is throwing away half of all the food produced on farms, according to the starkest estimate yet of the amount of edible produce we waste. About 20m tons of food is thrown out each year: equivalent to half of the food import needs for the whole of Africa. ......