Nottingham City Council had signaled it was ready to close the Victoria pool at the Easter. But A strong campaign and local opposition meant it diluted those plans and backed down [just a bit] at a meeting today. On Tuesday the campaign says they have achieved their first aim - delaying any closure while other options are looked at. 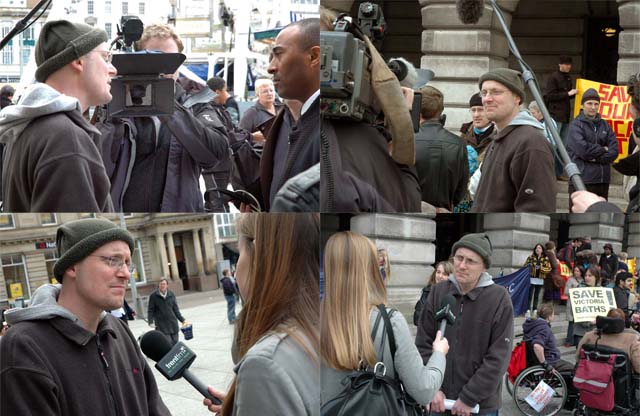 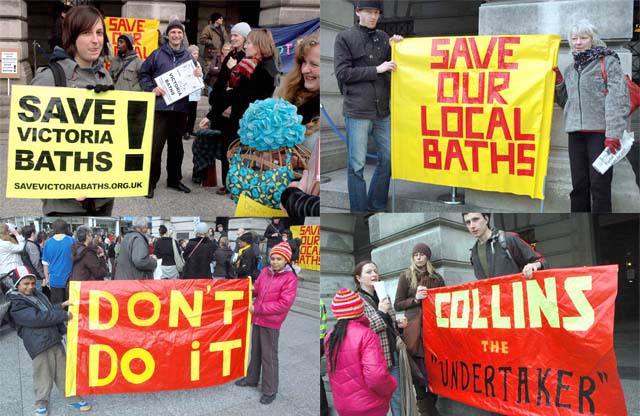 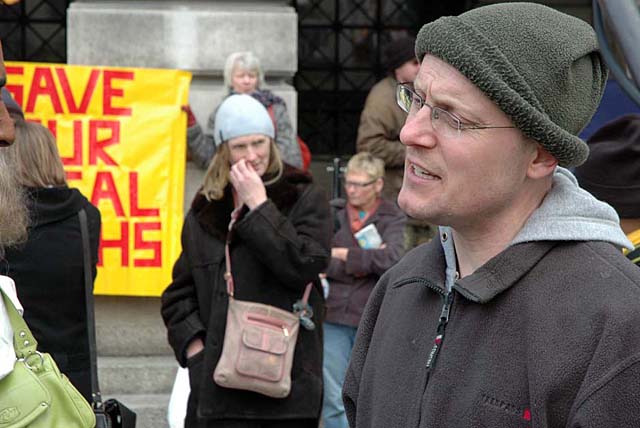 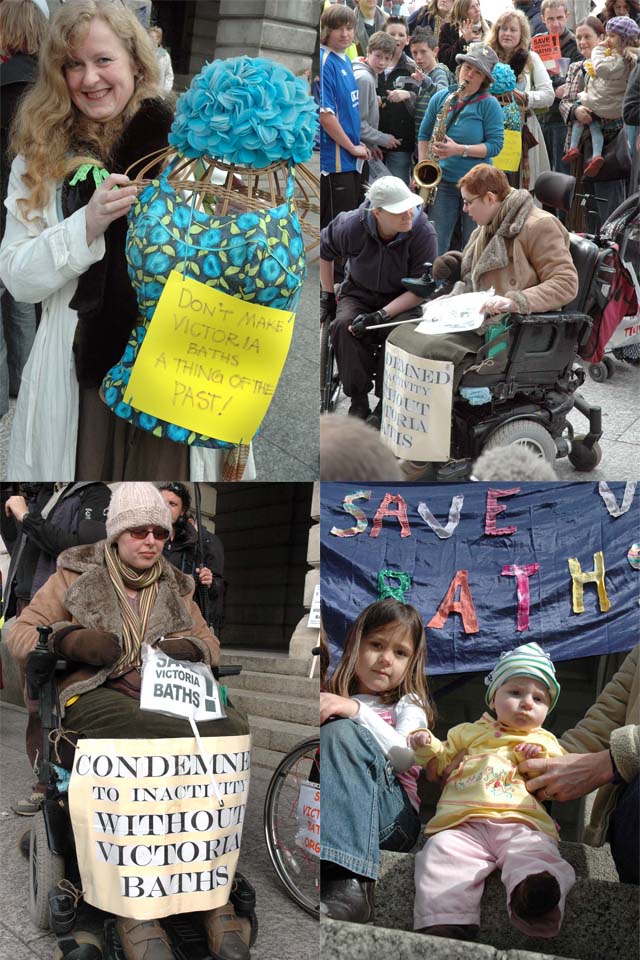 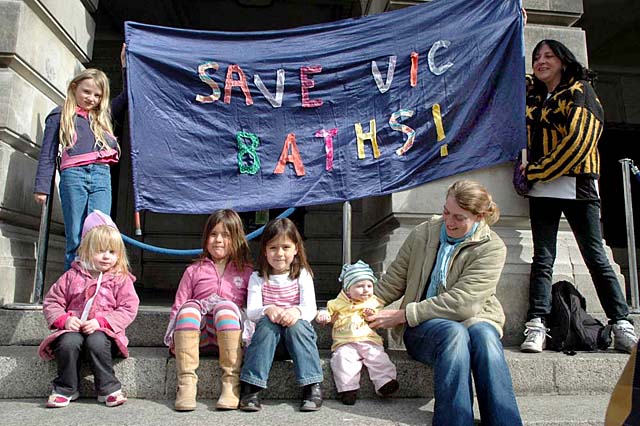 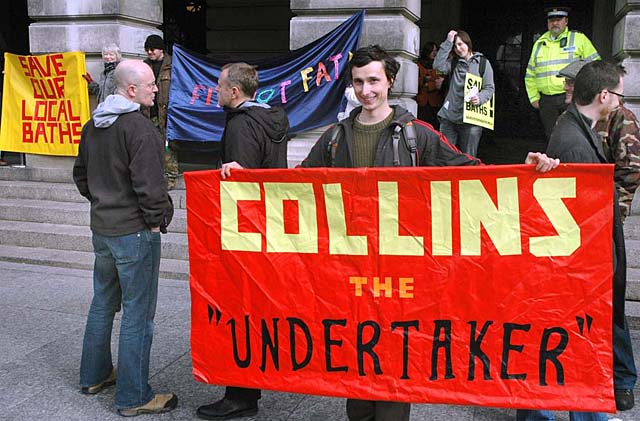 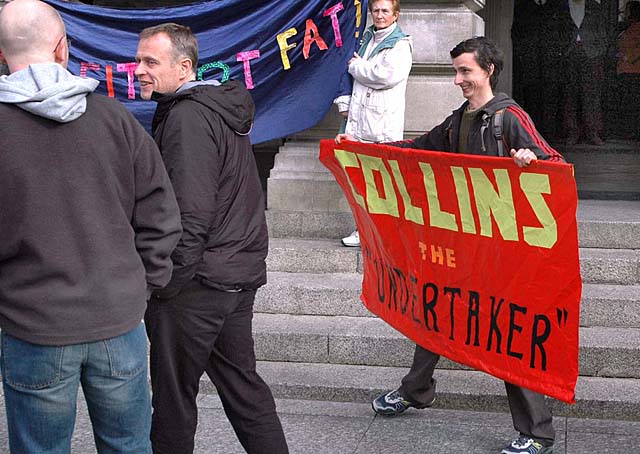 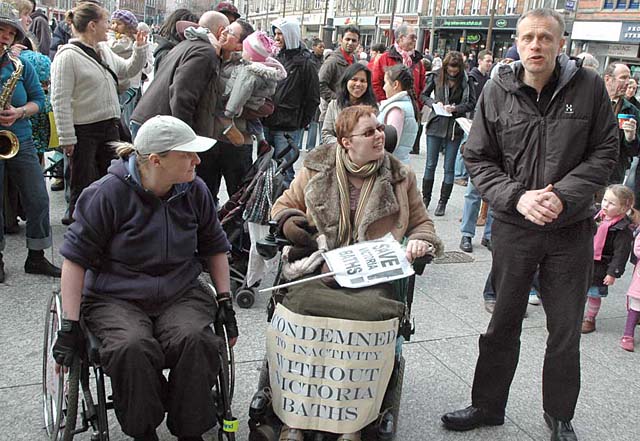 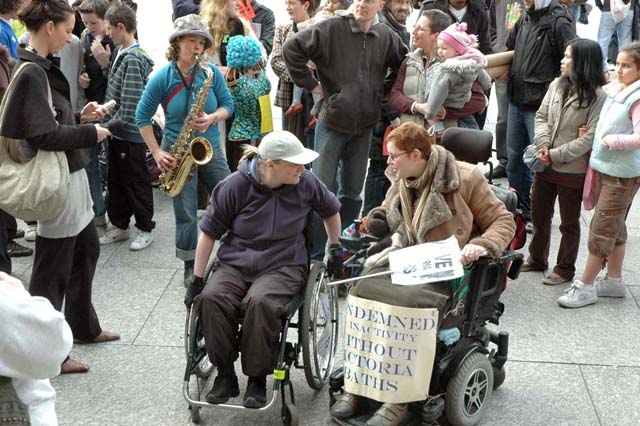 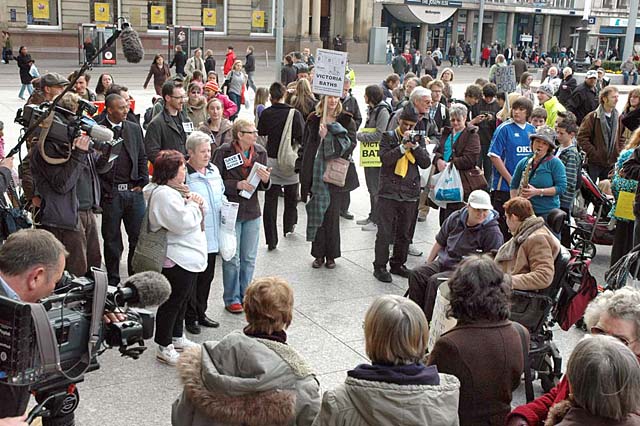 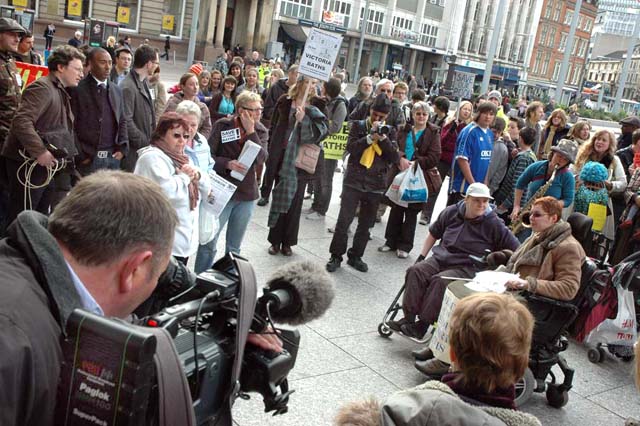 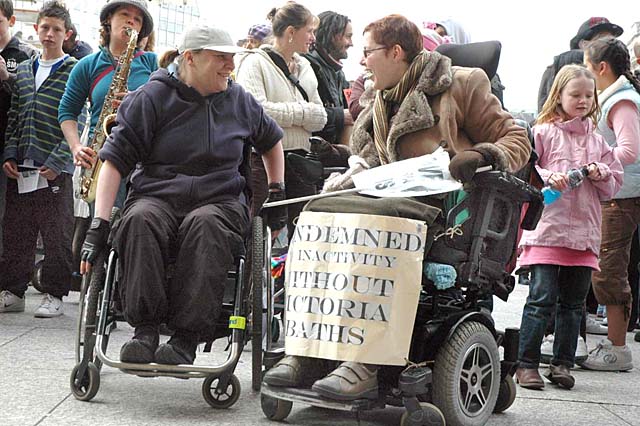 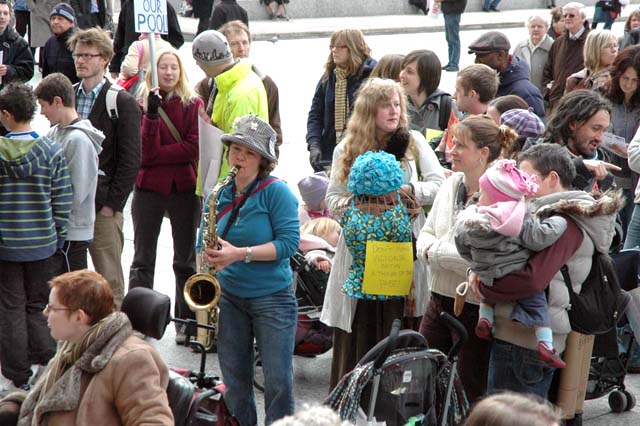 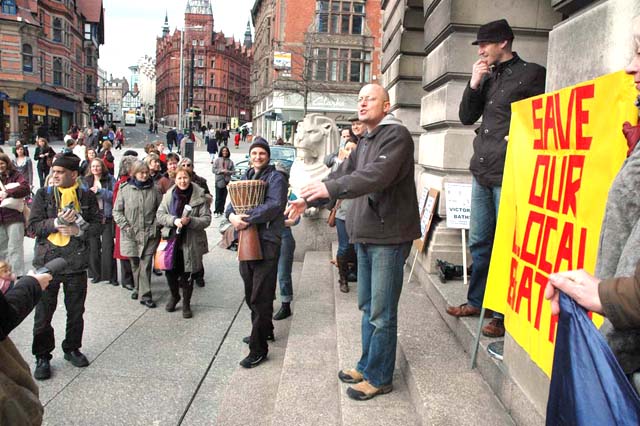 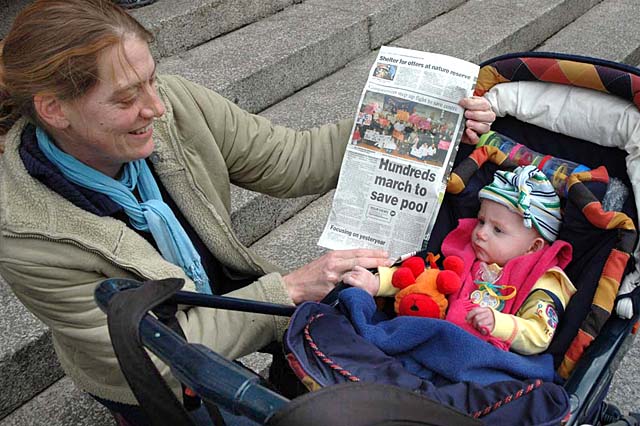 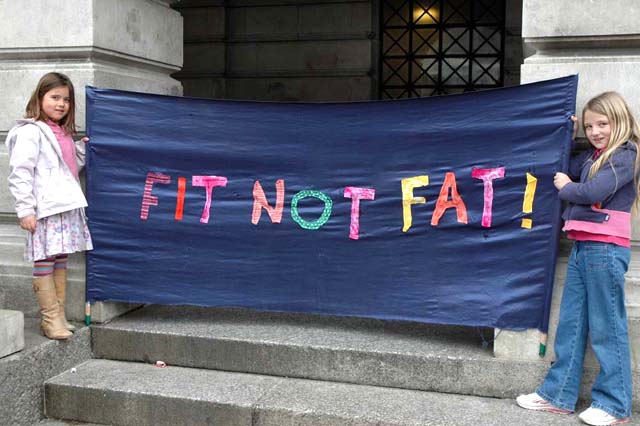 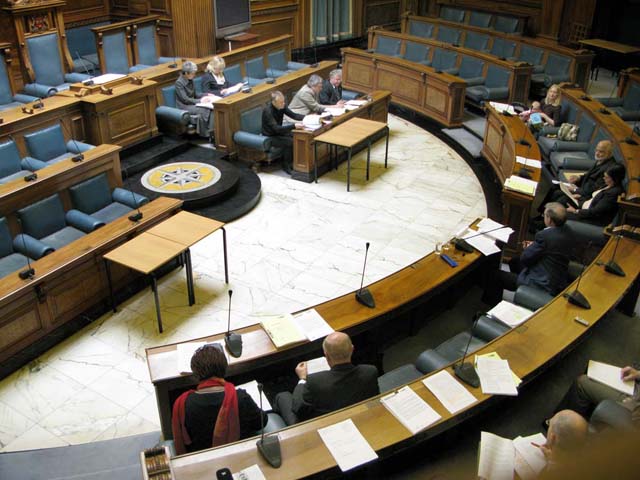 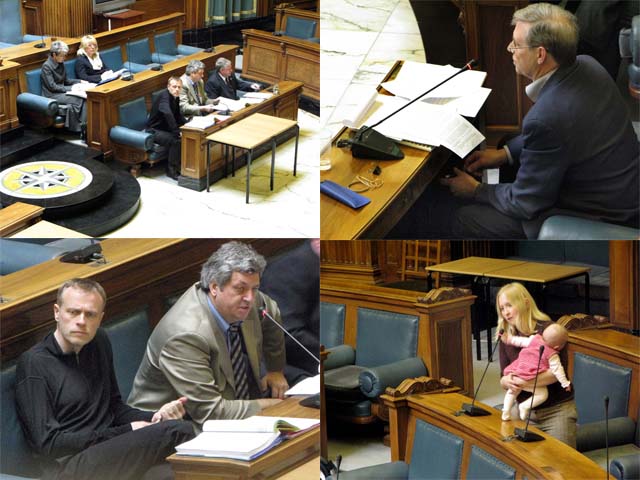 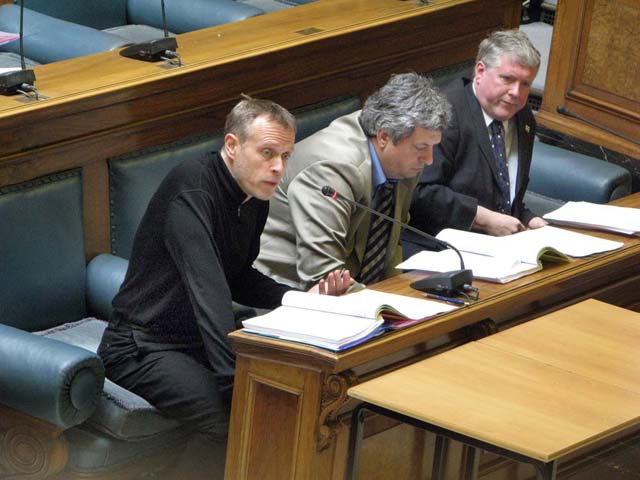 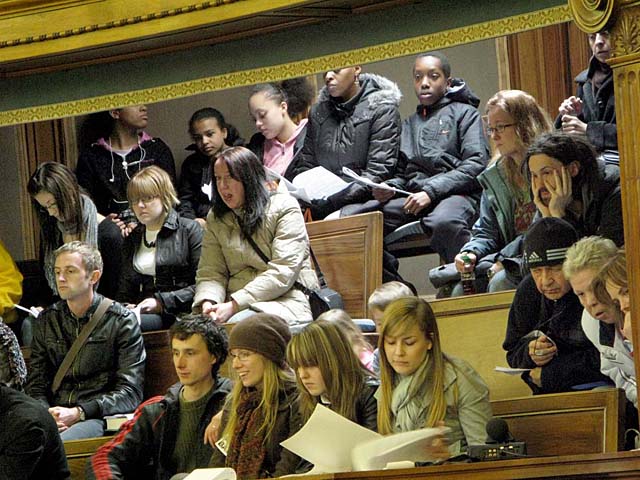 Nottingham City Council had signaled it was ready to close the Victoria pool at the Easter. But A strong campaign and local opposition meant it diluted those plans and backed down [just a bit] at a meeting today. On Tuesday the campaign says they have achieved their first aim - delaying any closure while other options are looked at.

Up to £7m has been pledged for facilities to replace the existing leisure centre. But many think that the building is a local landmark and is worthy of renovation, not demolition.

The council stated that the Sneinton centre will stay open for at least nine months while its future is weighed up by the local area committee - a process that should focus on cost and value. Mat Anderson, organiser of the Save the Victoria Baths Campaign, said: "I see it as a partial victory. It is a big step forward, to get them keeping the centre open pending further consultation with the local community."

SO Tuesday 18 March Nottingham City Council’s Executive Board had met again to make their final decision on the future of Victoria Leisure Centre. This meeting saw two major successes for the campaign to Save Victoria Baths:

First and foremost, they announced that the Leisure Centre will not be closing at Easter as was originally proposed. The Council then granted a further nine months (until Christmas 2008) for consultations and for proposals to be drawn up for replacement facilities. In addition, Nottingham City Council have pledged £5-7 million to invest in these replacement facilities in the east of the city. During the discussion they always used the word ‘replacement’, but we were assured by Jon Collins, Leader of the Council, that this did not rule out the possibility of redeveloping the 'existing site' and therefore investing this money in refurbishment, rather than replacement.

They have also agreed to work closely alongside the Area Committee, the campaign group and local people to decide how this money will be spent. The campaign will certainly be pushing for the redevelopment of the existing facilities, rather than a purpose built centre on a site further from the city centre.

Over the next nine months the campaign to Save Victoria Baths will be pushing Nottingham City Council to:

- Use the existing site for the new ‘replacement’ facilities
- Preserve the important historical elements of this site and respectfully incorporate these into the new facilities
- Provide a minimal gap in leisure provision for the east of the city while the new facilities are built
- Consult and work alongside the campaign group, local people, leisure centre employees and other local organisations to ensure that this money is invested in the most appropriate way
- Ensure that this investment provides a high quality, long-term and sustainable solution for leisure facilities on the east of the city with the potential to service the area for another 100 years to come

Council Under Fire From Campaign To Save Leisure Centre {Feature]

I worked on building the robin hood chase community centre almost 10 years ago which was possibly first building in nottingham to have a green roof.I did the interior fittings with a friend who was training at nottm uni in environmental architecture after working in dodgy building sites across the country.
He has since got ephemsemia from previously breathing in asbestos & other dodgy buidling materials & possibly faces a painful death.

The Vic centre baths should have little dodgy manmade unproperly tested material in them like asbestos or nanomaterial & are well worth renovating. For 7 million a ground source heat pump could be installed with CHP, as well as good value solar heaters to heat the entire pool. There are lots of fun toys that can brought also from mini canoe sessions for kids, wave machine, fountains, doesn't have to have a massive flume although ones could be installed that go outside the building like other pools about nottinghamshire.

From whats left over in the 7million presumably allocated for monster new pool, noel street baths could be renovated this way too & a lido put on the forest recreation maybe or another city area like carrington at pirates park which used to have one. The money saved from building a monster pool building on the forest that was planned on the tree adorned,football & bowling green end, could be used to pay lifegaurds.
A Green Libertarian Municipalist council would have kept old decent facilities & implimented renovations ages ago using modern earthship permaculture design via the resurgent cooperative movement rather than corporations.