No result in Zimbabwe elections

Zimbabwe’s elections have not resulted in a fair decision since the day of voting. An MDC activist, granted asylum and living in Nottingham has offered his speculation on this stalemate. 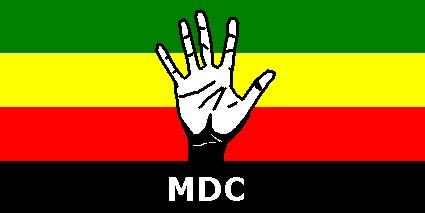 Sometime between Saturday 29th March and Friday 4th April, Zanu-pf and MDC representatives met to discuss Mugabe standing down. The MDC has promised the people of Zimbabwe that if they are elected into power Mugabe will be held accountable for his violence and violation of human rights. However at the negotiation Mugabe would require a promise from the MDC that he will not be prosecuted for crimes against humanity. In order to persuade Mugabe and his government to step aside the MDC have offered assurances that they will not prosecute and instead move towards Truth and Reconciliation, in spite of this Zanu-pf have chosen to cling to power. And what of the MDC’s promise to the Zimbabwean people? It is a difficult negotiation: Mugabe must stand down, but will need to be persuaded to do so yet the MDC cannot betray its supporters. The result is a stalemate and the ability for the Zanu-pf, a corrupt and illegal government to demand a re-run of the elections. Zimbabwe, a population of 13.5 million continues to be held to ransom by a few in power.

Augustine Chihuri: the police Commissioner, Paradzai Zimondi: Head of Prisons and Constantine Chiwenga: The Army General, solidly support Mugabe and have the power to unleash violent retribution on the Zimbabwean people, or imprison those that support the opposition indefinitely, without trial. If Mugabe were to stand down these men would lose their positions of power and also be held accountable for the part they played in the violent oppression of the Zimbabwean people. The current constitution justifies violent oppression and Mugabe risks assassination by his own government if he renounces his position of power. He will be replaced by another Zanu-pf member in order to free those responsible from being held accountable for their crimes against humanity.

The MDC has made a promise to Zimbabwe to prosecute these men for their crimes, including their involvement in the Gukurahundi massacre and the assassination of MDC members. Lookout Masuku was murdered whilst being transported home by police after being granted release from prison, Rashiwe Guzha disappeared without a trace: believed to have been murdered by the Central Intelligence Agency. Captain Nhleya disappeared without a trace: rumoured to have been fed to the lions in Gonarezhon National Park, Talent Mabika assassinated in Buhera, Morgan Tsvangirai’s driver was petrol bombed in his car: murdered by Kitsi Yatota, who has never been prosecuted.

If Mugabe retains power the MDC fear an angry response from the Zimbabwean people leading to a state of emergency, resulting in an escalation of civil unrest, kidnapping, detention without trial, torture and murder. Recently, houses were burned to the ground in Morgan Tsvangirai home town as a direct warning to his supporters.
It is hoped that the European Union, SADC and the African Union can put pressure on Mugabe’s government to stand down and allow Zimbabwe to move forward with real active democratic change.

I would cut supplies into the country and that would start to get things moving quickly but woe the neighbouring leadership all back Mugabe to one degree or another on the basis of an outdated colonial/apartheid hatred. It seem a good opportunity is going pass and the people of Zim are going to have to continue to suffer until Mugabe dies.

Whilst it is important to support genuine grassroots struggles in Zimbabwe and to oppose the Mugabe regime, we should not fall into the trap of supporting the MDC, which is, after all, just another political party with all the failings common to political parties. A change to a liberal democracy would get rid of some of the worst excesses of the Zanu-PF regime and will certainly be welcomed by the people but what next? Will the new government be as subservient to the dictates of international trade as other democratic governments in the region? Democratic Zimbabwe will still be a slave to western capitalism and this will continue to make its people suffer.

People need to do their own research on Zimbabwe rather than listen to the blatantly biased media.

Amnesty International has been a vocal critic of Mugabe on human rights. Yet, the first sentence in their 2007 Zimbabwe report states: 'The human rights situation continues to deteriorate, in a context of escalating poverty.'

What does their report say about the preceding country - 'There was a marked increase in the number of civilian deaths as a result of police shootings.'

And the country before that: 'Dozens of people arrested in previous years in the context of "the war on terror" remained in indefinite detention without trial.'

Below is what the US State Department say about Zimbabwe. Please compare this with what could be said about the US, particularly what black people or Native Americans could say about the US.

‘a. Arbitrary or Unlawful Deprivation of Life
Unlike in the previous year, there were no reports of politically motivated killings by the government or ruling party supporters…

b. Disappearance
There were no reports of disappearances during the year…

d. Arbitrary Arrest or Detention
The constitution and law prohibit arbitrary arrest and detention; however, some laws effectively weakened this prohibition, and security forces repeatedly arbitrarily arrested and detained persons…’

This is a report of a fact-finding mission by US politicians in 2002:

One of their conclusions is:
'We found the media accounts to be exaggerated in many respects when dealing with the modalities of the land reform program, freedom of the press and human rights conditions. In fact, despite its current financial difficulties through a combination of drought and external sanctions, Zimbabwe remains one of the most stable countries in Africa. Its economy also is still the largest on the continent after South Africa’s.'

Like that worked against Saddam Hussein in Iraq (not that I support bombing Zimbabwe mind).

Sceptic, capitalism is not “Western”, it is in non-Western countries too. Currently the economy is in crisis, and Morgan Tsvangirai has shown by his refusal to commit violence himself and by his determination to (peacefully) fight on (rather than give up campaigning) that he is interested in the welfare of the country. Capitalism is not perfect, but it’s better than the current situation in Zimbabwe.

Also, bringing up documents that blatantly state 2006 on them to try to prove that almost all the media sources (from independent media to mainstream media) are all part of some major conspiracy aimed at lying to everyone… this is ridiculous. One of the worst examples of pro-dictator propaganda I’ve ever seen Sceptic.

And for anyone who is a Pagan (any path) who wants to directly act if called to do so: go to Facebook and join the group called International Pagan Alliance