Object to the BNPs "festival"

The deadline for objections to the BNPs "Red White & Blue" summer festival is THURS MAY 7TH. Everyone is encouraged to object to a license being granted to this fascist rally, being held in rural Derbyshire from 15-17 August.

The BNP hold their annual "summer festival", the "Red White and Blue", on a farm in Amber Valley, Derbyshire, owned by clapped-out local fascist Alan Warner. They have applied to Amber Valley council for a licence for alcohol and entertainments.

Two things for anti-fascists to do:

1. Object to the licence NOW! Email to :

2. If the licence is granted, or it goes ahead unlicenced, there will be a large mobilization against the RWB. Put the date in your diaries now, and be there! (For more info see

We will fight this event!

I was in Israel earlier this year and I would love to speak about the racism I encountered there. One day I was going through a check point to get to Bethleham and I witnessed an old Bedwein couple being abused by a brave border policewomen who sat behind a thick sheet of perspex glass.

Thankfully she stopped when she say me coming but the couple were taking into a room. I was nearly in tears when I say this. I still feel ashamed when I think about now because there was nothing I could do for them even though they pleaded with me to help them. I was told by the people with me that if I intervined it would be worse for the them.

I have loads more of these experience to talk about.

plead with facsists in power

so should we plead with fascists in power or should we welcome this 'festival' with real democracy? If they want to be brazen about their cowardly opportunistic hatred and murderous intent towards minorities in the heart of the empire why don't we defend our selves against them the only way that can stop them? pleading with the government is worse than doing nothing at all unless all you want to do is have the opportunity to be arrested

Its time the fascists paid for stirring up hate in the communities.

Back in the 70s the anti-racist forces were not afraid to throw a half brick from time to time... are we all turned to cowards now?

theres a time & place for almost everything, object!

theres a time & place for almost everything, object!

you say throw a brick from time to time, surely that makes us worse than the fascist scum themselves.they use the ballot box now .if we return to stone age methods then the masses will see us as the bad guys and the fascists as mr nice guy......very clever 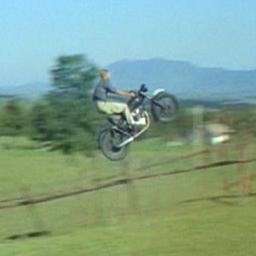 Welsh green gathering & Big green gathering both internationally respected have been banned& or stopped due to extortionate police charges, how much of Glastonbury fee goes on paying police"security" BNP should be charged triple& our diverse music scenes add billions to the economy.

The Nazi BNP councillors record in UK alone says it all, led by a convicted holocaust denier, terrorist supporter with councillors involved in wife abuse & murder like one from North nottingham.Plus record of serious violence at RWB just between the BNP members themselves.

If this perverted gathering is allowed its a travesty& our duty to blockade these scumbags, their lucky thats it, British people are too nice sometimes. Any decent people in it should dump the "British" Nonce-worshipping party now & realise you have been taken for ride & get back your hard earn't cash from Griffins hole in the ground compound in Wales.

Here they come the fatty boneheads,they aren't proper skinheads,
The great "British" Nonce-worshipping party all true British people hate,
Led by Colonel Gaddaffi's mate who enjoyed tea&hobnobs at oxford with Abu Hamza,
Mr Nicholas Griffin the apple of his Tory councillor daddies eye,
How dare they hide behind the british flag!
How dare they hide behind freedom of speech!,
How dare they hide behind democracy our grandparents fought for!,
Even the dregs of Mordor wouldn't murder kids,
Hitler said he wanted peace, that he loved children,
just like Stalin & President Truman who nuked Japan after war was won,
But even Stalin &Rockefellers boys didn't systematically murder children,
Griffin & Collets God Mr Hitler won the prize for worst pervert of them all,
They pretend to have changed, but we know their game,
They pretend to be honest, don.t make us laugh,
If they really cared about Britian they would change their evil ways or kill themselves

Didn't the Northern Big Green Gathering share the same space as was also then used by the RWB? A bit of a faux pas although I never found out if they were aware of this at the time.

Either way, let's shut down the BNP fash fest!