A new open-cast coal mine site is about to get underway in beautiful Derbyshire, unless we stop it now. Help us send the message loud and clear to UK Coal to leave it in the ground! 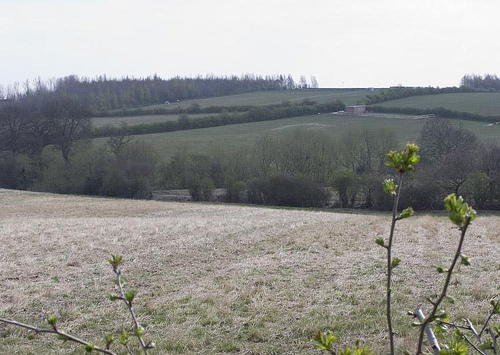 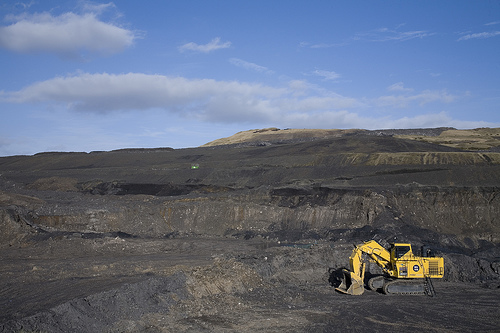 After (if we don't stop them)

Noise Demo at UK Coal, nr Doncaster
Monday 9th June
Meet 12 noon at Doncaster train station.
There will be lifts to UK Coal’s HQ - but bring transport if you can.

Bring: banners, things to make noise with, food, people, tents, room to give people a lift.


What’s going on?
Lodge House site, which is east of the village of the Derbyshire village of Smalley, is one of seven
sites that UK Coal is to open-cast. The area is rich with wildlife and backs onto Shipley Country Park. It is about to be devastated, despite objections from local councils, residents and local environmental groups. The Secretary of State granted planning permission in 2007 and work is to commence any day now.

More destruction to come?
The 122 hectare site will have one million tonnes of coal ripped out over five years and 'returned back to its natural state' according to UK Coal. However, they will not be able to replace ancient edges and mature trees, and they will be able to expand beyond the 122 hectares without needing further permission. Residents were excluded from parts of the planning meeting on grounds of commercial confidentiality, which suggests that the plans may be bigger than UK Coal is letting on.

A dirty fuel, a changing climate
Coal is not clean energy, and with the new onslaught of proposed power stations, UK Coal are looking to cash in on climate devastation and destruction unless we stop them. Burning coal to produce electricity is threatening the global environment and all our futures..


To combat open-cast mining, a new action group "Leave it in the Ground" has formed, supported by Earth First! and other environmental groups.

Leave it in the Ground
Homepage:

For a bit of history on protests against open cast mining see:


Leave It In The Ground

promoted on the Guardian!