UK Coal is about to devastate a beautiful part of the Derbyshire countryside by starting an open cast mine. So ‘Leave it in the Ground’ and Earth First! decided to make some noise over it with people from Derby, Nottingham Leeds, Sheffield, Manchester and Brighton as well as other places, all travelled to UK Coals Head office in Doncaster to make some noise. 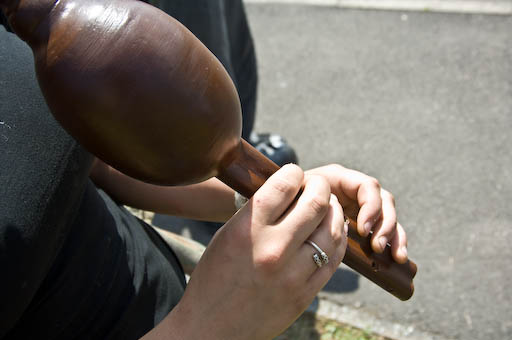 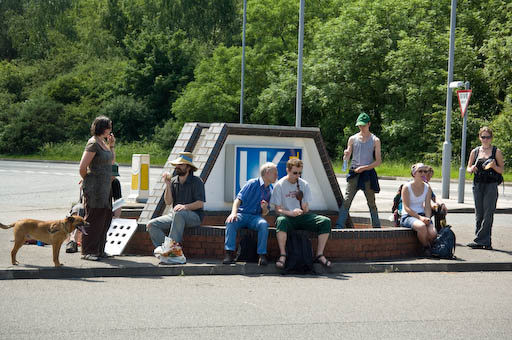 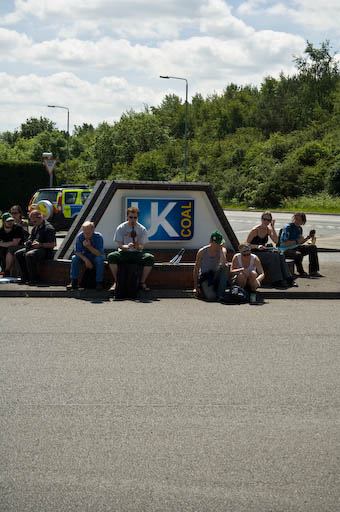 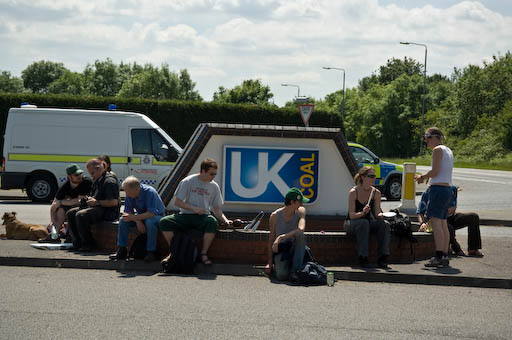 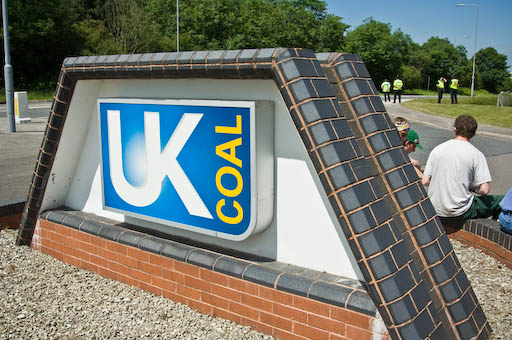 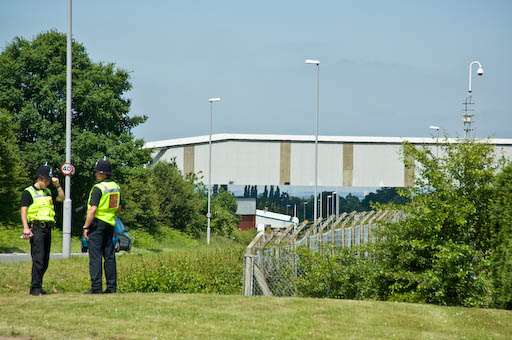 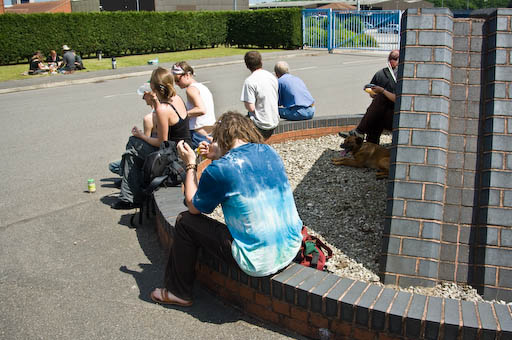 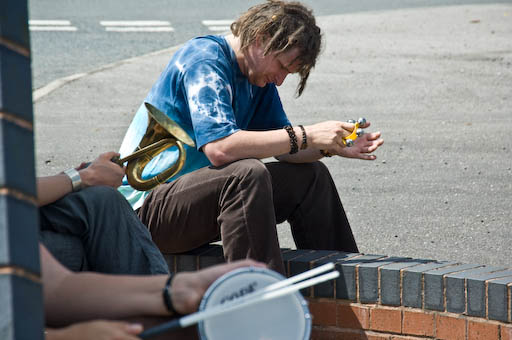 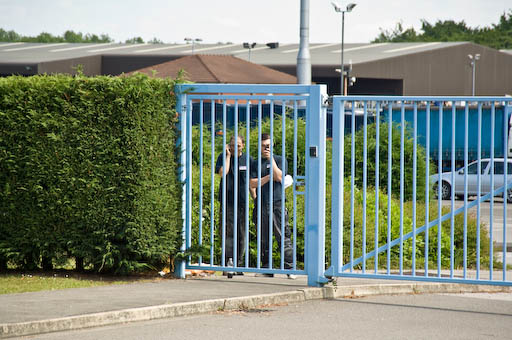 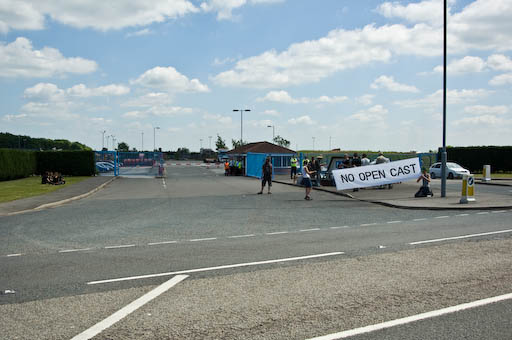 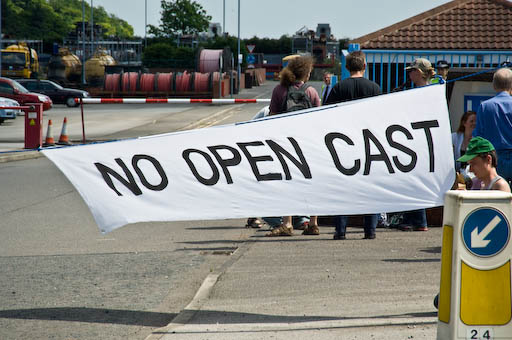 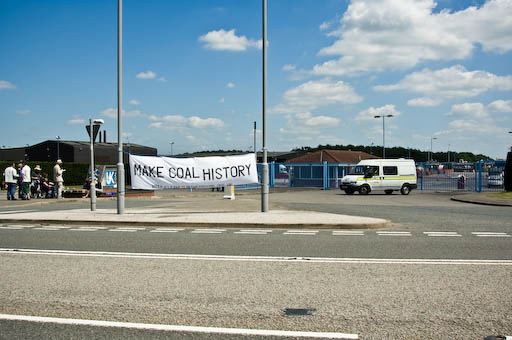 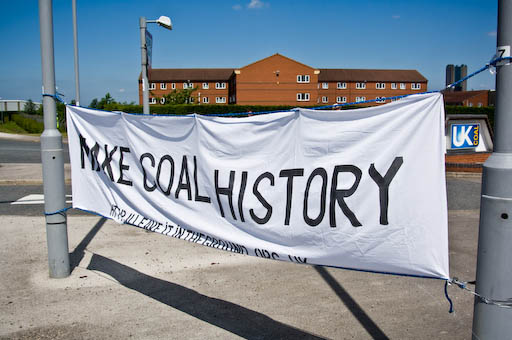 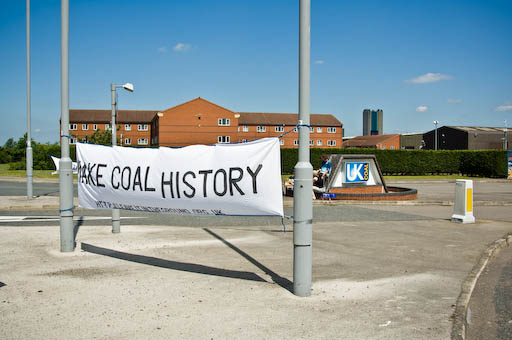 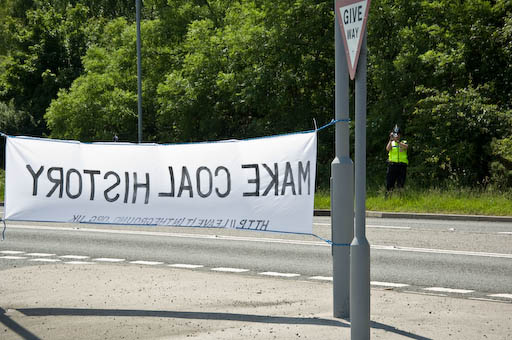 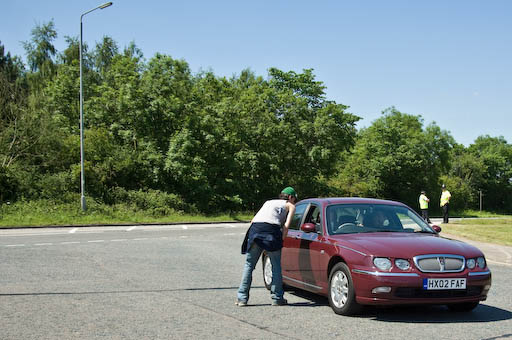 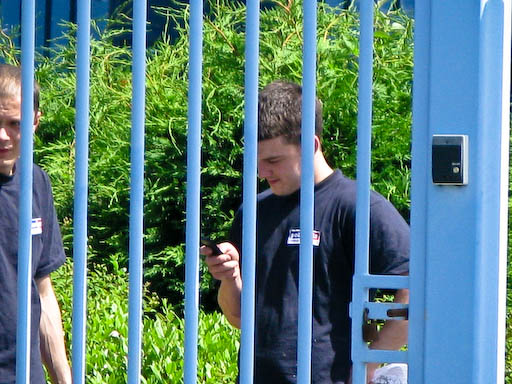 UK Coal is about to devastate a beautiful part of the Derbyshire countryside by starting an open cast mine. So ‘Leave it in the Ground’ and Earth First! decided to make some noise over it with people from Derby, Nottingham Leeds, Sheffield, Manchester and Brighton as well as other places, all travelled to UK Coals Head office in Doncaster to make some noise.

On arrival the police were there as expected, but did little to engage us and a little later in the day a 2 police officer’s with a camera and a video did appear in a daft attempt to intimidate us. UK Coal had there own security at the gate who just stood there more bored than the police.

The day was hot and very sunny at the bleak entrance of UK coals Head Office, a soul less place with nothing that said they were very proud of their company, no ornate plants, flowers or trees, just a big maintained hedge for their privacy. It is no wonder they are happy to destroy beautiful countryside for the dirty coal.

Every one was in high spirits and chilled as we all made noise for the afternoon in the sun. The plod just looked bored and there faces were getting redder by the hour under the fluro’ jackets and helmets.
We were fine of course, as we occupied the UK Coals sign for the only bit of shade while the plod kept roasting; we also sat around eating cake, pasties and sausage roles all from Veggies in a take out form, while still making a din.

At times the noise sounded good and they deliberately had to try and play badly just so it was annoying, after all it was no picnic. Banners were also hung and a police officer told us we could tie them to a lamp post, not that we needed his permission. Drivers coming in or out were also leafleted and many motorists passing the entrance beeped in support (probably ex miners who hate open casting with a passion)

It’s not just the local open cast, people are opposing of course but also the UK policy on coal that is now outdated as climate change looms in front of our eyes. Burning coal is threatening the global environment and all our futures and UK coal are cashing in on climate devastation and destruction. The Lodge House site in Derbyshire is just one of 7 sites and Lodge house will have 1 million tonnes of coal ripped out of a 122 hectare area in 5 years

http://leaveitintheground.wordpress.com for the latest information

Police intrusiveness/initmidation was employed on those who arrived shortly after the main group. Two evidence gatherers video recorded us as we approached and positioned themselves so that we had no choice but to pass within six feet of their cameras.

I resisted asking exactly what crime they were collecting evidence of. They choose a job where they have no decision making role. They don't know or really care why they are there as long as their fat salaries are paid and they can retire soon on bloated pensions.

It was announced in the media today that record numbers of pensioners are living in poverty.

How do you prefer your taxes to be spent?